Go east: The wild side of New Zealand’s North Island 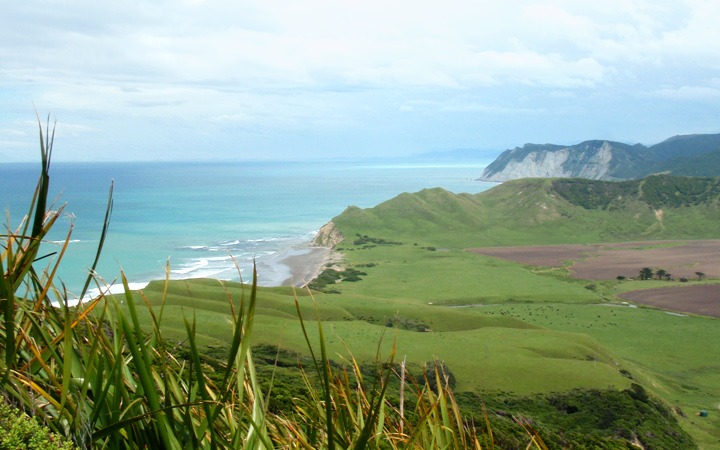 New Zealand’s North Island is packed with amazing, world-famous sights, from the Bay of Islands and the thermal pools of Rotorua, to Lake Taupo and the Tongariro Crossing. When we were planning the route for our road trip around the island it had to include all of these, but we also wanted to get away from the crowds and see something different. So we decided to head east. The East Cape is the North Island’s lesser-known corner, with unsealed roads, wild coastline, wineries and plenty of Maori culture.

The most popular route around the North Island takes you south from Rotorua towards Taupo. But instead we took Highway 30 east, past volcanic lakes and vivid green fields until we emerged out on the coast at Opotiki. This is the biggest town for a while so a good place to stock up on food (which we didn’t) and petrol (which we did) before heading off on State Highway 35 – aka the Pacific Coast Highway. Like its Californian namesake, this highway hugs the coastline past jagged cliffs and secluded bays. 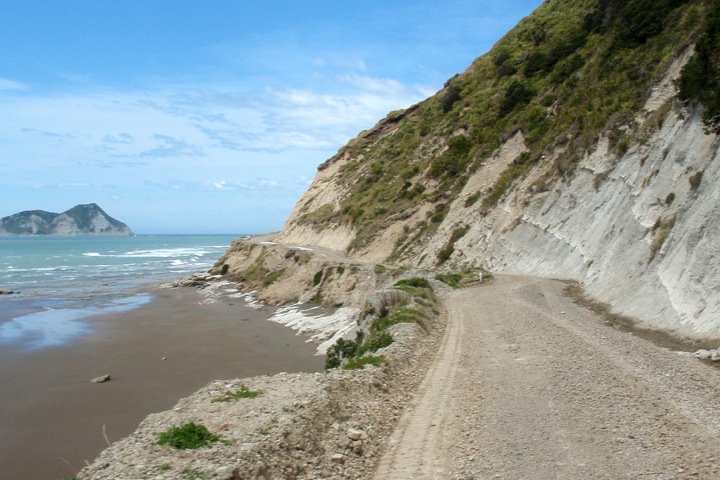 The wild, unsealed road out to the East Cape Lighthouse

There’s not much in the way of accommodation around here, but before we had to resort to sleeping in the car, we came across Maraehaeko Bay Retreat. Down a steep track off the main road, this backpackers has an idyllic beachfront location. The whole place has a barefoot, Robinson Crusoe vibe with driftwood sculptures and hammocks slung between the trees.

Owner Pihi took us under his wing, sharing his day’s catch of crayfish and tarakihi fish and stash of beers with us while everyone gathered around the campfire to watch the sun go down. In the morning he took my friend Linda out fishing or you could kayak, horse-ride or spot dolphins on a boat trip, but I stuck to collecting shells on the shore. It was such a relaxing place that we were seriously tempted to stick around for a while, but the road was calling onwards. 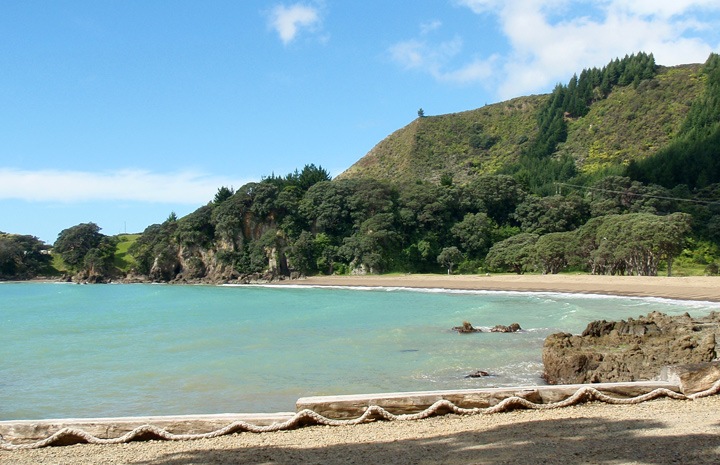 The beach out the front of Maraehako Bay Retreat

Back on the 35, we took a detour at Te Araroa onto the unsealed road right out onto the edge of the East Cape itself. The track bumped along the gravel past wide windswept beaches and out to the most easterly point of the North Island, and we didn’t see a single other car on the way. At the top of a hill here is the East Cape Lighthouse. I struggled up the 700 steps to the top in a serious headwind, pushed down almost as fast as I could climb, but the panoramic views from the top were worth the effort.

On the main road again, we passed Maori villages with their maraes – sacred areas of land with intricately carved wooden buildings used for religious and social events. This part of New Zealand was made famous in the film Whale Rider, and you can do a tour of the film’s locations and meet their Maori cultural adviser. 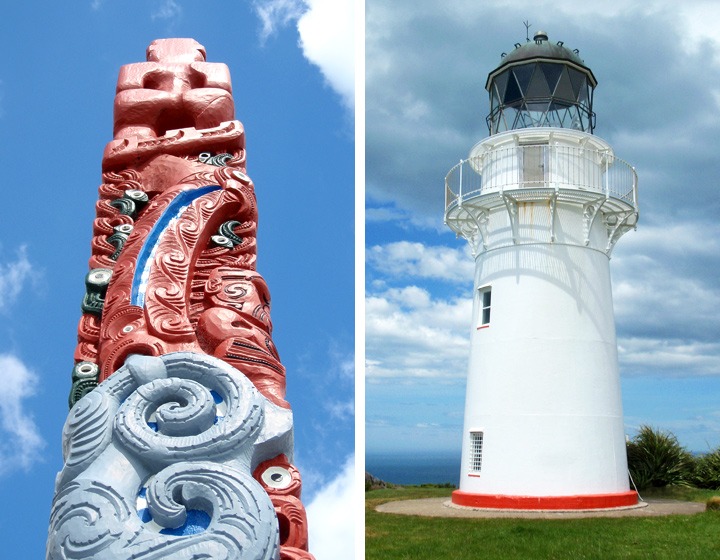 We also passed by Tolaga Bay, on a rough coastline which was only accessible by boat for years til the locals built a 600m-long wharf, the longest in New Zealand, before driving the last 90km on to the city of Gisborne. Gisborne is apparently the sunniest spot in New Zealand, and it didn’t disappoint while we were there. The sun also is also great for grape growing, making Gisborne the country’s ‘Chardonnay capital’. There are wineries all around the city where you can do tastings, but as we didn’t have time we did our own unofficial tasting with a few glasses in the harbourside Works Restaurant and Bar while we watched the boats come in. It also turned out to be bonfire night – weirdly celebrated in NZ as well as the UK – and bonfires were lit all along the beachfront, with their twinkling lights stretching for miles. 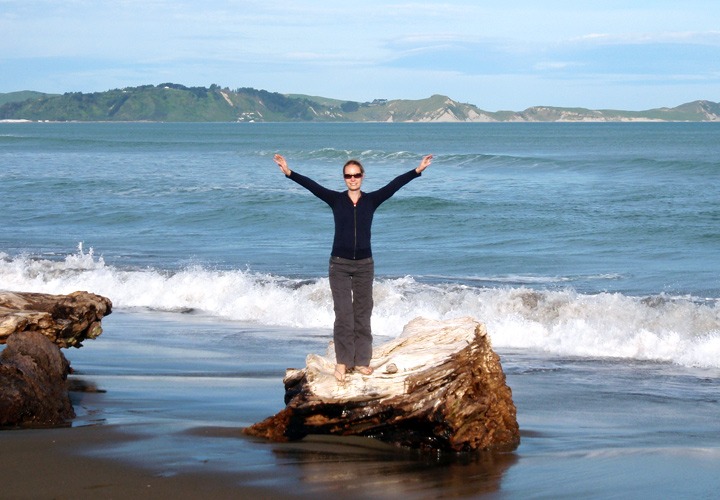 On the beach at Gisborne

Heading onwards from Gisborne, we swapped the 35 for State Highway 2, which leads all the way to Wellington. Following a tip off from our previous night’s hostel, we did a quick detour onto the Mahia Peninsula. Originally an island but now connected the mainland by a sandbar, it’s surrounded by sandy coves and a turquoise sea. It’s a popular holiday spot with good surfing and diving, but outside of peak season we had the beaches almost to ourselves. The winding roads led us to Cafe Mahia for a stop-off for coffee and cake with a spectacular view across the peninsula. 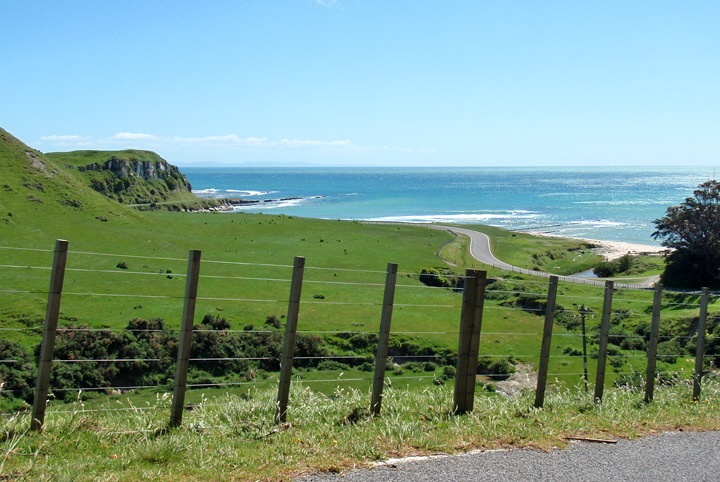 Windy roads around the Mahia Peninsula

And from there it was only a couple of hundred kilometres on to the end of the East Cape route – the city of Napier. Most of the city was destroyed in an earthquake in 1931 and it was rebuilt in Art Deco style. A lot of the buildings still remain and you can do walks and tours around them with the city’s Art Deco Trust. Then from Napier you can head south to Wellington or do what we did and rejoin the crowds in Taupo to the north – back on the beaten track but having had a taste of New Zealand’s wilder side.

Other than Australians, all visitors to New Zealand need to obtain a visa before you travel. Visitors from the UK, USA, Europe and many other countries can apply for the NZeTA visa for New Zealand (New Zealand Electronic Travel Authority) online, which costs £49.95 per person. The NZeTA is valid for two years, with multiple visits permitted and a maximum length of stay of three months. The visa is sent to you electronically once it’s approved (normally within five days). 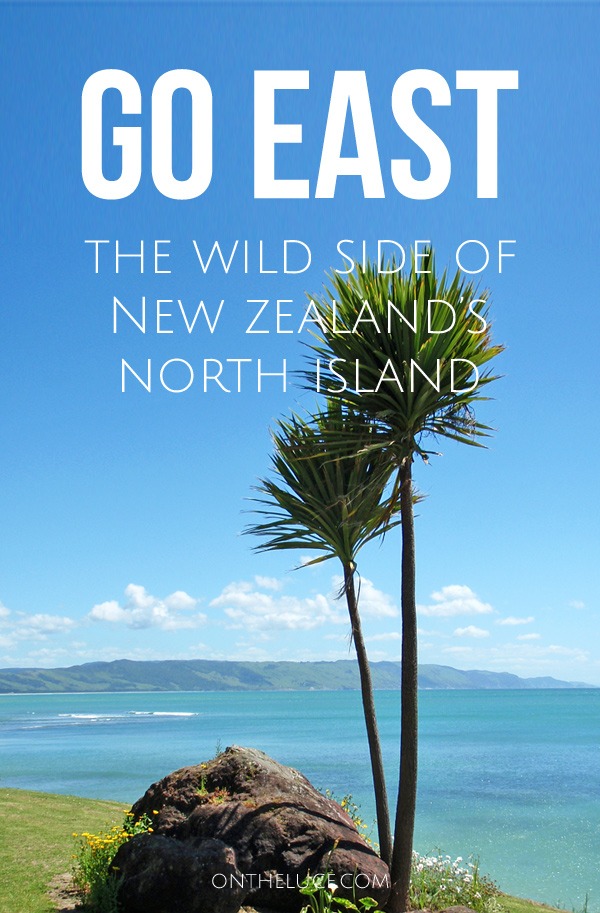 This post is brought to you in partnership with e-visa.