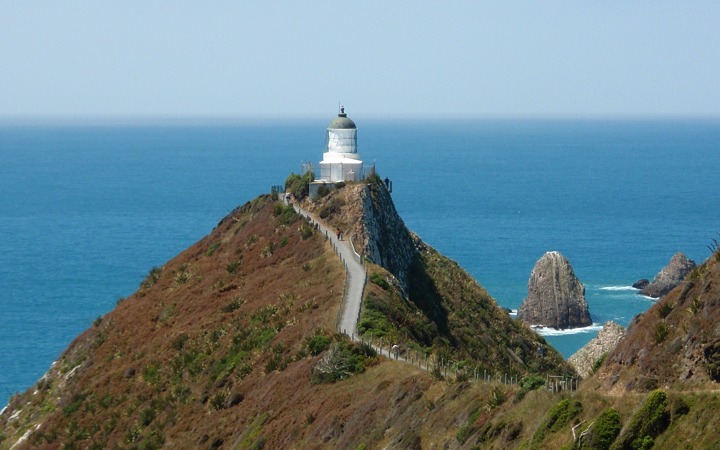 The Catlins were never part of my original New Zealand itinerary. Deep in the far depths of the South Island, this coastal area is as far south as you can get on the mainland, with not much between you and the Antarctic. Its remoteness and reputation for harsh weather – lots of rain and winds which feel like the Antarctic is a lot closer than 4800km away – put most visitors off, me included. But after spending a couple of days in Dunedin, the weather forecast showed most of the South Island was swamped by clouds, but a lucky break with the weather meant the Catlins were the sunniest place on the island. So instead of heading back north as planned, we took a detour and headed on down to New Zealand’s deep south. 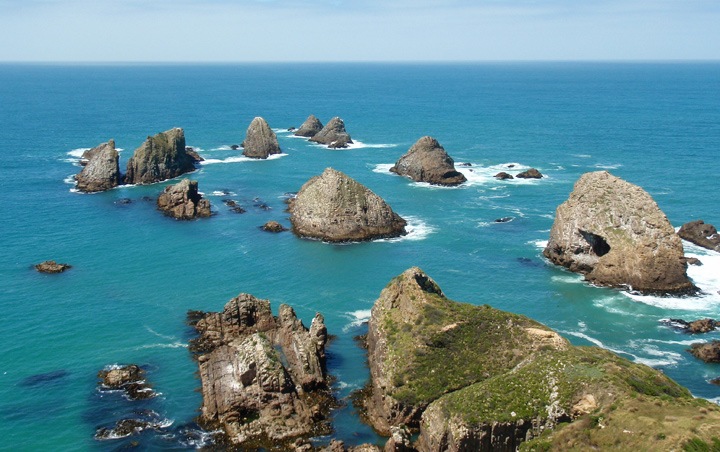 The Catlins is the name given to the area between Invercargill and Balclutha, a wild landscape of rough coastline, battered by winds and lined with shipwrecks. It’s home to plenty of wildlife, but not so many people – although the Catlins covers an area the size of Luxembourg, there are only about 1200 people living here. As we followed the Southern Scenic Route southwards, towns were few and far between – as were other cars. What visitors there are tend to run through the route in a day, but with the sun shining we took it slowly over two days. The road mainly runs inland but there were plenty of diversions down narrow gravel tracks to viewpoints, beaches and waterfalls – from the huge three-tiered Purakaunui Falls to the metre-high Niagara Falls (named by a surveyor with a sarcastic sense of humour) – to distract us. 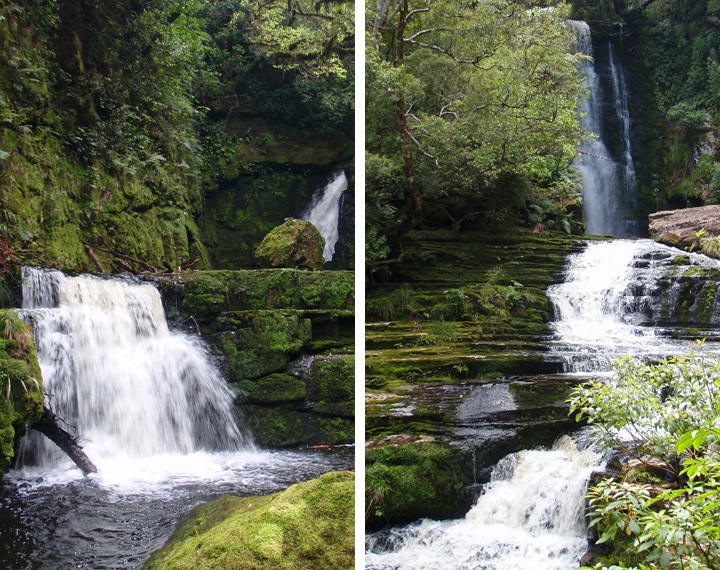 Two of many waterfalls in the Catlins

One of our first stops was at Nugget Point. This headland is surrounded by rocky outcrops which have been eroded from the mainland and stick up out of the water, hence ‘the nuggets’. A lighthouse stands at the edge of the coast, now automated but it’s not hard to imagine how bleak and remote it would have been being a lighthouse keeper out here on a rough day. Though you’re never entirely alone in the Catlins. All along the coastline you see whales, dolphins, seal lions, seals and hundreds of types of birds, including rare yellow-eyed penguins (too elusive for me to spot unfortunately). 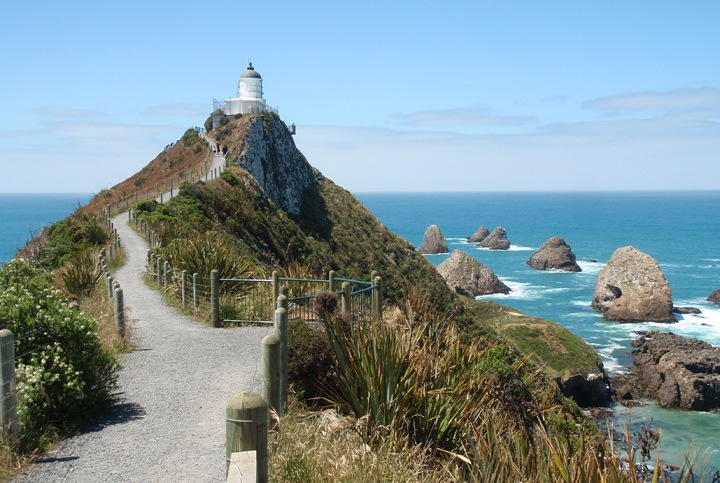 Further west is Curio Bay, where if you time it right and get there at low tide, you can see a petrified forest along the shore. A volcanic eruption in the Jurassic period 180 million years ago covered the trees here and over time they were turned to stone. Years later it was exposed by the tides and is now one of the world’s finest fossil forests. It’s strange to see tree stumps sticking up, imprints of ferns and what looks like a tree trunk lying down complete with wood grain, but is really solid stone. 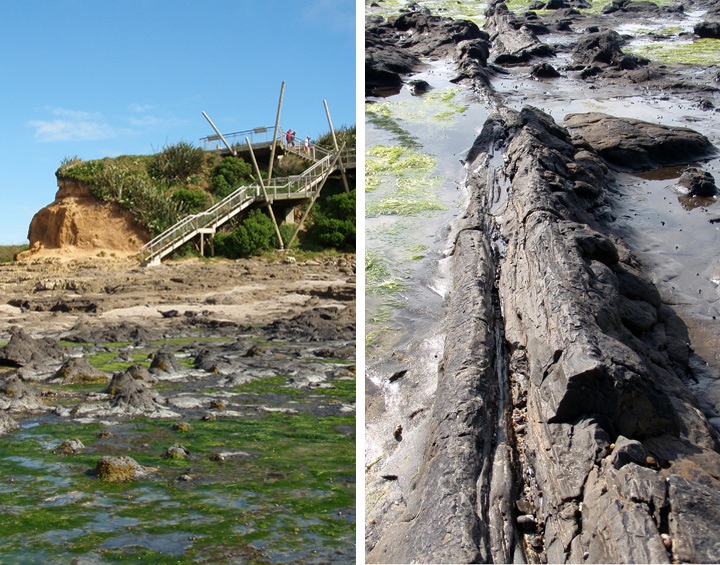 The petrified forest at Curio Bay

Not far from Curio Bay was Catlins Beach House, our stop for the night. There’s not much in the way of accommodation around here, but we came across this timber beach house with a fantastic location right on the beach front. More like a house rental than a hostel, one of the other two rooms was occupied by an elderly geologist and his 90-year-old girlfriend who were touring the area. She escaped off to bed while he told us some amazing stories of his Indiana Jones-style travels round the world in the 60s. It was probably my most laid-back accommodation experience – the door was left open and we never met the owner, he just rang up to ask how many of us were staying that night and asked us to leave the money when we left in the morning – but that seemed to suit the Catlins perfectly. 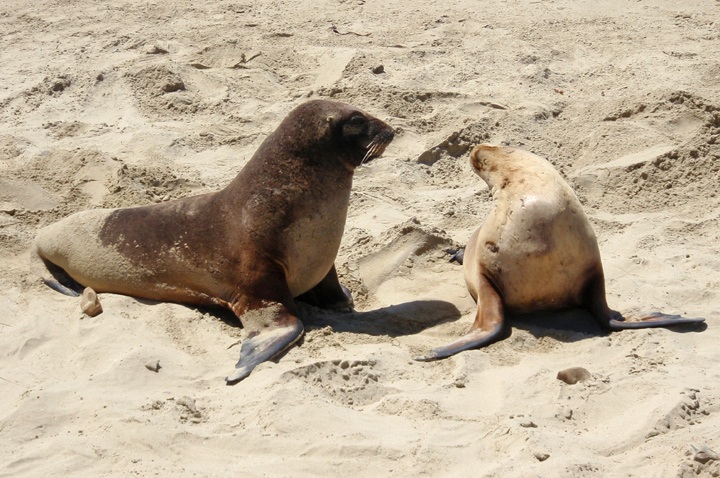 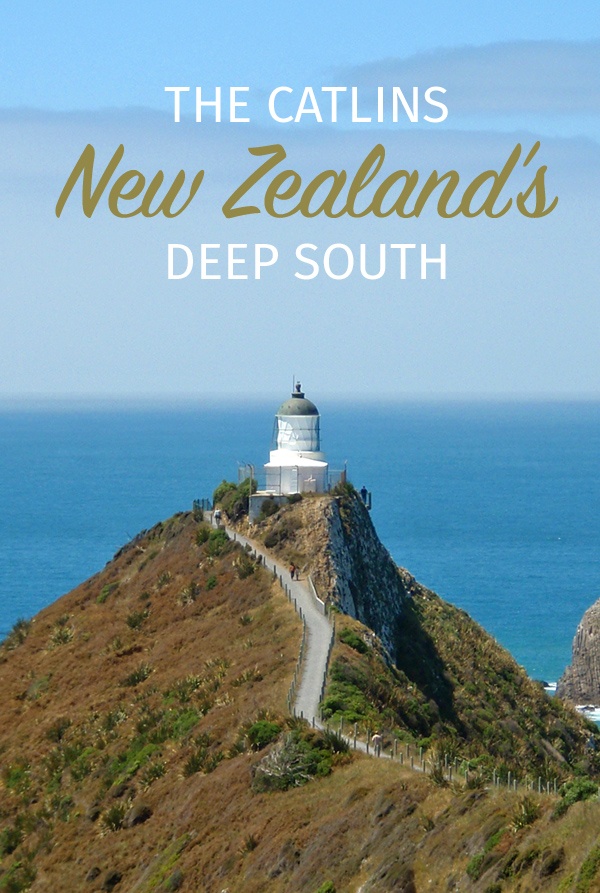