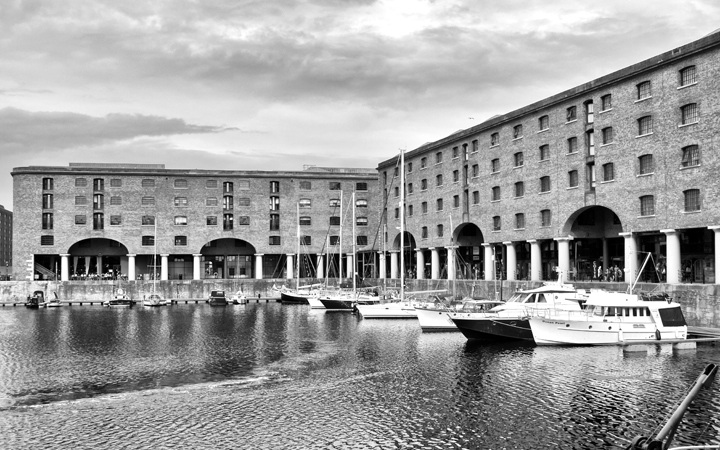 Despite plenty of trips to Manchester over the years, I’d always managed to miss visiting Liverpool until now. So it was well overdue when I made my first trip up there earlier this month, and the first stop on my whistlestop tour of the city was the Albert Dock. It’s Liverpool’s top tourist attraction with over four million visitors a year, but when you walk between the huge iron columns through smart red brick warehouses, it’s hard to imagine that 50 years ago the whole of the docklands were in ruins. It was interesting to compare it to Salford Quays in Manchester, another former industrial centre I know well that’s been through the same cycle from boom to decline and ruin, then redevelopment and rebirth. 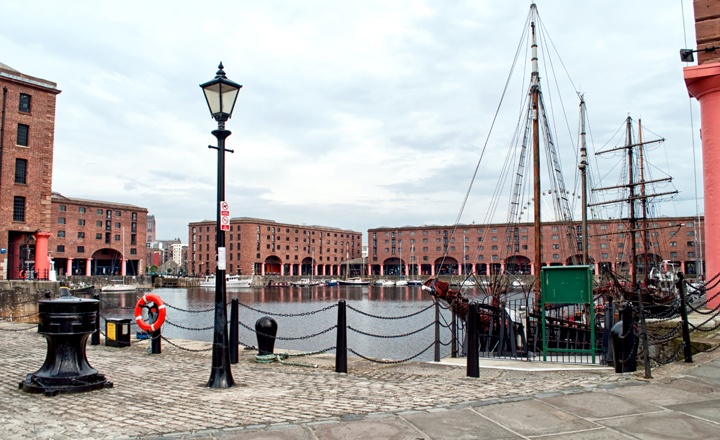 The docks were first opened for business by namesake Prince Albert in 1846. But the idea came a few years earlier from engineer and architect Jesse Hartley, who wanted to create a huge 1.25 million square foot combined dock and warehouse development along the River Mersey. It took five years to build and was pretty innovative for its time – warehouses were normally built of wood and susceptible to fire, so instead this was built using cast iron, brick and stone. So much granite was needed that the owners had to open their own mine in Scotland. The design was a huge success, as well as being fire-safe it was also very secure – so was used for high-value cargo like silk, brandy and tea – and had the first hydraulic cranes. 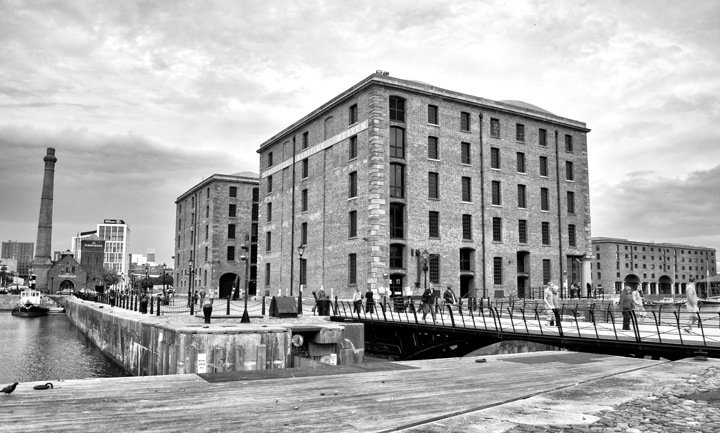 Some of the restored dock buildings

But the Albert Dock’s glory days didn’t last long. It was designed to accommodate 1000-ton sailing ships, but within 20 years technology had moved on. Steam ships had taken over which needed larger, more open docks, so those warehouses that were so popular at the time became more of a handicap. By the 1920s there was no more shipping in the Albert Dock, and a few years later it was requisitioned as a base for the British Atlantic Fleet during WWII. By the time the war ended, the docks had been damaged by bombing and the owners had no money to repair them, so they were abandoned. They were protected from demolition by Grade I listing in the 1950s, but the buildings became derelict and the docks silted up. 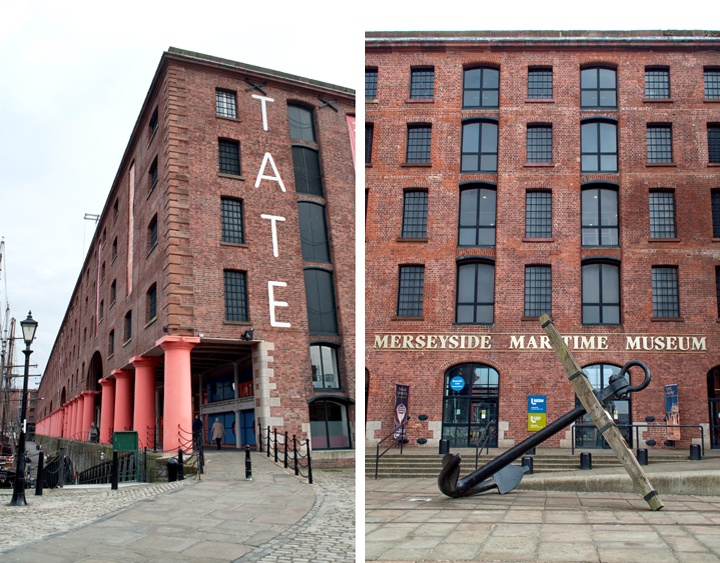 Two of the museums in the Albert Dock

After a few failed redevelopment plans in the 1960s, things started to come together for the Albert Dock again during the 1980s. The bomb damage was repaired, the silt cleared, the bridges repaired and the warehouses renovated. Within a few years part of the docks reopened in part for the 1984 Cutty Sark tall ships race and over the next few years tenants started to move in. First the Merseyside Maritime Museum, then the Tate Liverpool and Granada Studios (if you grew up in the UK you’ll probably remember This Morning weatherman Fred who did his forecasts from a floating map in the docks). The docks were officially reopened in 1988 by Prince Charles – Albert’s great-great-great-grandson. 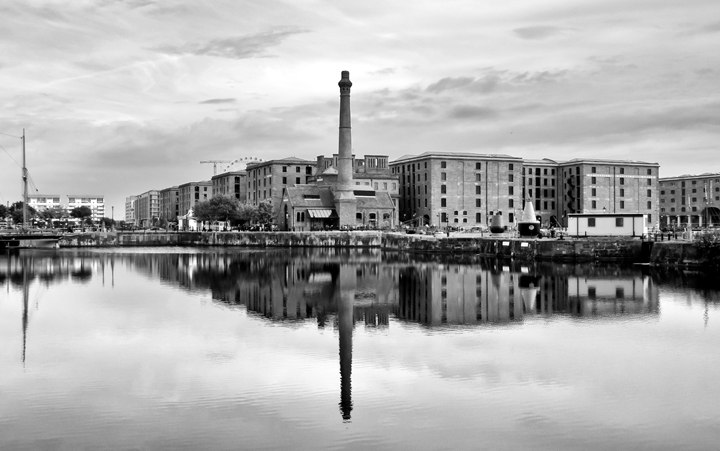 The Pump House reflected in the waters of the dock

Now there are a whole range of museums in the docks, with everything from the International Slavery Museum to the Beatles Story. The old dockside Pump House has been turned into a pub and the warehouses now house a now a mixture of cafes, bars and restaurants. As you walk around the water’s edge you can’t help but wonder what those original dockers would think of about today’s Albert Dock – where the brandy from the cargoes of 160 years ago is more likely to be found in fancy cocktails and the silk that was shipped in is now being worn by girls dressed up to the nines for a night out. 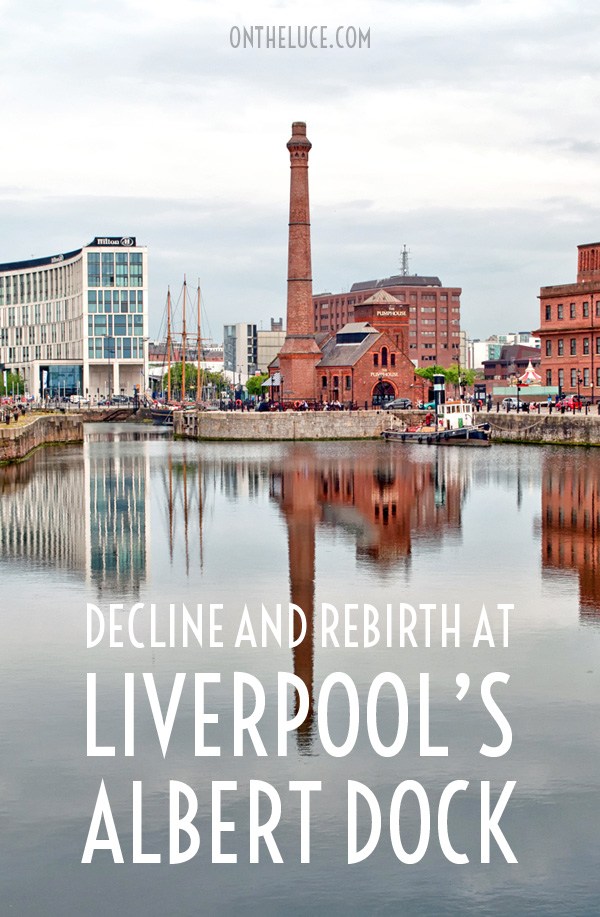