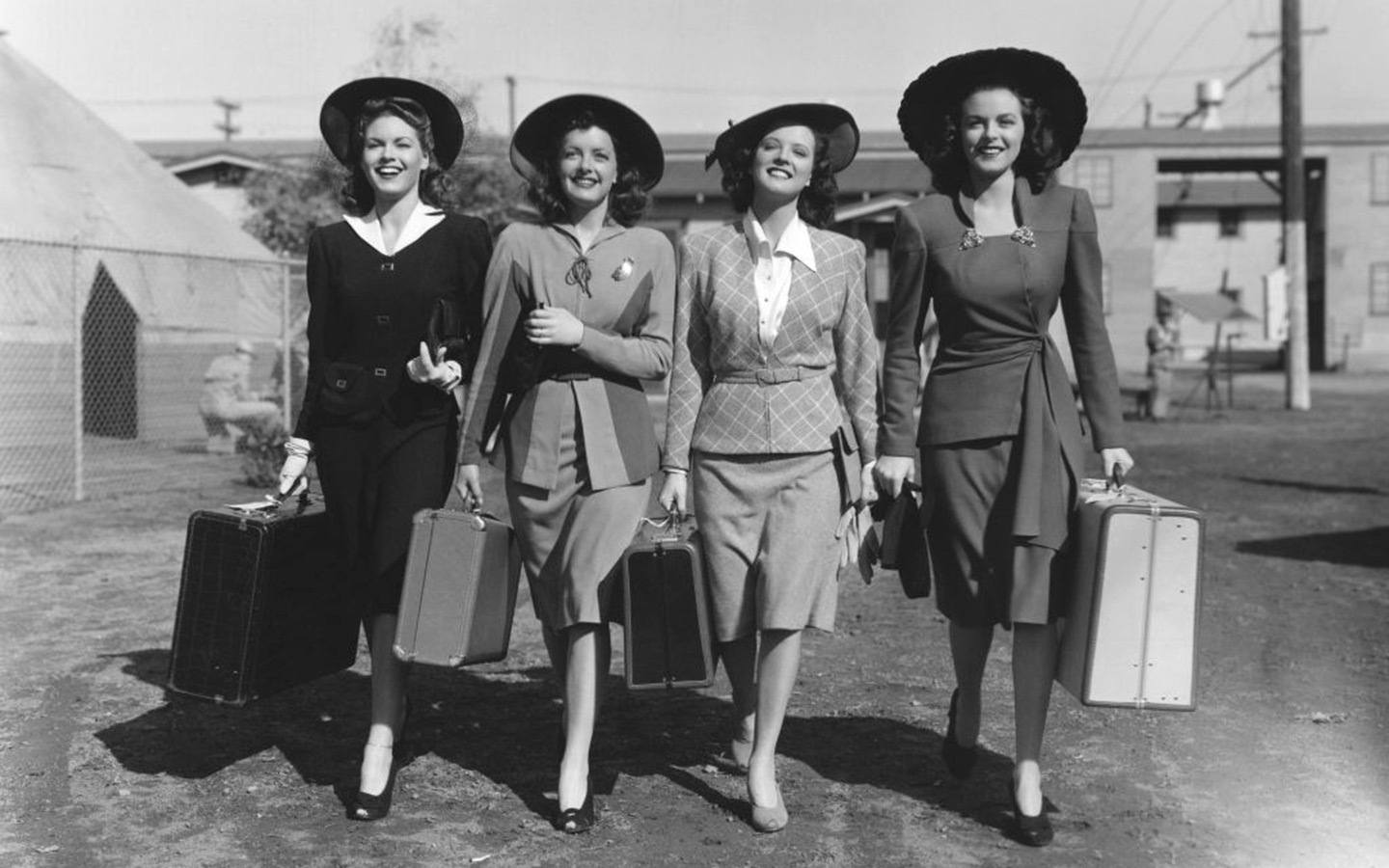 On a plane from Portugal a few years back, I got chatting to an old lady (at 90 I’m sure she’ll forgive me for describing her as that). She was on her way home from visiting her children, but her first travels were a bit more exotic than easyJet. Through the flight she had me gripped by stories of travelling the world in the 1950s, working as a doctor.

She had a car shipped to the States and drove it from Miami, across Canada and then around New Zealand, across Australia and on to South Africa where she travelled into the Congo, despite being on her own with a broken arm. Makes travel today look so easy!

Her story got me thinking about other female travel pioneers. The women who not only had to take on their own fears to see the world but had to battle society’s expectations of how a woman should behave too. Here are just four of the inspirational female travellers that paved the way for us all. 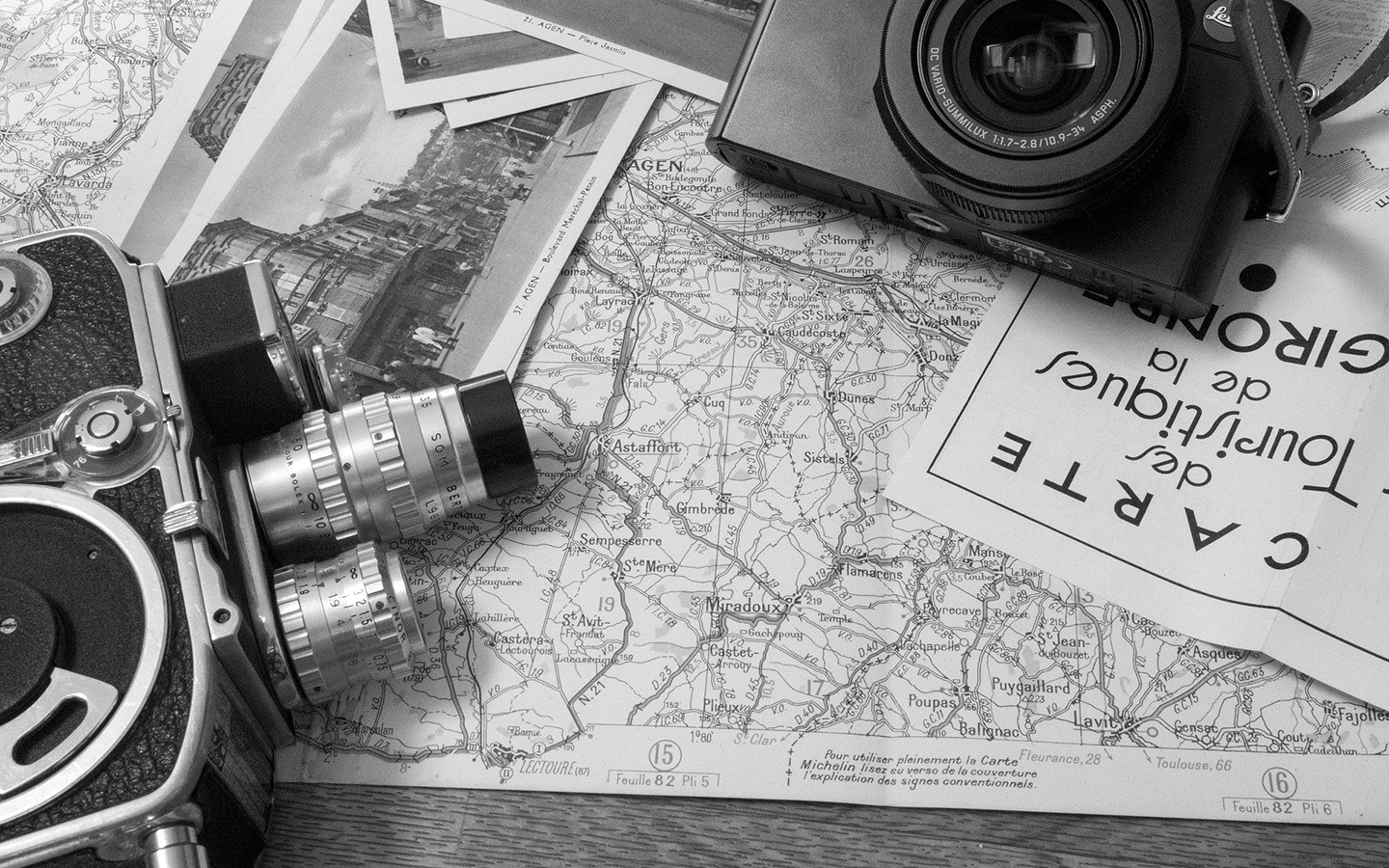 Jeanne Baré: The first woman to circumnavigate the globe

“An unwitting explorer who risked life and limb for love of botany and, in doing so, became the first woman to circumnavigate the world.”

Jeanne Baré was born in Burgundy in 1740 and grew up in poverty. She was always interested in plants and natural remedies, and became housekeeper to naturalist Philibert de Commerson in the 1760s. They worked and lived together and became lovers, despite him being married.

Commerson was asked to join explorer Louis de Bougainville’s mission to be the first Frenchman to sail around the world and collect plant specimens for the French colonies. Jeanne wanted to come with him and although he was allowed to take a servant, women were forbidden on French Navy ships. So she dressed as a man and went by the name of Jean Baret.

The plan worked, and they set sail on the Etoile in 1766. She strapped down her breasts and worked as hard as any of the men, but the crew got suspicious. She managed to put them off by telling them she was a eunuch until locals in Tahiti revealed her true sex.

Jeanne and Commerson left the ship in Mauritius and ended up living and working there for the next few years, with Jeanne becoming an expert botanist. After Commerson died, she married a French navel officer and finally finished her circumnavigation of the globe when she arrived back in France in 1775, where she lived out the rest of her life in the Dordogne.

Read Jeanne’s amazing story in the book The Discovery of Jeanne Baret. 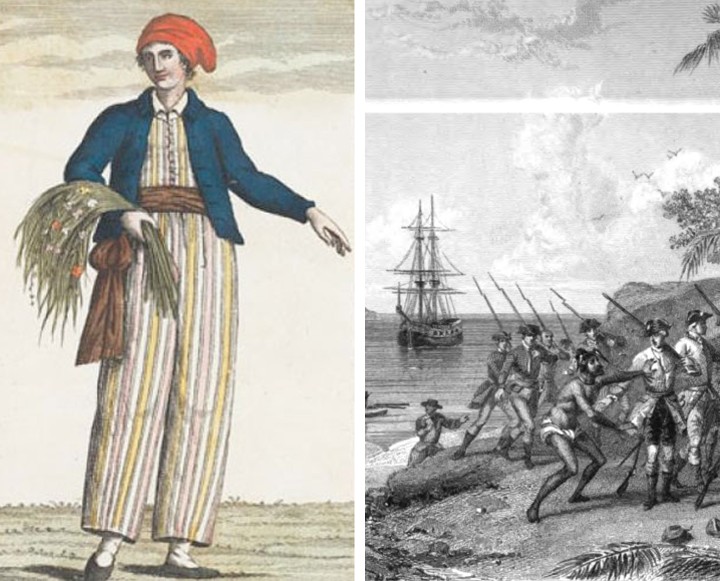 “In my youth I dreamed of travelling – in my old age I find amusement in reflecting on what I have beheld.”

Born in 1800s Vienna, Ida Pfeiffer was a tomboy who dressed in boy’s clothes, was educated like a boy and travelled to Palestine and Egypt with her father to places. But when he died when she was nine, she was forced to be more ladylike, wear dresses and became a music teacher.

She married an older widower and had children, but when her husband died and her sons had grown up, she finally got chance to follow her dreams and travel the world. She started off with trips along the Danube to the Middle East and then went on to explore Scandinavia.

Ida travelled alone and on a budget, staying with local people and taking local transport. She also collected plant and rock samples to sell back home and wrote a book after each trip to help pay for the next trip. In 1847 she did her biggest trip yet, setting off around the world at the age of 50.

She travelled through South America, China, India, the Middle East, Russia and Greece. Ida sometimes dressed as a man for safety and undertook extreme adventures like 300 miles by camel across the Iraqi desert. She became a bit of a celebrity of her time and by the time she set off on her second round-the-world trip she had offers of free travel and places to stay along the way.

This time she visited South Africa, Borneo, Indonesia, Australia and the Andes over three years. Her third and final round-the-world trip only got as far as Madagascar, where she got involved in a government coup and caught a tropical disease which ended up killing her.

Read more about Ida’s story in her book A Woman’s Journey Round the World. 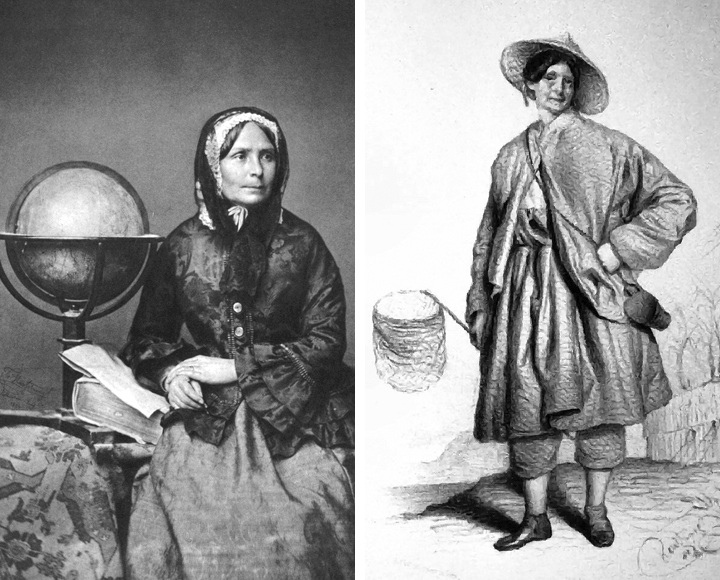 Nelly Bly: Around the World in 72 Days

“I’ve always had the feeling that nothing is impossible is one applies a certain amount of energy in the right direction. If you want to do it, you can do it.”

Born in 1864, American journalist Elizabeth Cochrane was better known by the pen name Nellie Bly. This fearless lady was one of the world’s first investigative journalists, going undercover in a sweatshop and spending 10 days in a mental asylum to expose its horrifying conditions. But she was always looking for the next challenge.

So after Jules Verne published his book Around the World in 80 Days, she came up with the idea of trying to beat it in real life. Her newspaper bosses wanted to send a man instead, but after she said “Very well. Send the man and I’ll start the same day for some other newspaper and beat him” they relented and let her go.

She set off from New Jersey in 1889 on a journey of 24,899 miles – and all in the one dress. The male newspaper staff laughed that she’d have a dozen trunks so she took just one tiny bag with her. Her minimalist packing list was just made up of a dressing gown, handkerchiefs, spare underwear, a flask and cup, toiletries and her writing materials.

Nelly travelled by boat, train, horse and rickshaw, battling crippling seasickness and a string of suitors along the way. But she was determined to make the journey alone. And she did, with eight days to spare and setting a new world record. It took her 72 days, 6 hours, 11 minutes and 14 seconds in the end, and that included a quick detour to meet Jules Verne.

The public loved her story, with crowds surrounded her train as she arrived back home. But after that she was onto the next challenge and ended up as an inventor and industrialist.

Read more about Nelly’s journey in her book Around the World in 72 Days. 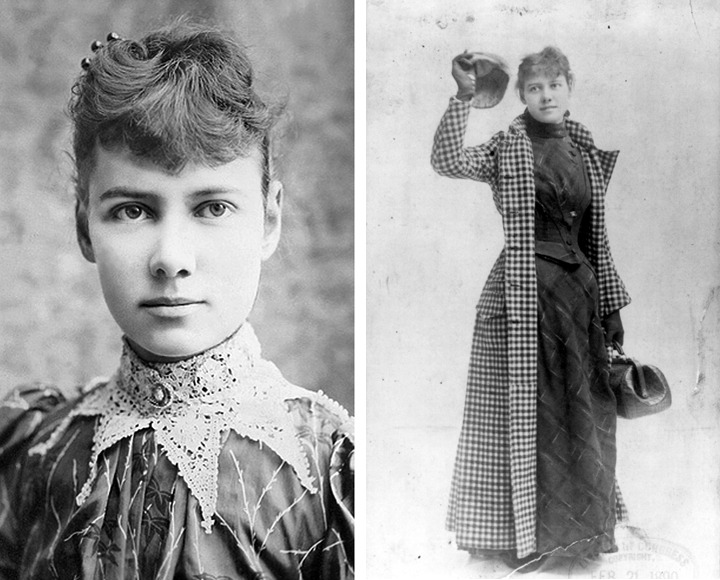 Annie Londonderry: The first woman to cycle around the world

“I am a journalist and ‘a new woman’ if that term means that I believe I can do anything that any man can do.”

Latvian-born Annie Cohen Kopchovsky emigrated to America as a child in the 1870s and ended up as the unlikely first international female sports star. Aged only 23 she took on a high-stakes wager which meant she had to cycle around the world within 15 months and earn $5000 on the way.

It was a shocking thing for a Victorian woman to do, especially as she left a husband and three children behind – and had only just learnt to ride a bike the day before! She only took a change of clothes and a pearl revolver with her, and swapped her long skirts and heavy woman’s bike for bloomers and a man’s bike.

She earnt money by turning herself into a mobile billboard, carrying banners and ribbons with the names of her sponsors on. She also did personal appearances, sold photographs and even got her name sponsored – the Londonderry Spring Water Company paid her $100 to change it to Annie Londonderry.

Annie was an amazing self-promoter and was featured in newspapers around the world. She finished her journey in Boston 14 days ahead of her deadline, despite having to ride partway with a broken arm. Her journey was called “the most extraordinary journey ever undertaken by a woman” by newspapers, but her celebrity faded and her story was forgotten for years.

Read more about Annie’s travels in her great-nephew’s book Around The World On Two Wheels. 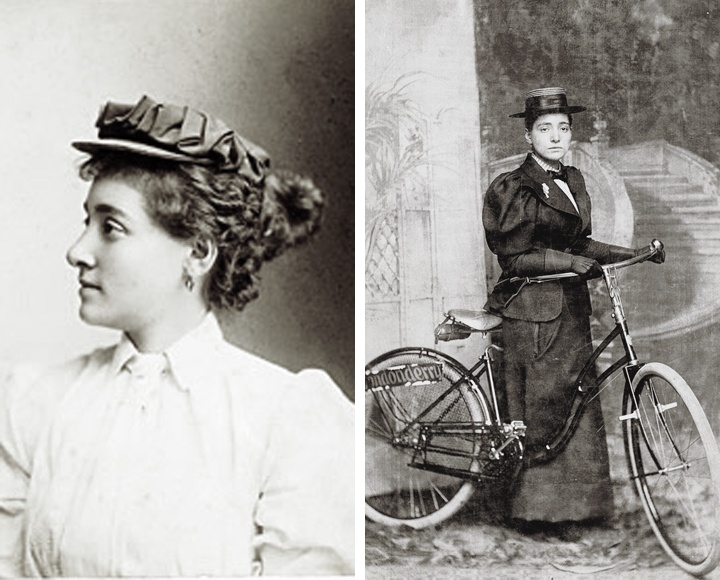 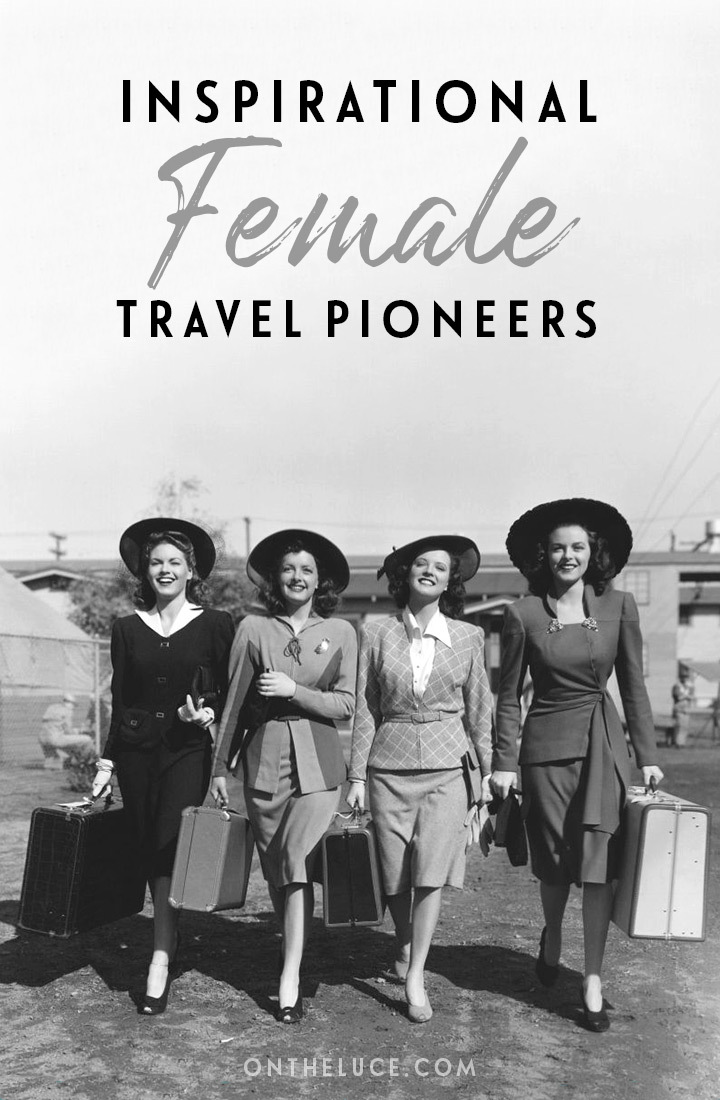 Hi Lucy....thank you for including my great grandaunt Annie "Londonderry" here. I've just published my 2d book about her, this one historical fiction called "Spin: A Novel Based on a (Mostly) True Story," (Pegasus Books, June 1, 2021.)

You're very welcome, she's got such a great story – and congratulations on the book, I will check it out!

I must make mention of my old primary school teacher, Miss Frances Hibbert. who cruised the Norwegian fjords in the early 1930s. 25 years later, she showed her scrapbook from the trip to her class, and I think it was that, coupled with the copies of the National Geograhic Magazine my dad's boss used to give me that set me off on the 'Road to Everywhere'

What an amazing lady – and wonderful that she shared the love of travel with her students!

Such amazing stories! What a collection of inspiring women.

Amazing post! I absolutely love it. So many women heroes are forgotten. Thank you for bringing them back! I would only add one person to this list: Beatrice Grimshaw, an Irish traveler.

So true, it's a shame that so many have been forgotten – will look into Beatrice Grimshaw though, it's always good to discover great new stories!

Great examples of pioneering women. There was such a different set of hurdles for women from these times, though I feel like some of the prejudices are still lingering towards solo female travellers. Do you know much about Mary Kingsley? I wrote my dissertation on her at university. She's a really incredible female Victorian explorer who spent a lot of time around the Congo. She wasn't a feminist, and travelled in a full skirt and hat, but I still think she was an inspiration just through what she achieved and the way she travelled with such limited funds.

Yes I agree that it's still not as easy to travel as a women as it is as a man. I'd not heard of Mary Kingsley before so will have to read up about her story too, love discovering these women, it's just a shame they're not so well known as a lot of the male explorers.