Anyone who’s ever lived in the UK will know the Antiques Roadshow. Its distinctive theme tune has been heralding Sunday nights across the country for the last 37 years. When you’re a kid it’s a depressing sign the weekend’s over and it’s back to school tomorrow. Then a few years later when you catch yourself actually watching it, it’s a sure sign you’ve become an adult. Guessing along to see what things are worth (and whether you’d sell it or keep it if it was yours) is a quintessentially British Sunday night activity.

Read more: Backstage at the BBC: A studio tour at MediaCityUK, Manchester 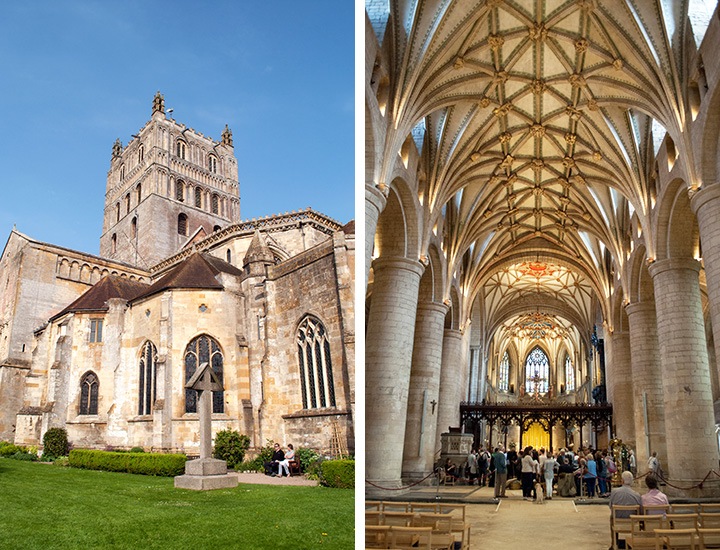 The Antiques Roadshow started life as a documentary about a London auction house doing a tour of the West Country in 1977. And since 1979 it’s been a Sunday night fixture on British TV screens. The show’s had a few different presenters over its 38 series, but the format hasn’t changed much. A group of antiques experts travel to different locations across the UK – and occasionally abroad – to value antiques brought in by local people. The series has uncovered gems like a fruit bowl that turned out to be a 14th-century Ming dish worth £200,000 and a £10,000 Anglo-Saxon ring found in someone’s hedge clippings.

It’s incredibly popular, with over six million viewers, and there are spin-off versions produced across the world from Canada and Australia to Finland and Germany. So when we found out the latest series was filming not far from us, we had to go and see what it was like behind the scenes – as well as taking along a couple of family heirlooms to be valued. There was a Burmese metal plate, allegedly ‘borrowed’ from a temple in the Second World War by a great uncle, and a compact primus stove from the First World War. Would we come away millionaires? Or as embarrassed as the antiques collector who brought in a glass ornament he’d paid £1000 for, only to find out it was actually an olive oil bottle from Tesco?

The location for the filming was Tewkesbury Abbey, one of the country’s largest churches and a former Benedictine Abbey. It made a great backdrop on a gorgeously sunny morning with the abbey’s golden stone, the blue sky and the show’s red chairs and umbrellas. The crowds were already gathering, each clutching intriguing looking odd-shaped parcels. One thing I didn’t know was that every item gets valued. There’s no initial sifting where they weed out the good stuff from the rubbish. You all get to see a valuer and find out what they know about your treasures. Then if you’ve got something exciting, you’re taken aside and the cameras are set up so you can redo your surprised face when you do it all again on film. It’s not just the most valuable things that get filmed, it can also be things which have a good story behind them.

All will be revealed…

We joined our first queue, which in traditional British style was very neat and orderly and went via a tea stall. We chatted to our neighbouring queuers, one of whom had brought along vintage newspapers from his days as a Guardian editor. At the end of the first queue you’re seen at the main desk where they filter you into groups according to what you’ve brought along. The show’s presenter Fiona Bruce was helping man the desk, dividing people into different queues for ceramics, jewellery, furniture, books, clocks or pictures. We were filtered into Miscellaneous, home to everything else left over. Our expert was Cristian Beadman, a sculpture expert and valuer who’s worked at Christies, so he knows his stuff.

The moment of truth!

So what was the verdict? Sadly it turns out the family inheritance is worth about £50! The plate was one of many produced across Asia, so the family legend may or may not be true, and the stoves are also pretty common. We might not have come away rich, but we stopped to watch some of the filming for those who did a bit better. One of the best finds was a huge dark wooden table used to store cutlery and sauce bottles in a local pub. Furniture expert Lennox Cato talked one of the pub’s barmaids through its history, and it turns out it’s actually medieval and worth over £20,000 (better be careful with the ketchup).

Other interesting finds were a map from the 1879 Battle of Rorke’s Drift and a vintage 1914 Triumph Roadster motorbike. But we’ll have to wait to see what they’re worth when the show is aired. The series is filmed in spring and summer then appears on screen in autumn and winter. So clutching our heirlooms, we left the last of the afternoon queues to it – and went to spend our inheritance on an ice cream!

It was really interesting to see what goes on behinds the scenes – it's a lot slower than it looks on TV!

That is so cool that you went ti the Antiques Road show and got to experience the process and watch the filming! A fun day out to be sure. I love that they use historic settings like Tewkesbury Abbey.

Such a great setting for it – I'm really looking forward to seeing it broadcast now!