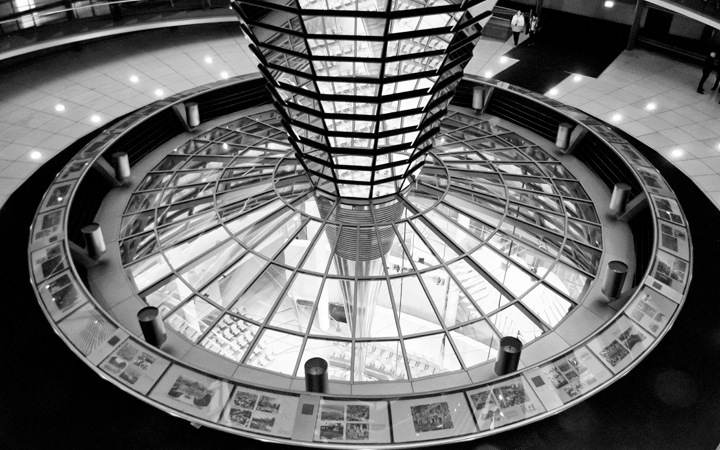 Seat of the German Parliament, the Reichstag is one of the most famous and imposing buildings in Berlin. The original version, built in the 1880s, was topped with a stone dome. But that, along with the rest of the building, was damaged by fire and war. When it was restored in the 1960s they left out the dome, but 30 years later architect Sir Norman Foster designed a space-age glass version to top the building. Made of glass and mirrors, it looks like a location from a sci-fi film. Walkways spiral around the edge of the dome and in the centre is an upside-down pyramid which points down into the parliament hall below. It’s all very eco-friendly – the mirrors light up the rooms below and rainwater gets collected at the top. There’s a great view of the city whenever you visit, but at night it looks even more futuristic as it glows in the light. 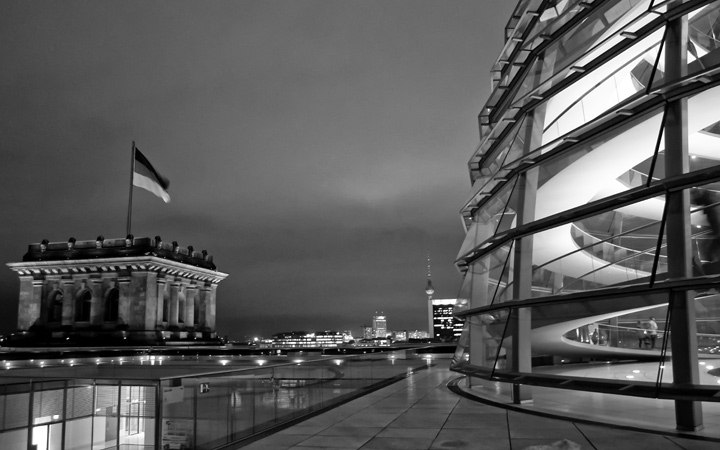 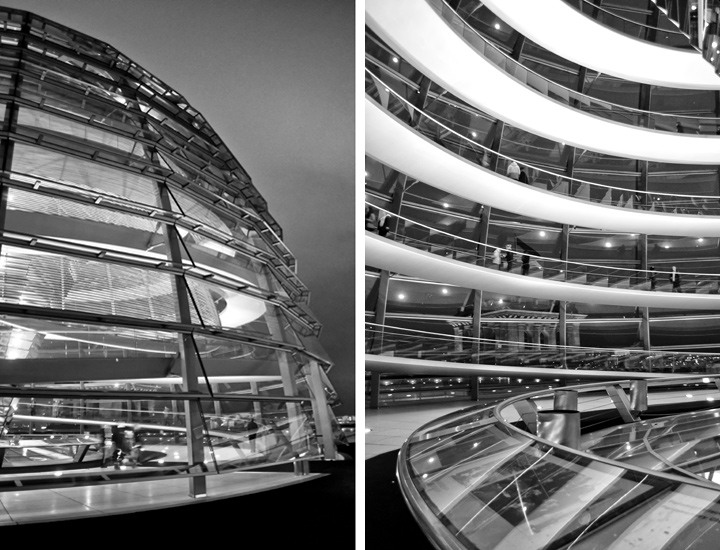 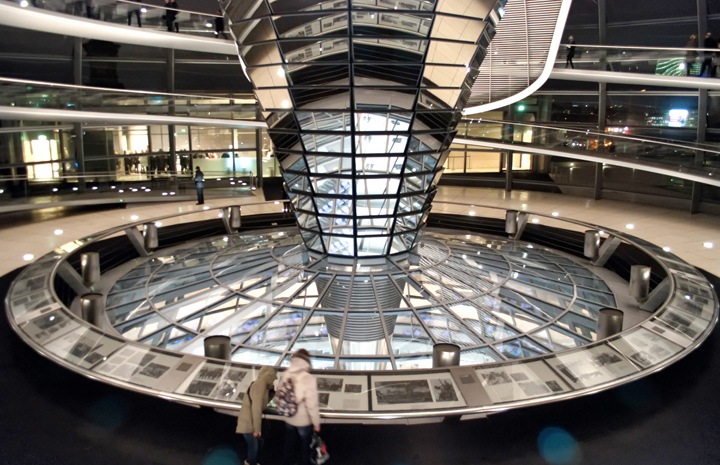 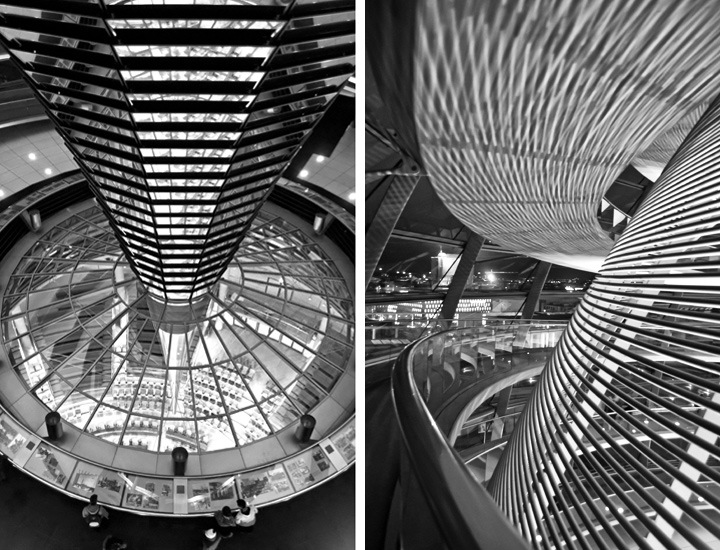 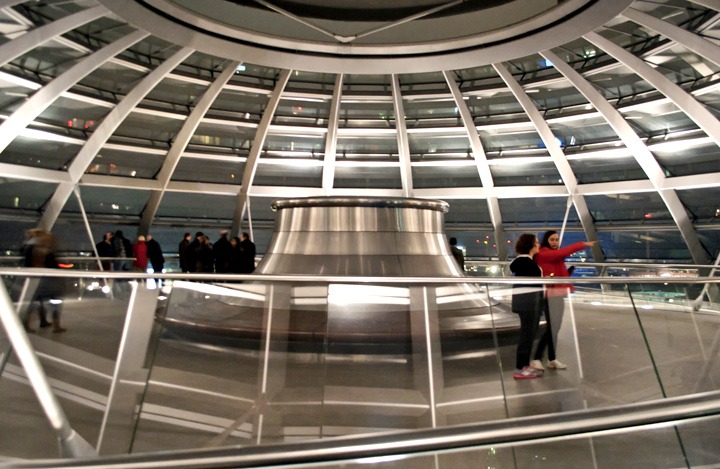 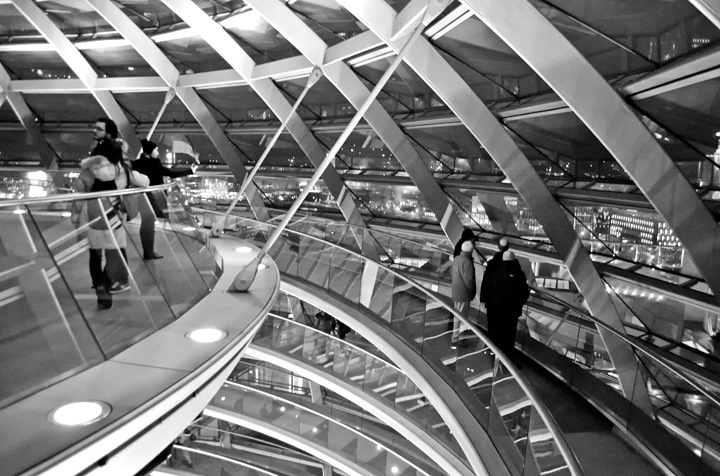 It’s free to visit the Reichstag dome, but you need you book in advance. You can register at the Bundestag website, where you can choose a date and time. You need to give the full name and date of birth of everyone in your group and take your passports with you. If you don’t want to book online there’s an office on Scheidemannstraße near the Reichstag where you can register in person, but only for slots at least two hours ahead and not more than two days ahead. The dome is normally open daily from 8am to midnight (last admission at 10pm) but is sometimes closed in bad weather or when parliament is sitting. 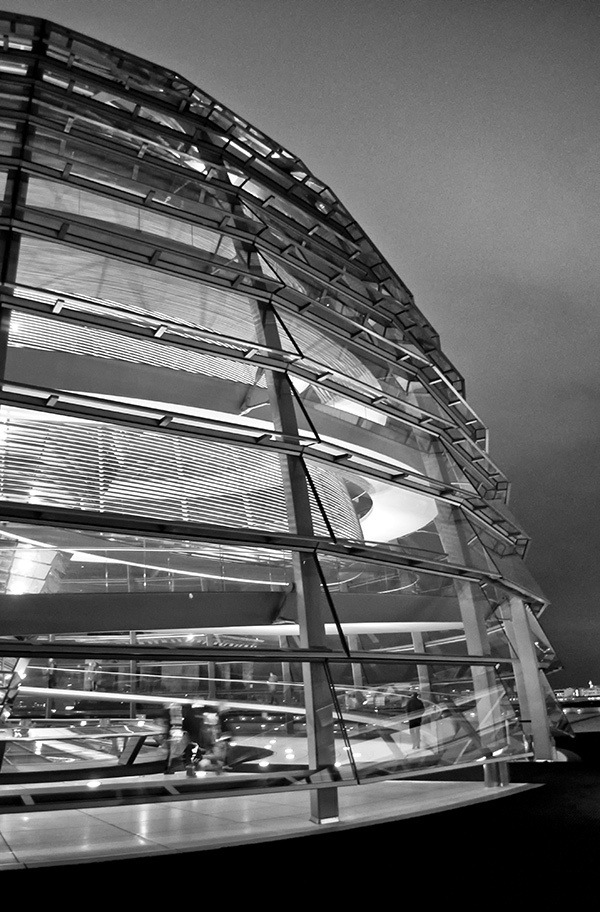