With 115 islands and hundreds of beaches – most of which look like they’ve come straight out of a holiday brochure – the Seychelles is pretty much heaven for beach-lovers. Whether you’re after tiny hidden coves or huge long stretches of sand, the islands have plenty of both, and I made it a mission to check out as many as possible on my Mahé stopover.

As much as I love lazing with a book and a cocktail, after a day the urge to explore started to kick in. So I started to wonder – is there more to the Seychelles than just white sand and turquoise sea? And it turns out the answer is a definite yes. Although it’s the beaches that draw people to the islands, if you’re more into culture, wildlife or adventure than sea and sand (or just need a break from all that lazing), there are plenty of alternative things to do in the Seychelles too.

Read more: How to visit the Seychelles on a budget

Alternative things to do in the Seychelles 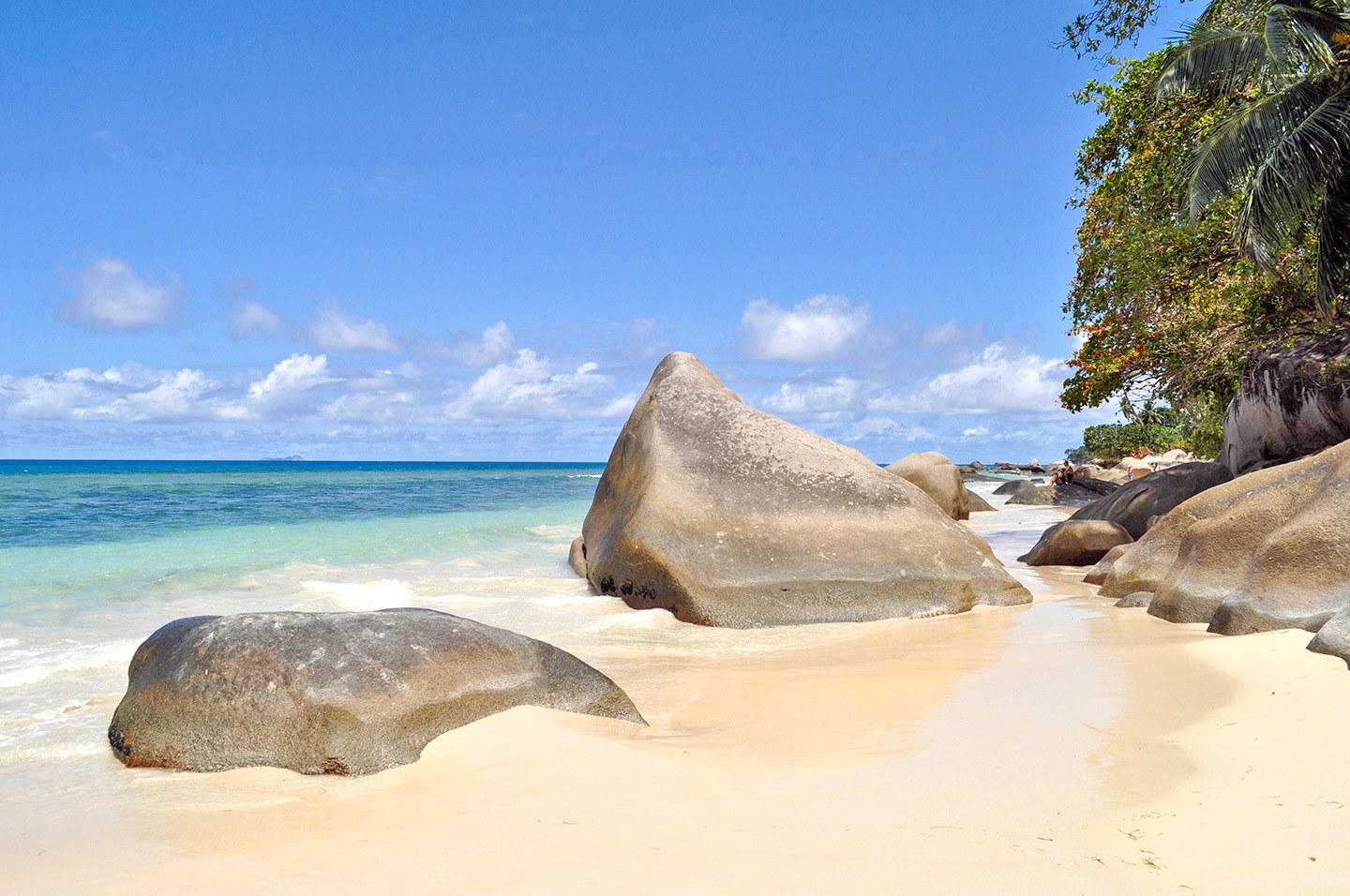 The attention might be on the coast, but the Seychelles’ landscapes are a lot more diverse than you might think. A whole range of lush habitats – ranging from rainforests to coral reefs – means the island is home to 250 bird and 2000 plant species. So it’s perfect for wildlife lovers, whether you’re happier above or below the water. You can snorkel or dive with giant whale sharks from August and October in the waters of Port Launay Marine National Park. Or Aldabra Atoll is one of the world’s largest coral atolls, with a big lagoon at one end full of tiger sharks and manta rays, and it’s also home to the islands’ unique coconut crab.

Don’t miss the Vallée de Mai on Praslin, a nature reserve and World Heritage site that’s one of only two places you can see Coco de Mer palms in the wild. These coconuts have the world’s largest seed (with more than a passing resemblance to a lady’s bottom!). Or on La Digue you can spot the rare Veuve bird – aka the black paradise flycatcher. A small forest reserve has been set up to preserve their habitat. 20 pairs live there now and you can take a guided tour with a forest ranger who guarantees you’ll see at least one.

One of the best places for bird-watching is the nature reserve island of Aride. It’s been a reserve since 1967 and over a million seabirds breed there each year, with terns and shearwaters as well as five unique local species. You can also head out on a wildlife-watching boat trip to Praslin’s smaller neighbouring islands. Curieuse island is a reserve for the giant tortoise with over 500 living there. And Cousin island is home to over 300,000 seabirds plus giant lizards and nesting hawksbill turtles from October to April. 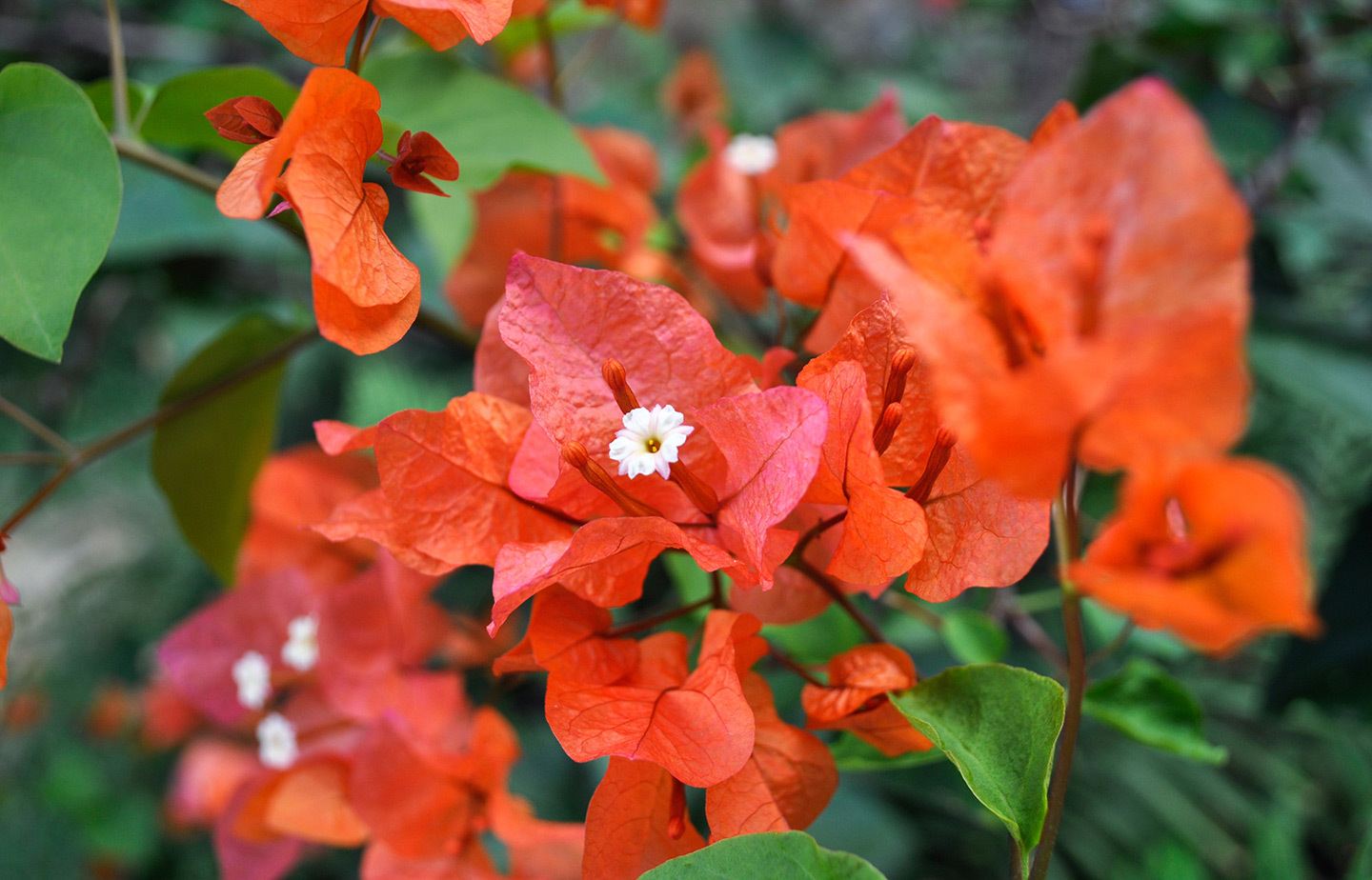 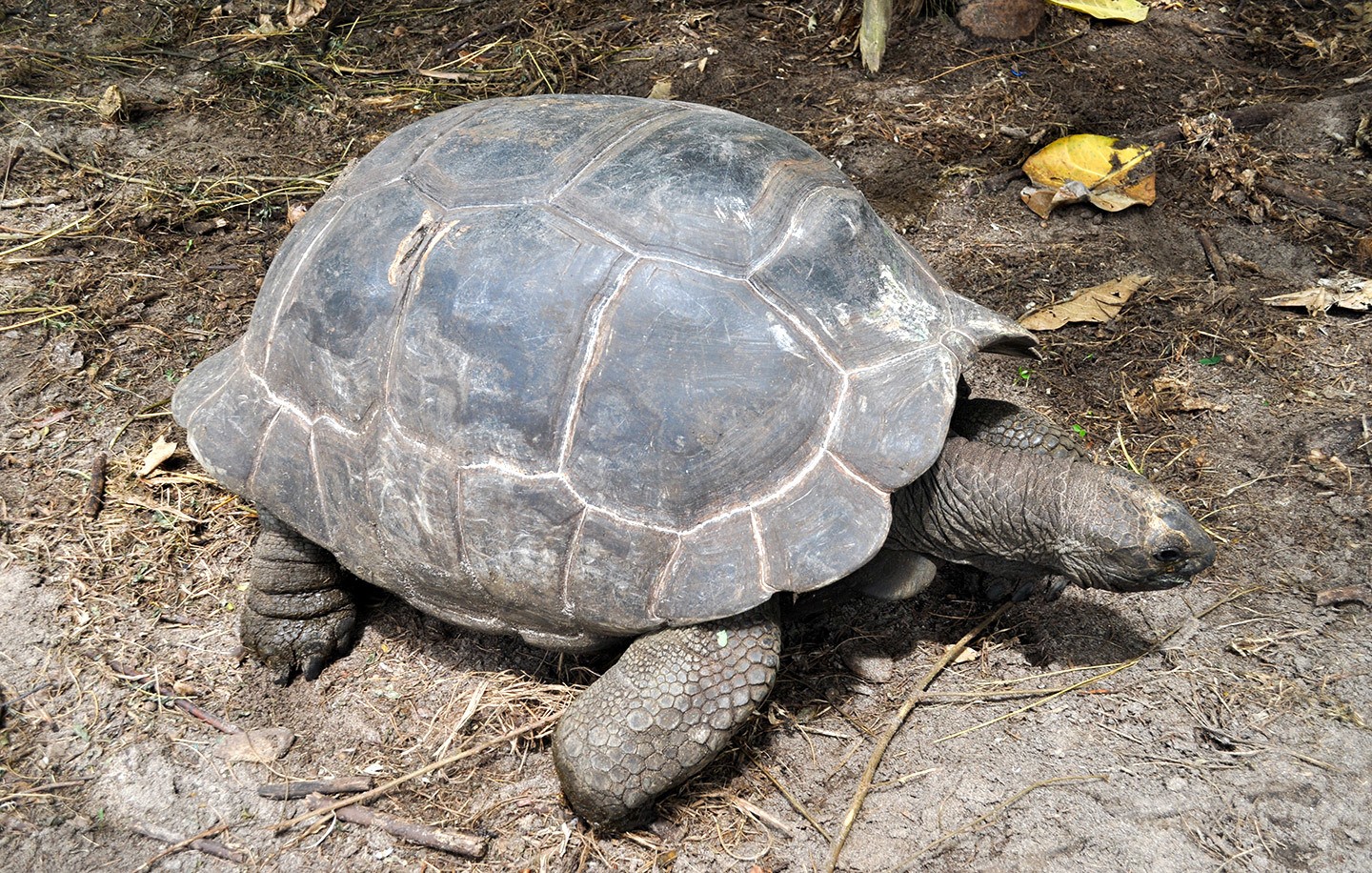 The Seychelles’ culture is a unique mix, made up of bits from each of the different cultures who’ve called it home – Islamic sailors, French settlers, Chinese merchants, British colonials. It’s most obvious in Africa’s smallest capital city, Victoria, where I spotted a Hindu temple, Islamic mosque, Anglican Church and Catholic Cathedral within a few blocks of each other (along with a mini version of Big Ben!). Seychelles food is a fusion just like its culture, with African, French, Chinese and Indian flavours. You can join the locals at the city’s market, where stalls are piled high with fresh fruit and vegetables, fish, herbs and spices.

We hired a car for the day for a road trip up into Mahé’s hills to some of the old colonial-era buildings that take you back through the islands’ history. At Mission there’s a ruined 1875 missionary school that was built to educate the island’s slaves. Amongst the ruins you get some fab views down to the coast. You can also tour the Takamaka rum distillery, set on a 200-year-old plantation where the old house has been restored and is now a restaurant. Or on La Digue there’s the historic L’Union Estate coconut plantation.

For some more up-to-date Seychelles culture, there are lots of artists’ studios you can visit around the islands. There’s a mix of local painters and sculptors as well as artists who’ve been drawn to the Seychelles by its stunning scenery. One of the best-known is Michael Adams, who produces colourful landscapes in his studio in the south of Mahé which is open to visitors. And if you’re visiting Mahé in October, don’t miss the Seychelles’ version of Carnival – the Festival Kreol – a feast of Creole music, dance and food. 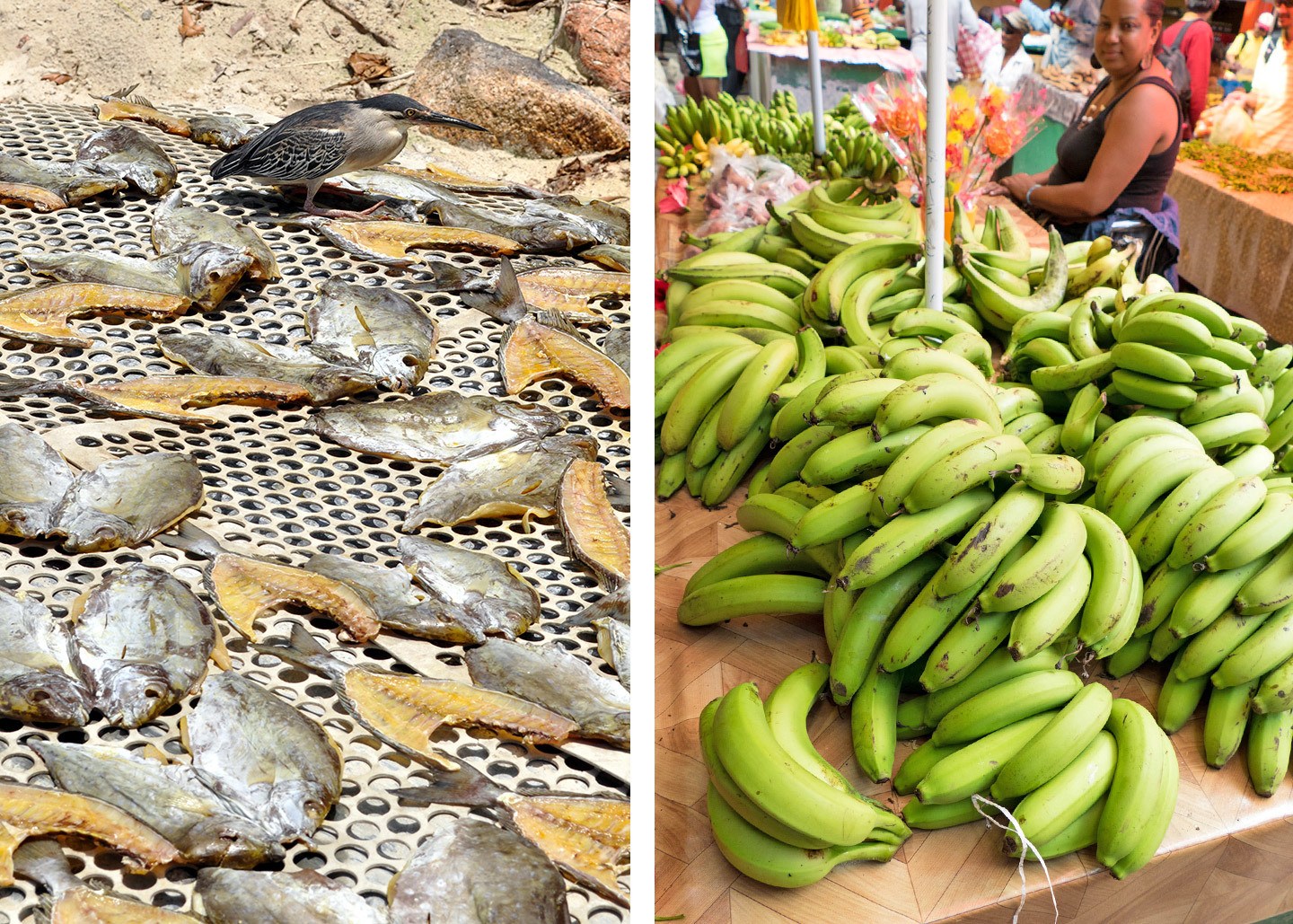 Fish drying in the sun and Victoria’s market 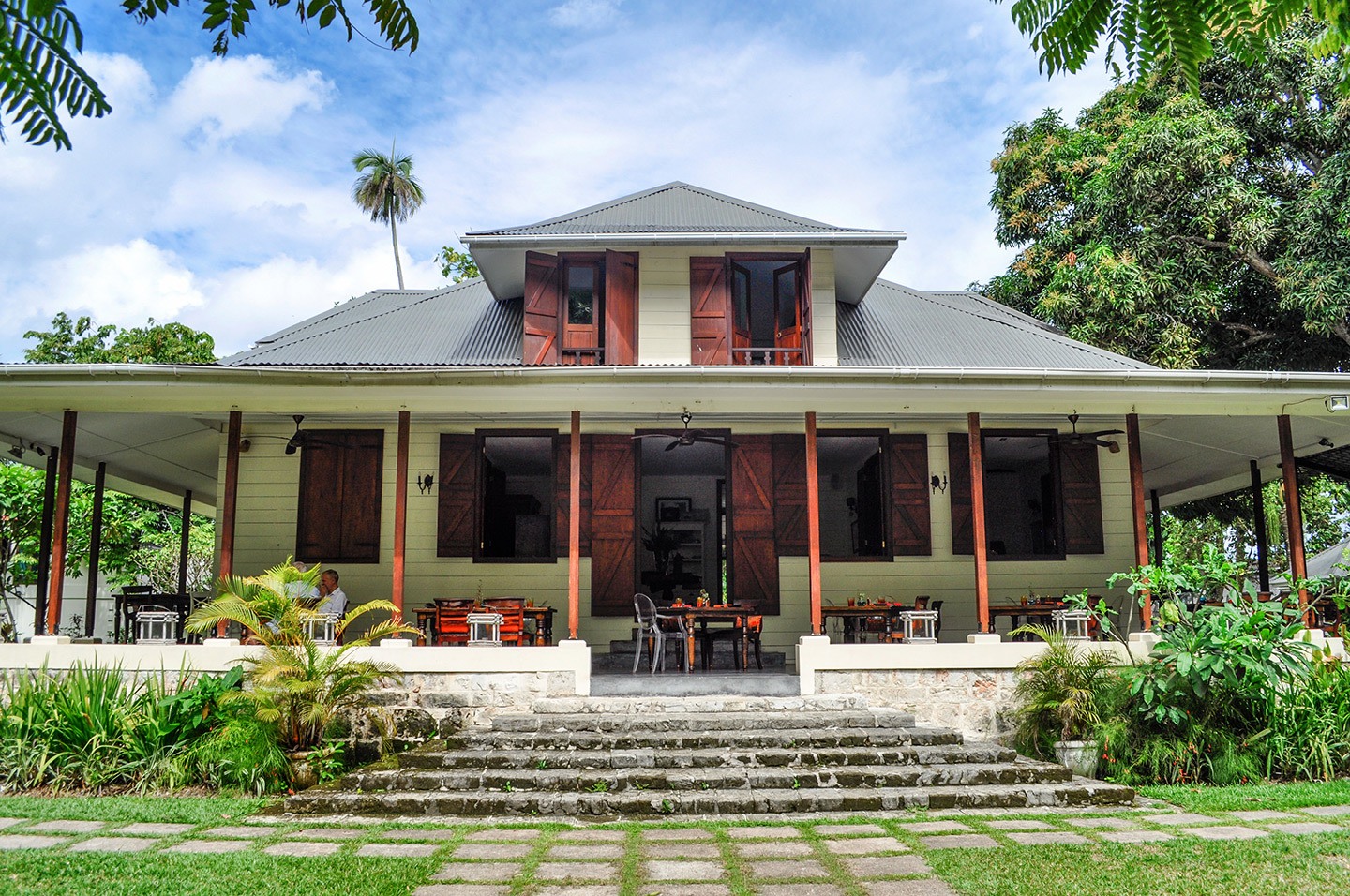 If lying on the beach in the sunshine doing nothing gets boring, there are a few more adrenalin-fuelled adventures on offer around the islands. The famously clear Indian Ocean waters full of coral reefs and tropical fish make the Seychelles perfect for diving and snorkelling. The inner islands are shallower and a great place to learn to dive, or you can head out to the outer islands for drift and wreck dives, or even take a liveaboard boat trip to explore remoter areas. The best months are March–May and September–November when the water’s warmest and clearest (though avoid stormy days which can kick up sand).

Back on land there are some great hikes around the islands. Morne Seychellois National Park covers almost 20% of Mahé, and most of it is only accessible on foot, with paths through dense forest that feels a million miles from anywhere. Tracks aren’t always that clear though so it’s a good idea to hire a guide. The Trois Frères and Morne Blanc trails on Mahé give you amazing views across the island. On La Digue you can climb to the Nid d’Aiglo (the Eagle’s Nest) which is the highest point on the island. Or on Praslin you can hike from Anse Source d’Argent to Anse Marron over granite hills and through a string of deserted beaches.

Praslin or La Digue are both small and easy to get around, so if you want to explore then you can hire a bike and cycle to some of the more secluded beaches. Or for something a bit more adventurous, you can parasail, windsurf or waterski in the bay at Beau Vallon on Mahé. Or you can rock climb, abseil and zipline high up through the forest canopy with SMAC Adventures at Mahé’s Constance Ephelia Resort. 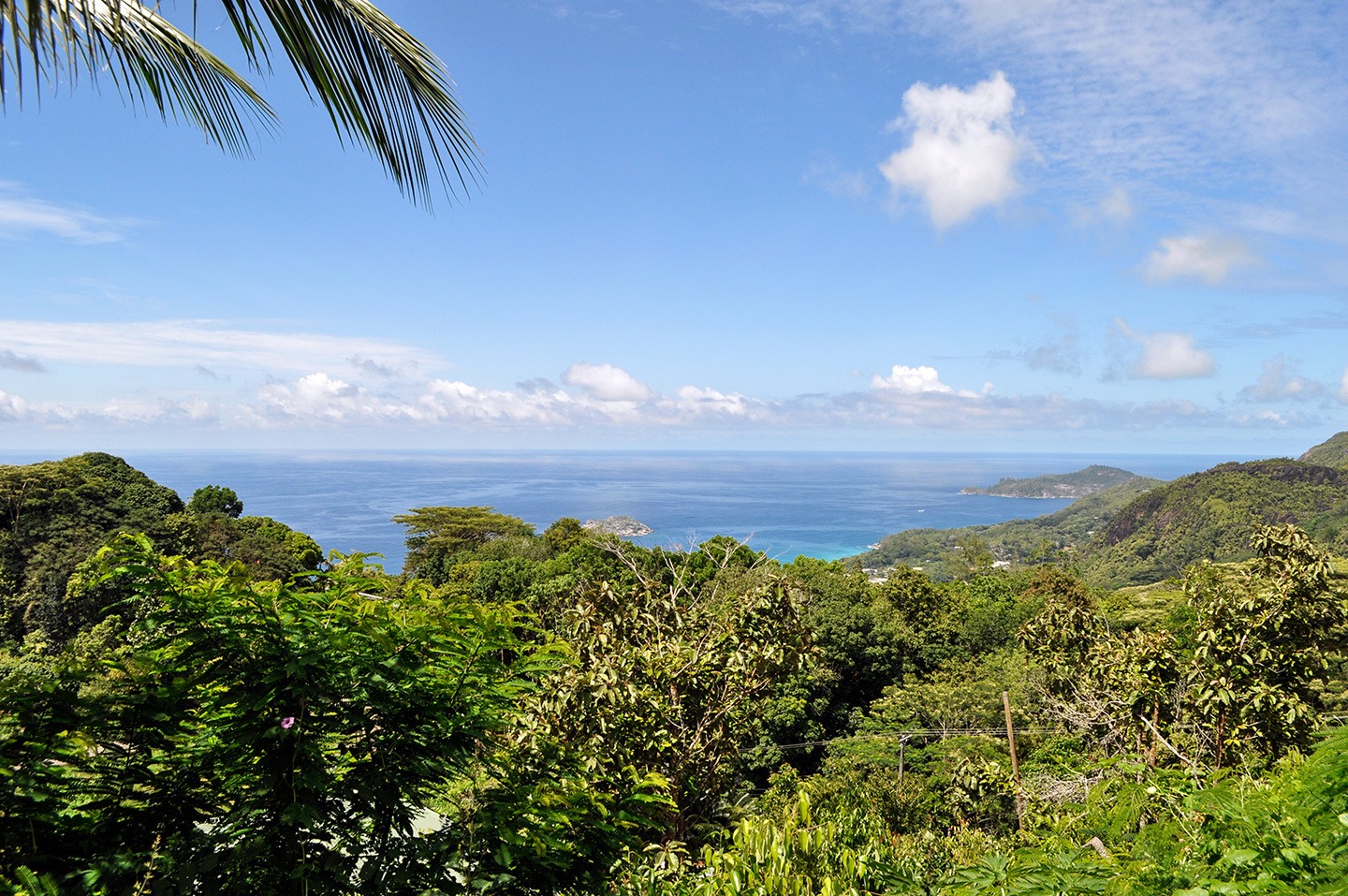 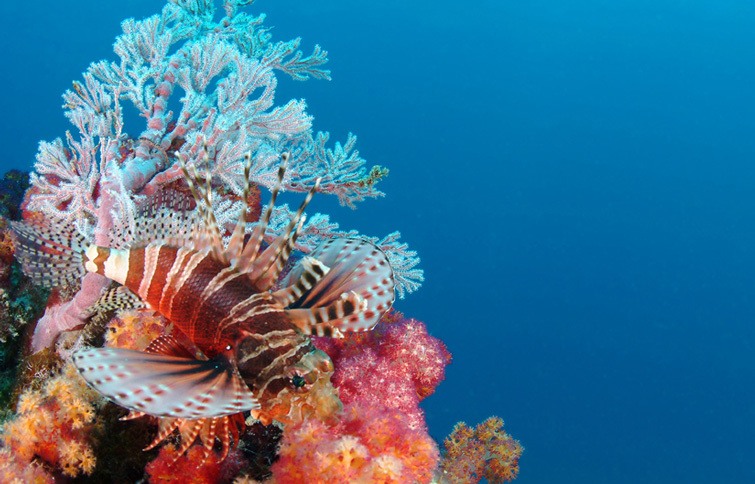 So have I manage to tempt you away from the beach? 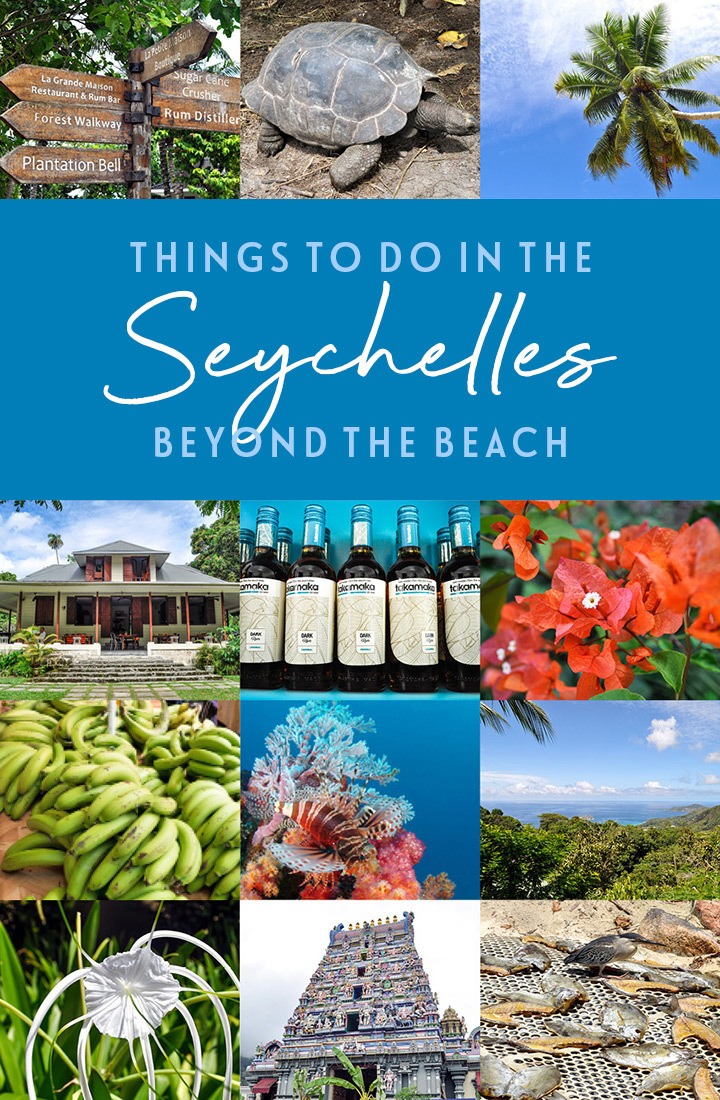 The image of the coconut tree feels like an image from Kerala, my native place :) Where is this Seychelles located., I think it has similar destinations like Kerala.

The Seychelles are in the Indian Ocean so not too far away! I've not visited Kerala but would love to someday.

Great article. After reading this article I would like to plan for a trip to Seychelles. Thanks for sharing.

Thanks, glad it was useful – such a wonderful place!

Seychelles is one of the beautiful beach destination in bucket list for most of the tourists, Comparatively expensive than the asian islands in Philippines, Indonesia, Thailand. Comparing the expense with Bora bora islands, seychelles is better option. honeymooners paradise. Waiting for more island beach destinations soon from Lucy, thank you.

Hi Lucy, It seems very amazing place and looks good to explore. I ll definitely put this place in my travel bucket.

Hope you get to visit sometime, it's a lovely place!

Such a great place to explore and beaches are so good and amaizng .Thank you for sharing this wonderful information.

Thanks, so glad you enjoyed it!