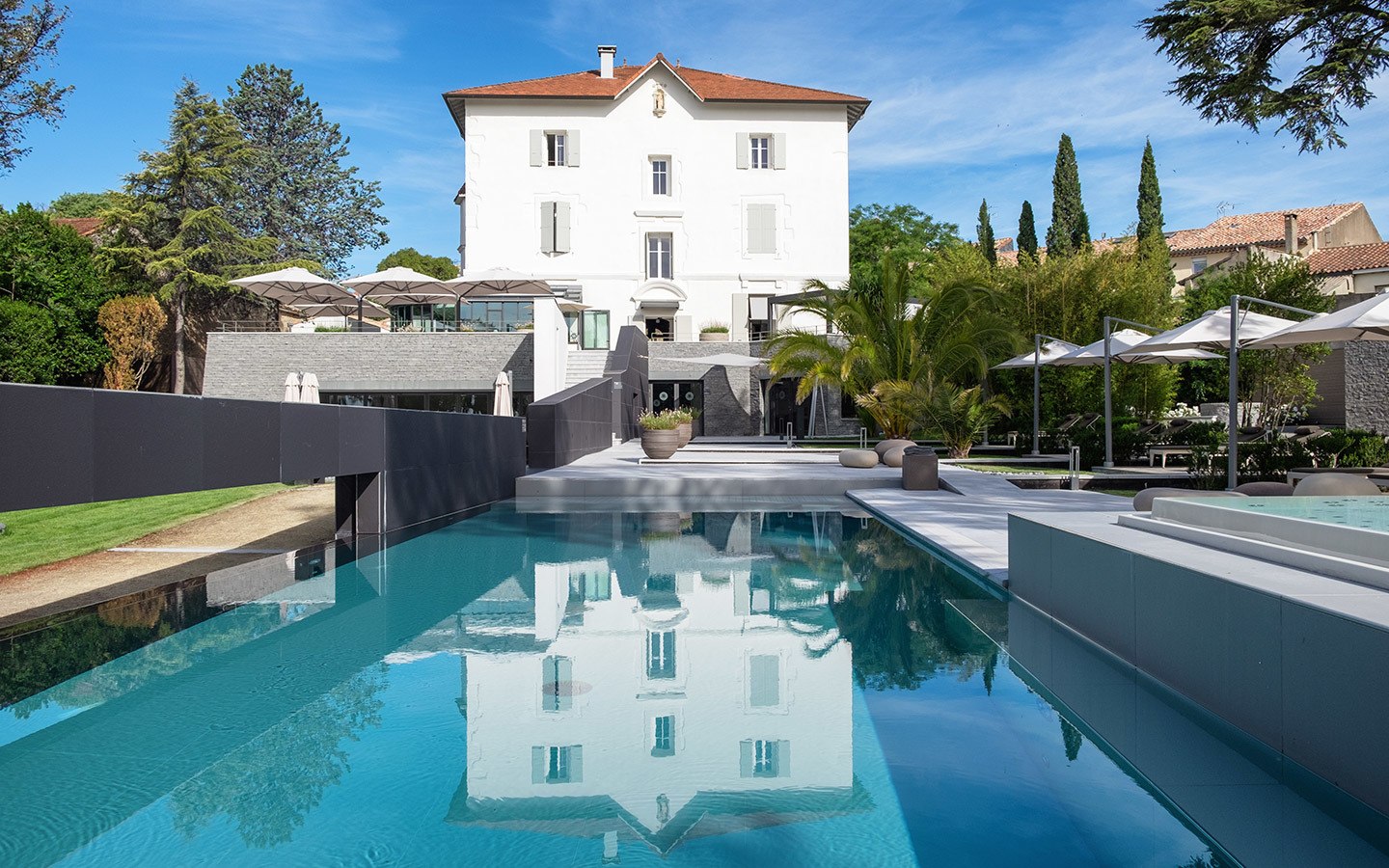 If you’ve always fancied yourself running a vineyard in the South of France by day and swanning around a stunning château by night, then Château Autignac is the place to live the dream… without having to do any of the hard work. The Château was built in 1860 by a local vineyard owner, but by the end of the 20th century it was well past its best. So in 2013, Denis Feigel and Eric de Turckheim decided to bring it back to life and restore it to its former glory – and in serious style. It’s been renovated and restored to gleaming perfection and turned into a chambre d’hôte, a kind of swanky French B&B. It’s the perfect place to relax and unwind, and get a taste of the laid-back French lifestyle (eat, drink, snooze, repeat). 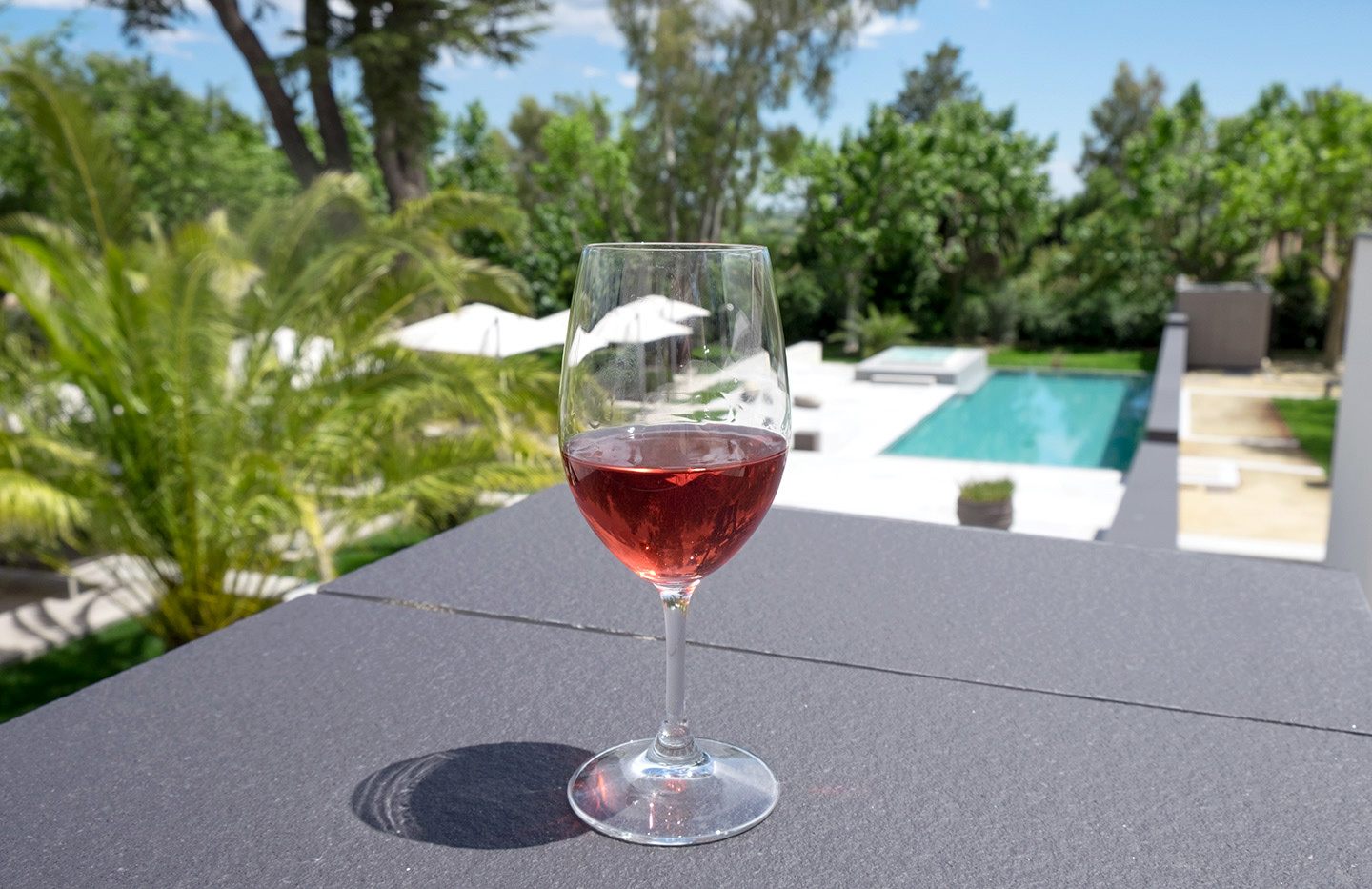 Rosé on the terrace

The Château is located on the edge of the village of Autignac in the Languedoc-Roussillon region of Southern France. It’s a gorgeous part of the country, full of medieval villages, vineyards and rolling green hills. Autignac itself is pretty tiny, but it does have a café and a few small shops. It’s one of the seven villages which make up the Faugères wine region, so as soon as you walk out of town you’re surrounded by vineyards. Faugères is a pretty village to explore, with a nice walk up to the windmills overlooking the village. You’ve also got the foothills of the Cévennes and the Haut-Languedoc National Park nearby, with plenty of walking and cycling routes. The nearest airport and mainline train station are in Béziers (25 miles away). You’re also around an hour from Montpellier and Narbonne if you fancy a beach day, and it’s just a bit further to the beautiful fortified city of Carcassonne and Perpignan close to the Spanish border. 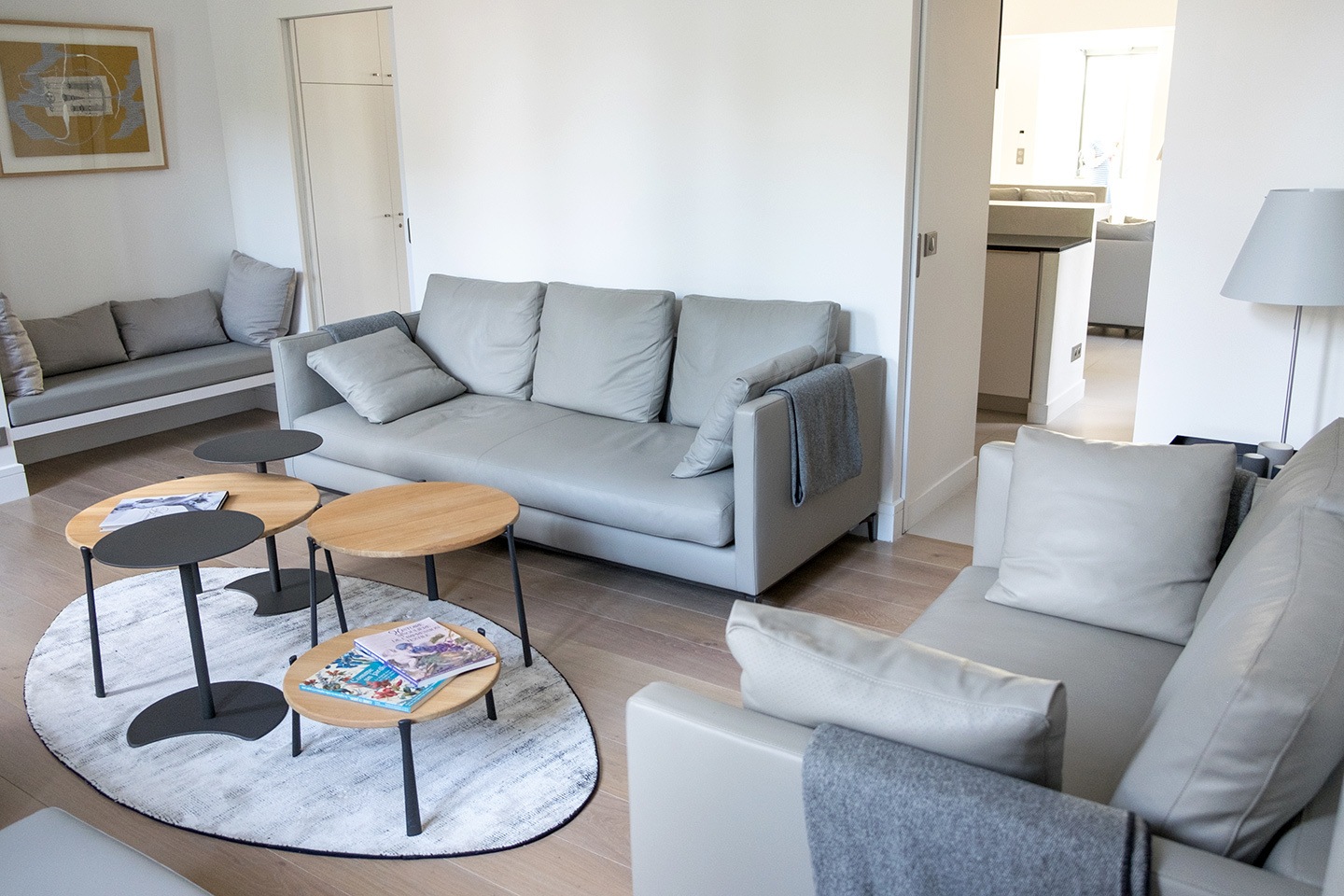 Coming into the Château feels a bit like walking into a page from an interiors magazine. It’s been beautifully renovated, keeping the traditional features like the original staircase but adding a modern spin. So there are lots of pale greys and whites, with stylish contemporary furniture, art and sculptures. It all comes together to give it a relaxing and tranquil feel, with plenty of light, air and space. There are only five bedrooms spread over the two top floors – two suites and three rooms, named after plots in the vineyard. Our front-facing room looked out over the village and had a twin bed (it can also be made up as a king-size), seating area, bathroom with double sinks and even a little cosy snug/work area in the turret tower. Beds are really comfy and it’s so dark and quiet at night that we slept so well. The Château also has a separate gîte, which you can rent by the day or week, which sleeps two with a bedroom, bathroom, living room and kitchen. 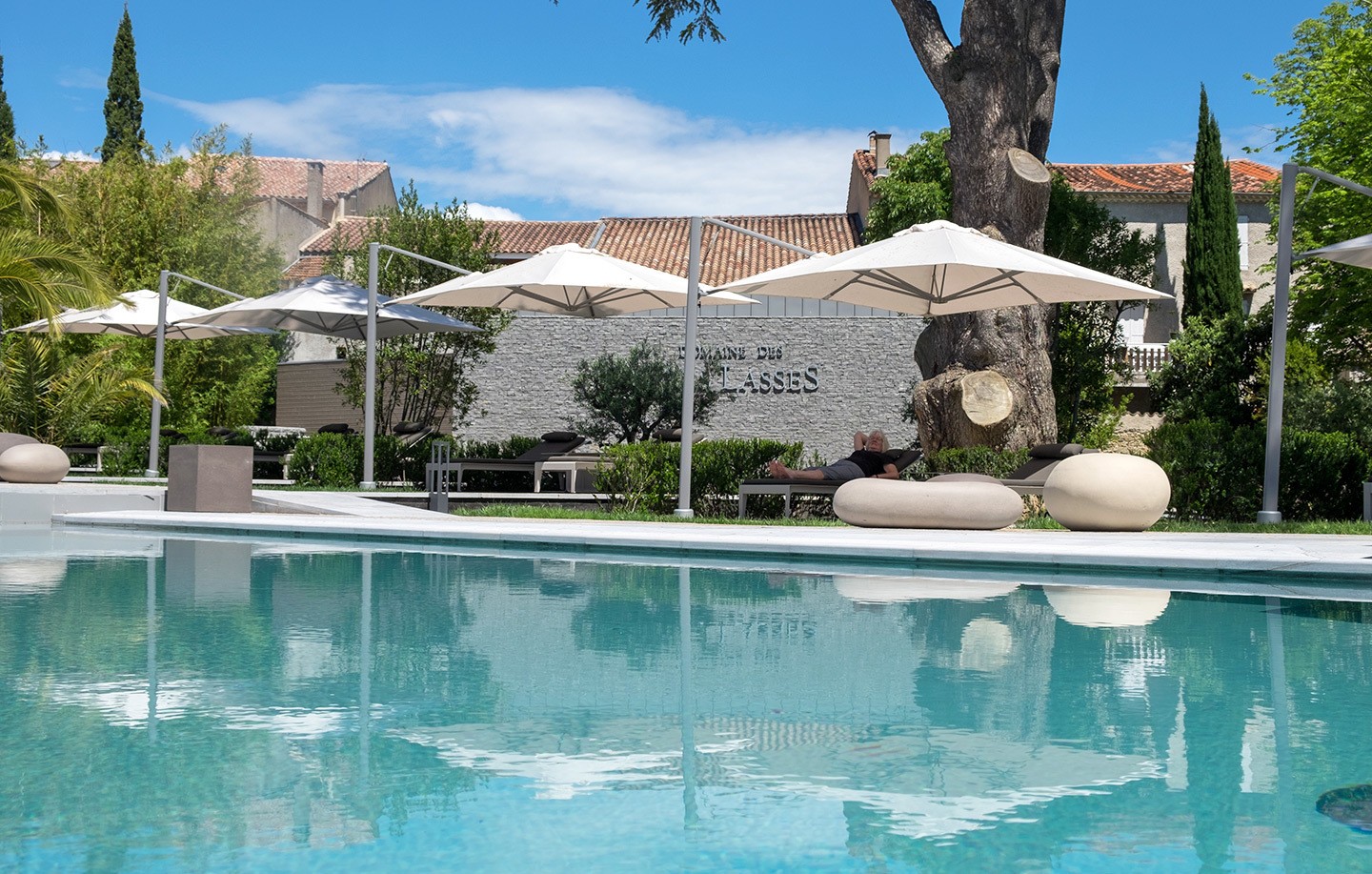 Breakfast is included and is served in the conservatory or out on the terrace. There’s lots of fresh local produce, with fruit and juices, cheese and ham, bread and cakes straight out of the oven. The Château even has its own range of jams and marmalades, with some quirky flavours like apricot and basil. As it’s only a small place they don’t generally serve lunch or dinner, but have lots of recommendations for places around the local area and are happy to make bookings for you. We liked Dame Jane in Faugères for good wine and plates of cheese and charcuterie, and the smart Château St Pierre de Serjac for a special meal. Don’t miss trying the Château’s own organic wine too from their Domaine des Prés Lasses winery. The vineyard started in 1999 and now has over 30 hectares of vines. There’s a tasting room at the Château where you can try some out and learn how it’s made. Our favourite was the rosé, perfect for a sunset drink in the garden. 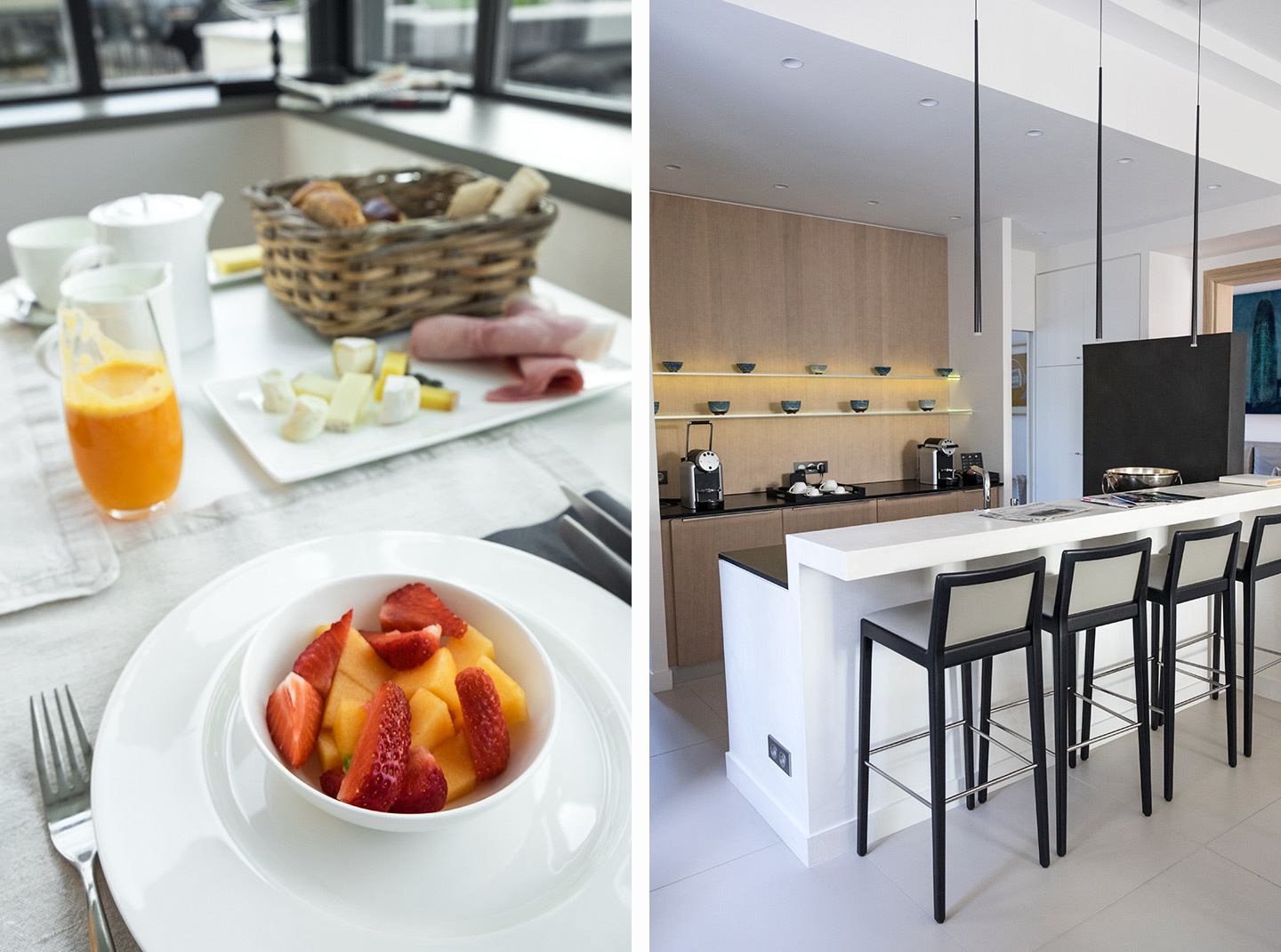 Breakfast time and coffee in lounge #2

Rather than squeeze in as many rooms as possible, the owners have left lots of space in the Château so even if was full it would never feel crowded. There are lots of quiet little corners to uncover where you can hide out with a book. There are a couple of lounges downstairs with a fireplace you can curl up by in the winter. Or in summer there’s even more space outside, with terraces on different levels and gardens stretching all the way around the Château. The star of the show is the double-sided infinity pool and jacuzzi though. Secluded and peaceful, we had it all to ourself one afternoon and had trouble dragging ourselves off the sunloungers. There’s also a boules pitch in the garden if you want to get into the French spirit. 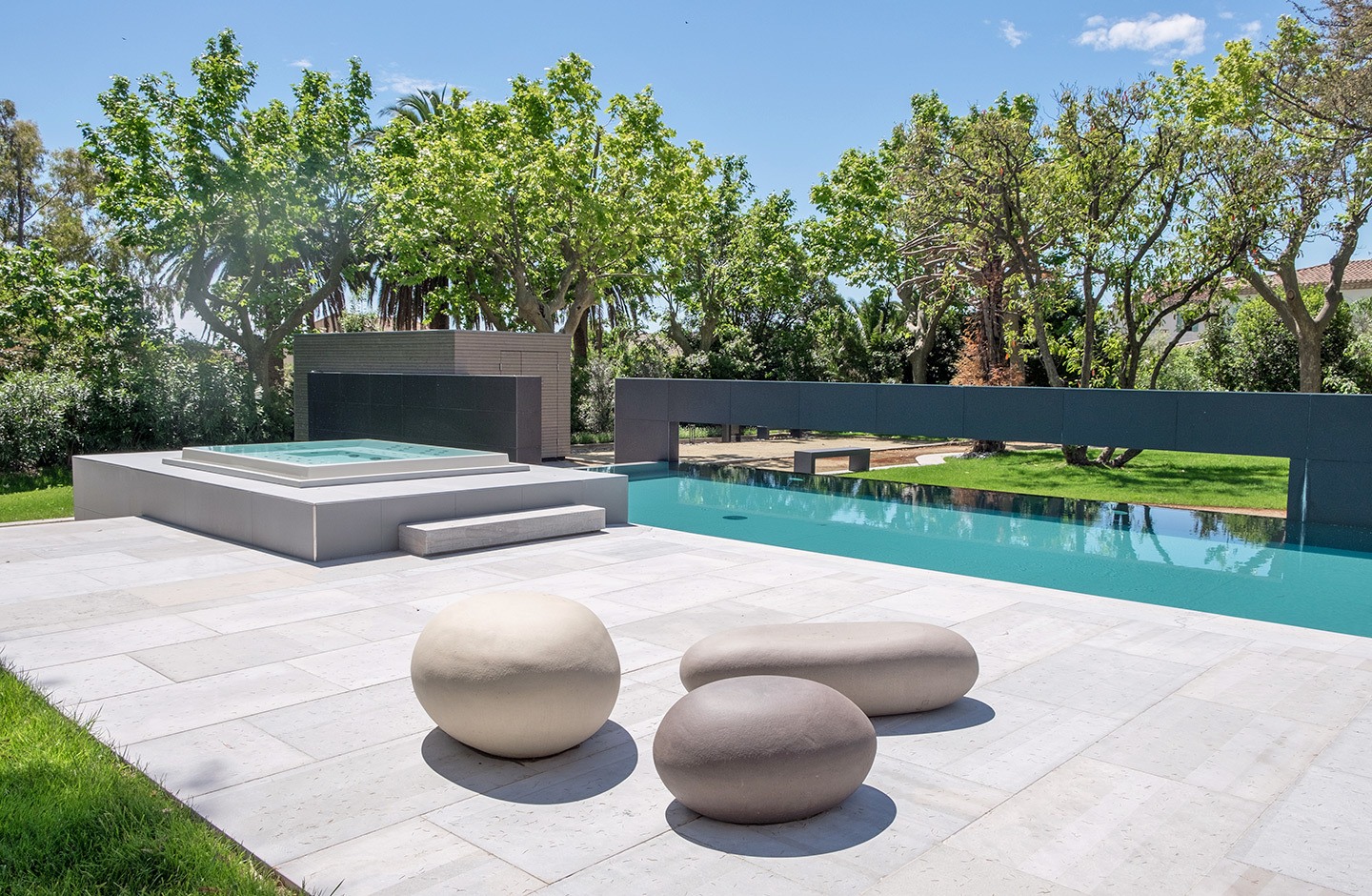 The stunning pool and gardens 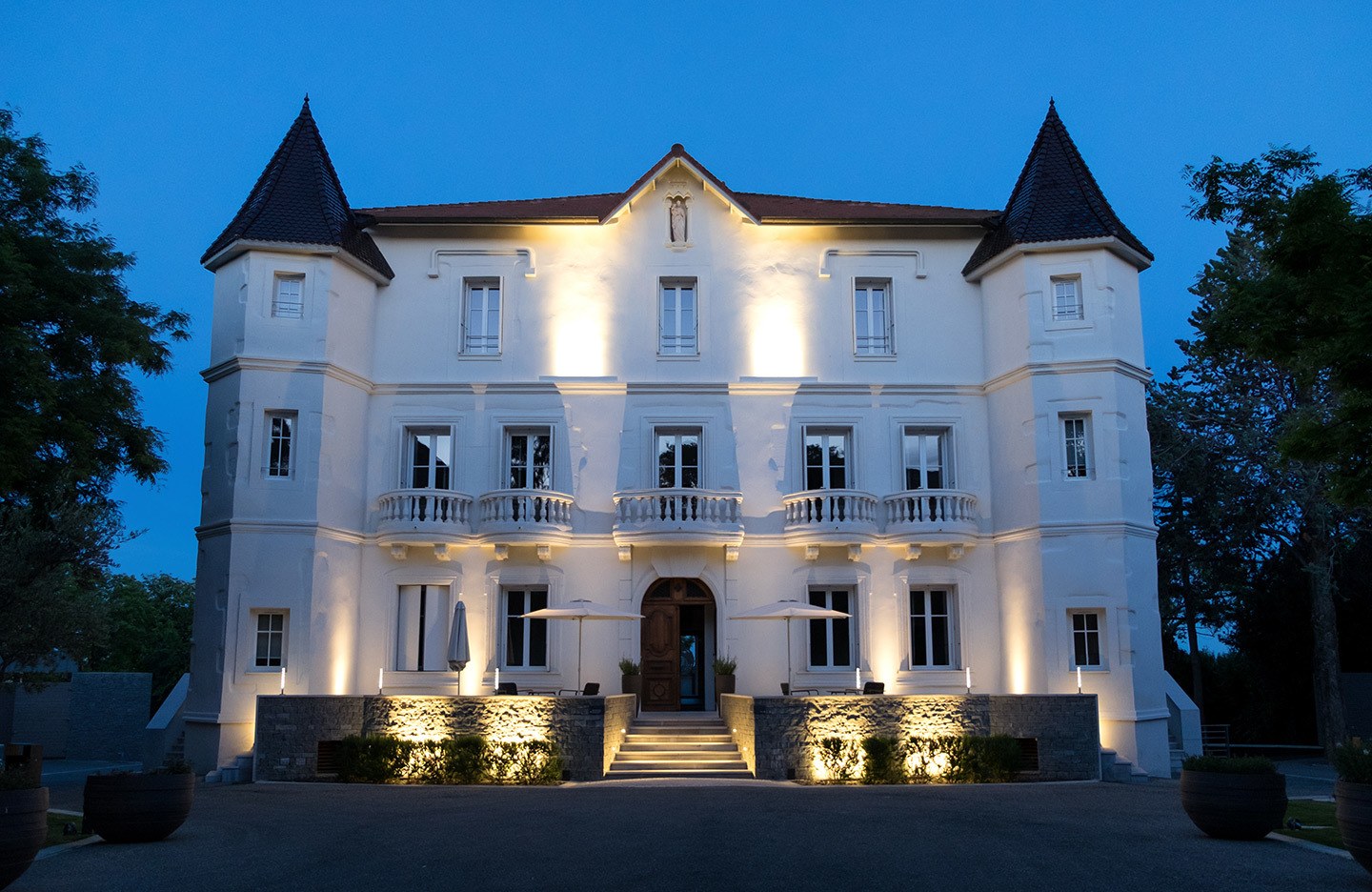 Night at the Château 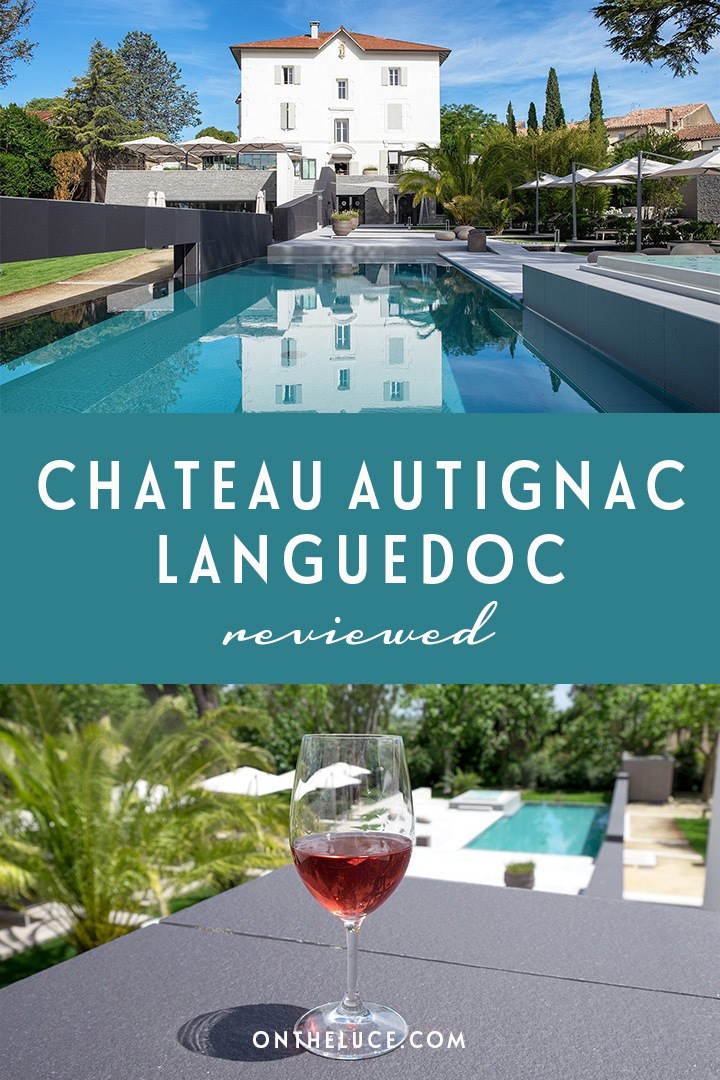 Many thanks to Château Autignac for hosting us. All views and opinions are, as always, my own.

Looks like a stunning place! That pool was gorgeous! I'm dying to check out some vineyards in France! Cheers!

It was so lovely – really relaxing, and of course so much good wine!

Lucy - this is stunning, so chic but small so very unspoilt by other guests! I've pinned it!

It was just lovely – so relaxing and it felt like we almost had it to ourselves there was so much space.

Oh my god I'm drooling, this is so sleek and stylish, it doesn't even look real, especially those giant rocks in the pool area, they're perfect!

When I took that photo I thought it looked like an artists impression! It's all real though – and just as lovely as it looks.

The chateau looks beautiful Lucy and impeccibly restored. I love all the calm cool colours and the pool looks divine...

It really was a stunner, such a relaxing spot – I'm missing the pool right now!