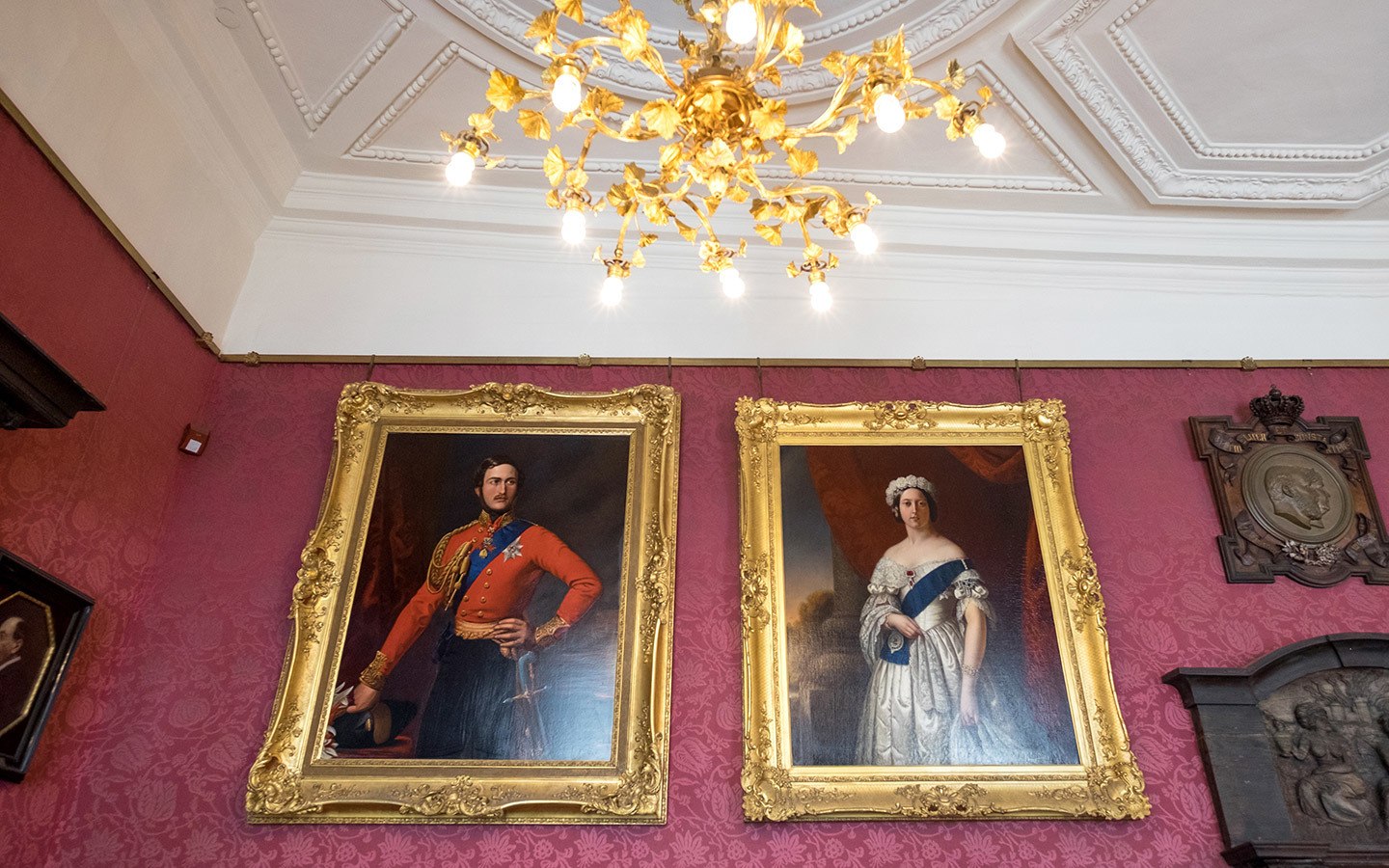 With as many rooms as there are days of the year, lavishly decorated interiors, centuries of artworks, quirky collections and acres of parkland, Schloss Friedenstein in Gotha is a palace on a giant scale. So it was the perfect place to start my exploration of Thuringia. This province right at the heart of Germany might be small, but it punches well above its weight when it comes to history and culture. Friedenstein Palace is packed with 350 years of history, and I even spotted a couple of familiar faces along the way – Britain’s Queen Victoria and Prince Albert. With the new TV series Victoria about the Queen’s early life spurring interest in her story, I set out to find out what the British Royalty’s link with this German palace is.

Read more: Erfurt and Weimar: A cultural weekend in the heart of Germany 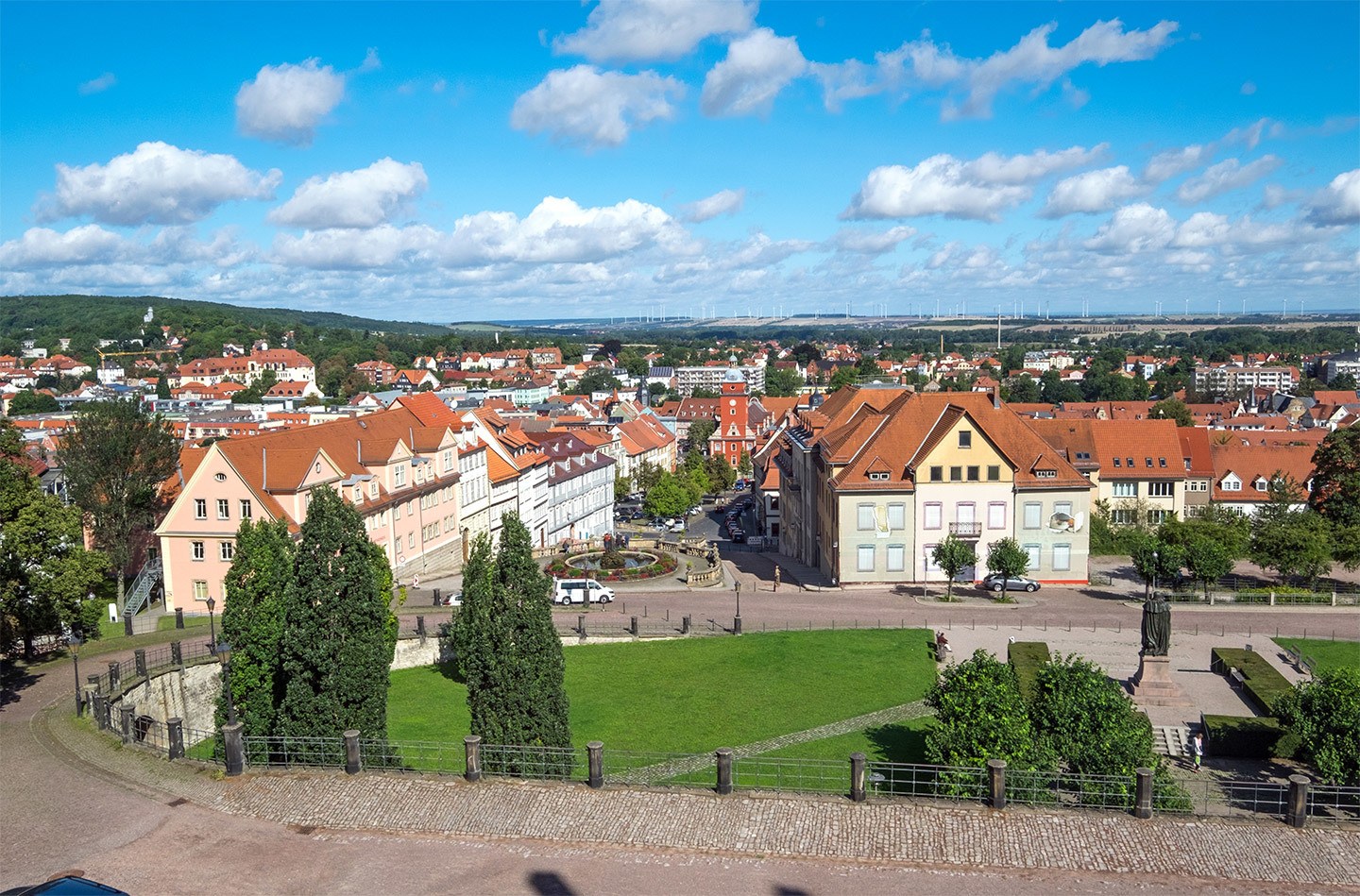 Any Brits who studied history at school will probably remember the name Saxe-Coburg and Gotha. This German dynasty has branches spreading through the royal families of Belgium, Portugal, Bulgaria and Britain. It would have actually been the Queen’s surname too if it wasn’t for her grandfather George V. In 1917 he decided it sounded a bit too German – not too popular while Britain was at war with Germany – so he changed it to Windsor. And the rest is history. But the Saxe-Coburg and Gotha name first came from Queen Victoria’s husband Albert, and that’s where Friedenstein Palace comes into the story. 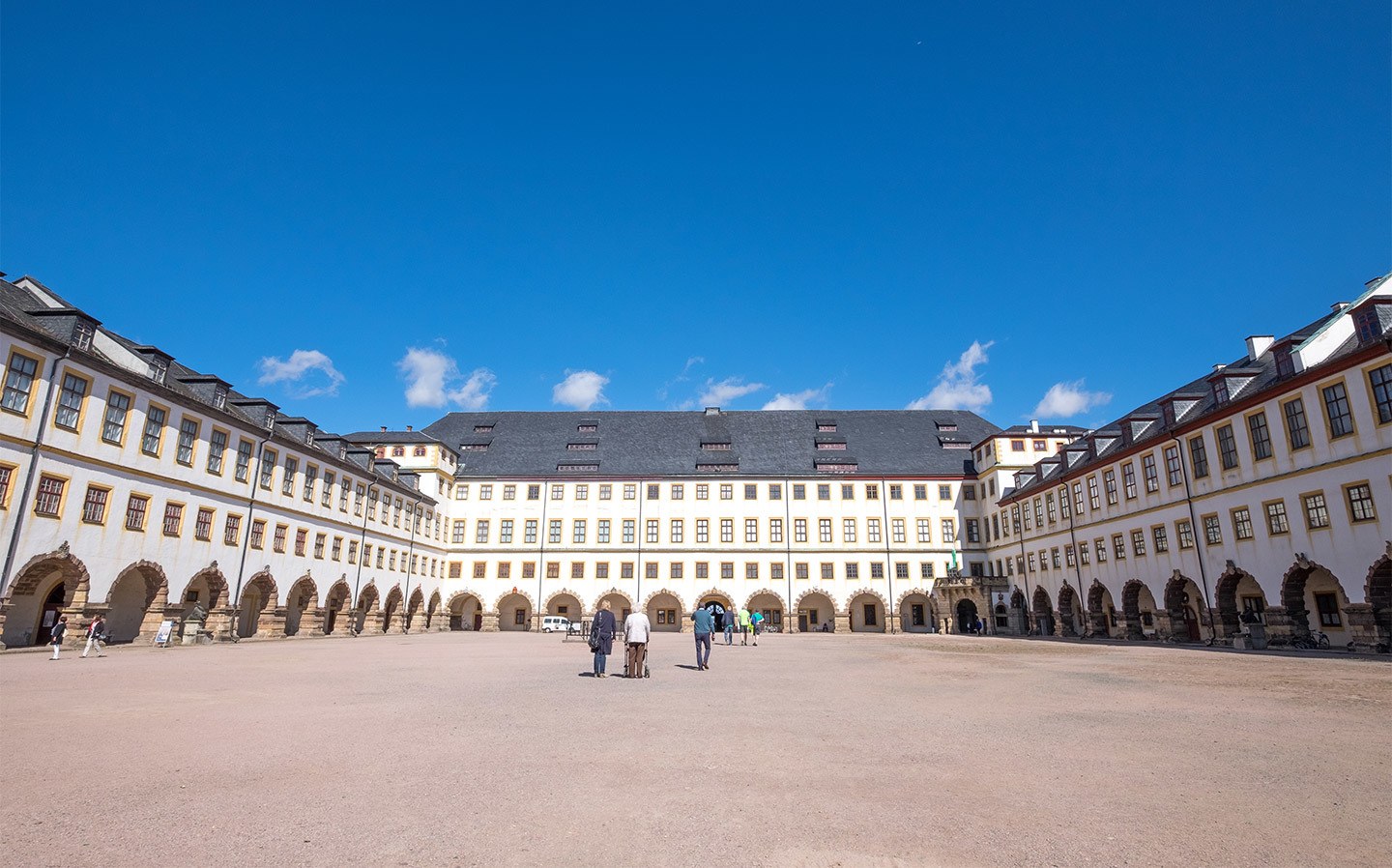 Friedenstein Palace was built in the mid 17th century by Ernest I – aka Ernest the Pious – who was the first Duke of Saxe-Gotha. The Thirty Years War had just ended and he was desperate for peace, so gave his new palace a name that meant ‘peace-rock’. At 100 metres long and 140 metres wide, it was one of the largest palaces of its time and one of the first Baroque palaces ever built. We took a tour around some of the public rooms where I discovered that Baroque style means everything is on a grand scale, with every surface covered with gilt, carvings or inlaid wood. Less was definitely not more. One of the most spectacular spots is the ballroom, where guests would be entertained in style – and Queen Victoria was one of them. 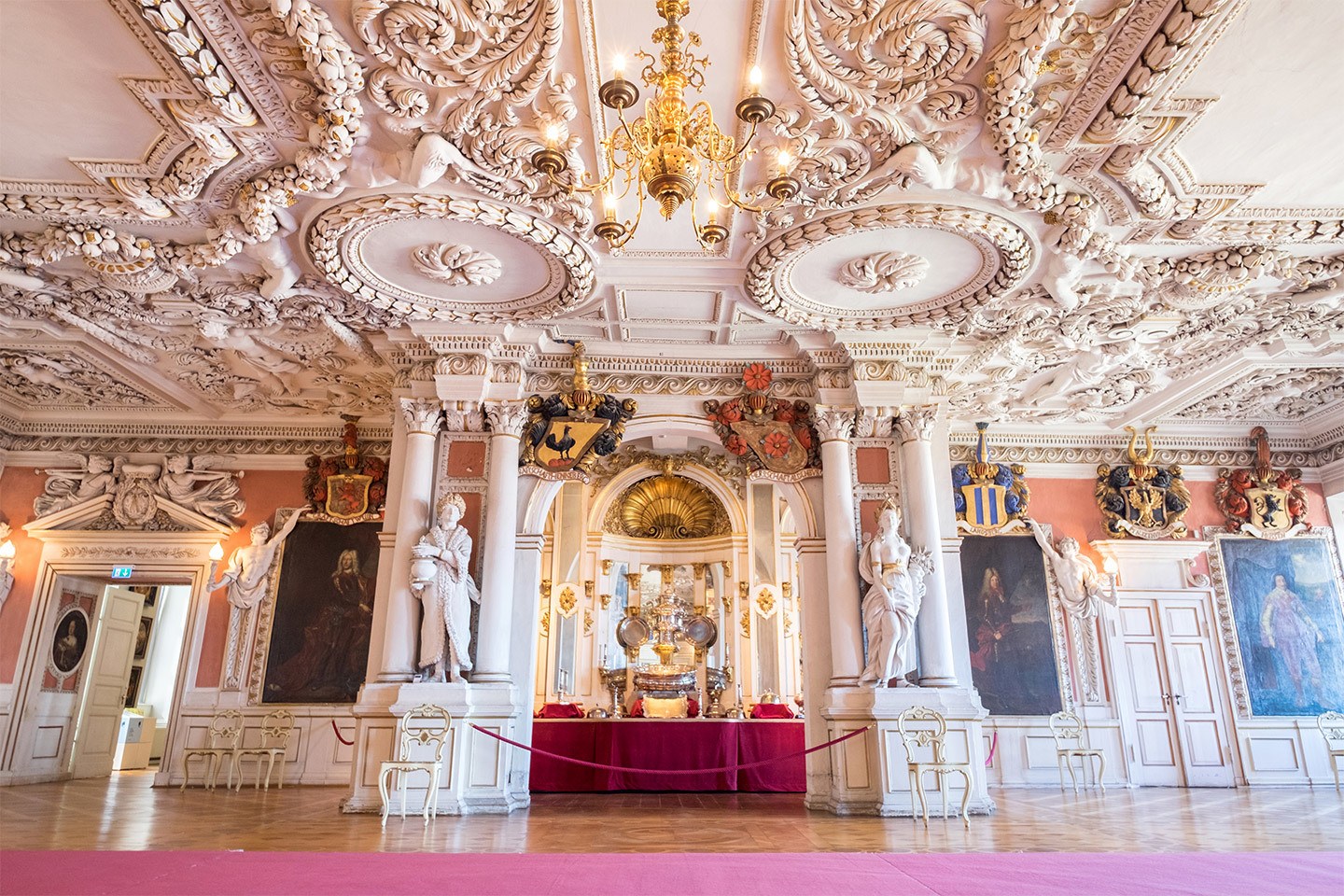 After Ernest I, the palace passed down through the family until it reached Ernst I of Saxe-Coburg and Gotha, Prince Albert’s father. Victoria and Albert were cousins – her mother was Princess Victoria of Saxe-Coburg-Saalfeld – and when she was 17, her uncle Leopold did a bit of matchmaking and got Victoria to invite her German relatives to visit. Victoria fell for Albert straight off and wrote how he “possesses every quality that could be desired to render me perfectly happy”. He wasn’t quite so convinced though and it took a few more years until she became queen and they got married. They had a happy marriage and nine children, so when he died at the age of 42 she was devastated and went into mourning for the rest of her life. 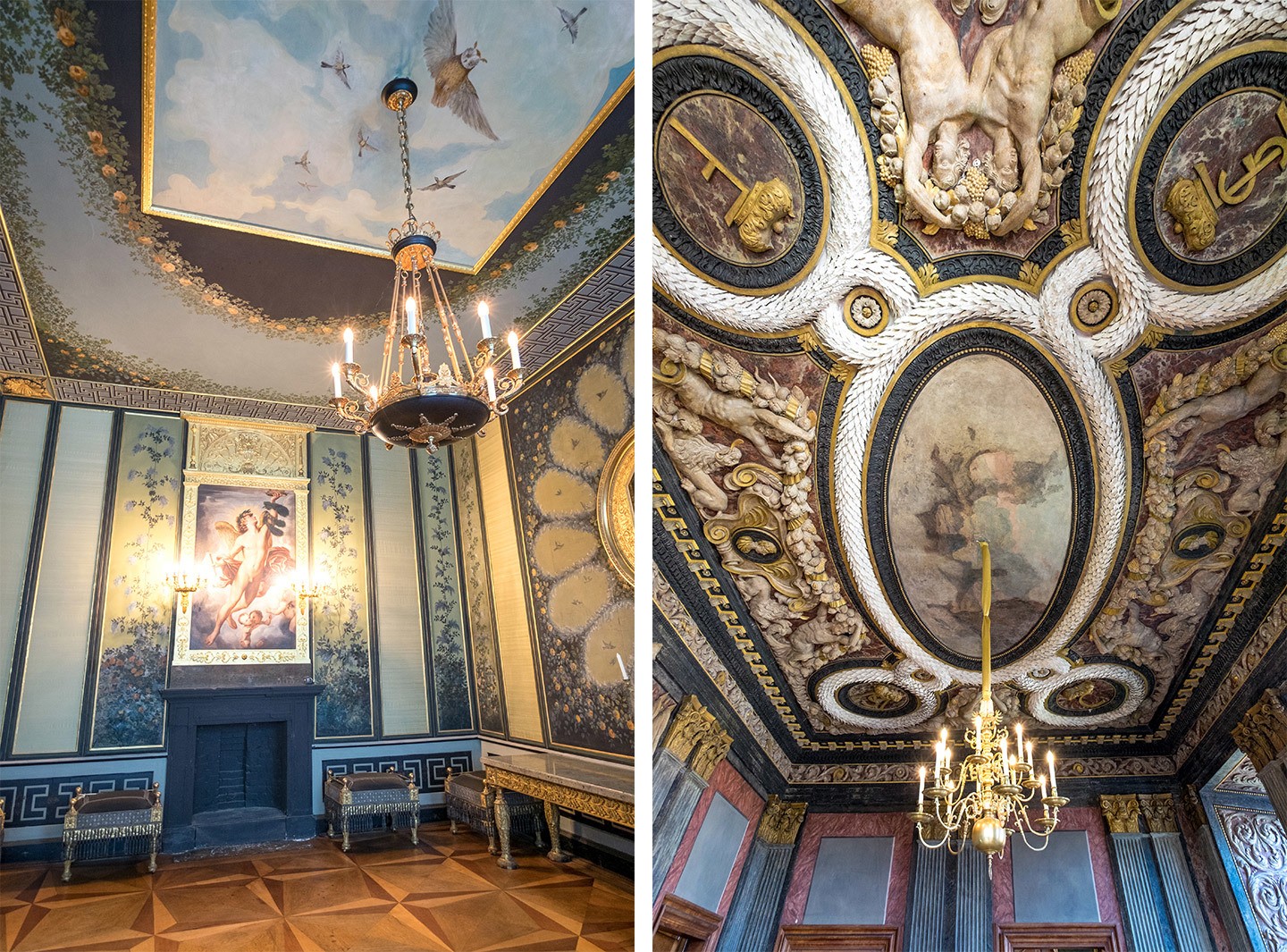 Back at the palace, Albert’s brother Ernst II didn’t have children, so he left Friedenstein to his nephew, Victoria’s second son Alfred. Victoria, Albert and her children were all frequent visitors to Gotha to see Albert’s family, so the palace was part of Alfred’s childhood. He gave up his British title as Duke of Edinburgh and went to live in Germany. But there were troubles ahead – his son Alfred died at only 24 after a mysterious shooting at the palace. No one knows exactly what happened but it’s said that he shot himself after a row about his mistress during his parents’ 25th wedding anniversary party. When Alfred died, the palace went to his nephew Charles Edward who was stripped of his British titles after siding with Germany in the war and eventually abdicated. The Duchy was finished and Friedenstein became a museum. 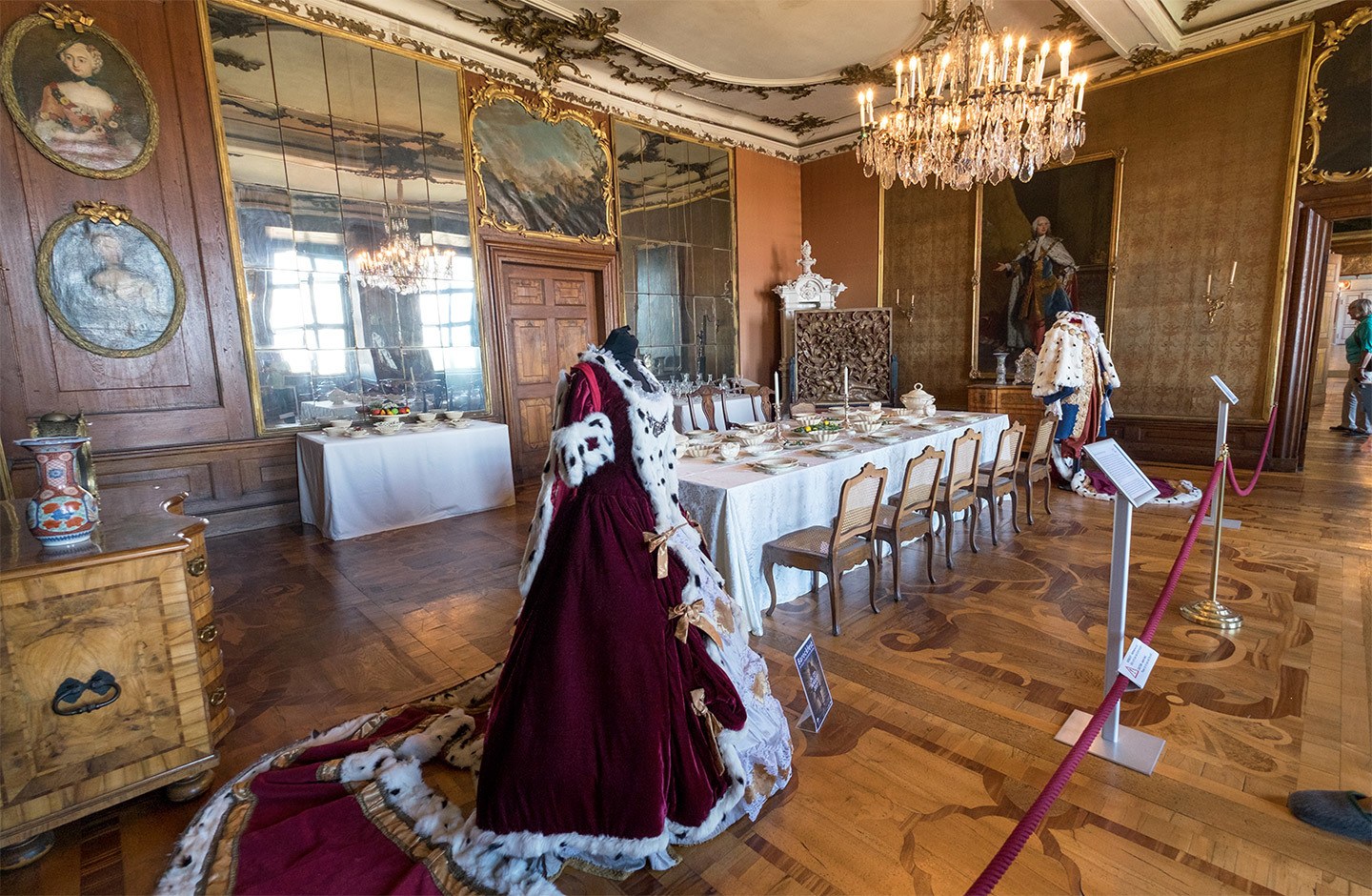 The museum has 38 rooms to explore, which have hardly changed for 350 years. It even has the original flooring, so you could literally be walking in Victoria’s footsteps (though I imagine hers were more elegant than the giant protective slippers you’re given so the floor doesn’t get damaged). Over the years the palace built up an amazing collection of artefacts. The dukes loved to collect, and each had their own special interests. They were pretty diverse to say the least – from intricately decorated shells and European landmarks carved out of cork, to Egyptian mummies and coins. Eventually there were so many collectables that even this huge palace was bursting at the seams, so a separate Ducal Museum was built across the road. We took a peek into some of the galleries, but it would take you all day to see everything. 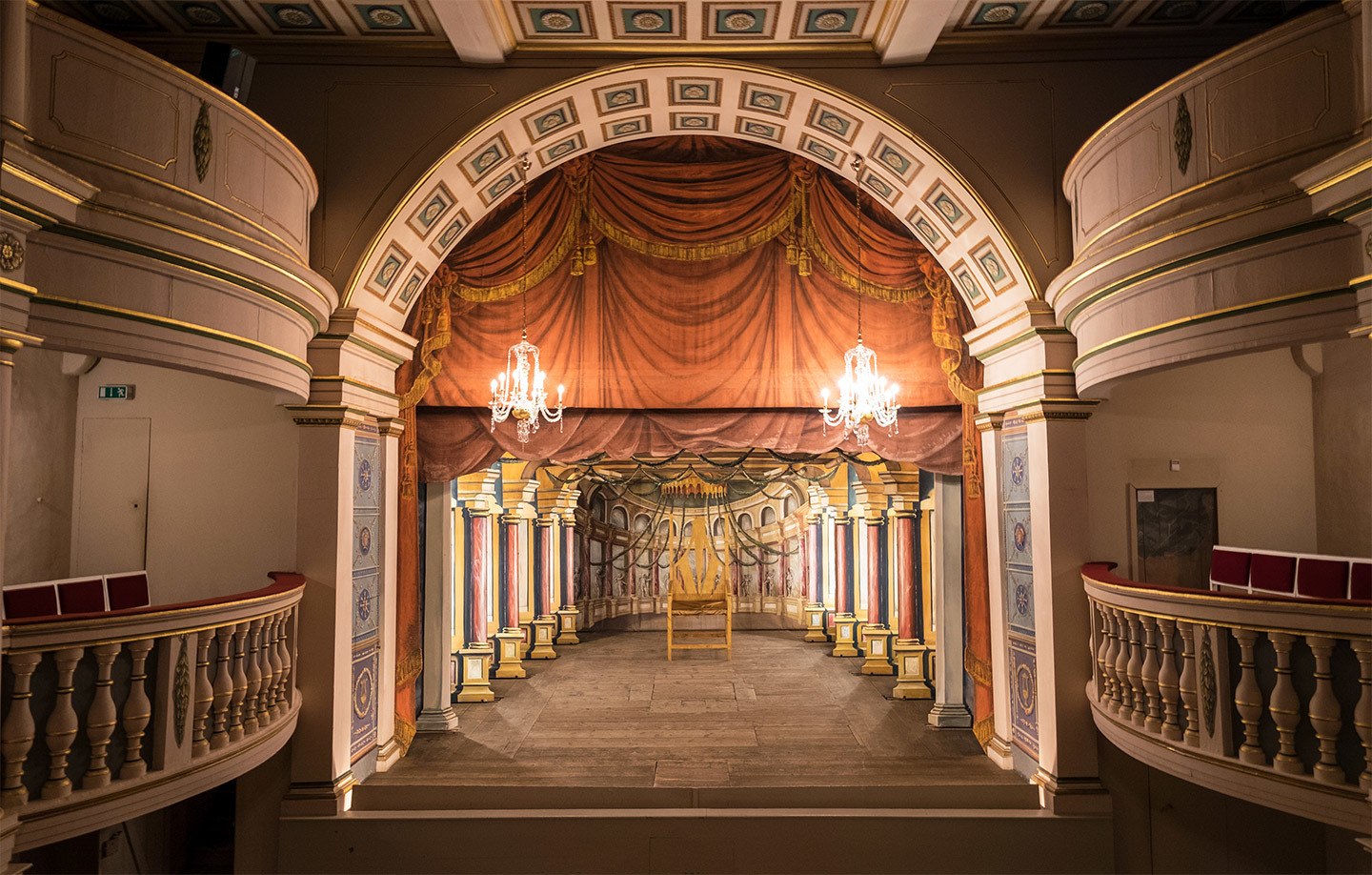 One of the most unusual spots in the palace is the Ekhof Theatre. This original Baroque theatre is one of the oldest theatres in Germany. It was designed with wooden machinery that can change the scenery in seconds – state-of-the-art technology when it was first built. It still works today too – during July and August each year the Ekhof Festival brings the theatre back to life, showing plays from the 15th to 18th centuries. Victoria and Albert might well have been in the audience 170 years ago (I like to think of them on a royal date night!). With all the pressures of being the monarch back home, Thuringia was a place Victoria could escape to, and she wrote in her diary in 1845 “I feel so at home here”. And I was already starting to see why. 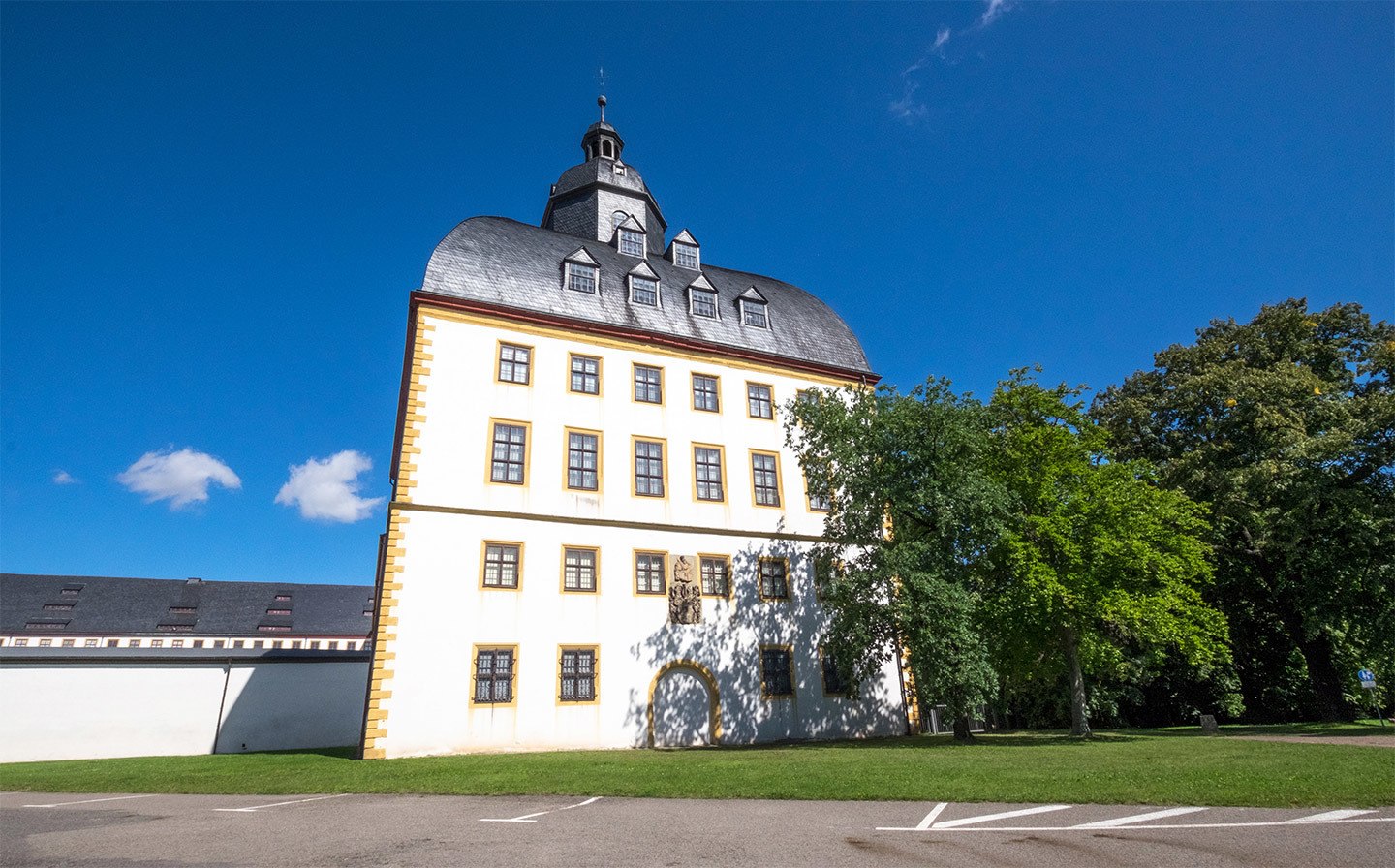 One of the palace’s towers

Friedenstein Palace is located in the town of Gotha in Thuringia in central Germany. It’s open from 10am–5pm (4pm from November–March) from Tuesdays to Sundays. Entry costs €10 (€4 for concessions or free for children 16 and under) and an audio guide costs €2.50. If all that history gets you hungry, Pagenhaus restaurant, just outside the palace gates, serves up tasty traditional local dishes. And don’t miss climbing the Clock Tower in Gotha for a bird’s eye view of the town and palace for a bargain 50 cents. 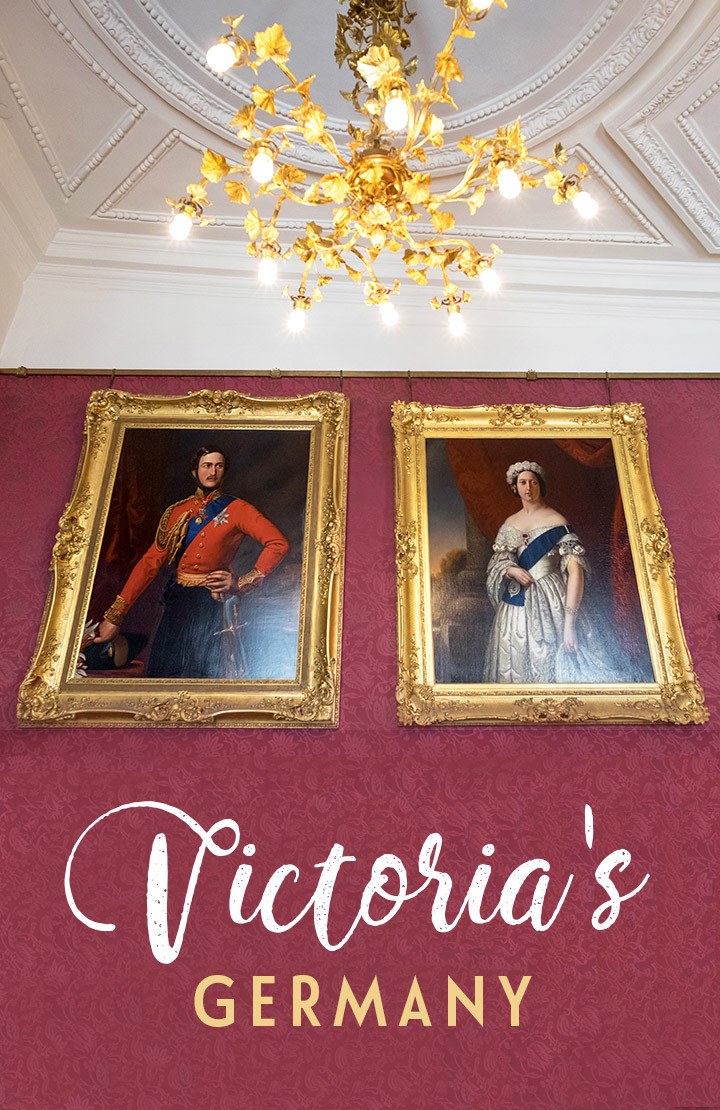 Many thanks to Visit Germany for hosting me in Thuringia. All views and opinions are, as always, my own.

Great article with good insights. It will help people who are planning to go to Germany.

Thanks, good to hear that it was useful!

How about a word or two about how cruelly Luise of Saxe Gotha Altenberg was treated by the Coburgs?

I didn't know much about that part of the family's history but will do some more reading on the subject, thanks for flagging it up.

That grand ballroom had me swooning. Would love to see Friedenstein Palace up close and personal! Wow.

It was quite a place!

What an incredible place to visit. I can't quite decide if I love or hate the over-the-top Baroque style. Fascinating history too. I'd love to visit one day. Are visitors allowed to take photos or did you need special permission?

I know what you mean, the work involved is just amazing but it's all a bit much! I think people are allowed to take photos too.

I haven't been to Germany since my GCSE exchange trip and it hasn't been on the list, but there are some spectacular places. Vienna is dear to my heart and I think Germany is ripe to explore

I hadn't seen much of Germany other than Berlin before but really enjoyed the trip – it's given me lots of ideas for other German areas to explore now too.