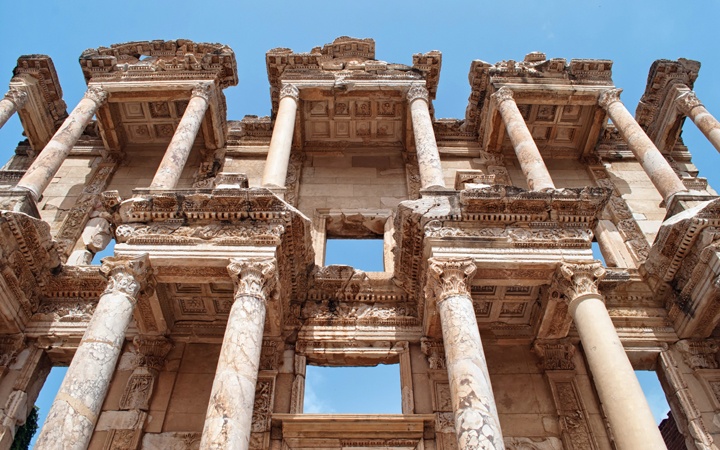 On the western coast of Turkey, Ephesus has some of the Mediterranean’s best-preserved, grandest ruins. As a major port for trade routes to Asia it grew from a coastal town in the 10th century BC to the second largest city in the world. A series of rulers over the years left their mark – from the Greeks and Romans to the Byzantines and Ottomans. But when its port silted up, Ephesus was abandoned and fell into ruins. It was rediscovered in 1863 by a British archaeologist and it’s been excavated ever since, but still only 15% of the whole site has been uncovered so far. You can still get a good idea of its scale though as you wander through a mix of ruined temples, colonnaded streets and theatres.

History comes to life all around you as you stand in the amphitheatre where St Paul preached in Biblical times or follow in the footsteps of Alexander the Great and Cleopatra along the Arcadian Way. The city’s most famous building was the Temple of Artemis, one of the Seven Wonders of the Ancient World, but that’s long been destroyed. The centrepoint today is the two-storey Celcus Library – as impressive now as back when it was one of the ancient world’s largest libraries, filled with 12,000 scrolls. 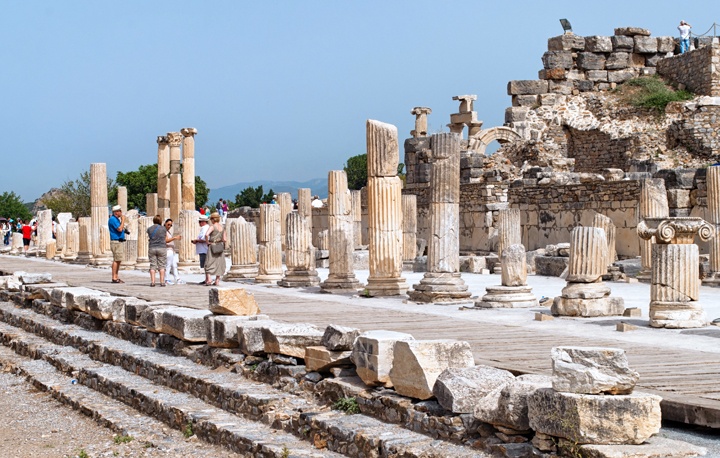 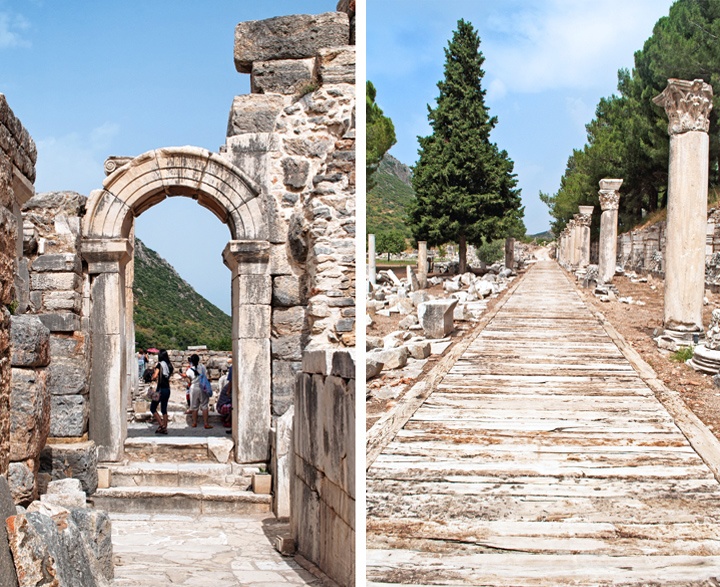 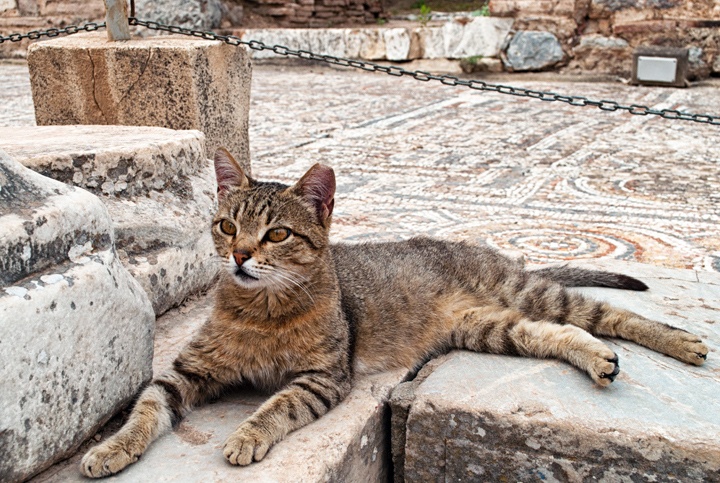 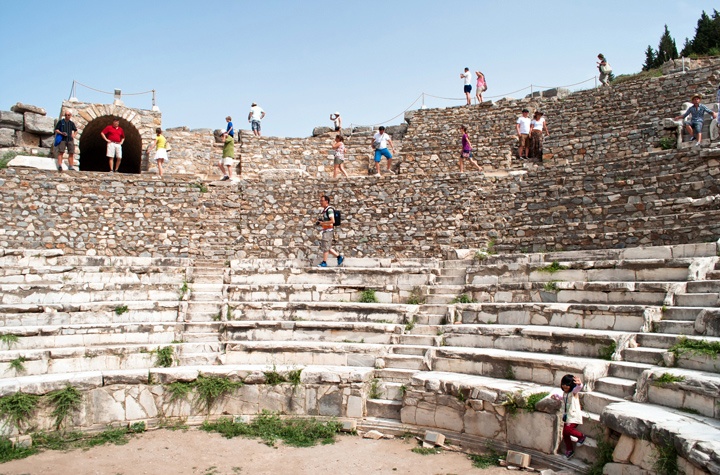 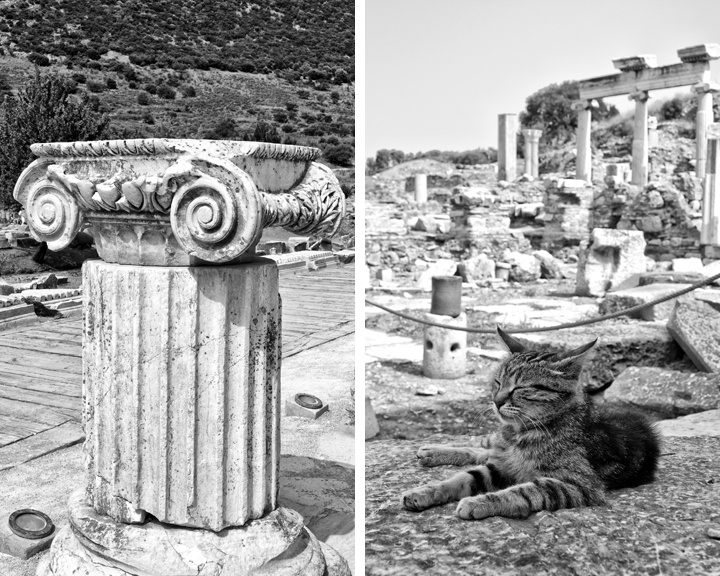 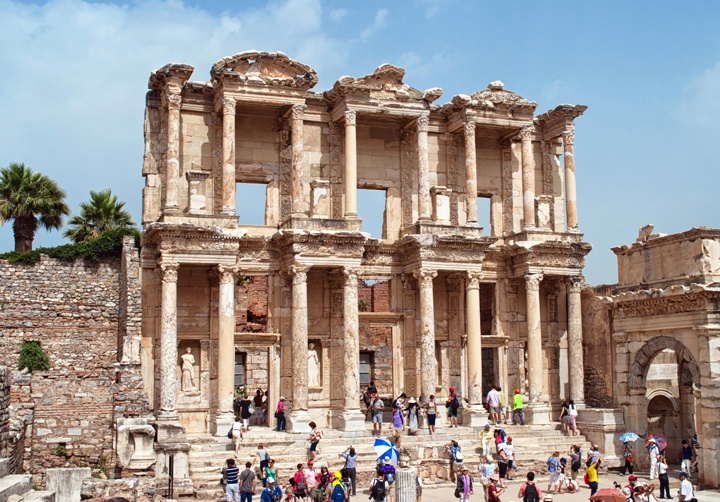 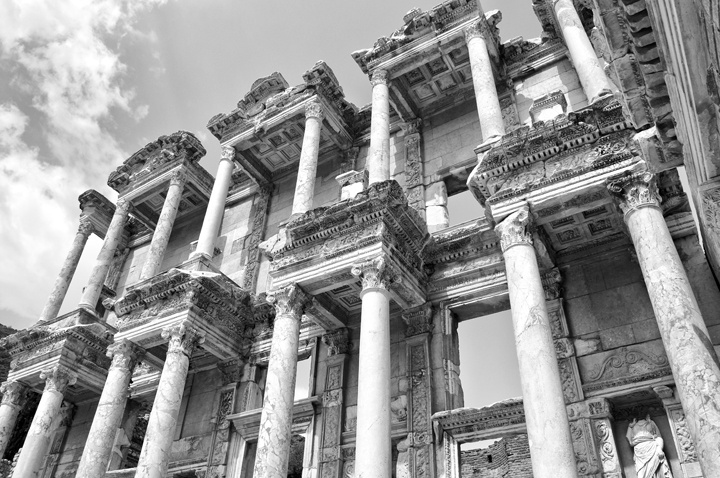 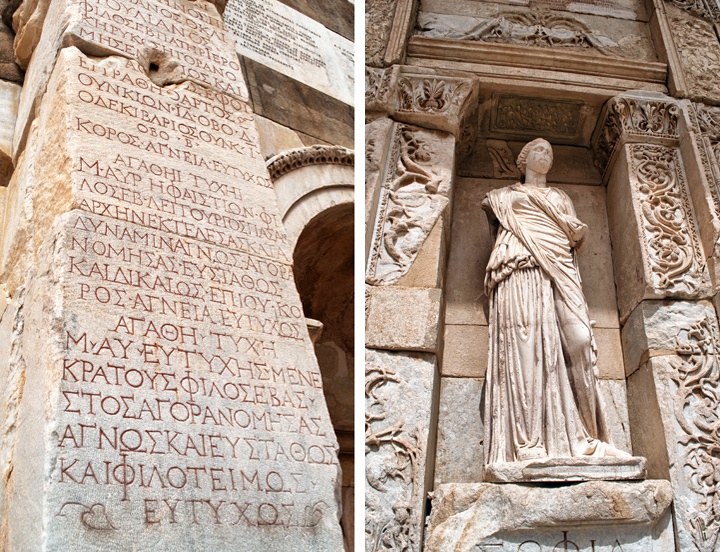 Ephesus is near Selçuk in Western Turkey, between the resorts of Izmir and Bodrum, and around 12 miles from the cruise port of Kusadasi. Entry costs 40 Turkish Lira (£8.50), plus an extra 15 Lira (£3) for the Terrace Houses. The site is open 8am–7.30pm from mid-March to late October and until 5.30pm off-season. 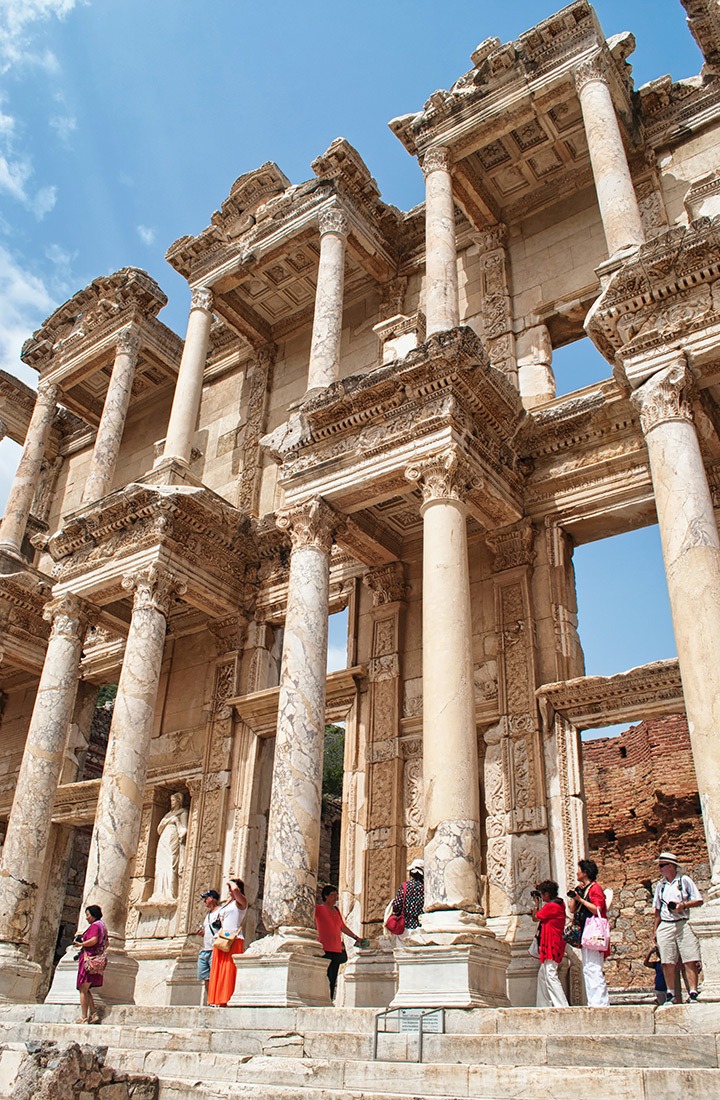 I visited Ephesus on a Celebrity Cruises ‘Discovery Walk in Ephesus’ shore excursion on their Venice to Istanbul cruise. Many thanks to Celebrity for hosting us. All views and opinions are, as always, my own.

Hi Lucy! We loved your blog ! We love travelling too. Just one thing...... Turkey does not belong to Europe. Thanks.

Now what's a difficult one as it's really half Europe half Asia, but I had to pick one for the index so went with Europe!

Lucy, we were recently so close to Turkey, and if we'd had another month, I would have loved to have explored the country - especially Ephesus. ('Til now, I've only been to Istanbul.) Your black & white treatment of select images brings out the details of Ephesus, and the napping kitty is precious. What time of year were you and your mother there?

Thanks Tricia, I can never resist the cats around temple sites, and liked focusing on the little details as the main sites were very busy. We were there in mid June, so it was hot but the hazy sunshine meant it wasn't too bad, and there were some shady tree areas to break it up.

Really beautiful pictures! I visited when I was a kid, hoping to go back again soon.

Thanks, hope you get to make the return visit one day!

This really looks fabulous. What an experience, and what lovely pictures

Thanks, I didn't know much about the ruins before I visited but was really impressed.

The architecture is gorgeous!

And so well-preserved too considering it's been there for such a long time!