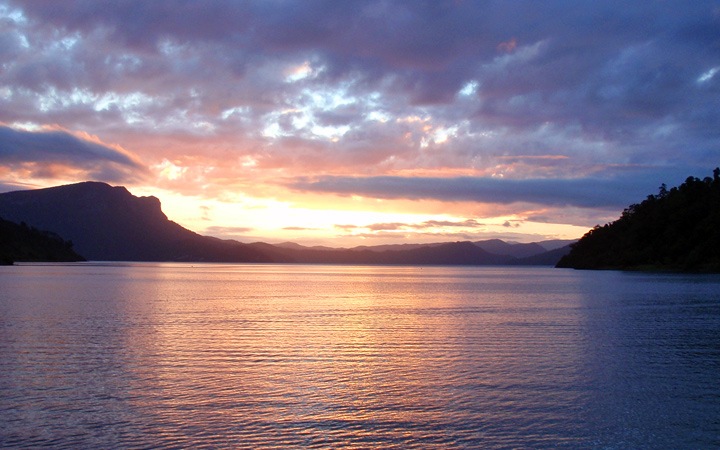 “Lake what?” After two days of road-tripping our way along the winding coast of New Zealand’s East Cape, we had arrived into Gisborne and had the map spread out to plan the next stage of our route. The obvious way to go was to carry on down the coast all the way to Napier, but a tip-off from a local tour guide had us looking in the direction of this unpronounceable lake. Lake Waikaremoana (it’s why-corry-moo-arna apparently), so we were told, was a beautiful lake in the middle of miles of wilderness forest, dramatic rock formations and waterfalls. And not that many visitors – possibly as they couldn’t pronounce it. But whatever it was called, it sounded well worth a road trip diversion. 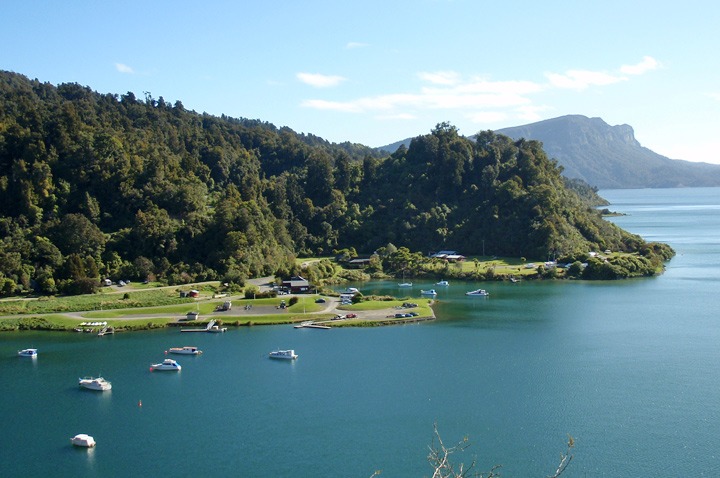 The Motor Camp at Lake Waikaremoana

Lake Waikaremoana gets its tricky name from the Māori word for ‘sea of rippling waters’, and it has a huge 54km² worth of them. It’s surrounded by native forest that has never been logged, making it a great habitat for birds and wildlife, with a conservation programme to protect rare birds like the Kiwi and Kōkako. Most of the visitors to the lake come to sail or fish for trout, or to walk the Lake Waikaremoana Track – a three- or four-day walk that’s one of New Zealand’s Great Walks.

The lake forms part of Te Urewera National Park, the North Island’s largest national park. It’s the oddest named park in the country too, as when translated from the Māori, Te Urewera literally means ‘burnt penis’. The story goes that a chief out hunting in the area rolled over in his sleep a bit too near to the campfire and burnt his groin. According to Wikipedia it’s the only national park in the world named after genitalia! 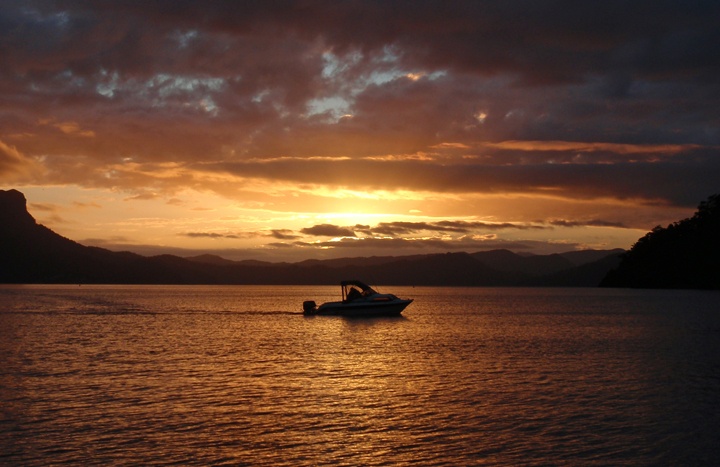 Watching sunset over the lake

A big part of the lake’s charm is how remote and peaceful it is, and it has managed to stay that way by not being too easy to get to. From the town of Wairoa on the coast (the last place to stock up on supplies), the road inland gets more and more windy and narrow, with the last part on unsealed gravel. But it was worth it when we pulled up at Lake Waikaremoana Motorcamp, one of the few places to stay on the lake.

We rented a chalet next to a group of trout fisherman who had been up for their annual fishing trip, for the 15th year in a row. It’s illegal to buy or sell trout in New Zealand, so if you want to eat some then you have to catch it… or at least befriend a group of trout fisherman who have. My friend Linda is a keen fisherman (should that be fisherperson?) and after comparing fishing stories they kindly donated us one of their trout to cook on the BBQ. It went perfectly with a cold beer while watching the sun set over the lake. 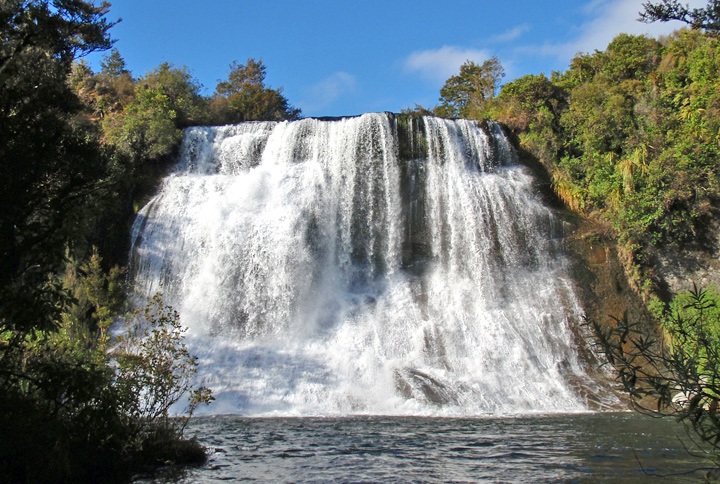 Even if you don’t have time to do the full Lake Waikaremoana Track, there are plenty of other walks in the area. We started off with the short walk to the Papakorito Waterfalls, then went on to do the Onepoto Caves Track. This 2km walk takes you down into a valley and through dense undergrowth past different caves, from small overhangs to 20-metre-long caverns. The caves were formed by a massive landslide 2200 years ago at the same time as the lake. We slipped and slid our way through the caves, watching out for the wetas, a kind of giant cave-dwelling cricket.

Our final walk was to Lou’s Lookout, up through boulders and rock outcrops for a panoramic view across the lake – where the strong winds whipped up the lake below into the ‘rippling waters’ which gave it it’s name. Lake Waikaremoana might not be the easiest place to get to, or pronounce, but it was well worth the detour. 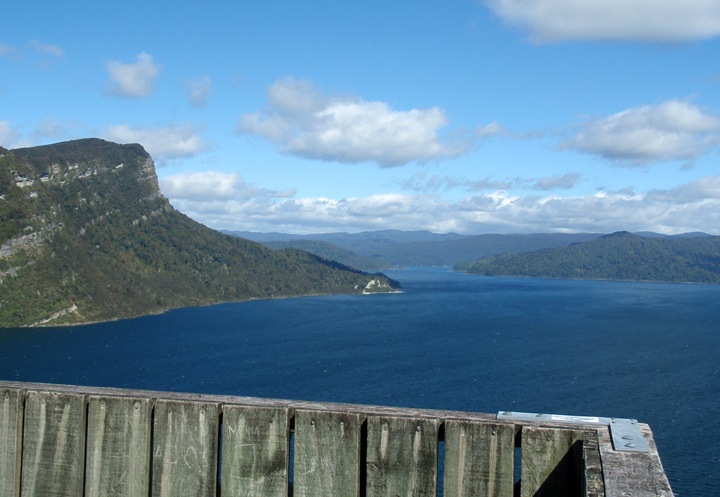 The view across the lake from Lou’s Lookout 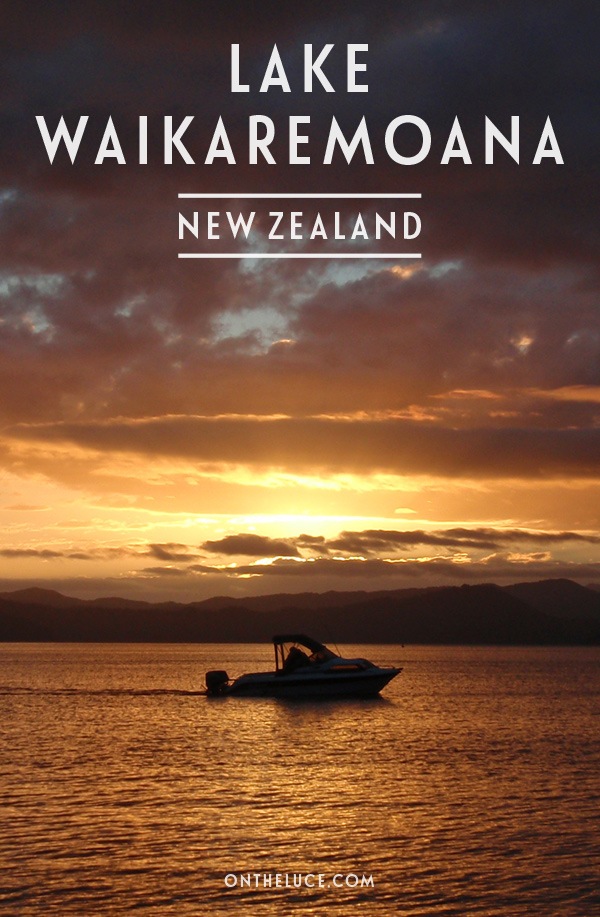