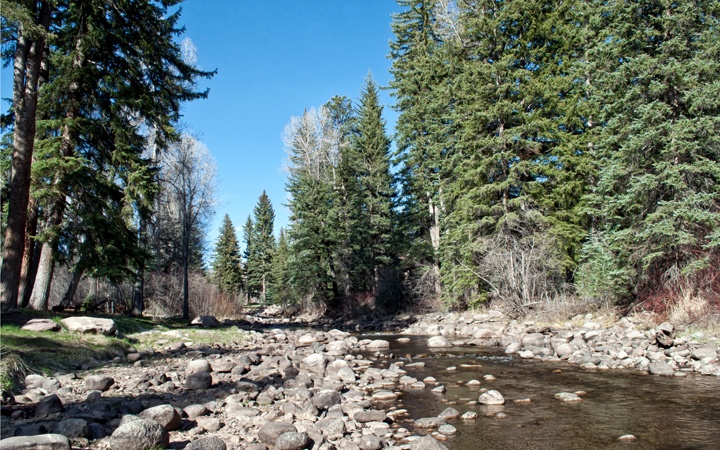 When you’re doing a road trip, each different destination and hotel can merge into each other as you’re constantly moving from place to place. So when I was planning my southwest USA route I wanted to make sure we had a few longer stays where we could stay put and unwind for a while. And where better to relax than in a log cabin in middle of a pine forest. Run by husband and wife team Mike and Maria, O Bar O Cabins brings a touch of luxury into a beautiful rustic location outside Durango in Colorado. You’re surrounded by nature here, with a river full of trout and a forest full of deer and elk, but inside you feel like you’ve stepped into a boutique hotel. Even after just a couple of days we felt properly relaxed and ready to get back on the road again.

O Bar O Cabins are located about 11 miles outside the town of Durango in Southern Colorado. They’re set along the edge of a river in among the pine trees in an incredibly peaceful location. In the summer the area is great for mountain biking and hiking, and Mesa Verde National Park is only about 40 minutes away. In winter there’s a ski area nearby and you can go snowshoeing, sledding and snowmobiling. There’s also a famous steam railway which runs between Durango and the old mining town of Silverton. It was originally built to carry gold and silver ore from the mines but now carries tourists on the scenic route through gorges and along the river (full-day trips from $85 return per person). 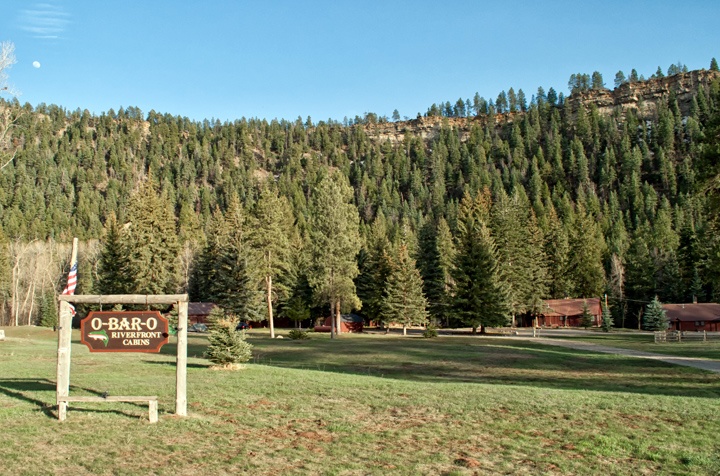 The cabins in the woods outside Durango

There are nine different cabins, which sleep from two to six people. We stayed in the Birdsnest cabin, which is the smallest but still beautifully designed. There are lots of cool decorative touches, like cow-print curtains and antler light fittings, and high-quality, incredibly soft Egyptian cotton towels and bed linen. Each cabin is self-contained and ours was an L-shaped studio with a separate bathroom. There was a full kitchen along one wall, a dining area and a lounge with comfy leather chairs and a fireplace, iPod docking station, flat-screen TV and DVD player. Our bathroom had a huge shower stocked with their own spa-style toiletries. Outside each cabin has a patio or deck area with a table and chairs, grill and fire pit. 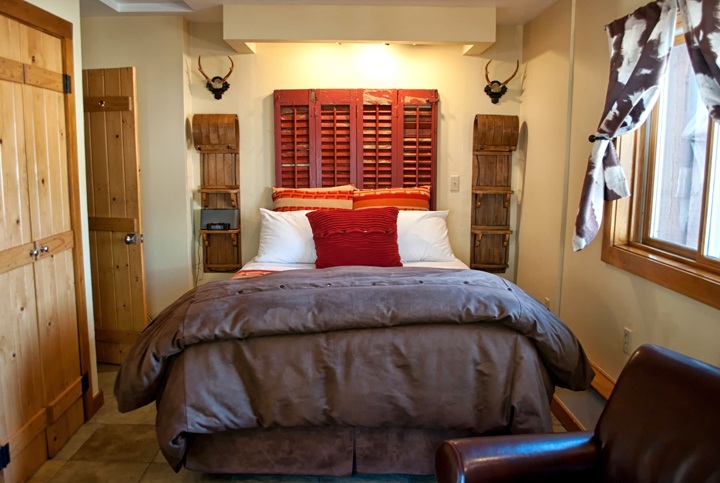 The bedroom in the Birdsnest Cabin

As it’s a self-catering place the food is up to you, though you are provided with a welcome basket of bottled water, coffee, biscuits and sweets. You’ll want to stock up on everything else before you arrive though, and there are big City Market and Albertsons supermarkets in Durango as well as a few good wine shops. If you don’t want to shop then the cabins offer a ‘Fill the Fridge’ package where you can order food packages in advance. The cabin had the best-equipped kitchen I’ve ever seen in a rental place, with a hob, oven, microwave and plenty of pans, utensils and cooking dishes. It even had a kettle, a rarity in the non-tea-drinking US! There is also a big gas grill outside each cabin so you can do your own barbeque. 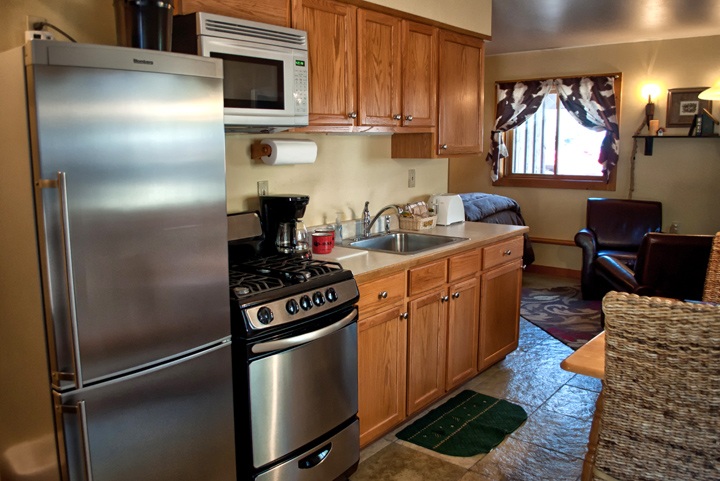 The kitchen and lounge area in the Birdnest Cabin

The cabins are set among seven acres of woodland along the banks of the Florida River. There’s great trout fishing on the doorstep and owner Mike can give you fly fishing tips and lessons if you’re interested. Nearby there are also walks and horse riding, with several lakes and the San Juan National Forest to explore. I have to admit though that the only thing we managed to get around to doing was using the riverside hot tub. The setting is so relaxing that after a couple of weeks on the road we just wanted to kick back and spend the day reading outside with a glass of wine, joined by the owners’ super-affectionate cat Peanut. The office has a library of DVDs and books you can borrow and they offer massages by the creek. 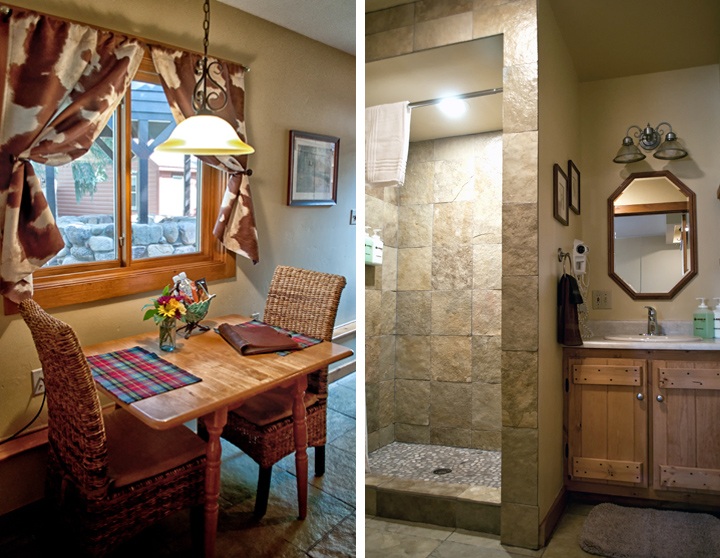 The kitchen area and bathroom in the Birdnest Cabin 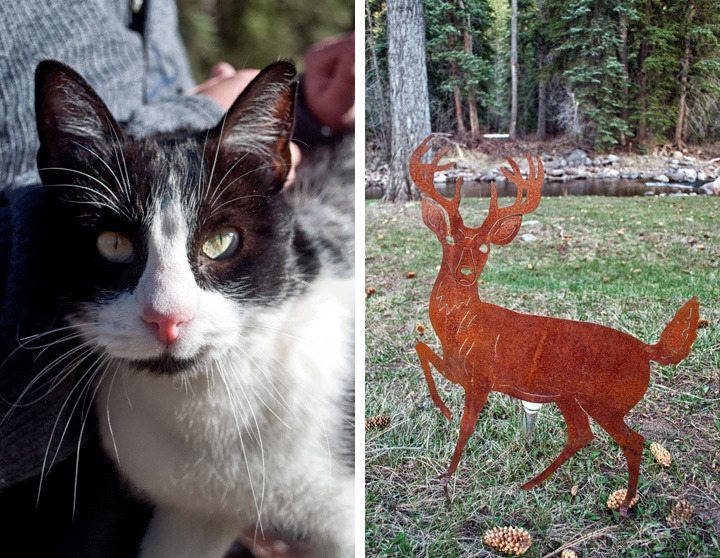 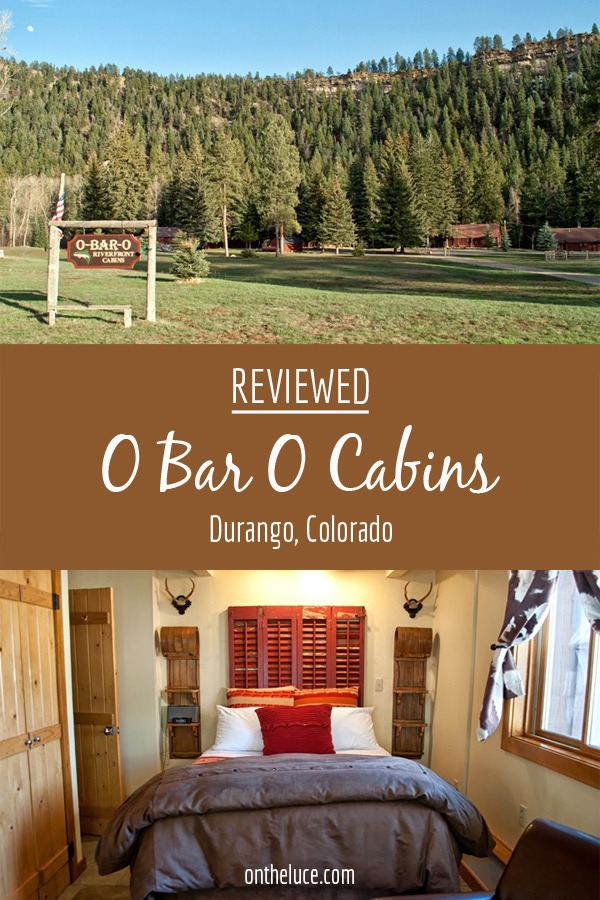