Swimming with stingrays in the Cayman Islands 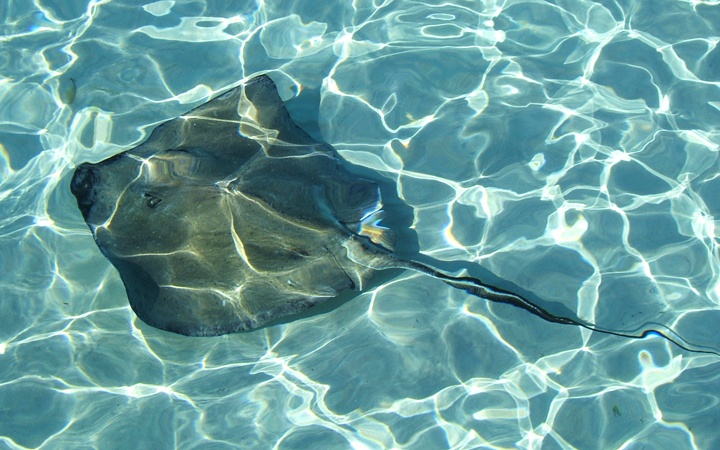 The turquoise waters off the coast of the Cayman Islands are so clear you can see the sand on the sea bed below. But that’s not all you might see beneath you. As our boat pulled up onto a shallow sandbank, dark shapes started appearing below us in the water, gliding along the sea bed and circling around us. Our boat trip had promised we would be able to see stingrays out here and they weren’t wrong – you could see over 30 of them before we’d even stopped the boat. Swimming with stingrays is one of the biggest tourist attractions in the Cayman Islands and ‘Stingray City’ is the place to do it. I’m not exactly a natural underwater, but couldn’t miss this opportunity to get up close to these graceful creatures. 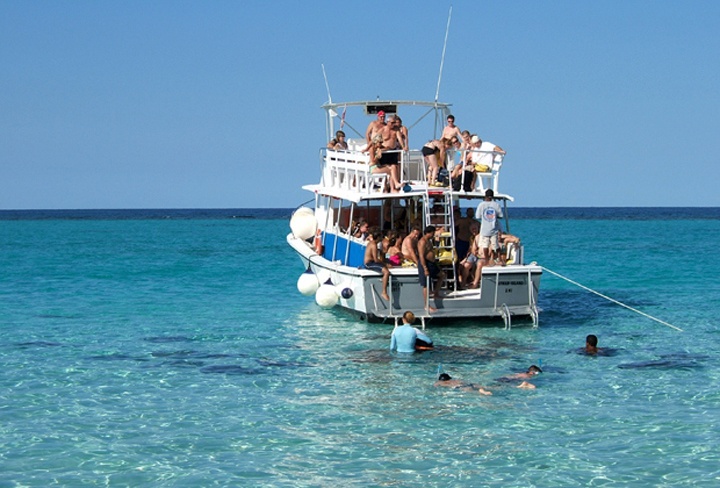 Another boat arrives at Stingray City

Stingray City is an area of shallow sandbars about half an hour’s boat ride off the coast of Grand Cayman – just enough time for a rum punch to steady my nerves. The story goes that fishermen started stopping off in the calm waters here to clean their catch on their way back home, throwing their leftover bits of fish overboard. The stingrays soon realised this was the place to come for an easy feast and started turning up whenever they heard the noise of a boat engine. And after the fishermen came the tourist boats who now bring boatloads of divers and snorkellers out here to swim with and feed the stingrays. 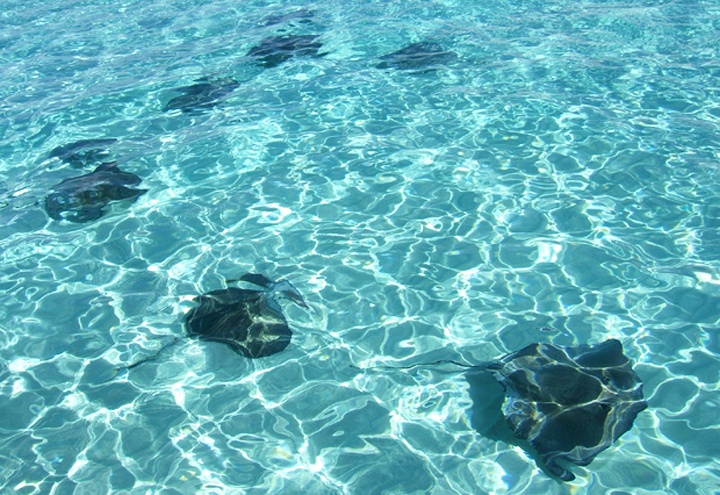 Now everyone knows what happened to Steve Irwin, killed when a stingray barb pierced his chest, but how dangerous are stingrays? Well not very apparently. The accident was a one-in-a-million chance and generally they are gentle and placid. Which is just what you want to hear before you get surrounded by them. We were given snorkelling gear and swam out into the chest-high clear waters, and I was immediately face-to-face with my first stingray. When you’re underwater you can see how graceful they are, with their wing-like fins pulsing and propelling them through the water. I was also surprised by how big they were, some can be a couple of metres wide. As one swam by I reached out my hand to touch it. The grey skin on top was rough like sandpaper, but the white underbelly was as smooth as velvet. 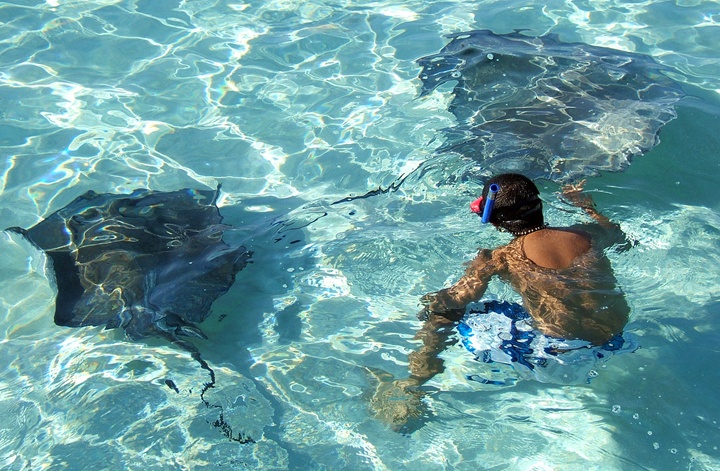 Swimming with the stingrays

The stingrays here are definitely not shy. They’re so used to being around people and fed by them that they’ll happily rub up against you, float around you and even over you – sliding up your back as you bend over snorkelling so it looks like you’re wearing a stingray cape. They’re sniffing you out so see if they can find any trace of their favourite food – squid. Our guide handed out pieces of squid to feed them with and I was suddenly surrounded. Their mouths are underneath in the middle of their underbelly and if you hold out the squid they’ll glide over you and suck it right out of your hand. It feels a bit like a vacuum cleaner on your skin, though watch out where they’re sucking as you can end up with a stingray love bite! And the love goes both ways – the grace and beauty of these stingrays is something you will never forget.

There are lots of boat companies in Grand Cayman offering trips to Stingray City. Prices start around $45 for a three-hour trip, and vary depending on the size of boat. You’re best to avoid times when there are a lot of cruise ships in port though as Stingray City can get totally overwhelmed by tour groups. 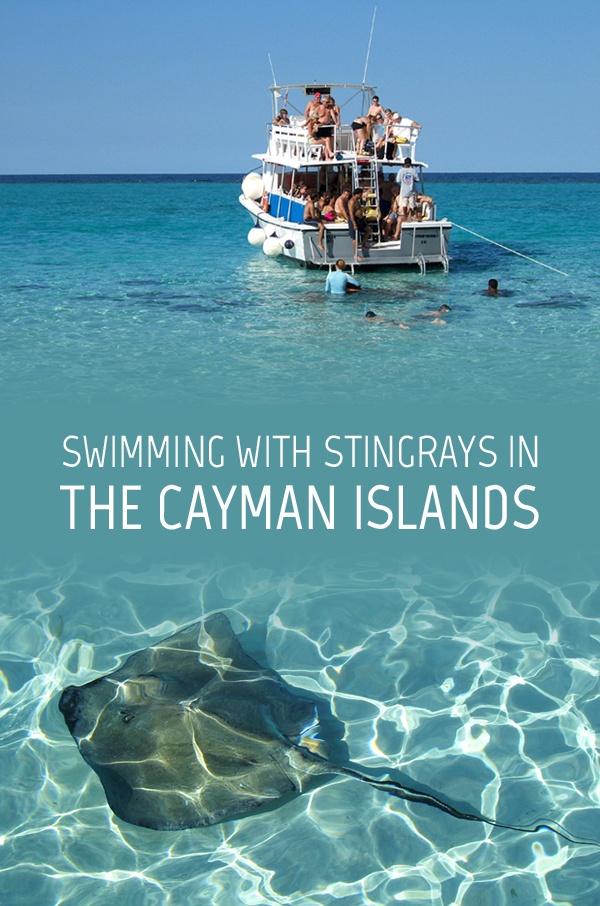