The changing face of Salford Quays 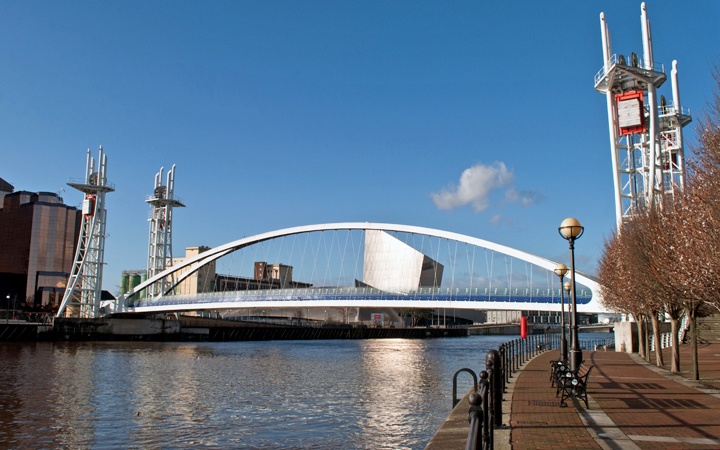 You can visit some places over and over again without ever actually ‘seeing’ them, and Manchester is one of those for me. Both my brother and best friend live up there, and I’ve been up to see them plenty of times. But trips to Manchester normally involve a lot of catching up and a few glasses of wine, but a distinct lack of sightseeing. So on my latest trip  I thought I’d actually try and explore Manchester itself, starting in one of the places I’ve been to the most – Salford Quays. My brother has lived in and around Salford Quays for the last ten years, so on each visit I’ve got a snapshot of how it’s changed. 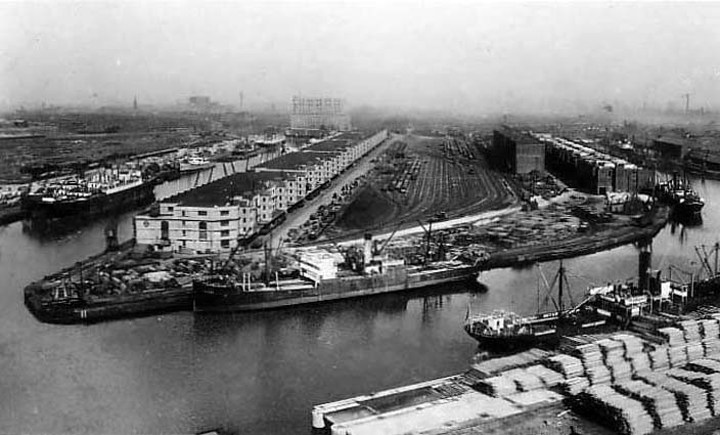 Salford Quays started off as part of the Manchester Docks, one of the biggest ports in the UK, sending and receiving cargo from across the world. But by the mid-1980s, shipping had moved on and the docks were abandoned and becoming derelict. The local council took over the land as one of the UK’s first big urban regeneration projects, turning an industrial wasteland into apartments and offices. 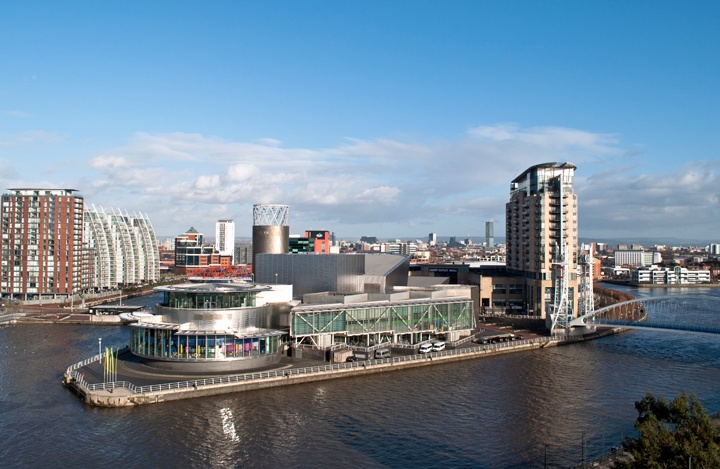 When my brother first moved there, the area was on the up. The property boom meant it was a hub of construction, with a new block of flats springing up each time I visited. The waterfront was tidied up, the new Lowry arts centre and shopping mall were opened, and it seemed the area was thriving. But fast forward a few years and everything had ground to a halt. The recession meant money dried up and development stopped, leaving construction sites abandoned and flats and office blocks left unsold. 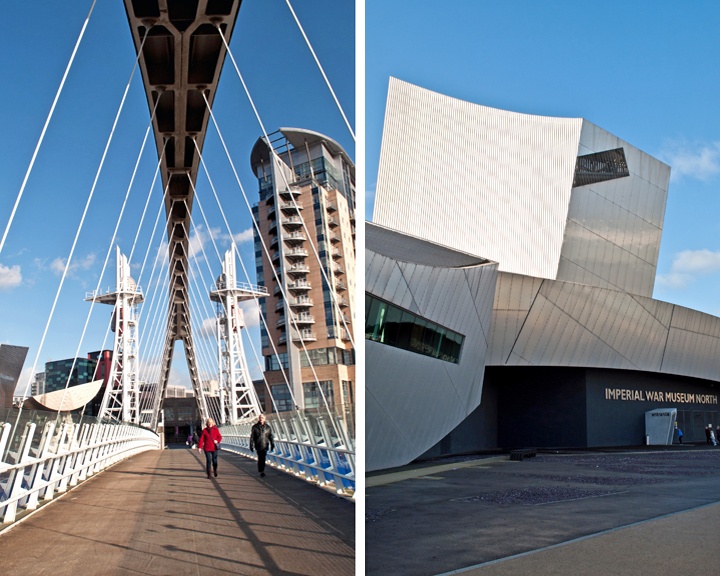 Bridge across the Quays and the Imperial War Museum North

It’d been a few years since then, and even more since I’d actually been to look around the Quays. And there have been some big changes due to the new MediaCityUK development. Over 200 acres of land around Salford Quays are being developed into a huge media village. Construction started in 2007 and the first tenants moved in last year. The BBC is the biggest and has already moved its sports and children’s programmes in, plus there are studios being built for their ITV rivals Granada and a satellite channel. 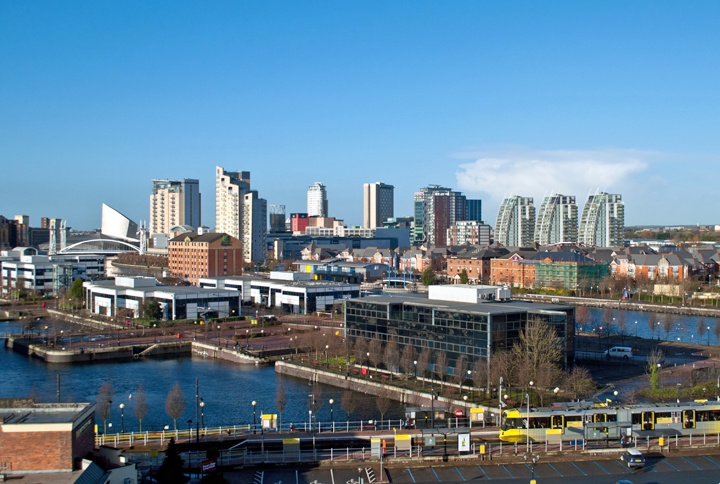 The view across Salford Quays from my hotel room

Walking around the Quays today you can definitely feel more of a buzz. Even at the weekend when a lot of the offices are empty, there were people around – heading for the museum or theatre, shoppers and even some brave rowers at the watersports centre despite the freezing temperatures. It’s not just locals too – as you walk around you hear snatches of different languages and Salford Quays in starting to appear in the guidebooks, pulling in visitors to the Lowry Centre and the Imperial War Museum North. 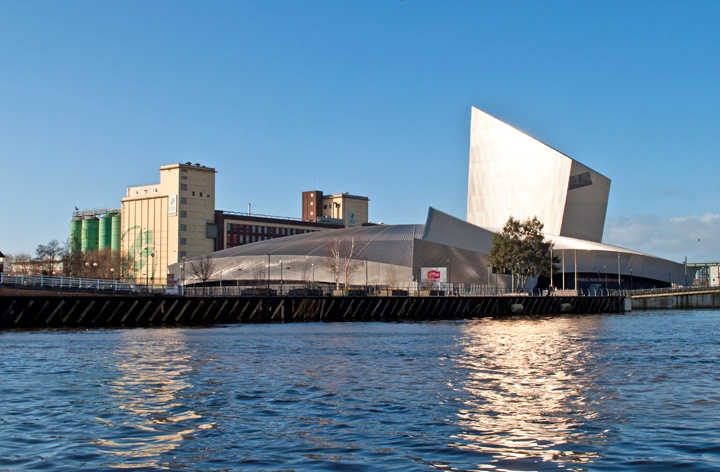 The military history of Salford Quays was part of the reason the site was chosen for the museum. Factories here produced Lancaster Bombers and other RAF aircraft in WWII, and the area suffered for it with heavy bombing. The building was designed by architect Daniel Libeskind and is supposed to look like three shards representing a globe shattered by war. Or so they say… Inside there are exhibits from conflicts back from WWI to the present day, with huge projected shows that take over the whole space. 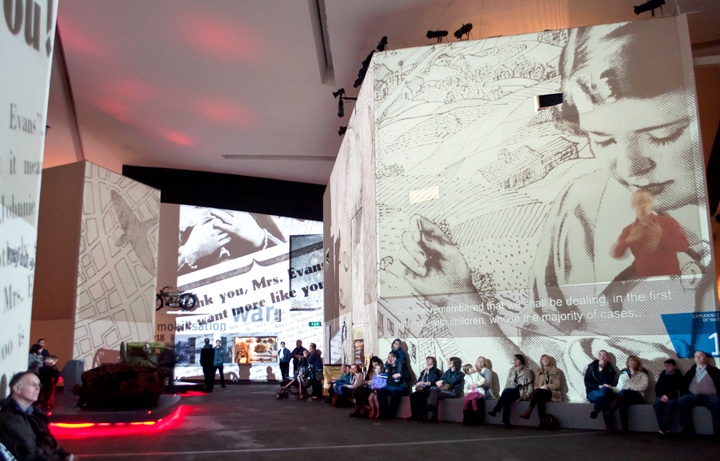 The tallest of the shards is the Air Shard, where there’s a viewing gallery. It’s probably not a good place to go if you’re scared of heights, with a clunky lift and mesh floor that means you can see all 100 metres down to the ground below you. But the views are worth it. You can see all over the Quays and beyond across Manchester, and even get a sneak peek at the new Coronation Street next door. But that’s today’s view, with the pace of change here at the moment it’ll all be different by tomorrow. 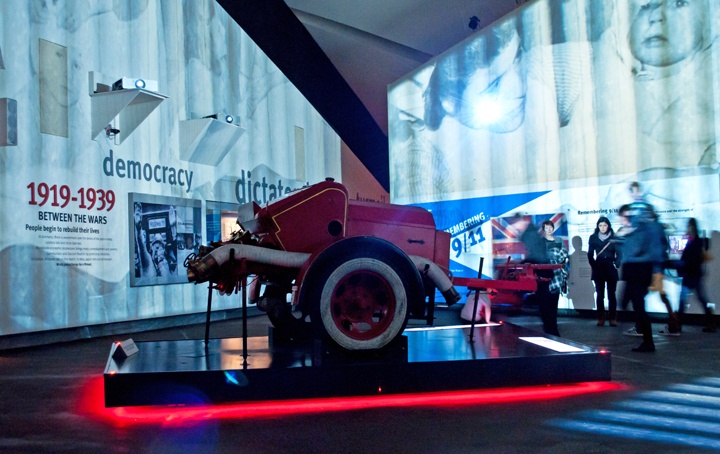 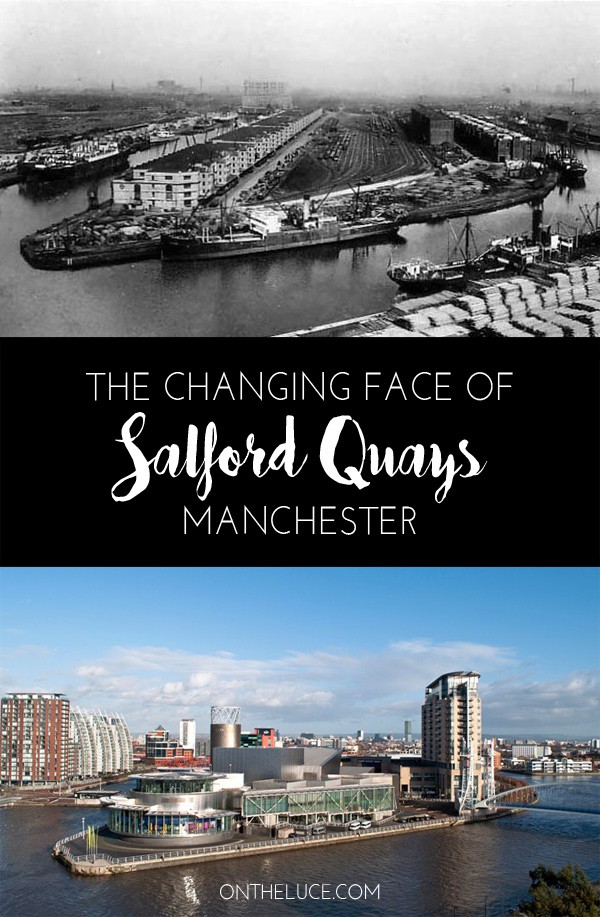