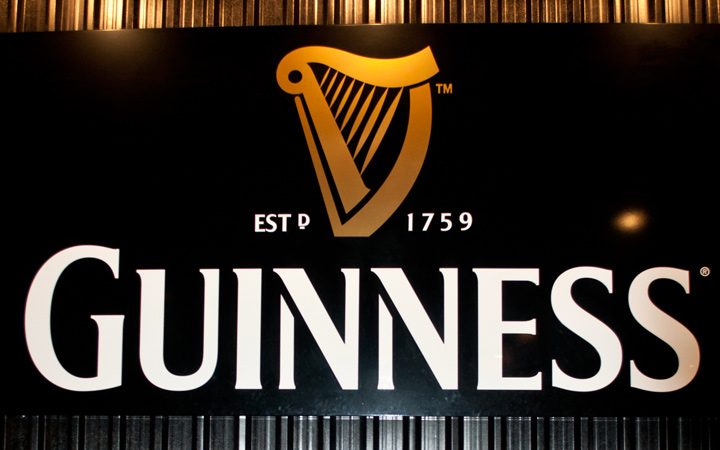 I’ve been to Dublin three times now – and when I get there, a pint of Irish Guinness is always top of my list of things to do. I know it’s a bit of a cliché, but it does seem to taste better in its homeland. And where better to taste it than the place where it’s made – Dublin’s St James’ Gate Brewery. The Guinness Storehouse visitor centre is part of the huge St James’ Gate site, where almost 15 million pints of Guinness are still brewed every year. The site covers over 64 acres and was the largest brewing site in the world when it was built. And for a pretty bargain price too – the lease originally signed by Arthur Guinness lasts for 9000 years at an annual rent of only £45. From 1904 to 1988 the building that now houses the Storehouse was a fermentation plant, but since then it’s been converted into a seven-storey visitor centre. 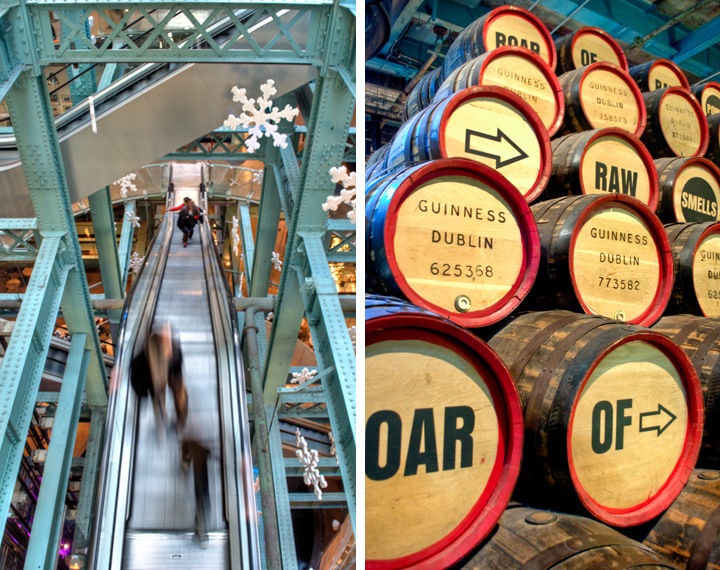 Architecture and exhibits in the Storehouse

To get there you walk through the old cobbled streets of St James’ Gate, where you can still see the rail tracks used to transport the vats. The Storehouse building has been remodelled into the shape of a pint of Guinness – though on a major scale as it would hold 14.3 million pints if you filled it up. The building combines old and new, with the steel-framed structure restored to its original turquoise colour and escalators criss-crossing the atrium. Since it opened at the end of 2000 it has become Ireland’s biggest tourist attraction, with over a million visitors each year – including me for the third time last December. 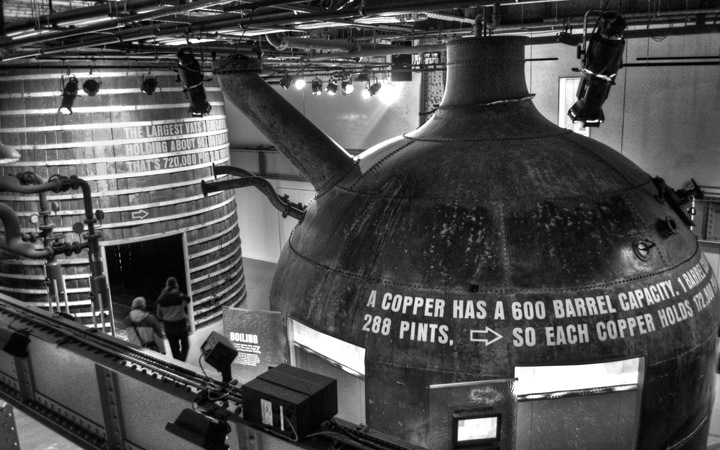 Learning about how Guinness is made

The seven floors take you through the history of Guinness, from its beginnings when Arthur Guinness started brewing porter – a dark beer that originated in London in the 18th century when it was popular with market porters – right up to it becoming a huge international brand. The tour is mostly self-guided, though groups of 10 or more can take a private tour with a guide. Visiting the Storehouse doesn’t take you through the areas where Guinness is made today (mainly due to the risk of contamination), but the first floor takes you through the ingredients used – hops, barley, yeast and water – and how the brewing process works. Further on you can learn about how Guinness is stored and transported, as well as seeing some of the classic Guinness adverts – from the Toucan to the surfing horses. 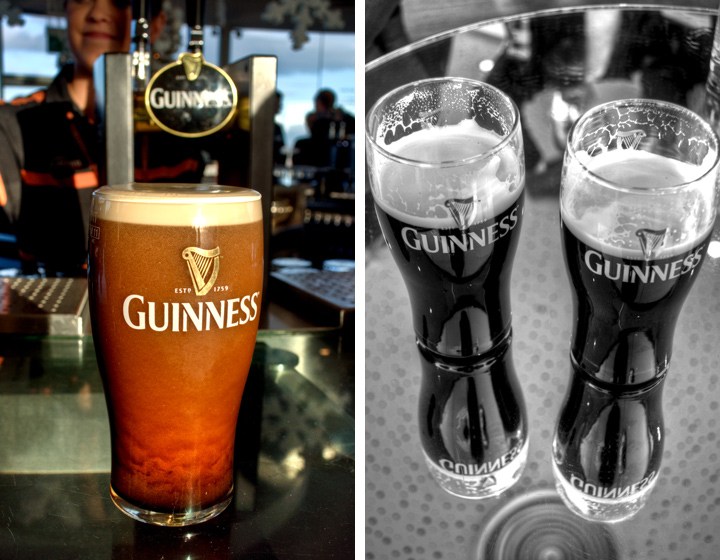 We finally get to the tasting bit…

After absorbing all that information, by the time you get to the top floors you’re more than ready to start  absorbing some of the Guinness itself. On the fourth floor is the opportunity to try your hand at pouring a pint of Guinness. Apparently it takes 119.5 seconds to pour the perfect pint, and if you manage to get the timing just right you’ll be rewarded with a certificate. But we decided to hold out for our drink until we reached the peak of the tour – and the building – at the spectacular Gravity Bar. On the seventh floor of the Storehouse, this circular glass bar is the highest point in Dublin with a 360 degree panoramic view across the city. With the sun shining through the James Joyce quotes engraved on the glass walls, it was the perfect place to relax with a pint. And with 10 million pints of Guinness drunk every day worldwide you won’t be the only one enjoying one, but I still think the ‘black gold’ never tastes better than it does there. 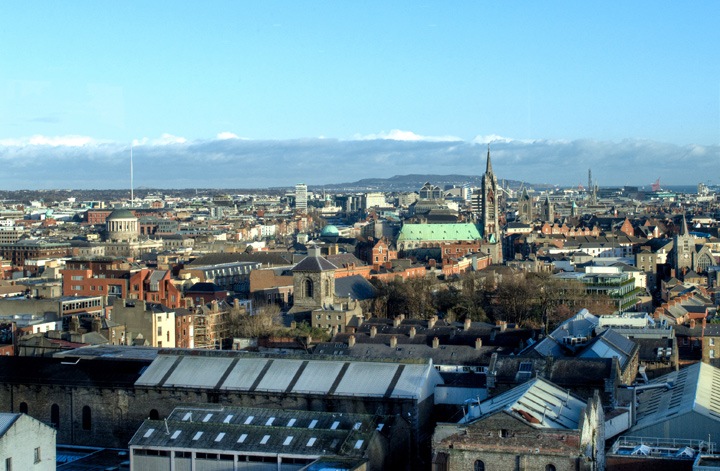 The view across Dublin from the Gravity Bar 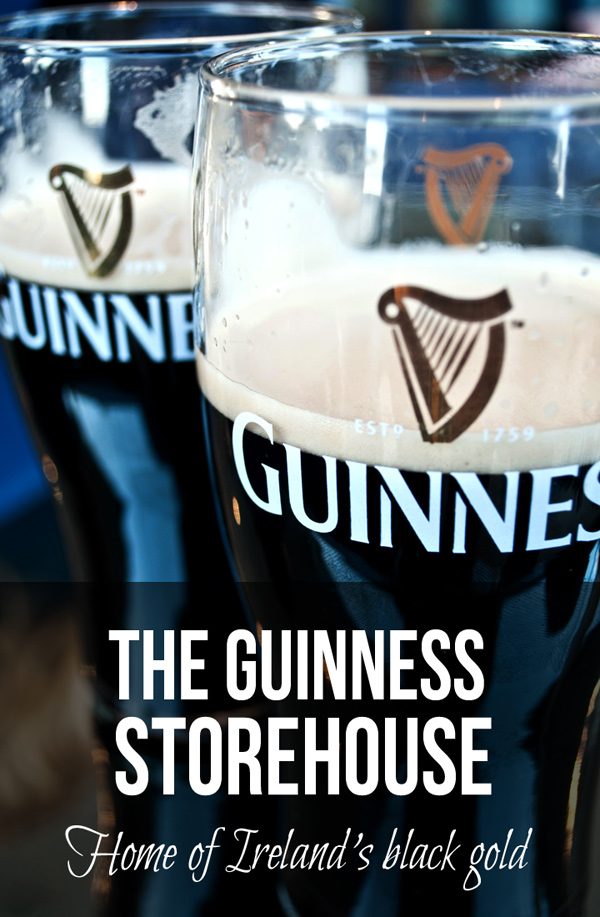