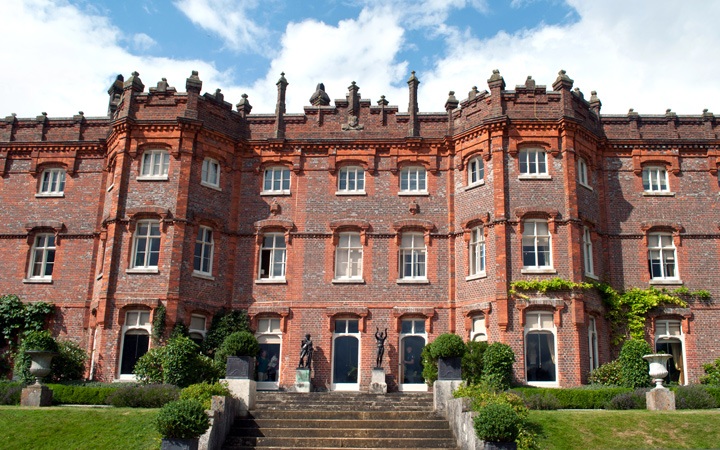 Hughenden Manor, out in the countryside not far from High Wycombe in south-east England, is a historic house with a hidden past. This 18th-century manor house is best known as the former home of the Victorian Prime Minister, Benjamin Disraeli. He bought it in 1848 after he was told that to be leader of the Conservative Party he had to have his own property. So he borrowed £25,000 (which would be equivalent to a huge £1.5 million today) from two Tory lords and bought Hughenden. He spent even more getting it remodelled in Gothic style and adding formal gardens, then lived here until his death in 1881. It’s still decorated as it was when Disraeli lived here, and you can see his furniture and his study still as he left it. There are also 1500 acres of park and woodland surrounding the house which you can explore. 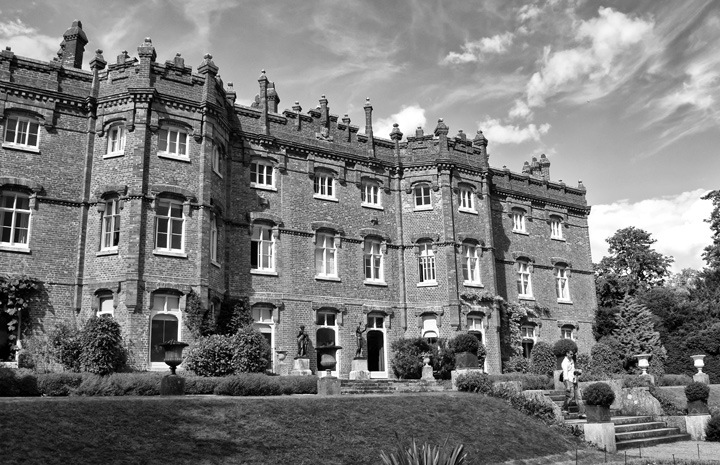 But there’s a lot more to Hughenden than the Disraeli connection – it also has a whole other fascinating secret identity. After Disraeli’s death it was passed on to his nephew and then sold off and eventually donated to the National Trust in 1947. The trust knew when they took it over that its last occupants had been the Air Ministry in the Second World War. But what it had been used for stayed a mystery until 60 years later when researchers who were starting to prepare for celebrations to mark the anniversary of VE Day found out that Hughenden had been a secret intelligence base code-named ‘Hillside’. 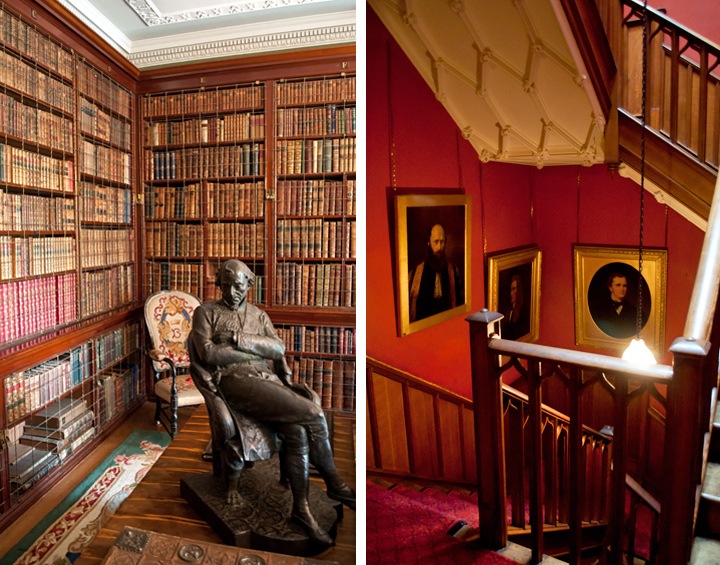 There were no current maps of Germany at the start of the war – the county had stopped making them in 1930 – making planning military operations incredibly difficult. So planes were sent to fly over Germany to take aerial photographs which were made into maps at Hillside. Over 100 cartographers, surveyors and designers were recruited from across the country and brought to Hughenden. It had been chosen because it was close to Bomber Command but hidden away in the woodland. All the staff were sworn to secrecy and there were no military guards or signs, so nobody knew what was going on there. Hillside was one of the Nazi’s top targets for a while but escaped unharmed as they never managed to locate it. 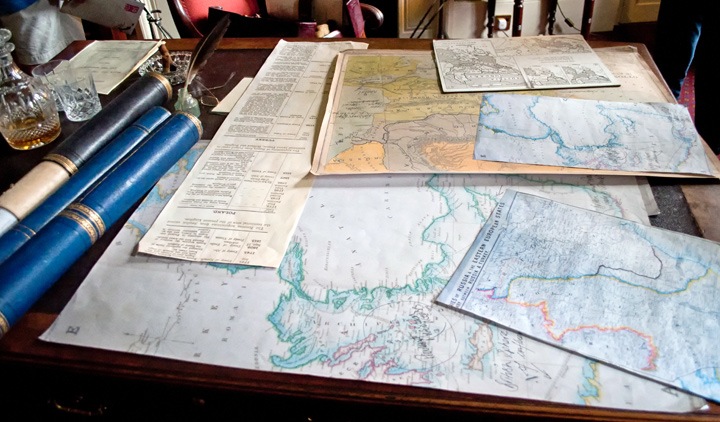 The Hillside mapmakers produced thousands of maps, which were used in operations like the Dambusters raids, the D-Day landings and the bombing of Gestapo prison outside Amiens, where pilots blew the walls out so that the prisoners could escape. They also played a part in Operation Foxley – a plan to assassinate Hitler by attacking Eagle’s Nest, his secret bunker at Berchtesgaden. The bunker was hit, but Hitler had already fled to Berlin. Five days later he killed himself and it was the beginning of the end of the war. Hillside went back to being just Hughenden Manor and its role in the war was buried. 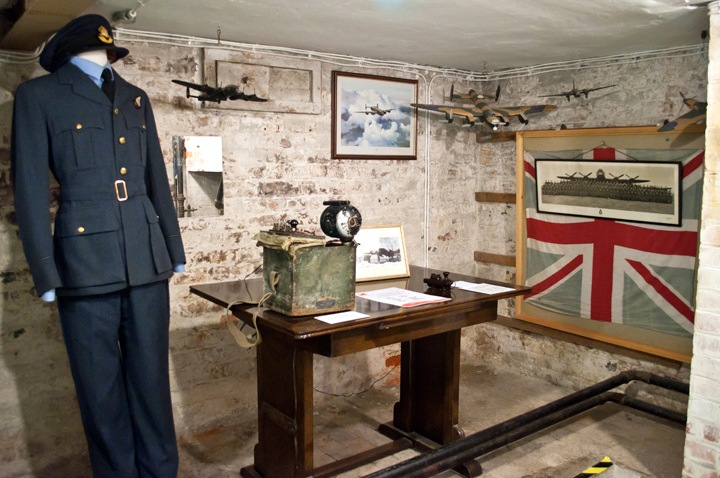 Second World War memorabilia in the cellars at Hughenden

There’s now an exhibition in the cellars of Hughenden that tells you about the life and work of the Hillside mapmakers, as well as showing some of the incredibly detailed maps that they produced. Being as they only found out about its history ten years ago, the exhibits are constantly being added to and updated. Former mapmakers have finally told their stories of working in Hughenden – up until then they’d all been faithful to the Official Secrets Act they signed so many years ago and only came out into the open when the Ministry of Defence agreed to share the secret life of Hughenden Manor. 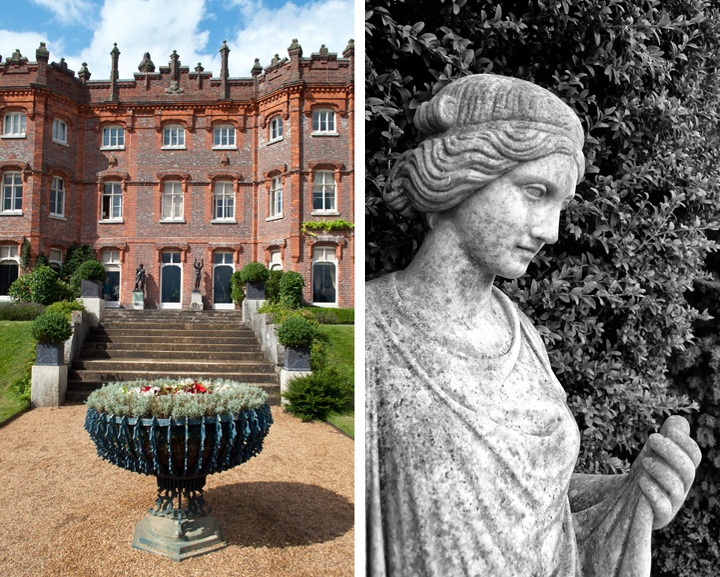 The gardens at Hughenden

Hughenden Manor is just outside the town of High Wycombe in Buckinghamshire, around 30 miles from London. Entry costs £10.45 for adults and £5.25 for children for the whole property, £4.25/£2.65 for just the gardens, or entry is free for National Trust members. 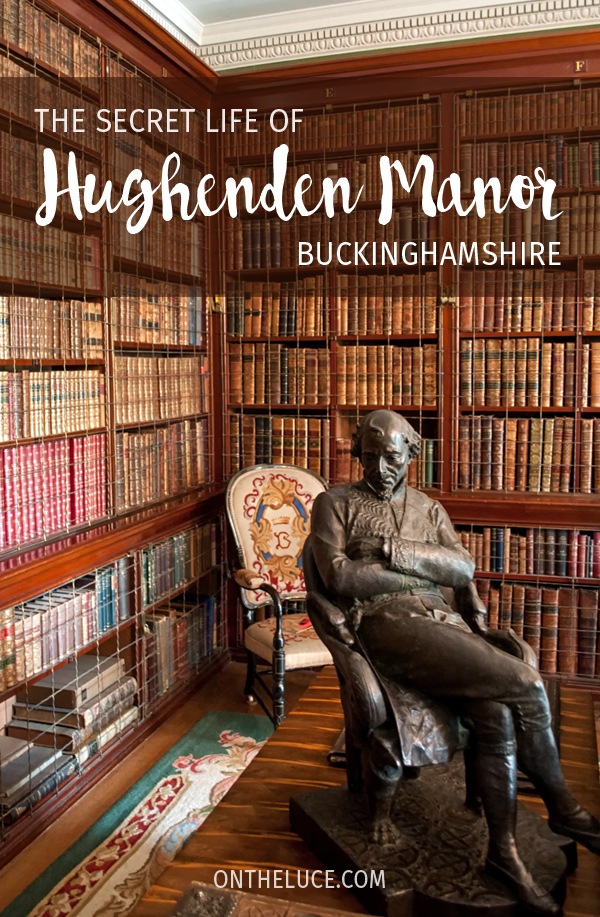 Hi Lucy Enjoyed your blog - I have just come across pictures of the map makers working at Hughenden at the time!

How interesting! It's a fascinating place to visit, I really enjoyed it.

Have a fantastic day!

Amazing story and the building is absolutely stunning. There's so much beauty and history there, definitely a place worth visiting.

I thought it was such a fascinating story – and amazing that it was kept quiet for such a long time.

Love this history lesson - exactly the sort of place I want to see more of in the UK.

It was such a random find as my sister works nearby and suggested it but I just loved the story behind it.

What a fascinating history - I'd really like to visit having read all about it. The gardens look lovely too...

The gardens were lovely – though we did have to dodge the showers a bit (the traditional English summer weather!) so didn't get to spend that much time out in them.