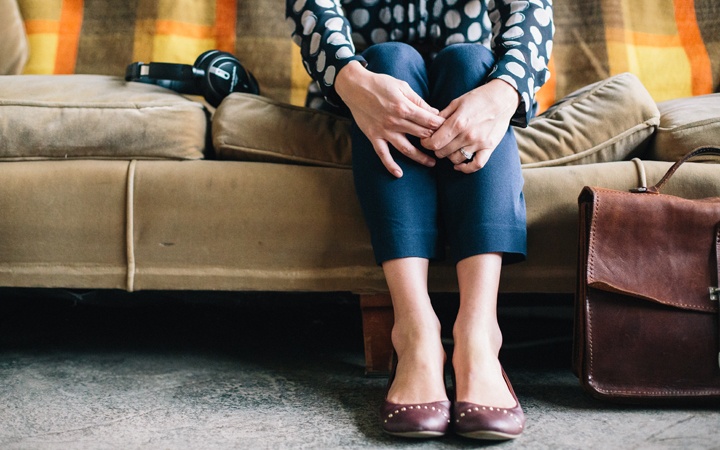 A while back I came clean about my travel confessions, but there was one I missed off the list, and that’s my fear of flying. Despite taking hundreds of flights over the years I still can’t get through the plane doors without an attack of sweaty-palmed nervousness. But it’s not just flying, other phobias in my collection include motion sickness, boats, spiders and confined spaces. And a couple of weeks ago in Canada I had to do something which combined several of them in one horror-filled package – a seaplane flight.

I spent days worrying but in the end the pilot was entirely capable, the sky was calm and the views were amazing. One of our group asked me afterwards if it was all worth it – why did I travel if it made me so anxious? But the thing is it’s always worth it in the end. Travel has added so much to my life that fear is never going to stop me doing it. The amazing memories I have are well worth any moments of pain along the way. 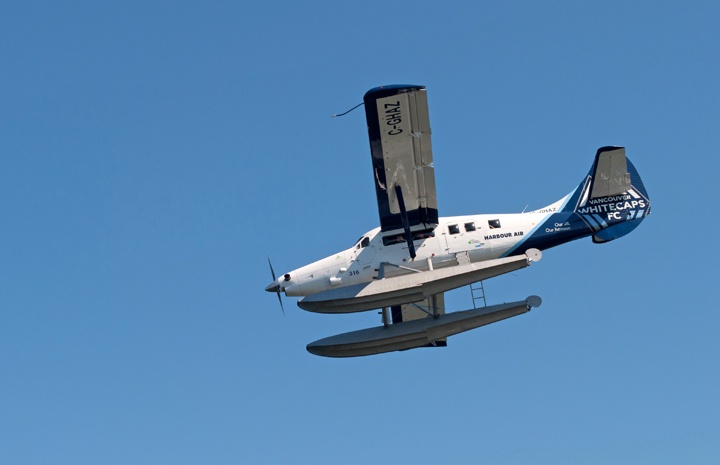 Seaplanes, not quite as scary as they look!

I never used to be such a scaredy cat – I’ve flown in helicopters, climbed a 50-metre high tree, kayaked and wild-camped along a river in Western Australia. But a few years back I got sick on a trip to Bali. Unlike your usual food poisoning this just didn’t go away, instead it slowly took over my body and got worse and worse over the years until I had days where I couldn’t leave the bathroom long enough to get out of the house.

Being that anxious becomes a bit of a habit, and although my health is much better these days, anxiety has been a hard habit to shake off. But I’m not the only one who gets anxious about travelling. When you look at some the most common phobias – flying, heights, confined spaces, spiders, snakes, dogs, injections, germs – they’re all things you’ll end up encountering if you love to travel. Anxiety might be an inevitable part of my travelling life for now, but I’ve found a few ways to make it more bearable.

Kayaking down the Ord River in north-western Australia

So much of anxiety is anticipation – worry that the plane might crash, worry that you’ll get bitten by a poisonous snake, worry that you’ll fall and hurt yourself. But being prepared for the possibility of the worst-case scenario usually makes it a little bit less scary. I’m scared of getting motion sick when I travel, so I’ve packed a little pouch with pills, acupressure wristbands and ginger sweets which I always carry on me.

It’s a really easy thing to do and I rarely have to use it, but it makes me feel much better to have it there just in case I ever need it. There are similar preparations you can make for other phobias too. Read up on how a plane works so you don’t get freaked out when it makes a strange noise. Look up what poisonous snakes look like so you know which to watch out for. Though steer well clear of Googling medical conditions if you’ve got a health phobia, as it’s a sure-fire way to convince yourself you’ve got days left to live! 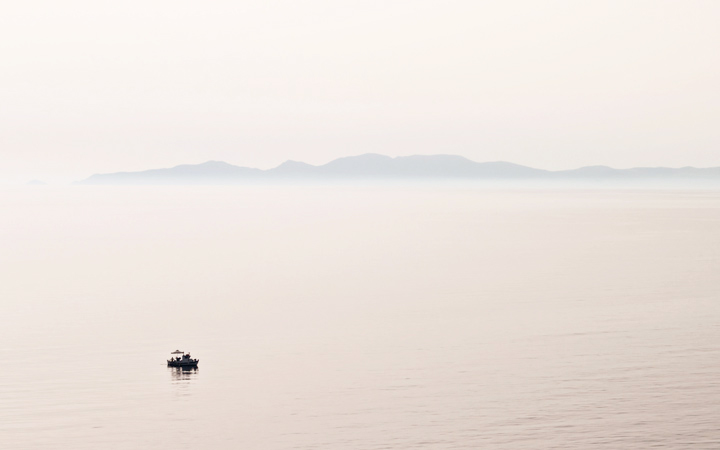 Getting over my fear of boats on a Mediterranean cruise

There’s nothing in the world guaranteed to make you obsess over something than trying not to think about it. Ideally we’d all be able to slip into a peaceful meditative state at any time, but I can’t manage longer than 20 seconds before the thoughts come pushing their way back in. So that’s where distraction comes in – being absorbed by doing something else means there’s less space in your head for the anxiety.

My favourite distraction is a good book – preferably something easy to read with a gripping plot, this is not the time to tackle those literary classics. But yours might be listening to music, watching a film, doing a crossword, writing or sketching, or sometimes just a good conversation with someone. Anything which takes your mind into a state of ‘flow’ where you’re not conscious of your surroundings any more. Or at least as near as you can be – if it just takes your anxiety down a notch or two it still helps. 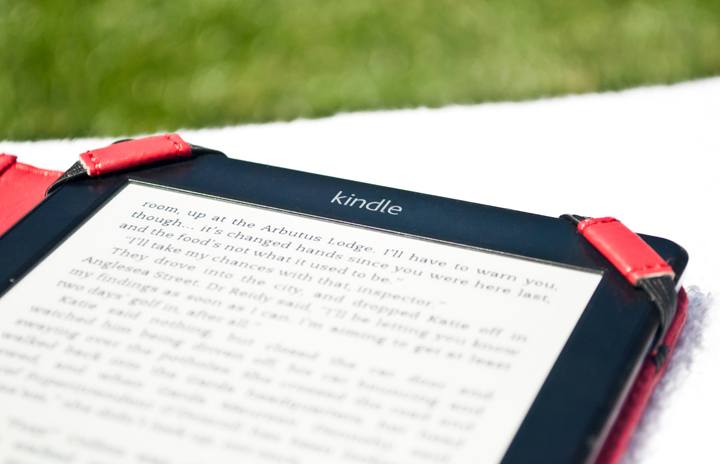 My Kindle – the best distraction ever

I won’t lie, there have been times on my travels when I’ve had a bit of a meltdown and decided that I’m never leaving home again. It never lasts though, and there’s always something new to remind me just how much I love travel. But it helps to go easy on yourself. Yes it’s good to push your limits and get outside of the dreaded comfort zone, but that doesn’t mean you have to do it all the time. Travel should be enjoyable too, so there’s nothing wrong with making things easy for yourself some of the time.

Yes I could trek up a mountain for sunset – and I’d probably even like it – but sometimes I’d just rather watch it on a beach with a glass of wine. If you’re only on a short trip it’s tempting to pack too much in and end up overwhelmed, so I always make sure there’s free time to see how I feel. Who cares if you feel ‘boring’ sometimes, so many people never travel at all and would be in awe of you for just being there. 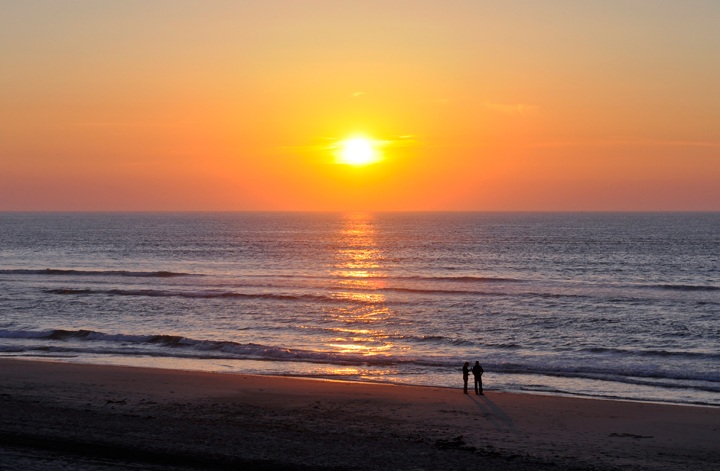 I never used to be scared of flying, until a terrible flight from Vietnam to Laos, complete with bone-shaking turbulence and terrifying drops through air pockets. After that I was a wreck – so much so that on a flight to Australia a few months later I looked so terrified that a neighbouring passenger asked if I wanted some of his Valium. Now I’m not advocating accepting prescription drugs from random strangers, but there’s no shame in seeing your doctor and getting prescribed some anti-anxiety medication if you need it.

Like I said before, often the fact that you have it on you helps without even having to take it. My medication of choice when it comes to flying is usually a strong gin and tonic. Although it’s not a good idea to get completely plastered as an anxiety avoidance technique, I do find it takes the edge of the fear. Some people find that alcohol can make their anxiety symptoms worse though, so know your own body. 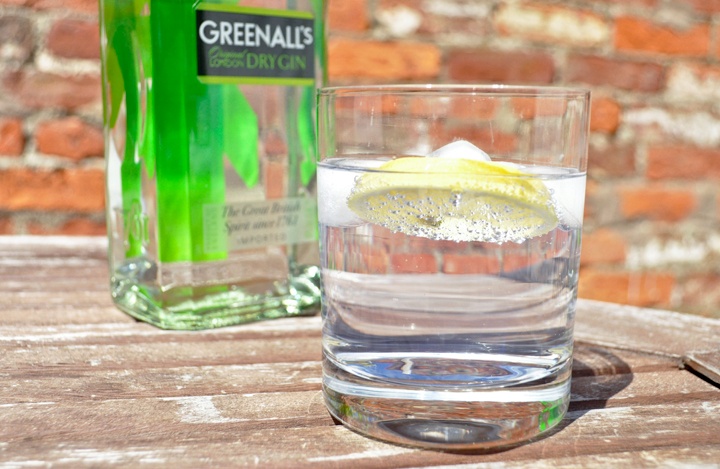 Gin and tonic on a summer’s day

It’s easy to beat yourself up about being anxious and fearful, and think you’re the only one who feels that way. But the truth is that everyone is scared of something. My sister is hugely adventurous – the marathon-running, mountain-climbing, sporty type – but if a pigeon flaps anywhere near her she’ll run off shrieking. I know people who have phobias of everything from velvet to moths to silver foil. So don’t just focus on the things that scare you, remember that there are plenty of things that don’t too.

I can’t stand spiders, so if I see one in my room I’ll be out of the door in seconds, but I’ll happily scoop up a cockroach if I need to. I’ve held a snake, zip-lined across a rainforest and sat on top of a mountain in a thunderstorm. None of those things bothered me at all, but for some people it would be their worst nightmare. Everyone is brave in their own way, so don’t forget yours.

Do you suffer anxiety when you travel, how do you get through it? 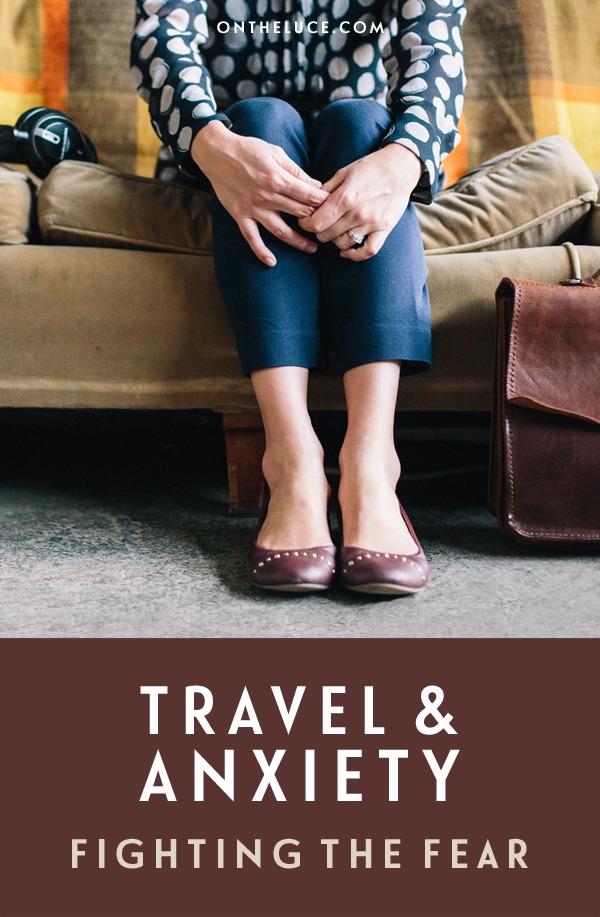 Hi Lucy, thanks for sharing this post. You give such great advice and I will definitely be implementing some of these techniques next time I fly. Like you said anxiety can be a hard thing to shake. I have suffered with anxiety on and off for years. It initially started after a major car accident, when I was left unable to walk for around 18 months. And like you say, it becomes a bit of a habit. I'm so glad you highlight this problem as it can really help others to feel more able to share their fears. I have recently started my blog up again to help others who suffer with anxiety. I really do believe travel has such healing power for the mind. If my blog can help just one person, I will be happy. Thanks again for sharing all your stories, I love reading them. Abigail x

Thanks Abigail, anxiety really is such a tough thing to leave behind – as much as I try to manage it I still have flare ups. Great to hear that your blog is helping you and hope it can help other people too x

I'm glad there's another travel blogger out there that's a bit flight nervous! I think your advice is spot on. I try to distract myself and it works wonders when taking off or coming into land- the worst bits for me by far! I'll try your other techniques on my next trip :)

It's been fascinating to see how many travel bloggers actually don't like to fly! It's never going to be my favourite thing (and I'll get the train whenever I can!) but I can at least manage it – though take off is the worst bit for me.

You have some great tips here! I suffer from Anxiety as well. Your tip about being prepared is the one I use most often. Being very organized, detail oriented and prepared for every situation before I travel makes me feel a whole lot better! It's like I did all the "worrying" ahead of time, and feel more at ease while traveling.

Thanks so much, yes organisation has been a big help for me too – if I feel prepared for as many eventualities as possibly then there's less to worry about which is always a good thing!

Hi Lucy, You have shown in your blog and travel about how a person can overcome their fear and enjoy travelling. Many a time this leads to new enjoyable experiences which are priceless. I found your writing to be truly inspiring and interesting to read. Thanks for all the tips.

Thanks so much, yes it is so worth it to get out there and see the world, even if there are moments when it feels like it's just too hard.

Flying is terrible. I've never enjoyed it. There is something about being in a small pressurized cabin that physically makes my body ache. Like most of you, I haven't let this stop me from flying. I find that earplugs help tremendously. It just helps to soften all the sounds of the plane and people. I also recommend first class. It's amazing what a difference a little extra space and real silverware/glass can make. Of course it's expensive but if it's an option for you... I hear that asking to upgrade at the airport checkin can be easier on your wallet and that sometimes, if you look nice, it can be free.

Earplugs are a good tip – or I know a few people who swear by those noise-cancelling headphones too. I think first-class would be a great distraction too!