Guns, greed and glamour: Las Vegas and the Mob Museum 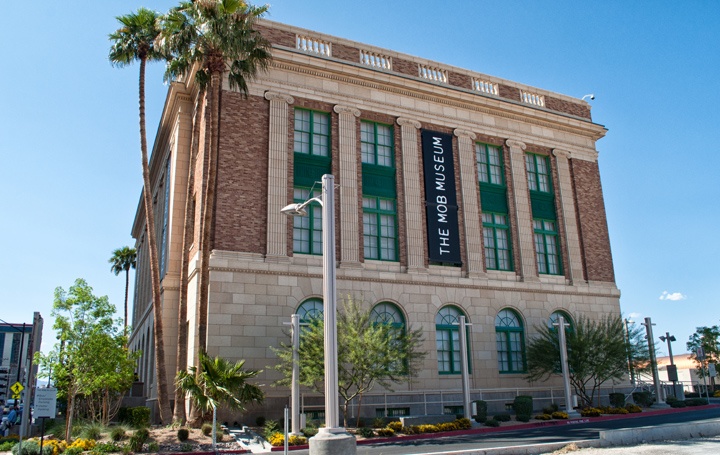 ‘I’m gonna make him an offer he can’t refuse’ – from classic films like The Godfather, Goodfellas and Casino, to the new TV series Boardwalk Empire, people are fascinated by the world of the Mafia. And nowhere in America is the history of the Mob so entwined with a city as it is in Las Vegas. Since the 1940s the Mafia helped turn Las Vegas from a tiny gambling town in the desert to a multi-million-dollar mega-resort. Meyer Lansky – known as the Mob’s Accountant – gets the credit for spotting the potential of Las Vegas. Though in typical Mafia style he didn’t take the risk himself. Instead he got Bugsy Siegel to build the first casino, the Flamingo, so if it didn’t work out then he wouldn’t be blamed. A good plan as it turns out as after costs spiralled and the Flamingo made a loss, Siegel’s Mob backers had him shot. But within a few years casinos had sprung up all along the Strip and visitors were gambling away $200 million a year. 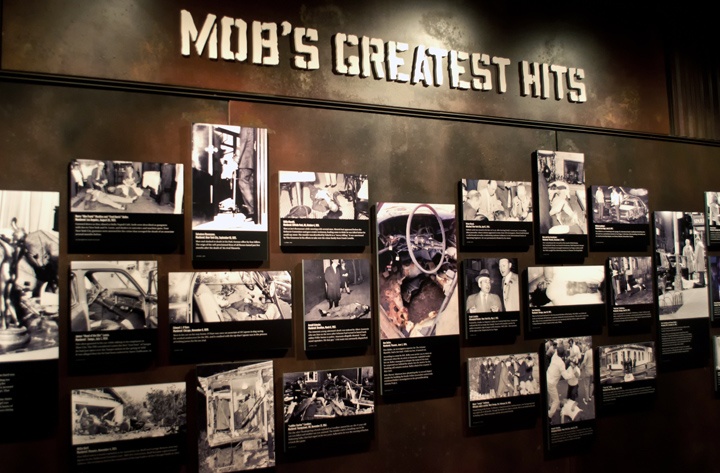 Some of the Mob’s goriest ‘hits’

A new museum just off Fremont Street in old Las Vegas tells the intertwining stories of the Mob and the city. The Mob Museum – aka the National Museum of Organized Crime and Law Enforcement – takes you from the Prohibition era and the growth of the Mafia, through Las Vegas’ early days, the turf wars and infighting of the Mob era, to the fight-back by law enforcement agencies. The tour begins on the building’s third floor and works its way down. There are a mix of exhibits, with photos, stories and artefacts telling the stories of the law enforcement figures as much as the Mobsters themselves. 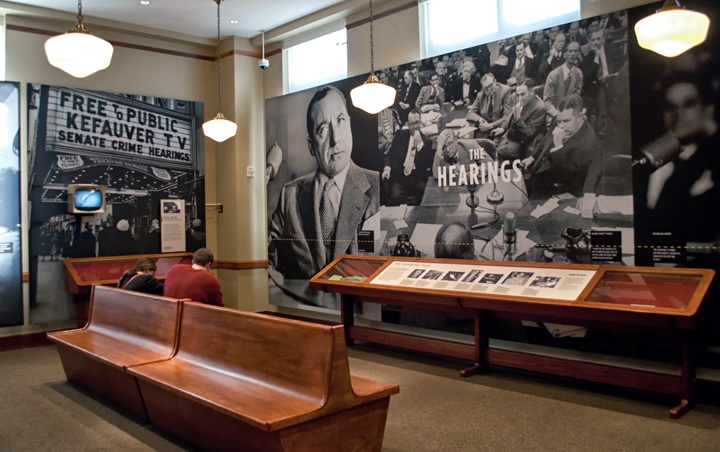 The museum opened on 14 February 2012. Romance and the Mafia aren’t normally associated with each other, but there’s a reason behind the choice of date. Back in 1929 the gang war between Al Capone and Bugs Moran came to a head on 14 February when Capone lined up seven of Moran’s men and shot them against a wall, known as the Saint Valentine’s Day Massacre. The museum bought up the wall from Chicago after the building had been demolished and moved it across the country to Las Vegas, where you can now see it in the museum, complete with the original bullet holes. 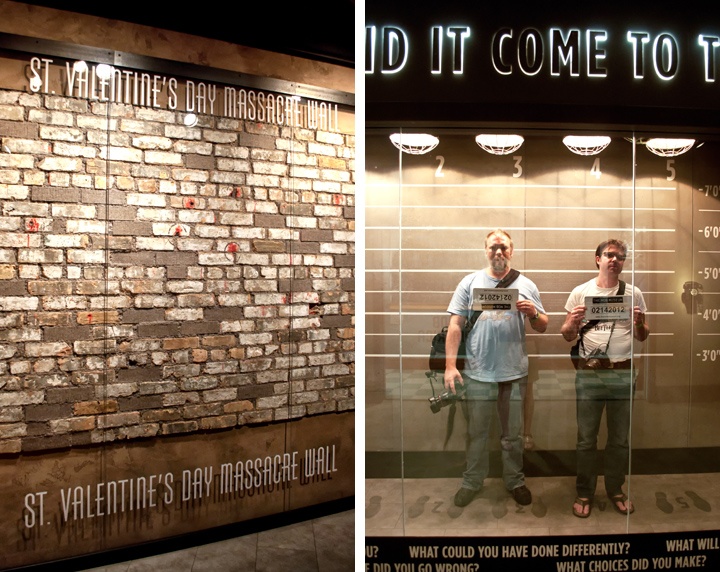 You can also see things like the barber’s chair that Cosa Nostra boss Albert Anastasia was sitting in when he was murdered and a scary array of weapons used for mob ‘hits’. There are also a few more interactive exhibits – you can test your reactions on an FBI weapons simulator, listen to original surveillance recordings from wiretaps, and try out a replica of the electric chair which was used to execute 614 people at New York State’s maximum security Sing Sing prison. 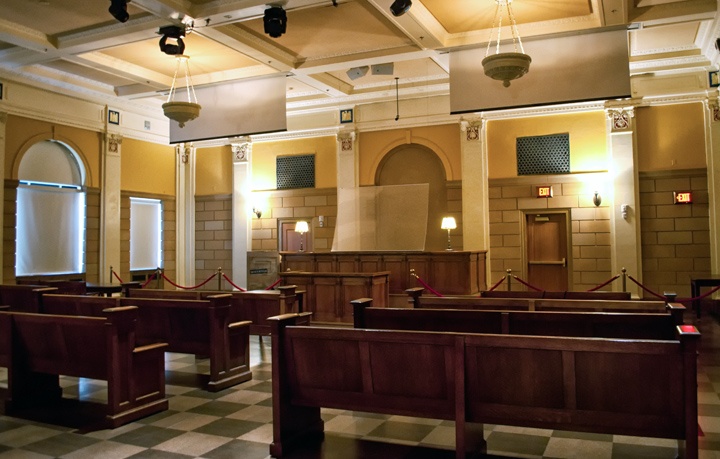 The courtroom that held the Las Vegas Kefauver hearings

As well as the exhibits inside, the museum has its own place in Mob history. In 1950, a Senate special committee was set up to expose organised crime in the US. The Kefauver Committee hearings – named after the senator who ran them – took over two years and called over 800 witnesses, not all of whom were that keen to speak. The Kefauver hearings took place all over the country, including in the Las Vegas federal courthouse that now houses the museum, and the room is set up as it would’ve been back then. The hearings were televised and became the soap opera of the day, with over thirty million people watching, fascinated by this world of guns, greed and glamour. 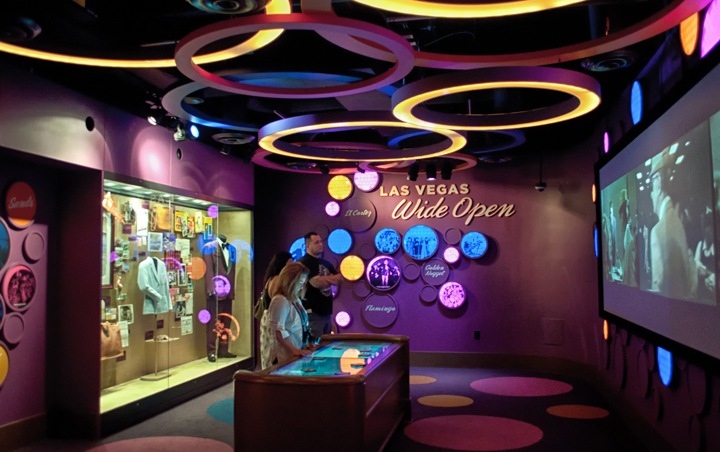 Post-Kefauver the authorities cracked down on the Mob’s illegal activities, the state started to regulate gambling more closely and aviation magnate Howard Hughes started buying up casinos on the Strip, which brought other legitimate investors into the city. The Mob was losing its hold on Las Vegas. By the 1980s the city was trading on a more wholesome, family-friendly atmosphere, with big corporations owning the casinos, and the old resorts were knocked down and replaced with huge new ones. But have the Mafia died out completely today? You might not see gangsters in pin-striped suits and Fedoras in Las Vegas today, but underneath the surface where there is crime there’s usually someone to organise it. 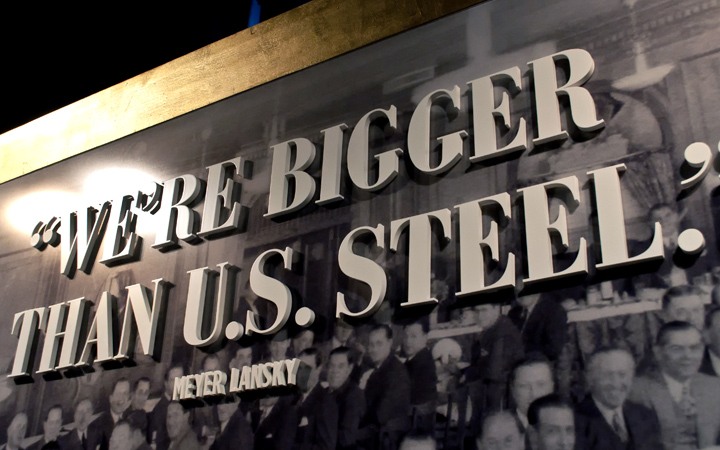 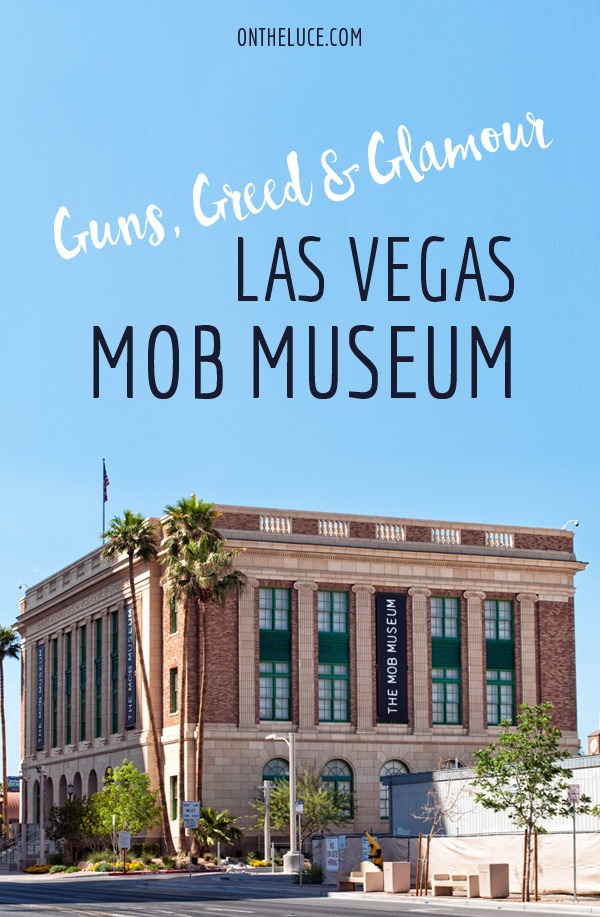 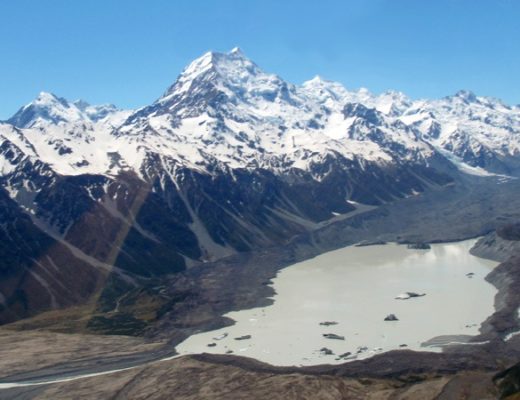 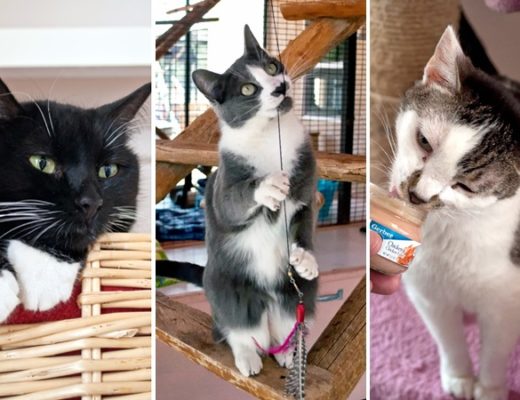 Making new Best Friends at the US’ biggest animal sanctuary 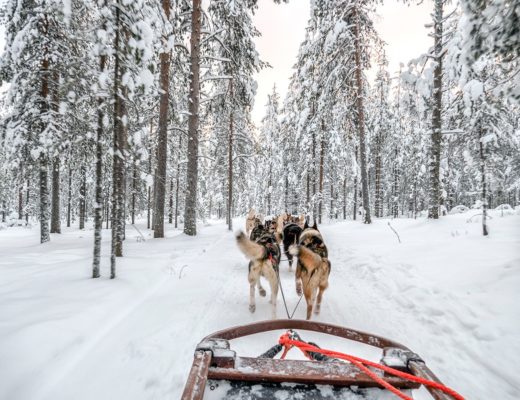