Cruise life: A day on board P&O Cruises Britannia 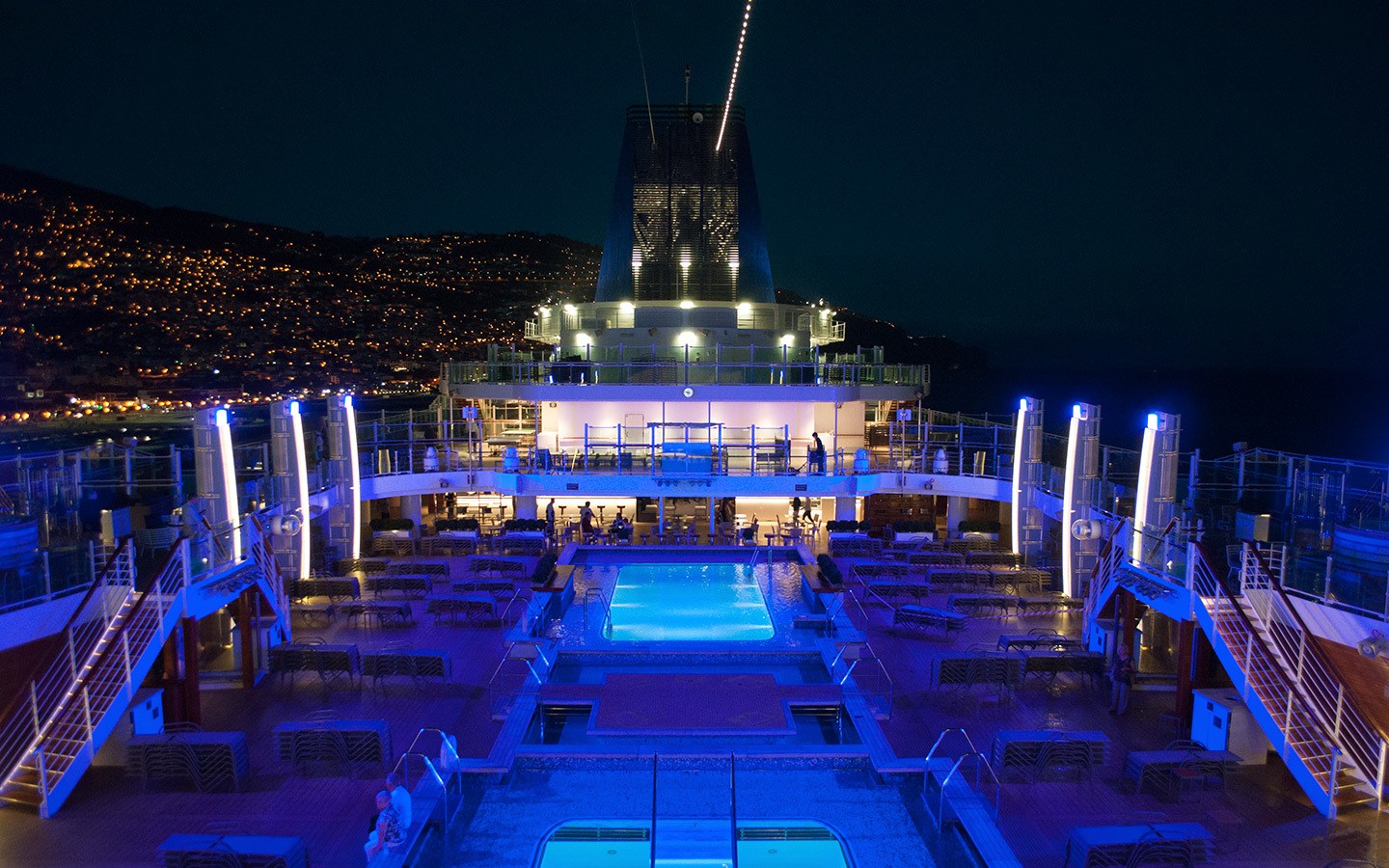 Before I went on my first cruise it wasn’t hard to find out practical information about the ship, the destinations we’d be visiting and what to pack. But one question that was a lot harder to answer was what’s it actually like on a cruise? What do you do on a typical day? If you’re a first-time cruiser you probably have no idea what to expect. So after my latest trip I thought I’d share a day in the life of a cruise, with how I spent 24 hours on board P&O Cruises Britannia.

Of course you can do as much or as little as you like on a cruise – be energetic or lazy, sociable or reclusive, do your own thing or get things organised for you. Everyone’s version of an ideal day will be different, but this is how this independent traveller-turned-cruiser spent her time. 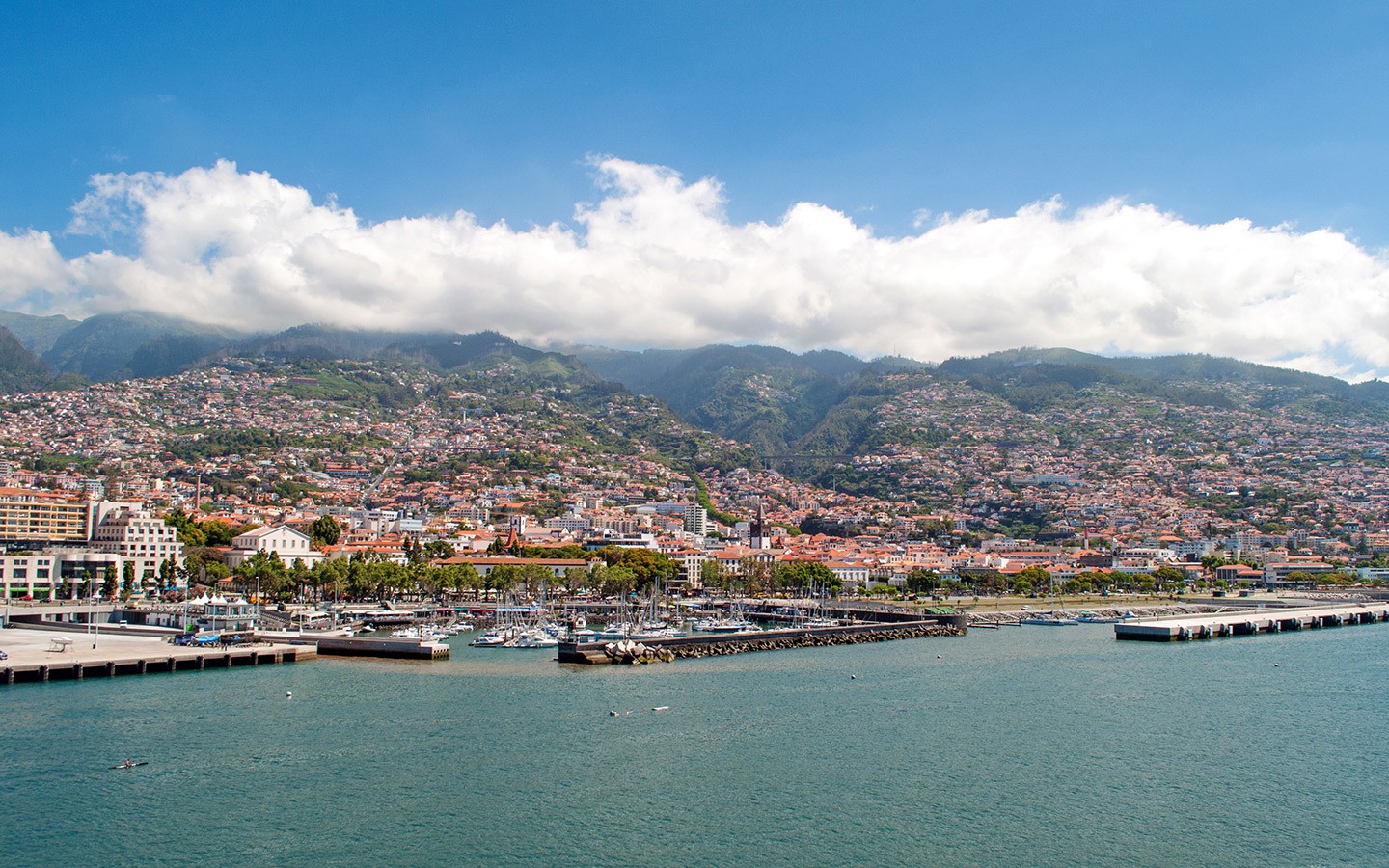 Sailing out of Madeira

But first an introduction to my floating home for the week – MV Britannia. Launched in 2015, she’s the flagship of P&O’s fleet and Britain’s largest cruise ship. She’s 330 metres long (that’s 20 metres taller than London’s Shard) and can hold 3647 passengers and 1350 crew, with 1837 cabins, from suites to inside singles, which are divided across a range of cabin grades.

In winter Britannia sails the Caribbean and in summer the Norwegian fjords, Mediterranean and Canary Islands. Most of P&O Cruises in summer start from Southampton so the majority of passengers are British, and the fact you don’t need to fly means they’re popular with plane-phobics and attract families and an older crowd (though there are some fly-cruises too).

My mum and I joined Britannia on a 12-night Canary Island cruise, which started in Southampton and visited Madeira, La Palma, Tenerife, Lanzarote and Lisbon before returning to Southampton. And here’s how we spent a day on board P&O Cruises’ Britannia.

24 hours on board P&O Cruises’ Britannia 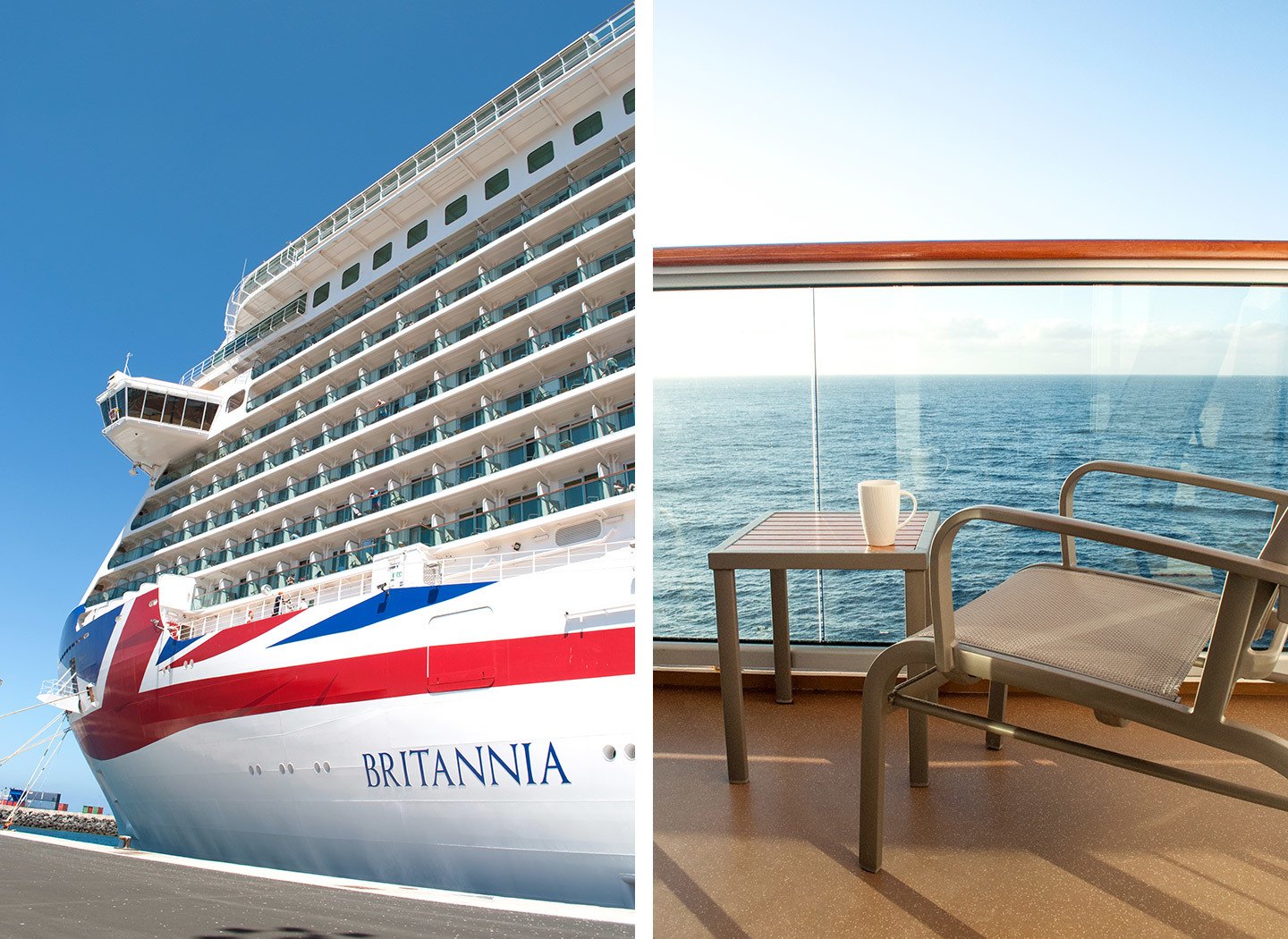 8am: Rise and shine

For me, the best part of a cruise is waking up in a new destination. So I’m usually awake early and out on the balcony as we come into port. The Canary Islands use the same time zone as Spain, which means the sun didn’t rise until after 7am when we visited in June. So I got to see more sunrises on board than I have in the last five years (I’m definitely not a morning person).

Being a British ship means Britannia runs on tea, so there’s a kettle in each cabin. You can get a self-service breakfast in the buffet (Full English, pastries, cereal, fruit, ham and cheese) or be waited on in the dining room. Or you can be lazy like me and take advantage of room service. If you fill in a card the night before and tick what you’d like and what time it’s delivered to you. 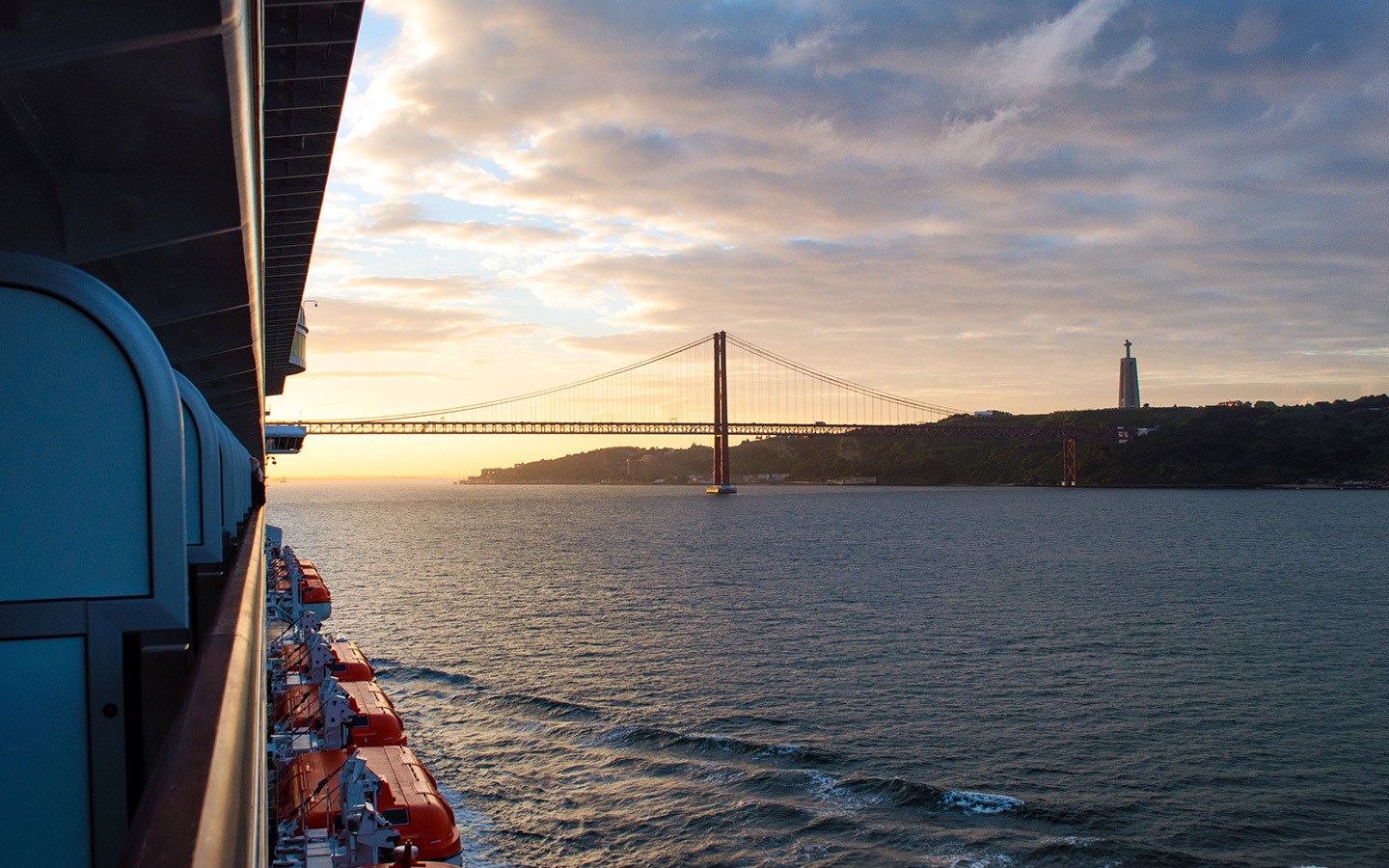 Sunrise in Lisbon from my balcony

At some ports you have to take a tender (small boat) to reach the shore, but on this trip we were able to dock in every port, so it was easy to get on and off ship. Once the local authorities give the go ahead the captain makes an announcement that you can disembark. The ship arrived into port around 8am, but we usually held on for a bit to give the people going on shore excursions a chance to get off the ship first as disembarkation can get a bit manic.

There are a range of full-day or half-day excursions available, or it’s easy to go off and do your own thing. You get given an info sheet for each destination with a map and basic details of what there is to see and do. We could walk into town from all of our ports (the Canaries have helpful lines marked on the pavement for the directionally challenged like me to follow) or there are shuttle buses (which were free in some ports and cost £4/€5 in others). 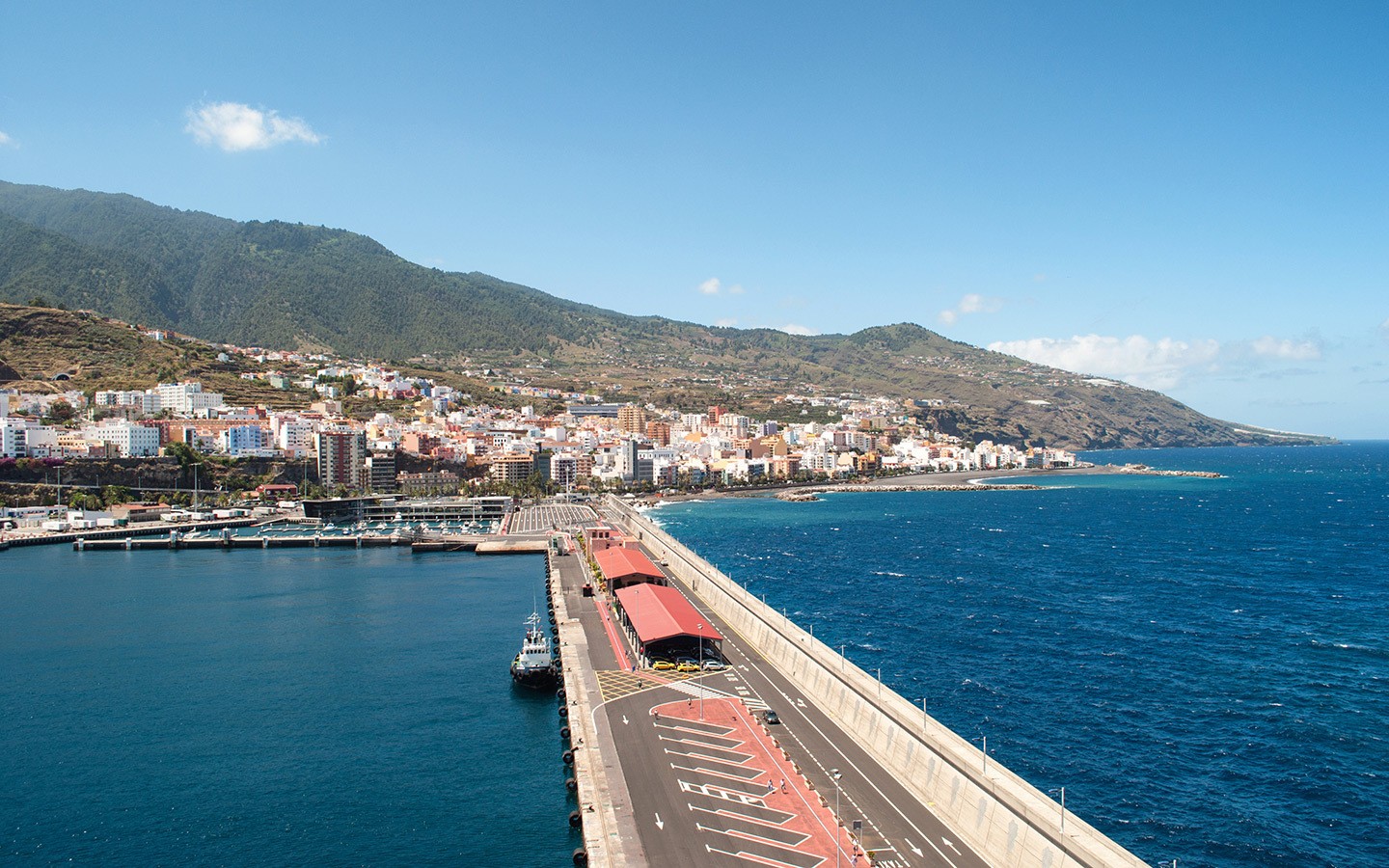 3pm: Back on board

After a day exploring we’d head back to the ship, where your cruise card (which also acts as a door key/onboard credit card) is scanned so they know who’s back. There is always food available somewhere on board, so we tended not to eat too much while we were on shore and would grab food back on the ship. Another British touch on Britannia was the afternoon tea.

There are cakes and sandwiches every afternoon in the buffet (with gluten-free versions available if you ask) or you can get a waiter service version in the dining room. If you’re a real afternoon tea fan there’s a also special version in the Epicurian restaurant (only available on sea days) which is designed by pastry chef Eric Lanlard, who gives the traditional tea an unusual twist with quirky duck and raspberry macaroons and chocolate cannelloni. 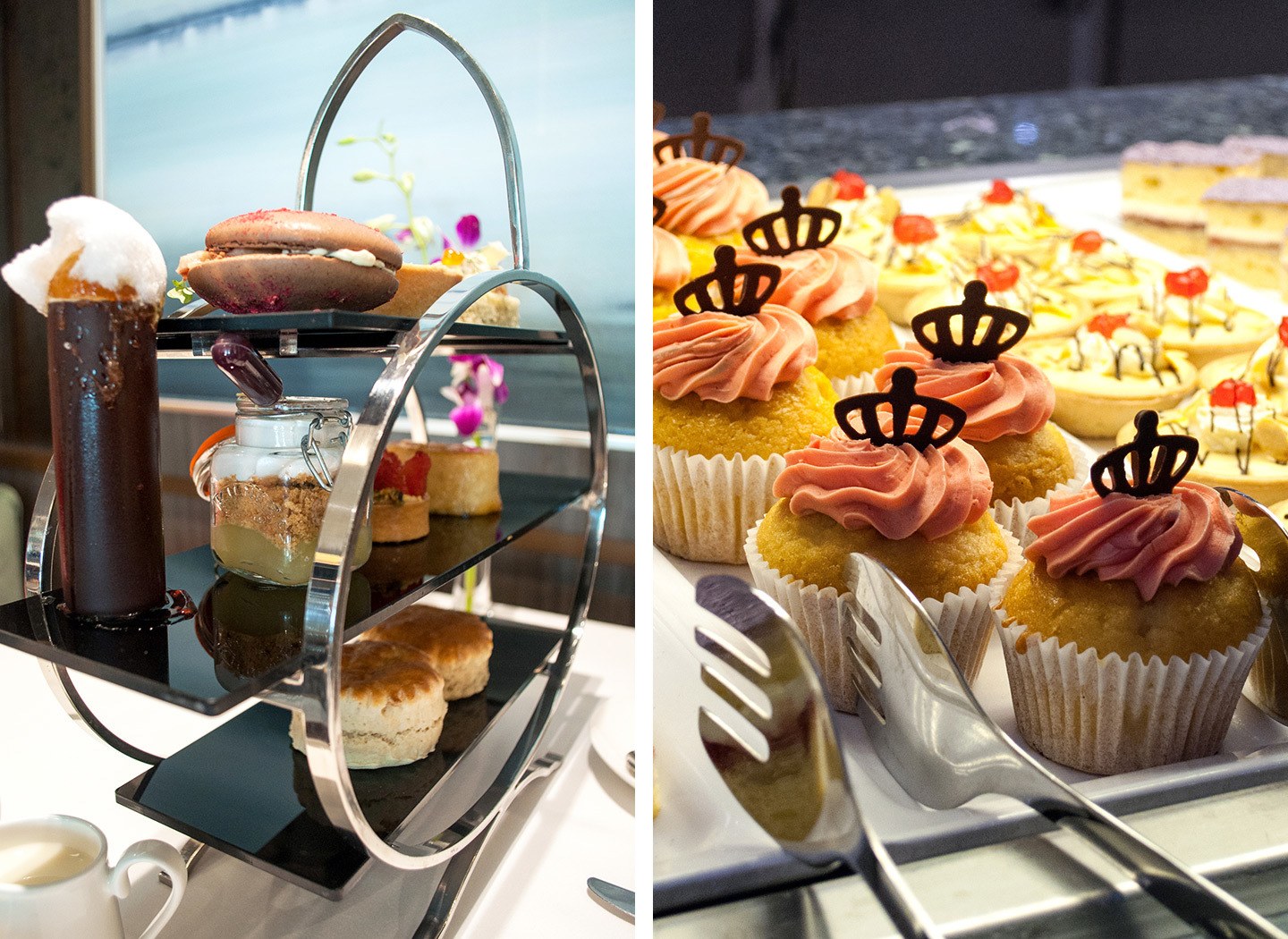 Afternoon tea in the Epicurian and the buffet

Each ship has on-board activities, Britannia‘s include an on-board cookery club. There’s at least one two-hour class per day, with 12 workstations up on the 17th floor so you get a panoramic view while you cook. As part of P&O Cruises’ Food Heroes collaboration, guest chefs like James Martin come on board to teach special cookery classes. The rest of the time the P&O chefs run classes teaching guests to make things like bread, pasta or Thai street food.

There are also ‘demo and dinner’ evenings where you’re shown how to cook a new menu then get to eat it all. We checked out the chocolate-making workshop where tasty gluten-free chocolate brownies and deliciously rich (and slightly boozy) chocolate truffles and honeycomb were on the menu – and you’re given recipe cards so you can make them back home. 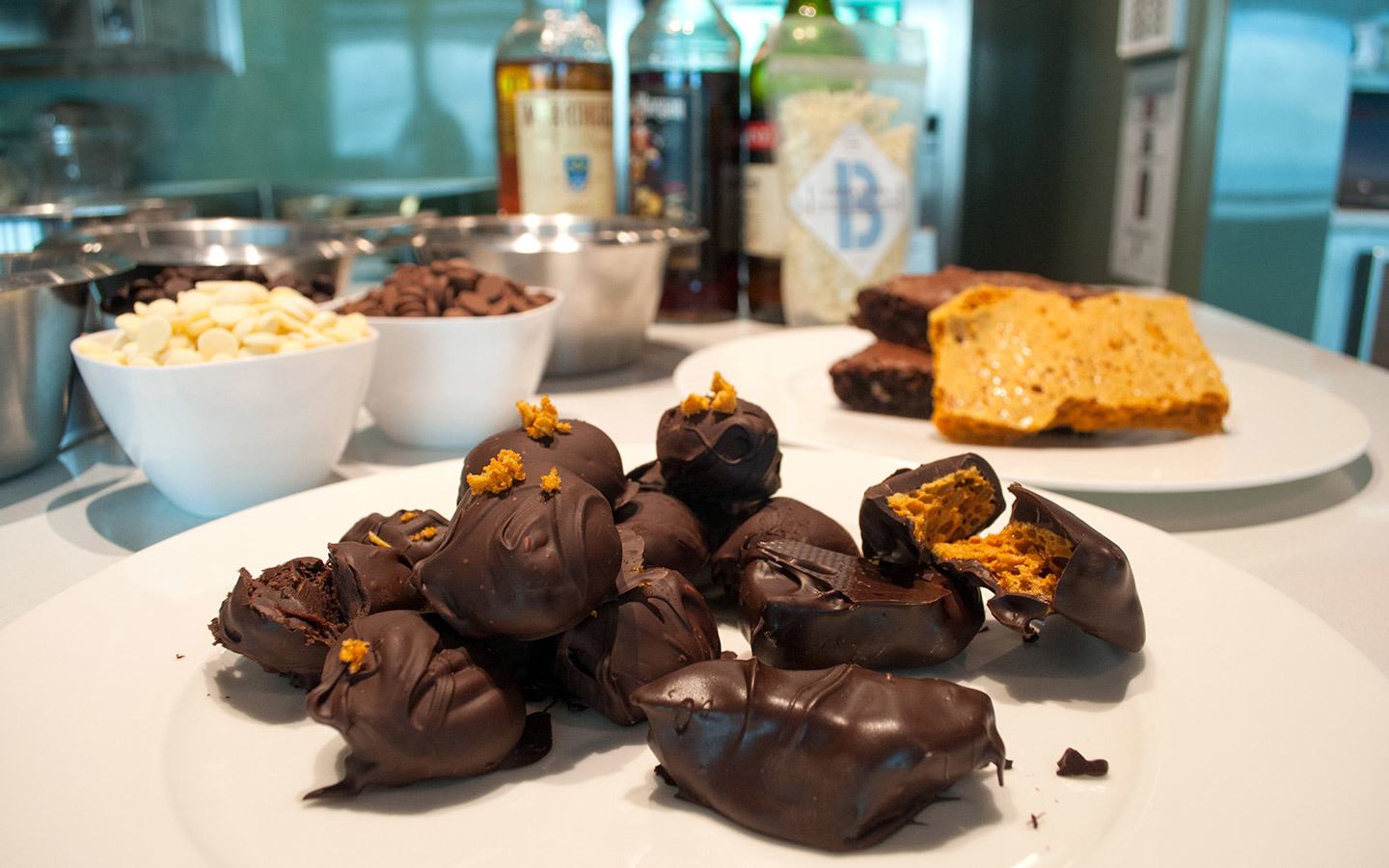 Depending on which port we were at, we set sail sometime in the late afternoon. The main Lido Deck pool hosts a sailway party with bands and DJs. But I liked the quieter Sun Deck where we could sit with a glass of Prosecco and dip our feet in the pool as we sailed off. P&O does let you bring alcohol on board, so we could buy a bottle of local wine and sit on the balcony too.

Then it’s time to get ready for dinner. On a full 12-day cruise there are four black-tie formal nights, though they usually tend to be on sea days when you’ve got more time to get ready. The dinner dress code is smart casual on other nights (though if you do want to dress to the nines every night then a cruise ship is the one place where no-one will bat an eyelid). 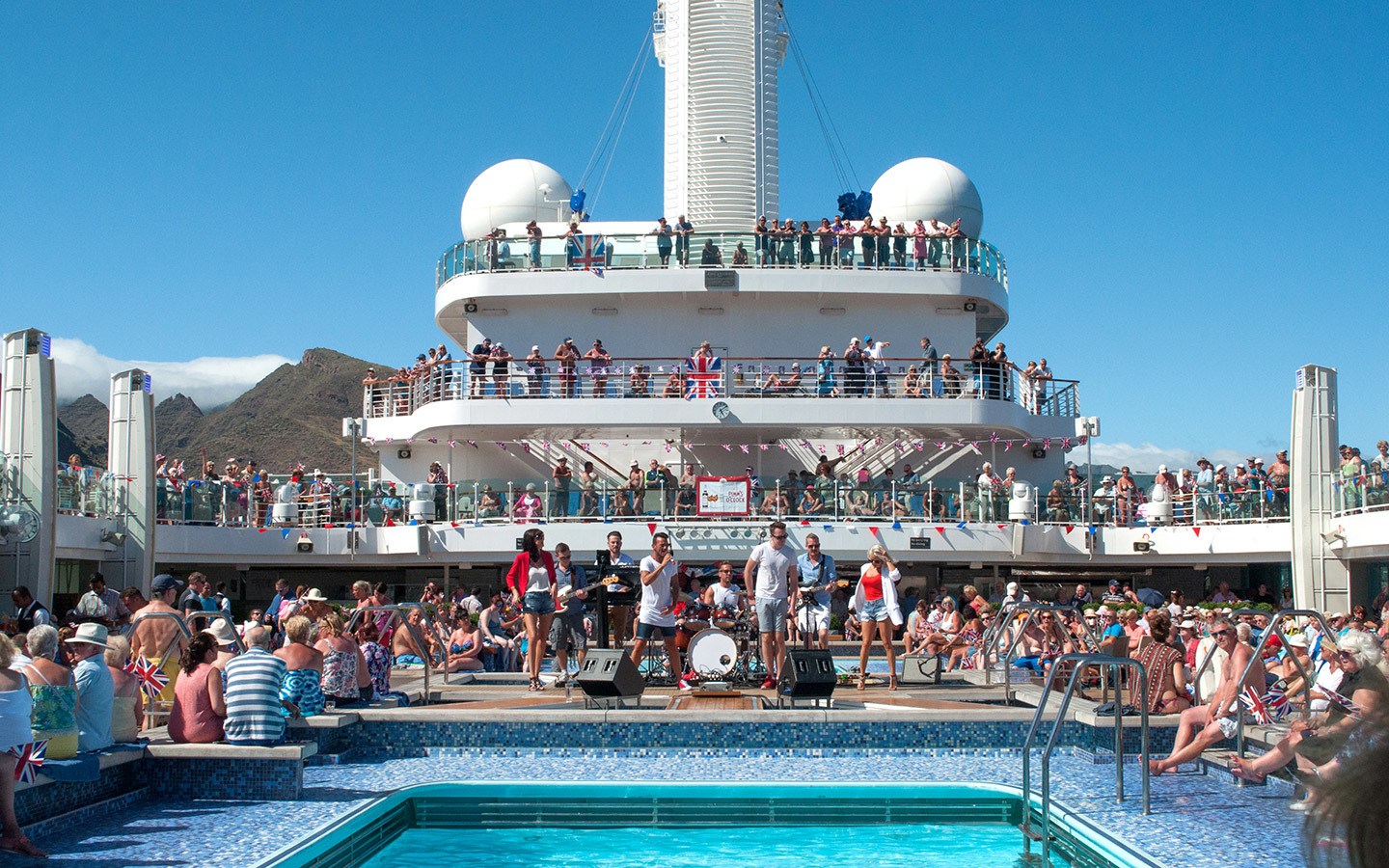 Sailaway party on the Lido Deck

For pre-dinner drinks there are a few bar options, from the outdoor Sunset Bar at the back of the ship to an English pub (it was surreal seeing people drinking pints and watching the England match in the mid-Atlantic!). My favourite bar was the Crow’s Nest, high up at the front of the ship for a Captain’s eye view. It’s home to The Great British Gin Menu with 20 different gins from around the country – my top choice was Sunderland’s Poetic Licence’s Northern Dry Gin. 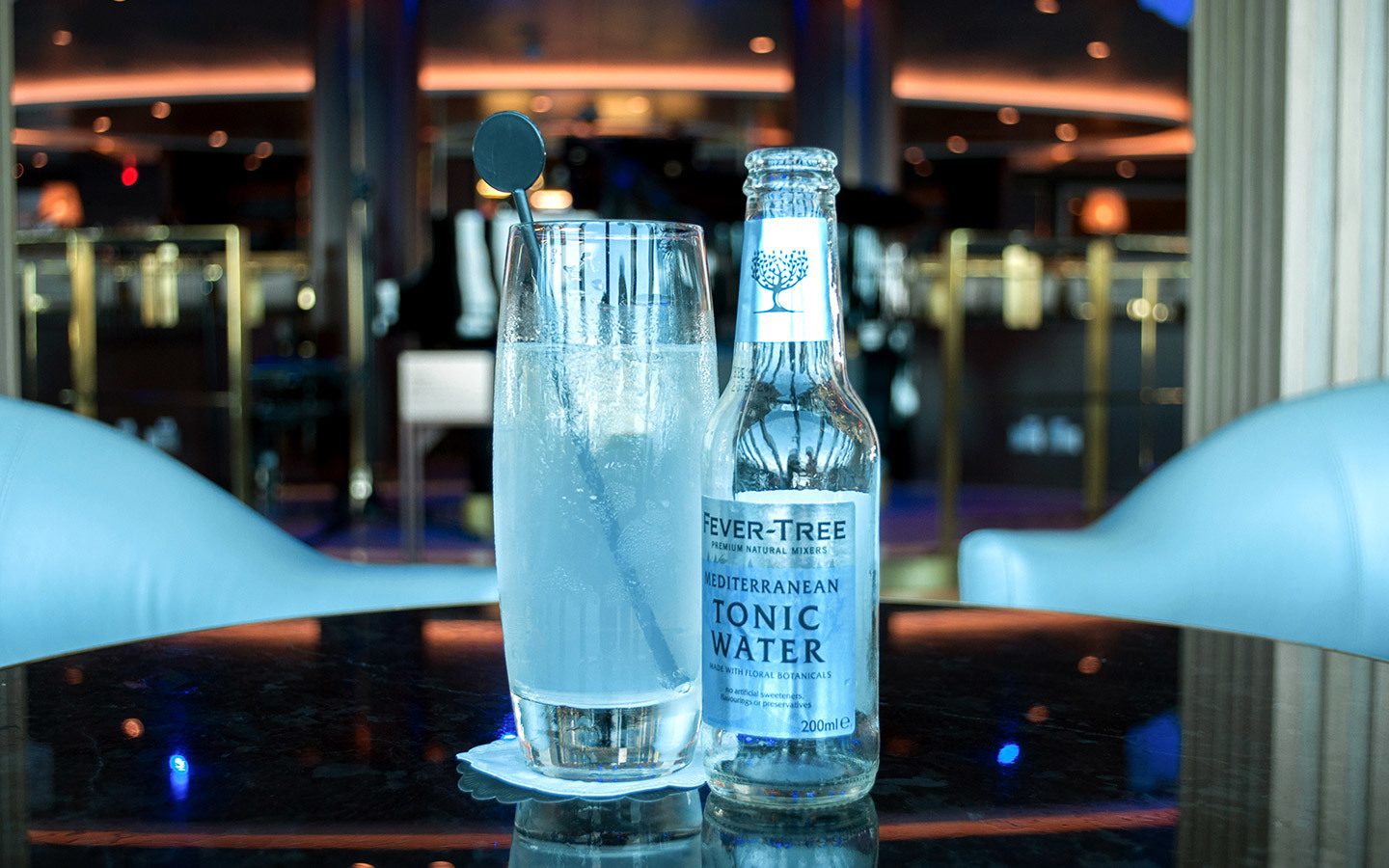 G&T in the Crow’s Nest

There are 10 places to eat on board, but most people go to one of the main dining rooms where you’re served a four-course menu each night. We had a ‘Freedom dining’ package which means you don’t have to eat at a particular time or at the same table every night. You just turn up when you want and can choose whether to have a table by yourself or share with other people.

Most of the time we shared and had some good chats (and got lots of cruise tips – so many cruise addicts were on their 10th or more trip). If you fancy a change there are a few speciality restaurants, where you pay a bit extra. We tried out Sindhu, an fine-dining Indian restaurant with a menu designed by another of the P&O Food Heroes, Atul Kochhar. We also liked The Glass House, a wine bar with some unusual wines and tapas-style food on the menu. 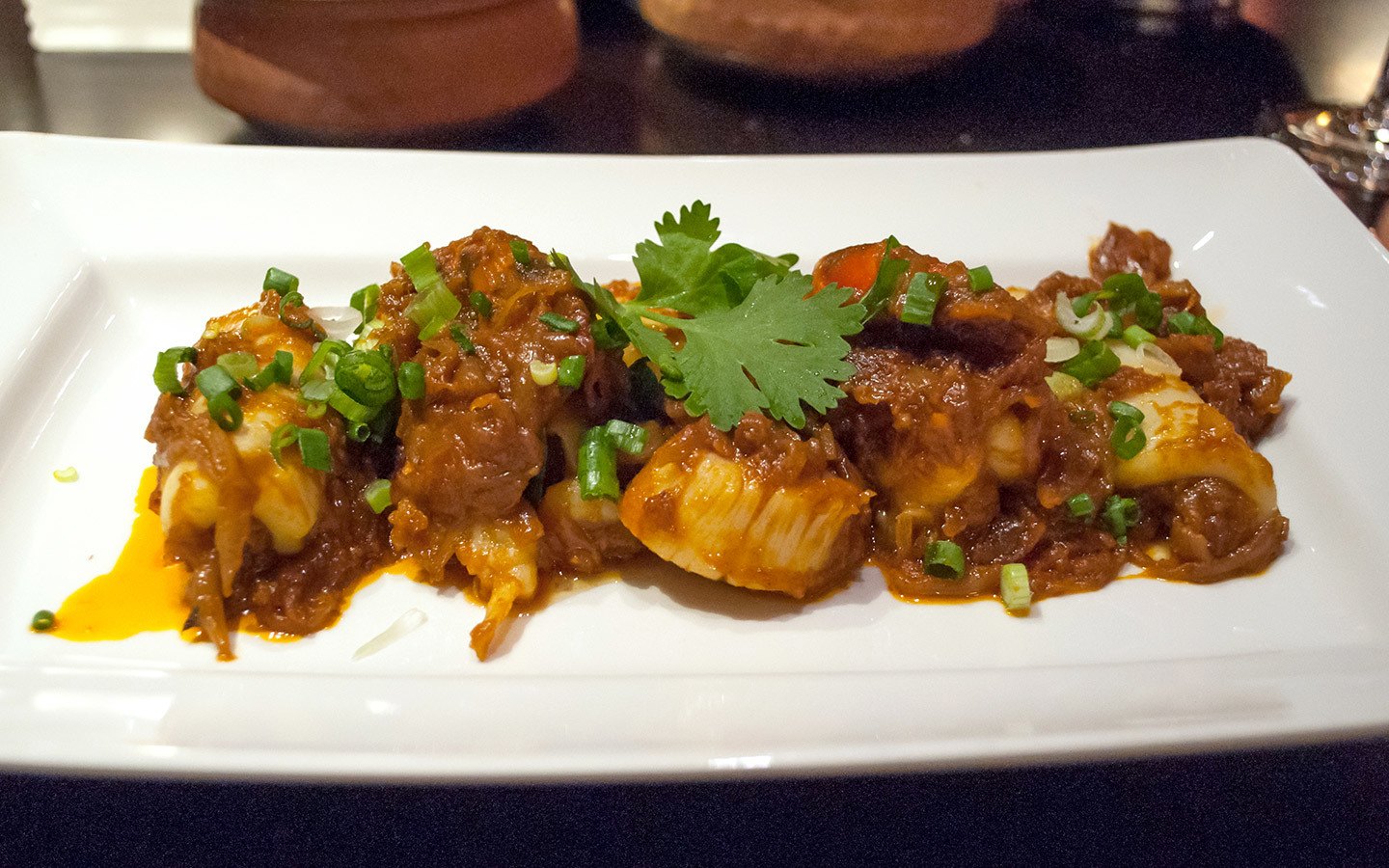 Each night guests are given a copy of the ship’s newsletter with details of all the next day’s events, so you can plan what you want to see. Britannia has a big theatre with three shows each night, including comedians, West End shows and tribute bands. The 8.30pm performance tends to be the busiest so we normally went for either the early show before dinner or the late one afterwards. Our cruise had a Strictly Come Dancing theme so there were dance shows and classes around the ship too. There’s also a cinema and live music in the bars later on. 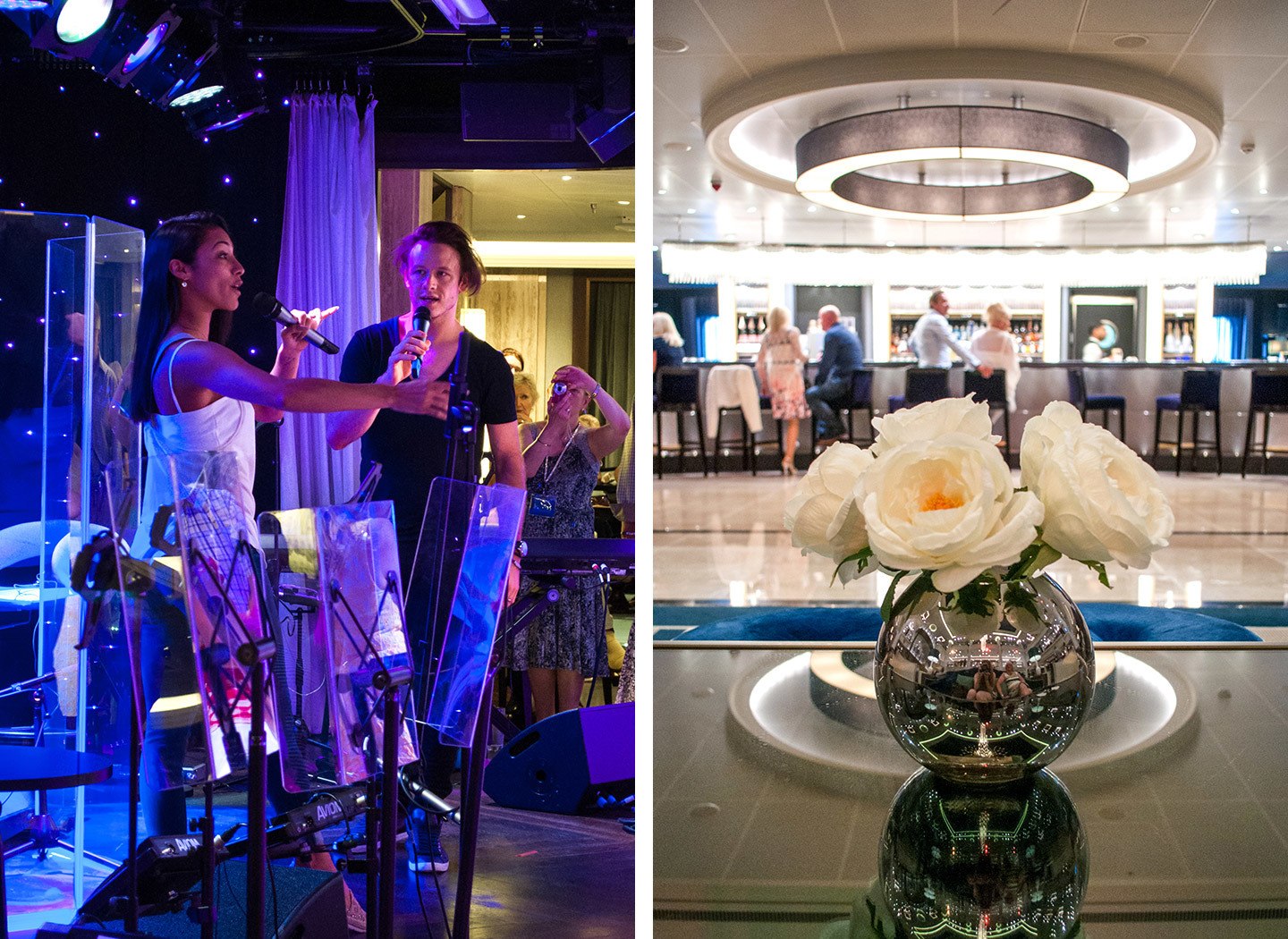 Strictly stars and the lobby bar

There’s a club, karaoke bar and casino on board Britannia, but by this point I was usually exhausted so just finished the night off with a walk around the top deck. It’s almost deserted in the late evenings and looks beautiful all lit up. Then it was back to our cabin, which had been tidied up and the bed turned down by our lovely cabin steward Carol while we were out, where we headed off to bed while the ship sailed onwards to its next destination.

So that’s how I spent my days on board P&O Cruises Britannia – how would you spend yours? 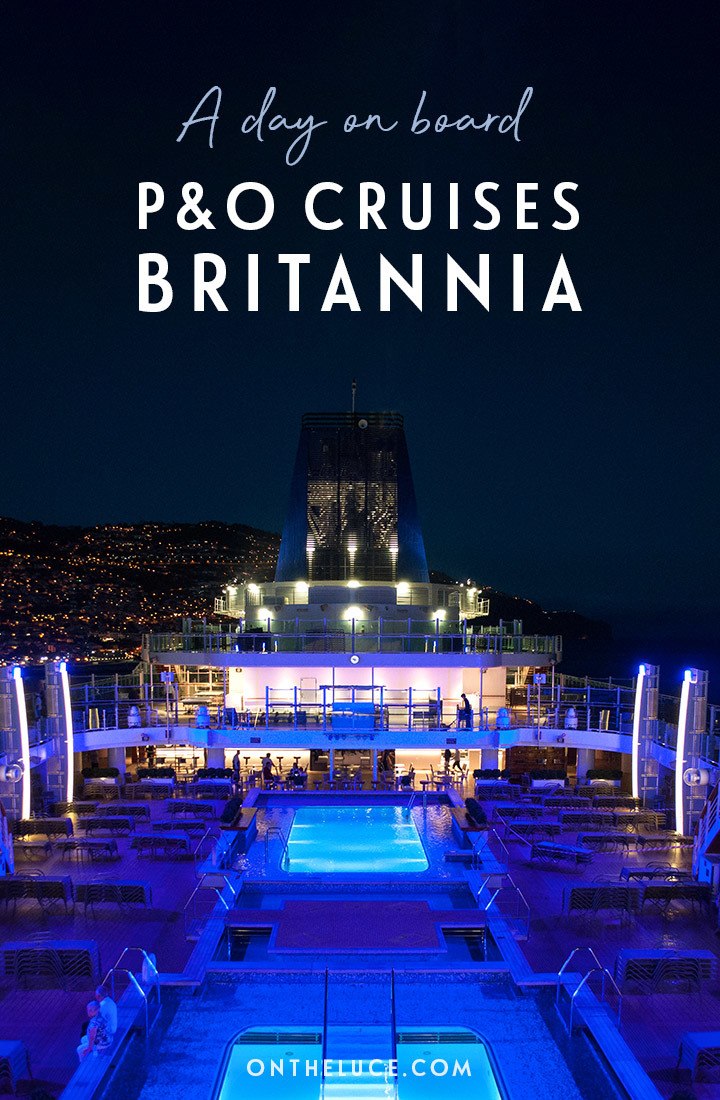 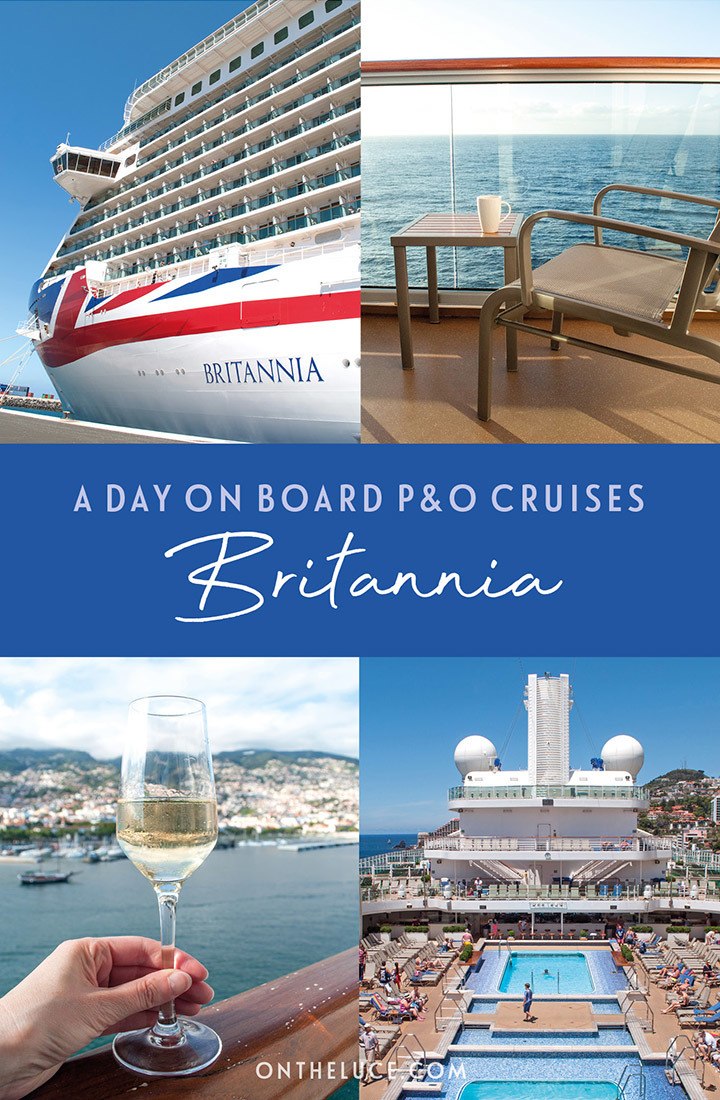 Thanks to P&O Cruises for hosting us on board Britannia. All views and opinions are, as always, my own. A similar 12-night Canary Islands cruise departing from Southampton costs from £999 per person for an inside cabin or £1299 per person for a balcony cabin.