Boats and balconies: Things to do in Valletta, Malta 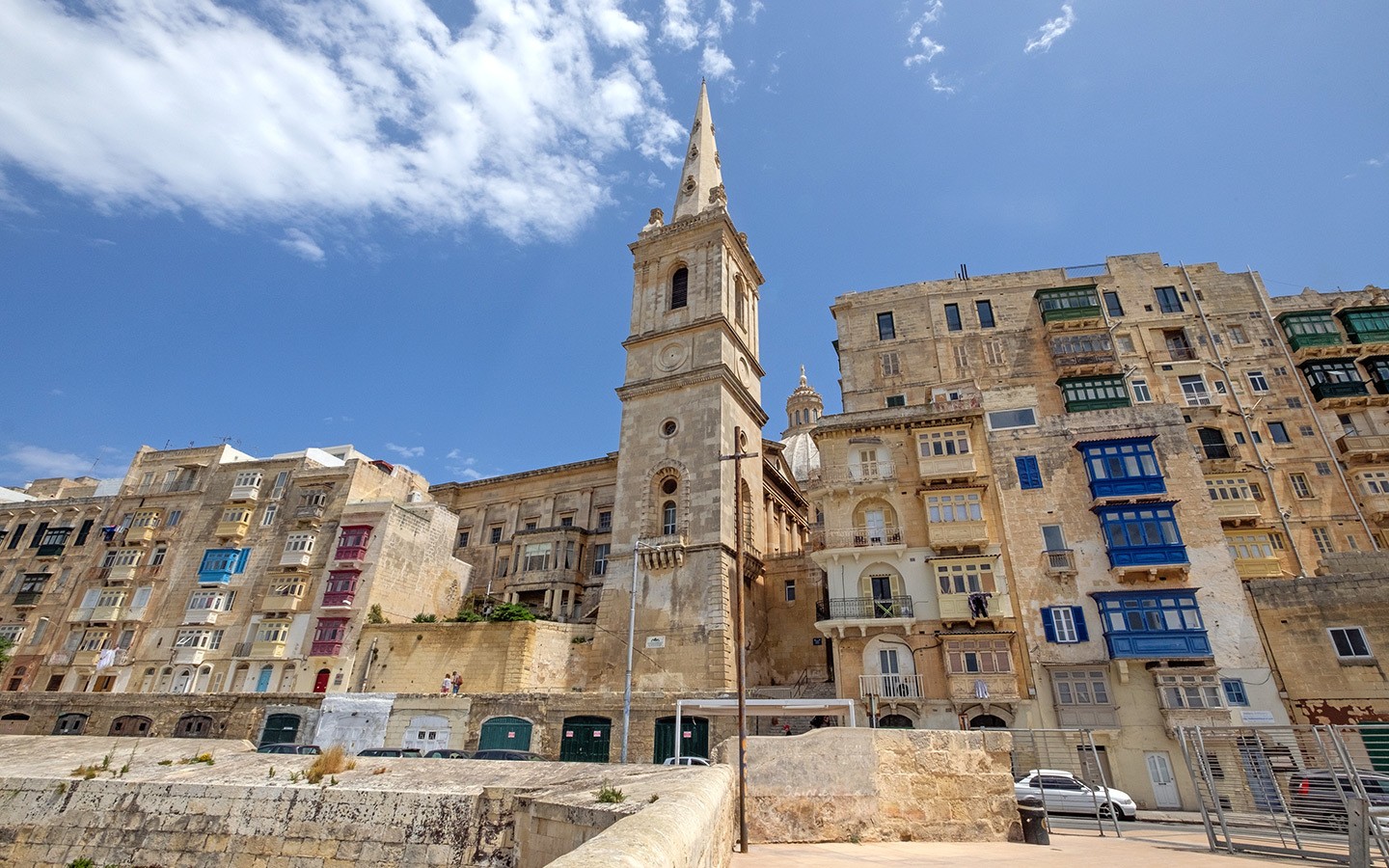 Golden stone buildings, ornate churches, colourful balconies and sparkling seas – Malta’s capital Valletta might be tiny but it’s full of charm. It stretches just 1km by 600 metres and is surrounded by water on three sides, but has so much historic architecture that UNESCO designated the whole city a World Heritage Site. Walking its streets is like stepping back in time, but Valletta’s not just living in the past, with recent renovation and redevelopment after being 2018 European Capital of Culture. It’s a popular cruise stop and plenty of off-season sunshine makes it a great place for a spring or autumn break. So here are my favourite things to do in Valletta, Malta.

Read more: Sirens and sunsets: Things to do in Sorrento

The best things to do in Valletta, Malta 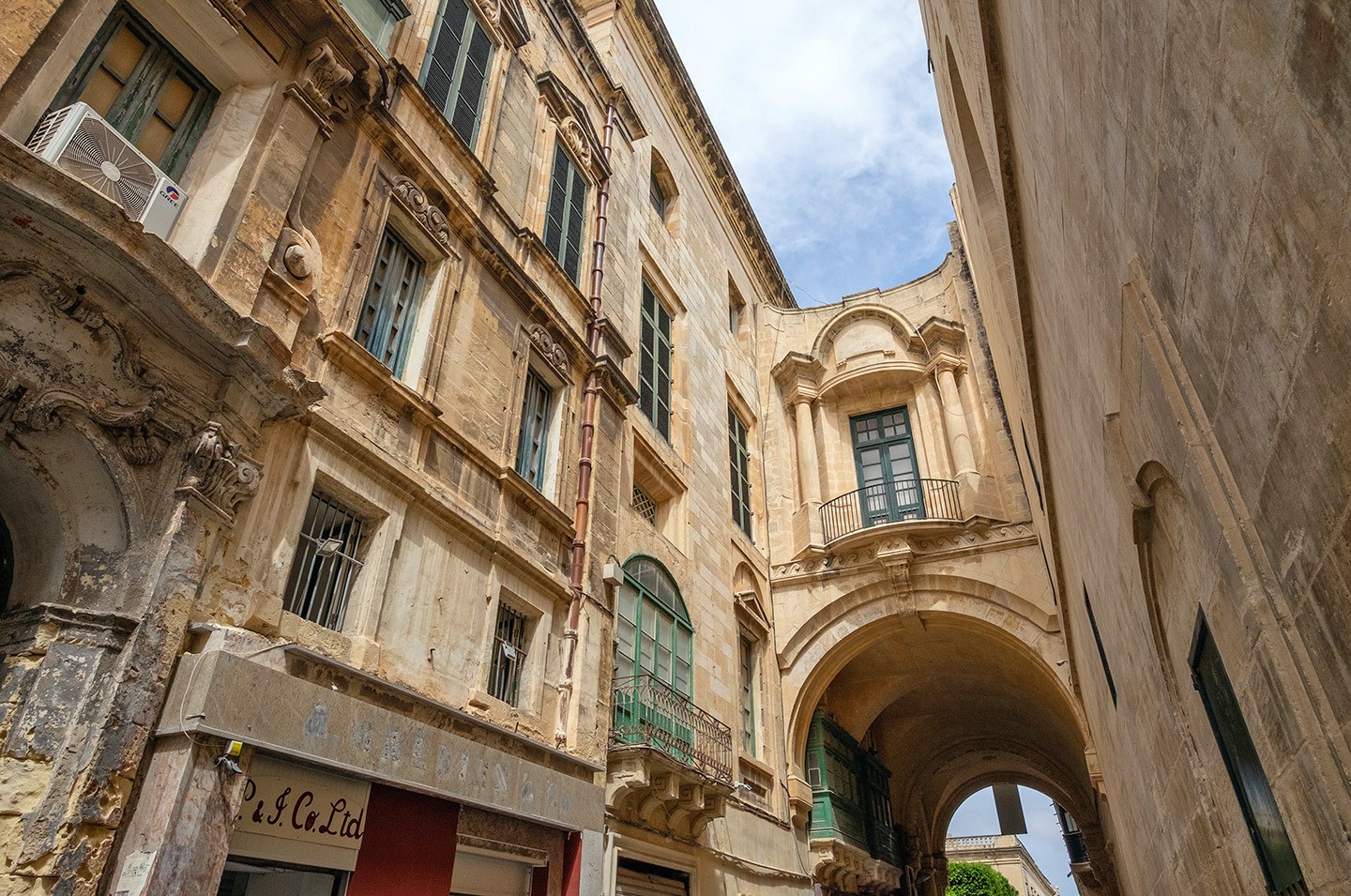 Valletta – and all of Malta – is dotted with giant domed churches, by the most impressive of all is St John’s Co-Cathedral. From the outside it looks pretty plain, but once you go through the doors it’s a different story. Every surface is coated with colour and sparkling gold.

There are frescoes on every patch of ceiling, marble floors under your feet, and walls covered with intricate gilded carvings. The cathedral – or co-cathedral as it shares the job of Bishop’s residence with the cathedral in Mdina – was built for the Knights of Saint John. But it was revamped in Baroque style in the 17th century, and they really went all out on the decor. 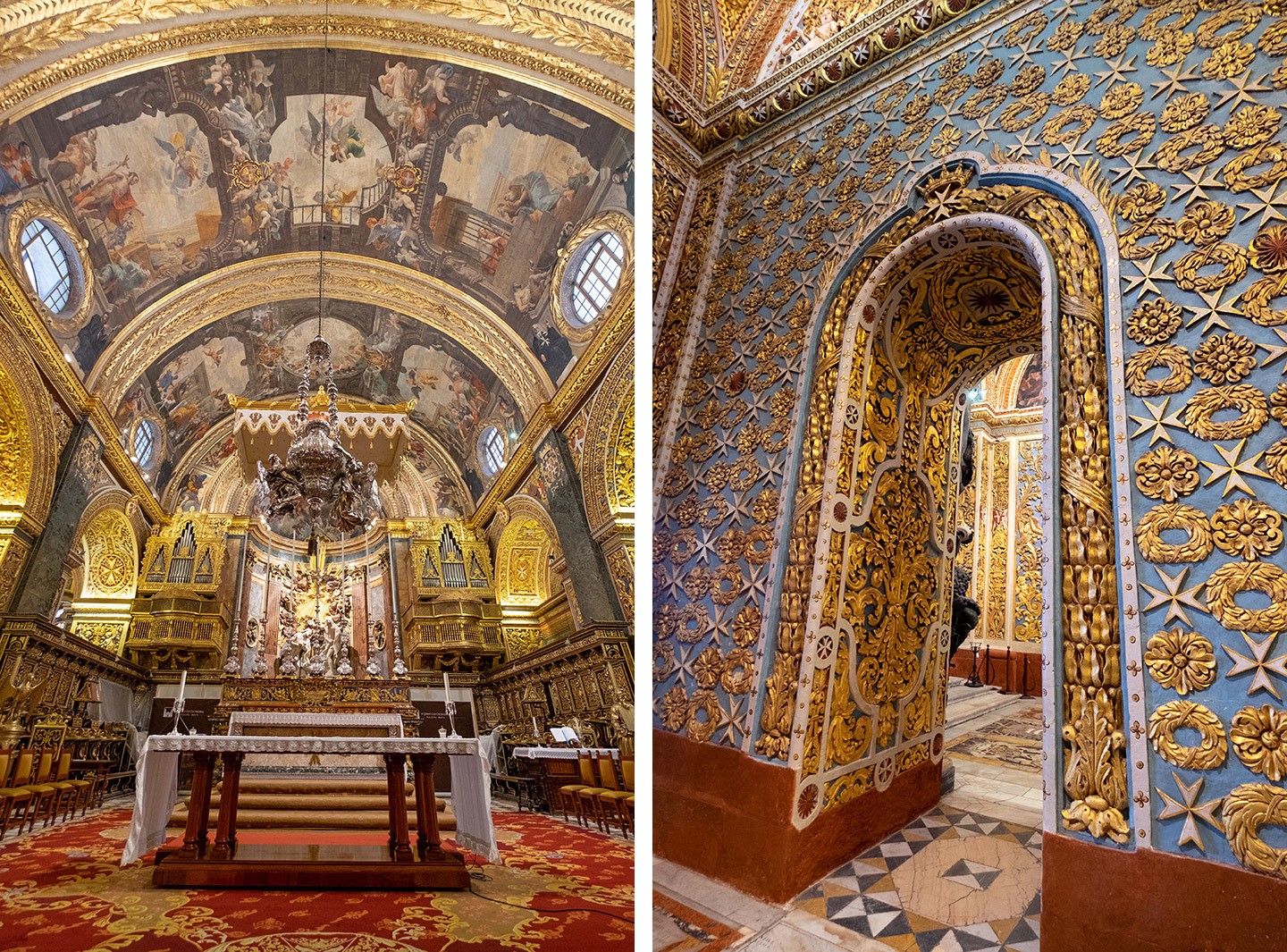 The cathedral is made up of eight smaller chapels plus an oratory with paintings by Italian artist Caravaggio, who was briefly one of the Knights of Saint John. Don’t miss the stairs up to the balcony where you can get up close to the frescoes. The cathedral’s €10 entry fee (€7.50 concessions) comes with an audio tour with lots of detail about its history. Visitors need to cover their knees and shoulders, and heels aren’t allowed as they can damage the marble floors. 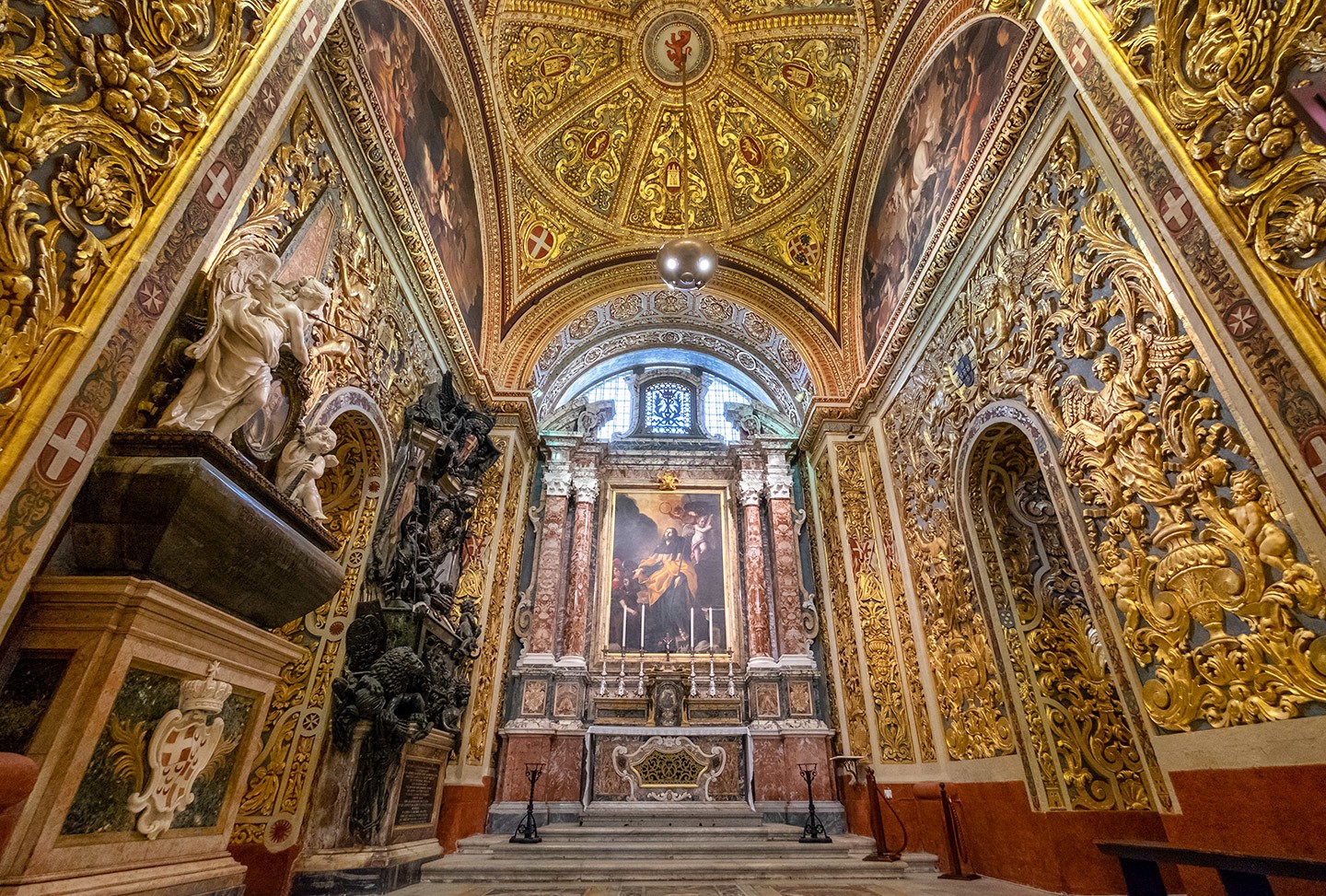 Check out the views from the Barrakka Gardens

For one of Valletta’s best views, head to the Barrakka Gardens. There are two of them – the Upper and Lower gardens – but both lie along the east side of the peninsula and both come with a panoramic view out over the harbour. The Upper Barrakka Gardens were originally built in 1661 as an exercise ground for the Italian division of the Knights of St John.

They’re surrounded by arches and originally had a roof, but once the French invaded Malta they turned them into a public garden. The gardens are filled with flowers, sculptures and shady spots as well as a café to relax in with a drink – they’re also a favourite for wedding photoshoots. 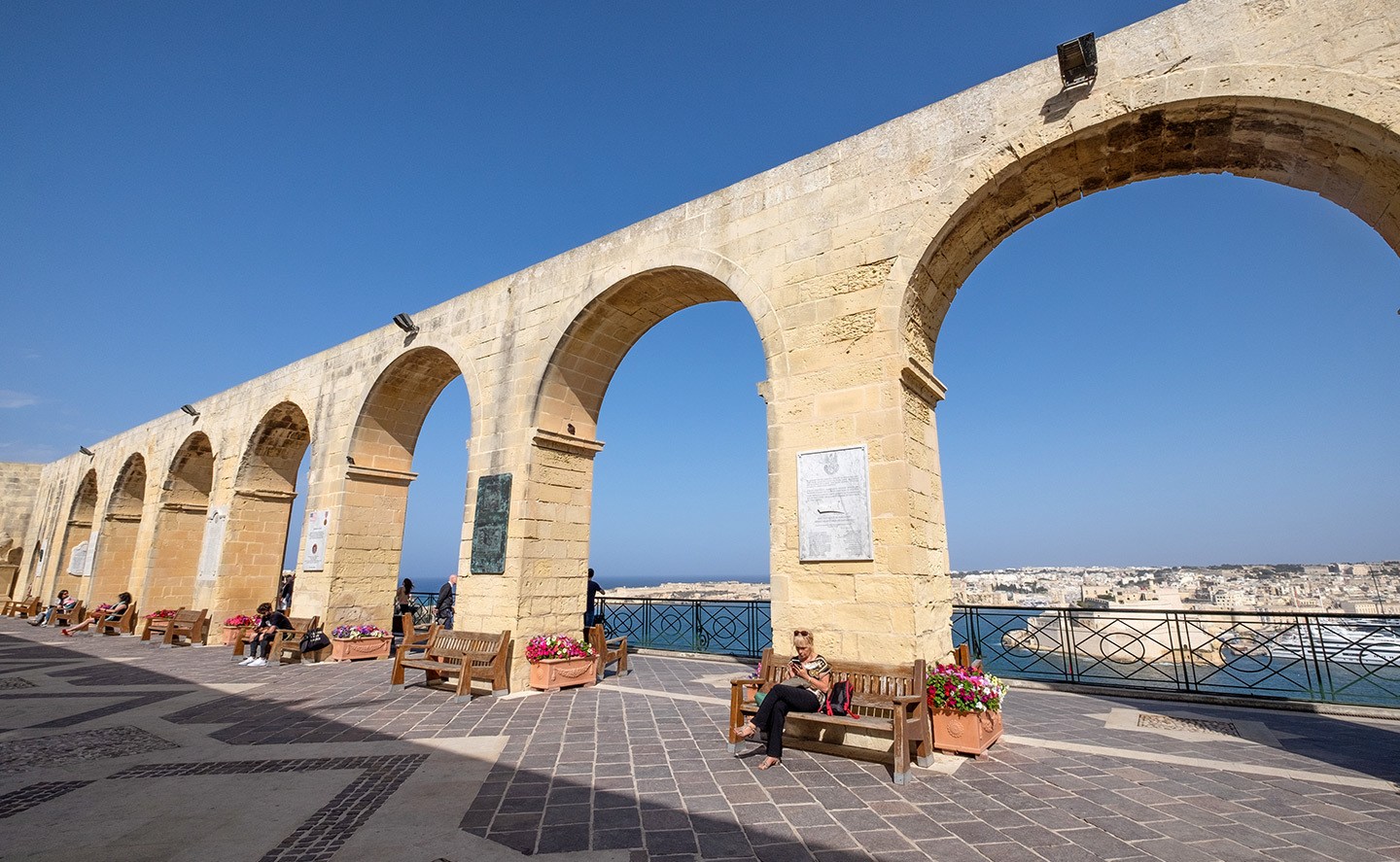 If you head to the Upper Barrakka Gardens at 12pm or 4pm, you can catch the cannon firing from the Saluting Battery, just underneath the gardens. Originally the cannons were fired to welcome ships into the harbour, but they’ve been recently restored and are back in action. There’s a little show which takes place before each firing, where guides in military costumes explain what’s going on. Or the Lower Barrakka Gardens look similar to the Upper Gardens, with the same arches as well as a mini Greek-style temple, but are a bit quieter. 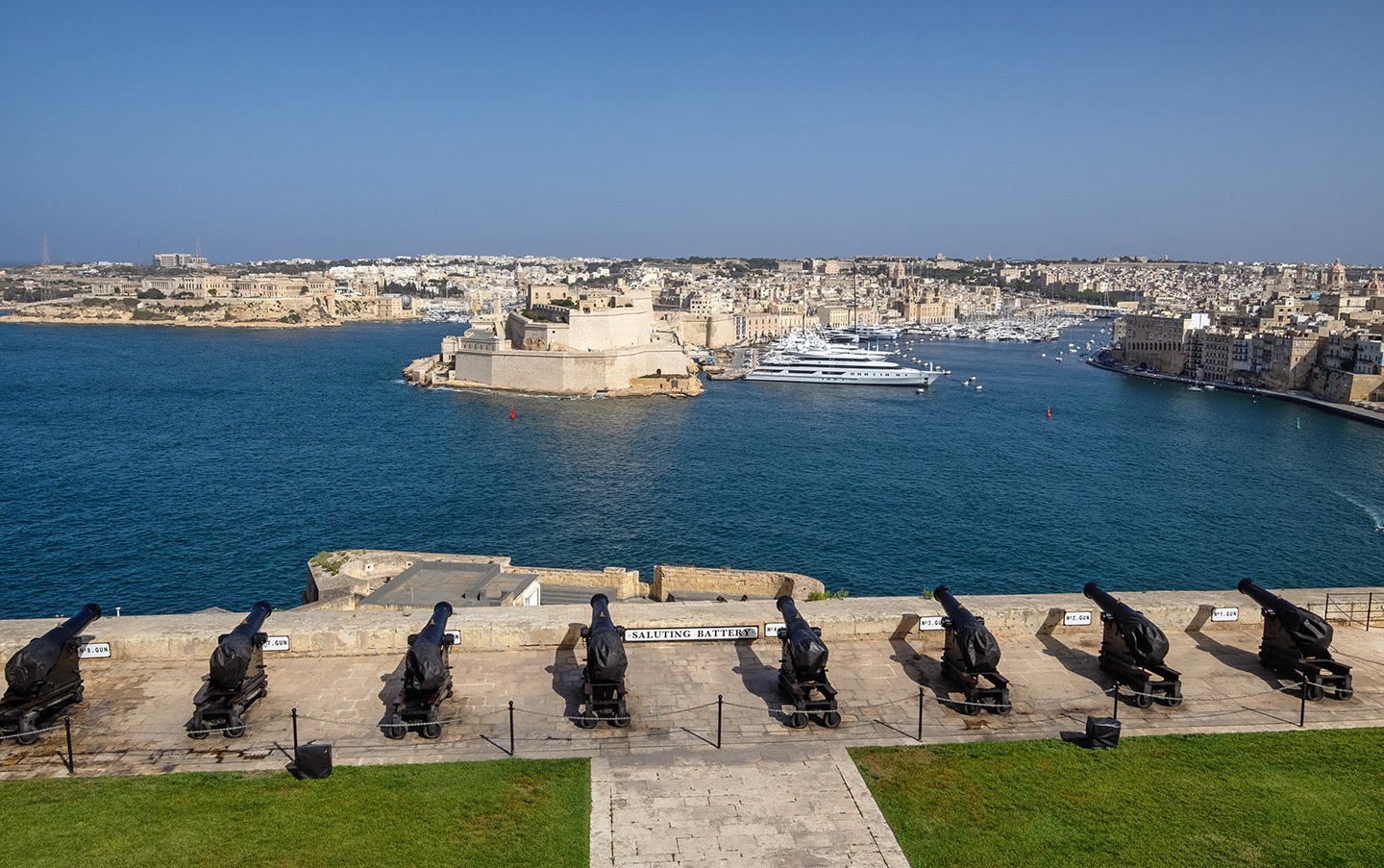 Get lost in the backstreets

Valletta is the perfect place to wander around – small enough that you can’t get lost (walk in any direction and you’ll probably hit water), not too much traffic, lots of hilly narrow streets and tucked-away churches to discover. The city was designed on a grid pattern to bring cool sea breezes in, with tall buildings to keep it shady. So even in summer its not sweltering hot.

A lot of the original 16th-century buildings have been converted into restaurants and boutique hotels. And there are tons of pavement cafés too if you need to refuel with a coffee and pastizzi (a local flaky pastry which is filled with ricotta – or more weirdly mushy peas). 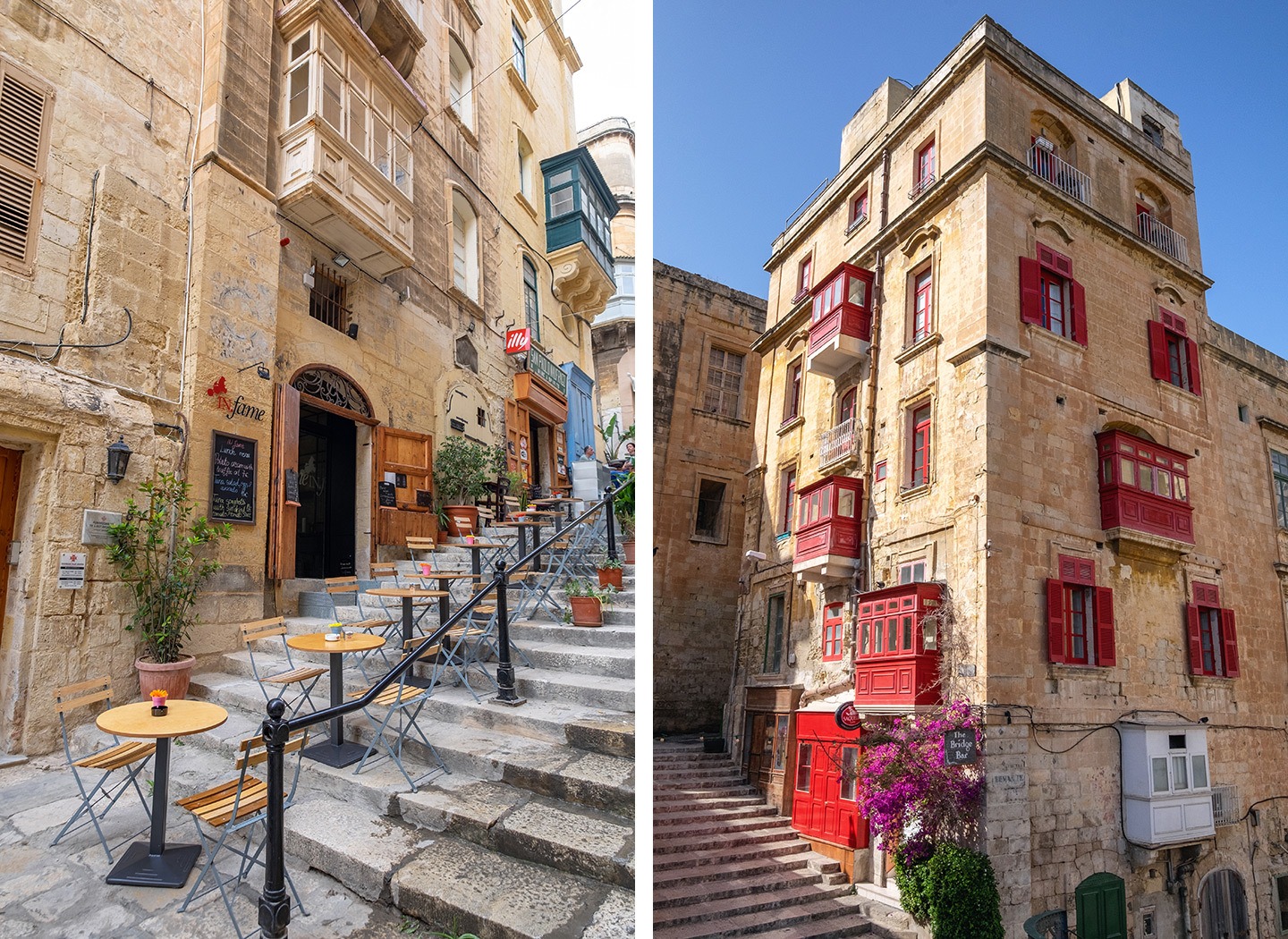 Wherever you are in Valletta, if you look up you’ll see the distinctive, brightly coloured, square Maltese balconies. When the city was built, the Knights of Saint John decreed every corner had to have either a statue, shrine or corner balcony to decorate it, and most are still there. It’s a photographers’ paradise with an endless supply of vintage shopfronts and artfully peeling doors.

But Malta’s also has its modern side too – in among all the traditional architecture, the new City Gate and Parliament Building are a real contrast. They were designed by Italian architect Renzo Piano and use the same kind of stone as the surrounding buildings, but they still really stand out against traditional Valletta – and have been pretty controversial with the locals. 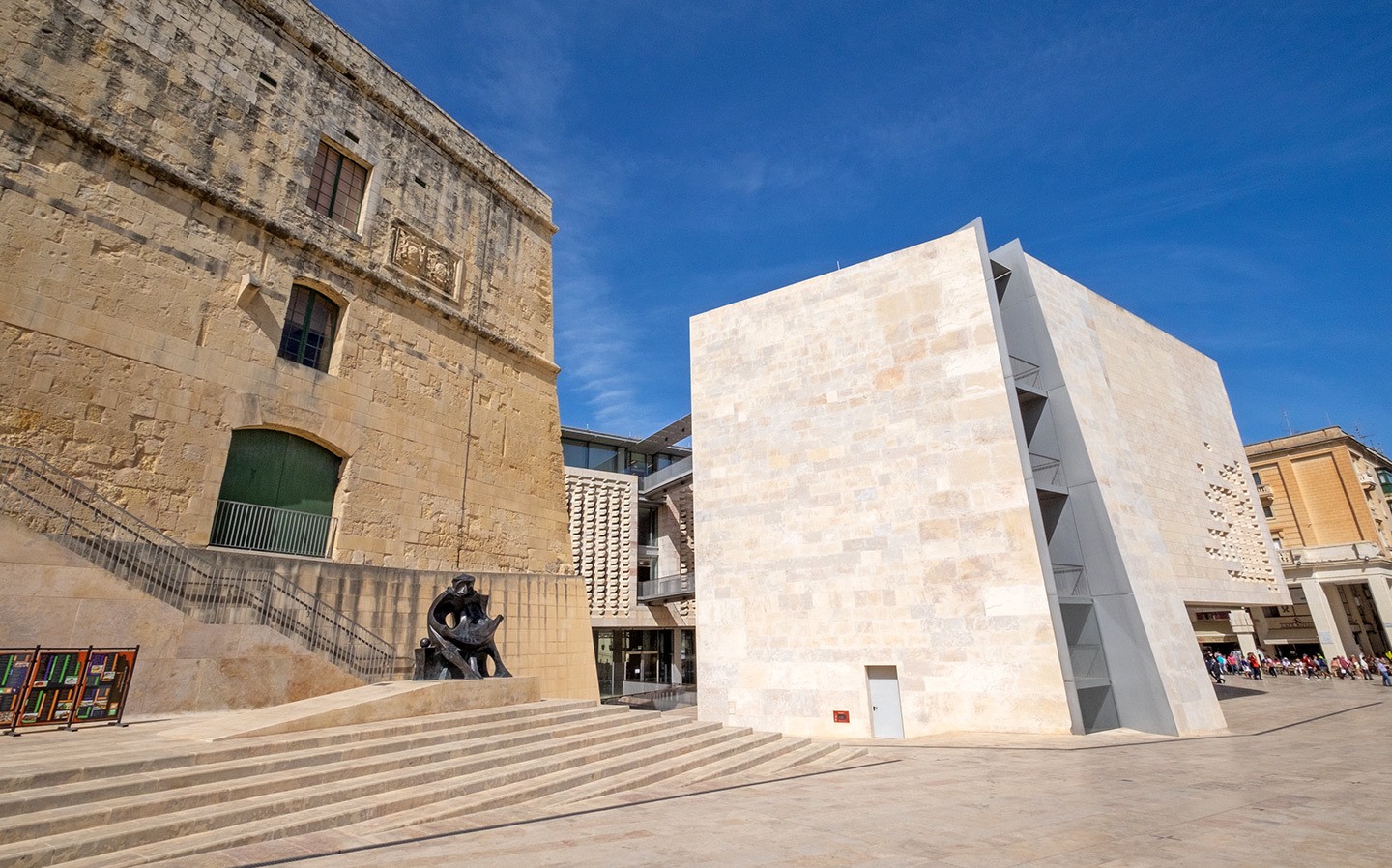 Old and new at Valletta’s parliament

For a small country, Malta has had a seriously eventful history. It’s been fought over for centuries and ruled by everyone from the Greeks and Arabs to the Turks and British. There are a few places in Valletta where you can learn more about Maltese history, starting off way back in 5200 BC in the Baroque building of the National Museum of Archaeology.

There’s also the National War Museum for Malta’s wartime history. It’s set inside Fort Saint Elmo at the tip of Valletta’s peninsula. The museum takes you through all the conflicts over the years – from the Great Siege when Valletta was built right up to Malta becoming independent in 1964. 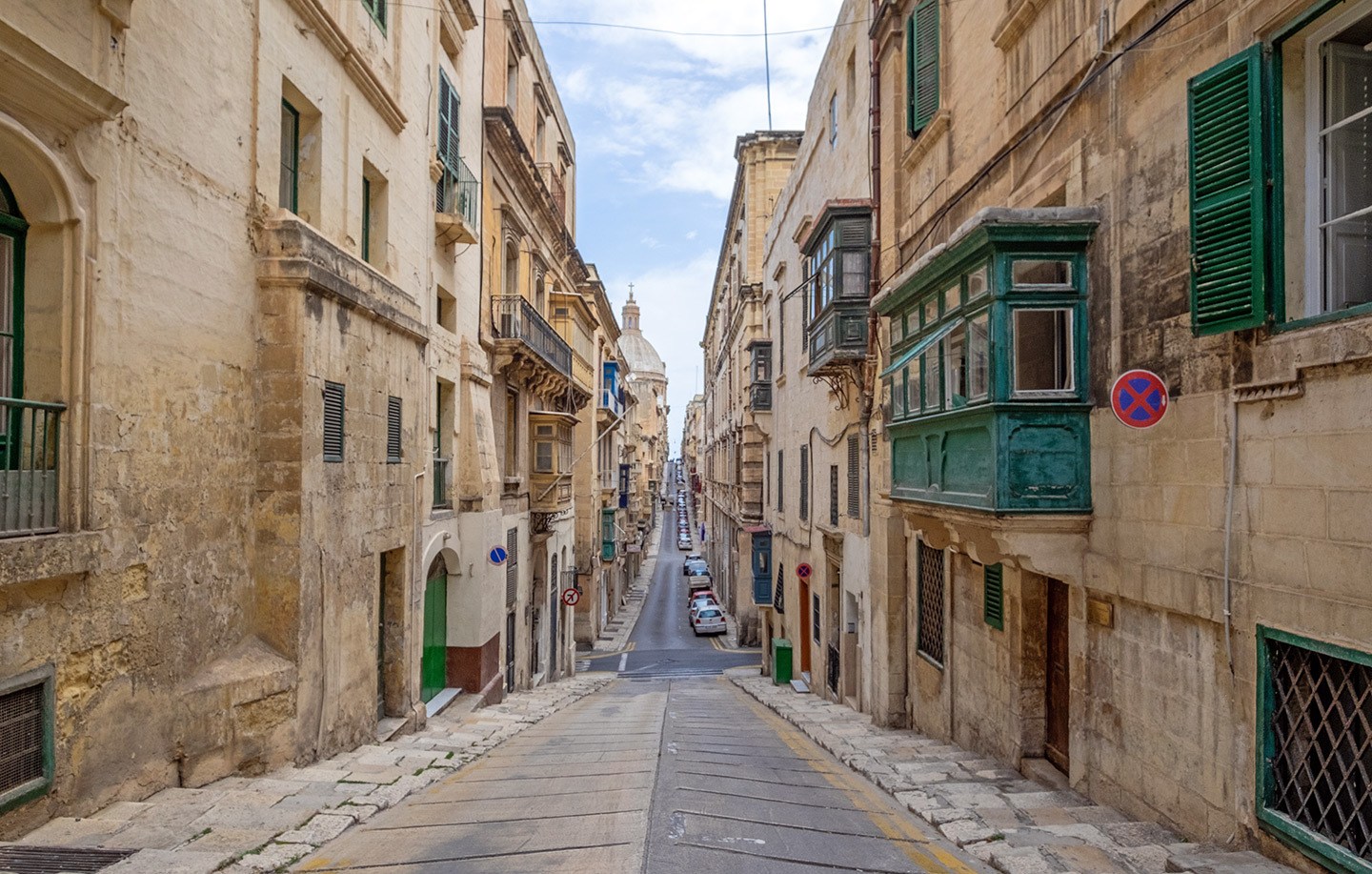 Valletta was built by the Knights of Saint John in the 16th century, and you can still see a lot of original buildings. One of the city’s earliest and biggest buildings was the Grandmasters’ Palace. It was where the most senior Knight lived and was used for Malta’s parliament until recently.

The palace is still the official residence of the Maltese president but part of it is open to visitors too. There are five grand staterooms you can visit, which are decorated with tapestries and artworks, as well as the palace armoury. Entry to the palace costs €10 (€7.50 concessions), the Museum of Archaeology costs €5 (€3.50) and the War Museum €10 (€7.50). 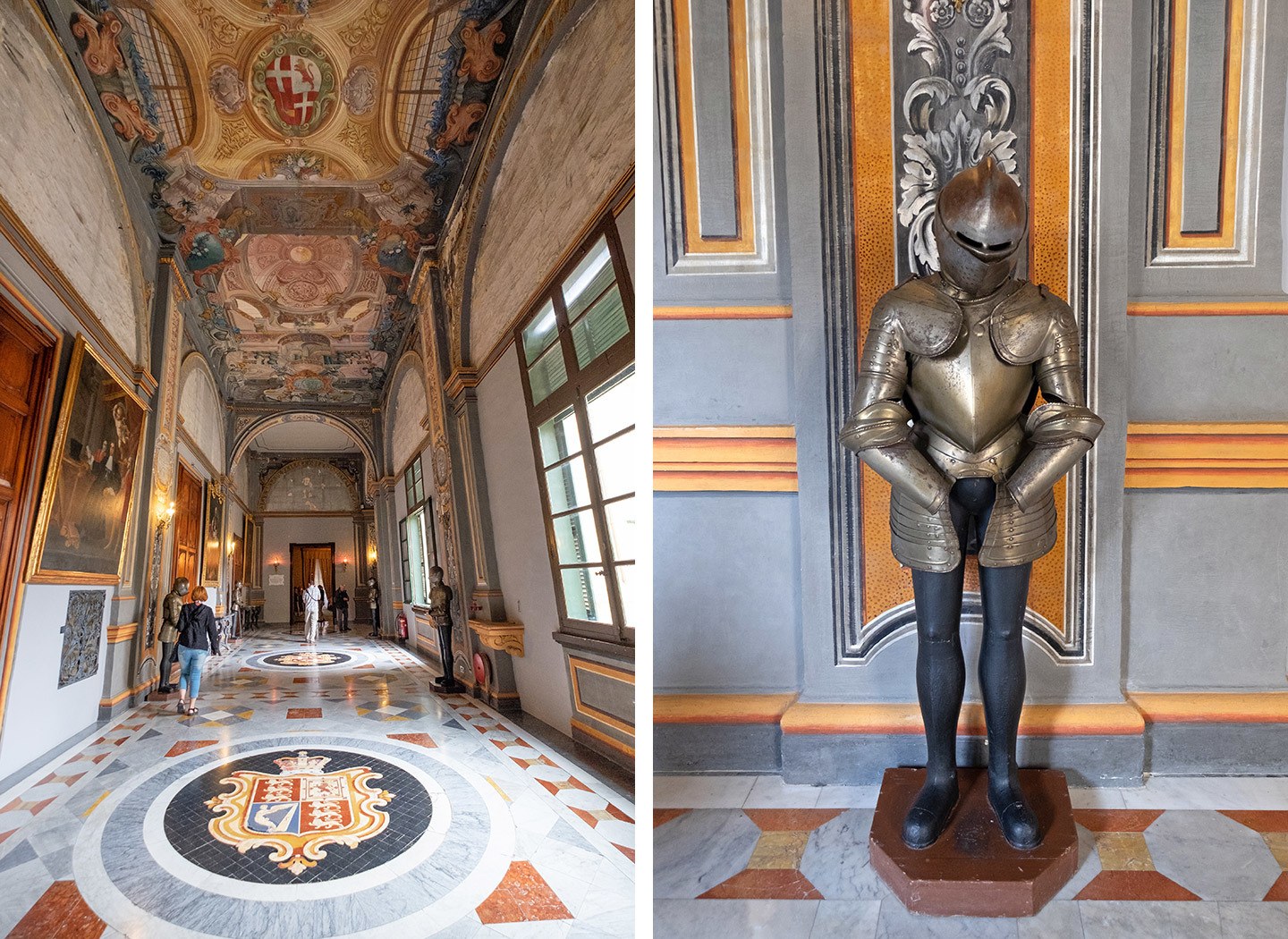 Take to the water on a boat trip

Valletta is surrounded by water, and a boat trip is one of the essential things to do in Valletta, with various different options you can take. Quickest are public ferries, which shuttle people over to Sliema from one side of the peninsula and the Three Cities from the other.

The journey doesn’t take much longer than five minutes and costs €1.50 (€2.80 return) but the views along the way are stunning. For peak photography timing, head to the Three Cities in the morning and Sliema around sunset to see Valletta in the best light. Though beware that if the weather’s rough or the swell’s too high then the ferries don’t run. 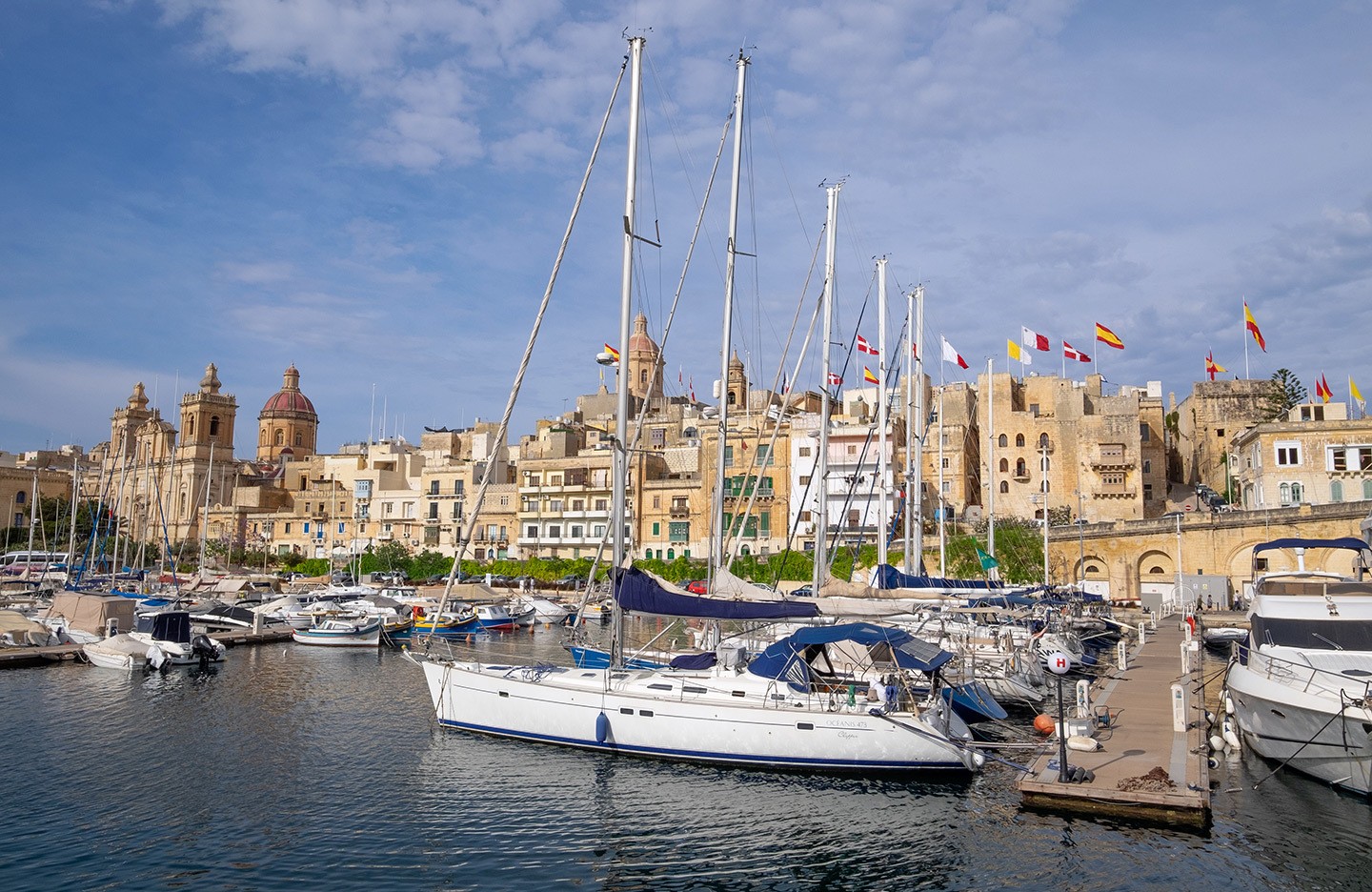 Ferry views on the way to the Three Cities

There are also longer cruises available which take you all the way around the harbour with a commentary about Valletta’s history (usually around €15 for an 60/90 minute cruise). There’s a choice between normal ferry-style boats and some smarter sailing ships. Or if you want to try something uniquely Maltese, then how about a trip on a dgħajsa? These tiny traditional fishing boats are painted in bright red, blue and yellow colours. They were originally used to ferry sailors from their ships to land but now take visitors on tours around the harbour. 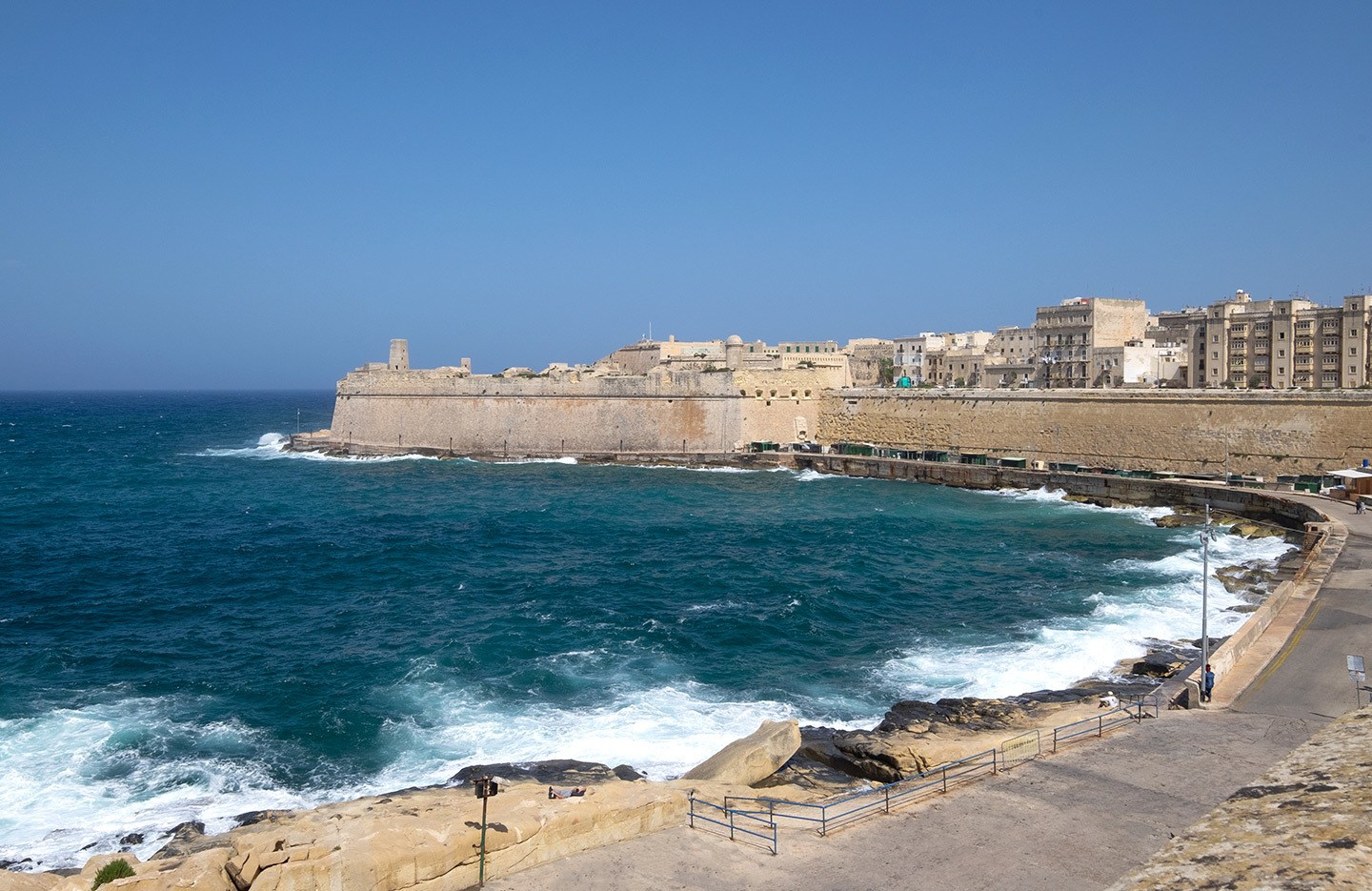 Looking out to sea

The Three Cities of Vittoriosa, Senglea and Cospicua might technically be separate from Valletta, but as they’re just across the harbour they’re near enough for me! This was where the Knights of Saint John based themselves while they were building Valletta, so they’re older than the main city, but have a similar style and feel – just with a lot less people.

If Valletta ever starts to feel a bit too busy, then it’s only five minutes on the ferry over to Vittoriosa (aka Birgu) where you can almost have the streets to yourself. It’s a peaceful place with lots of colourful doors, tubs of flowers, wrought ironwork and narrow paved streets. 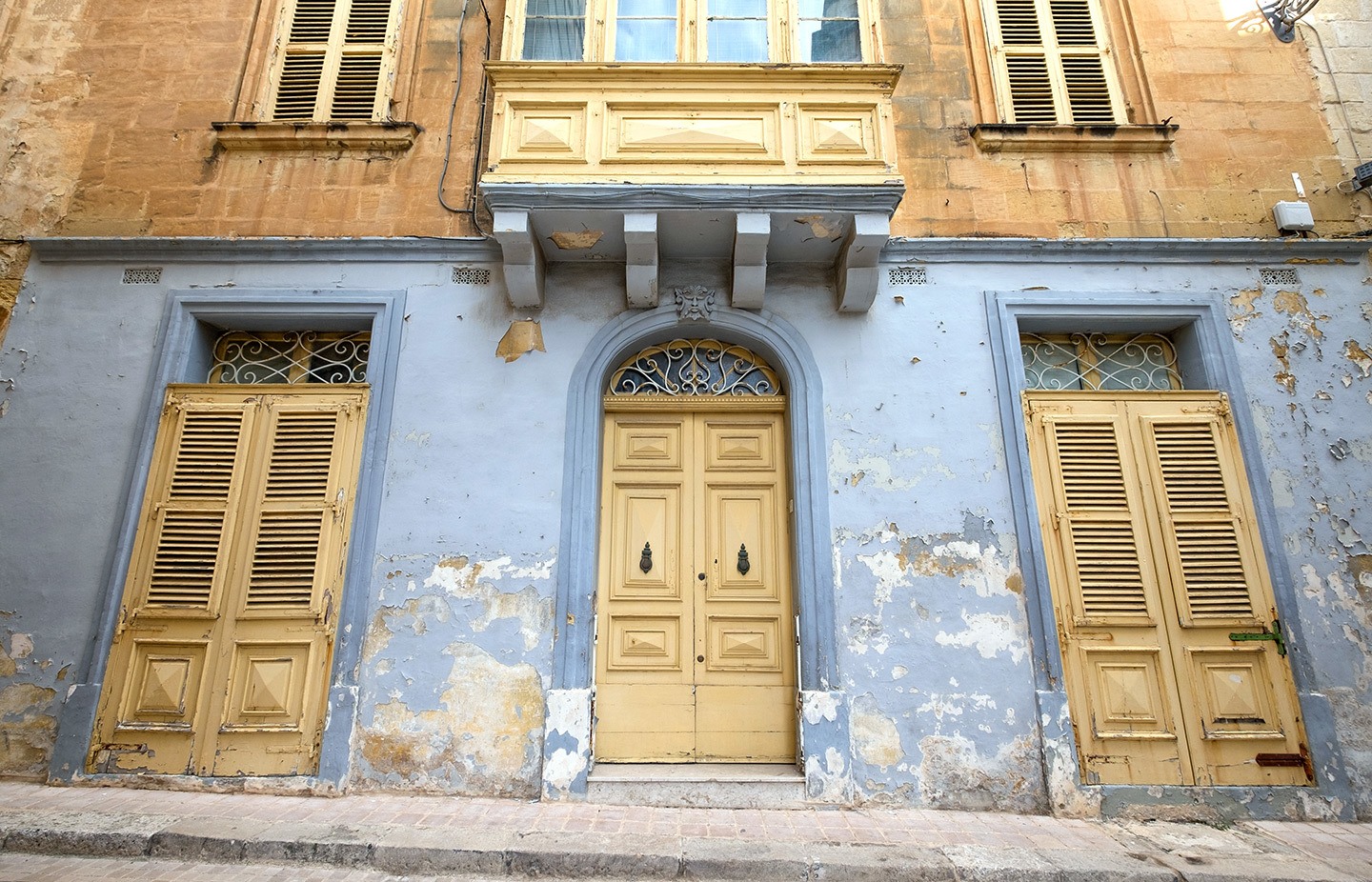 Each of the Three Cities has a mix of forts, bastions and churches to explore, as well as great views back across the harbour to Valletta. They’re not quite so sleepy all year though – if you’re visiting at Easter then there’s a spectacular procession with crowds of people as statues of the ‘Risen Christ’ carried through the streets. There’s also a more modern waterfront promenade where you can check out some of the superyachts lined up in the harbour and grab a sunset beer or glass of wine in one of the marina’s bars and restaurants. 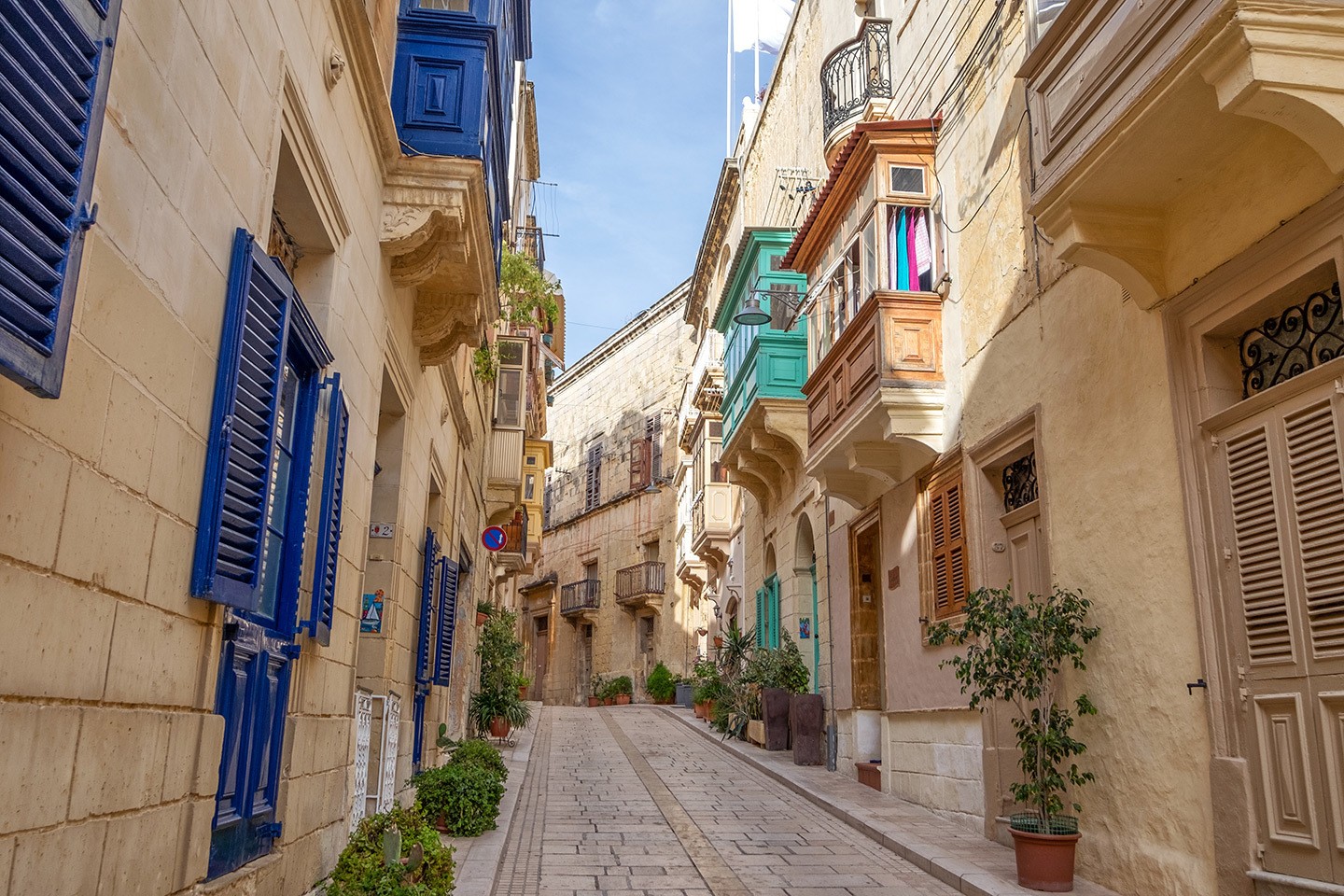 Where to stay in Valletta

The Saint John is a boutique hotel with a cool industrial style and lots of high-tech features in a traditional old merchants’ house. It’s right in the middle of the historic heart of Valletta so it’s really easy to get everywhere. The hotel has 21 rooms which are set around a central courtyard, some with balconies looking out over the city. Double rooms start from €210 a night.


Where to eat in Valletta

There’s a good selection places to eat in Valletta, but it can get busy so it’s a good idea to book in advance for dinner. We loved cosy Papannis for tasty Italian food, tucked away down a side street, and also had fantastic fresh seafood overlooking the harbour at Porticello. Also recommended are Rampila, built into the city walls with a terrace outside and a cave-like restaurant inside, and Caffe Cordina – a local institution which has been serving coffee, cakes and Maltese specialities since 1837 in a historic palazzo with a shady terrace. 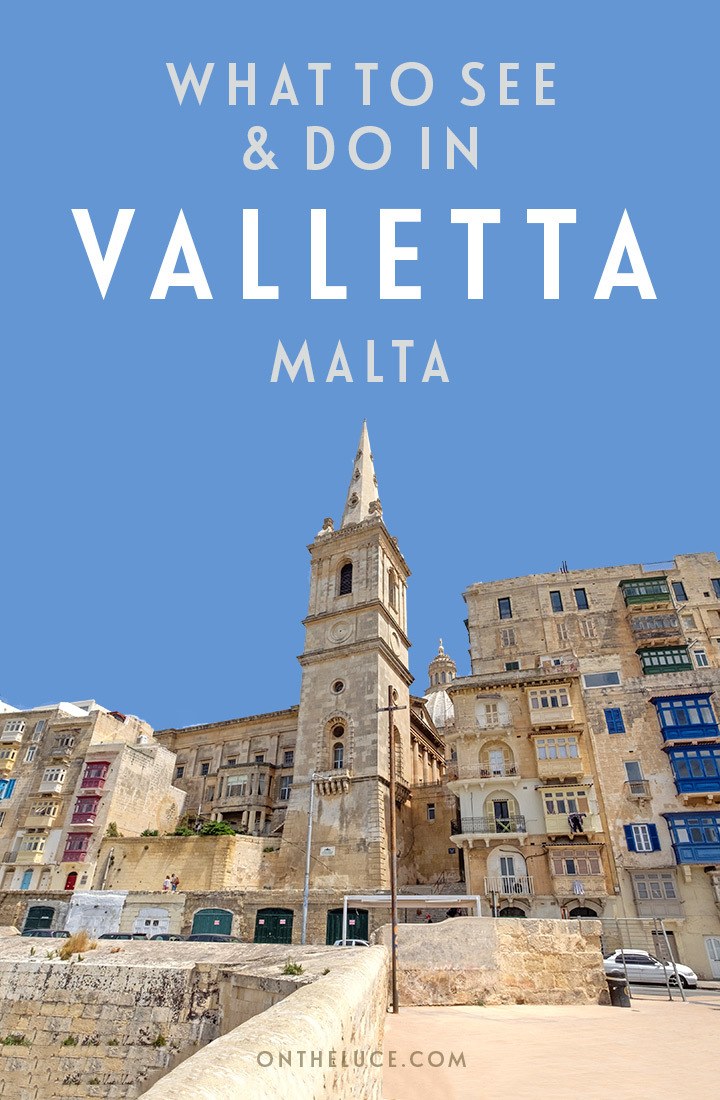 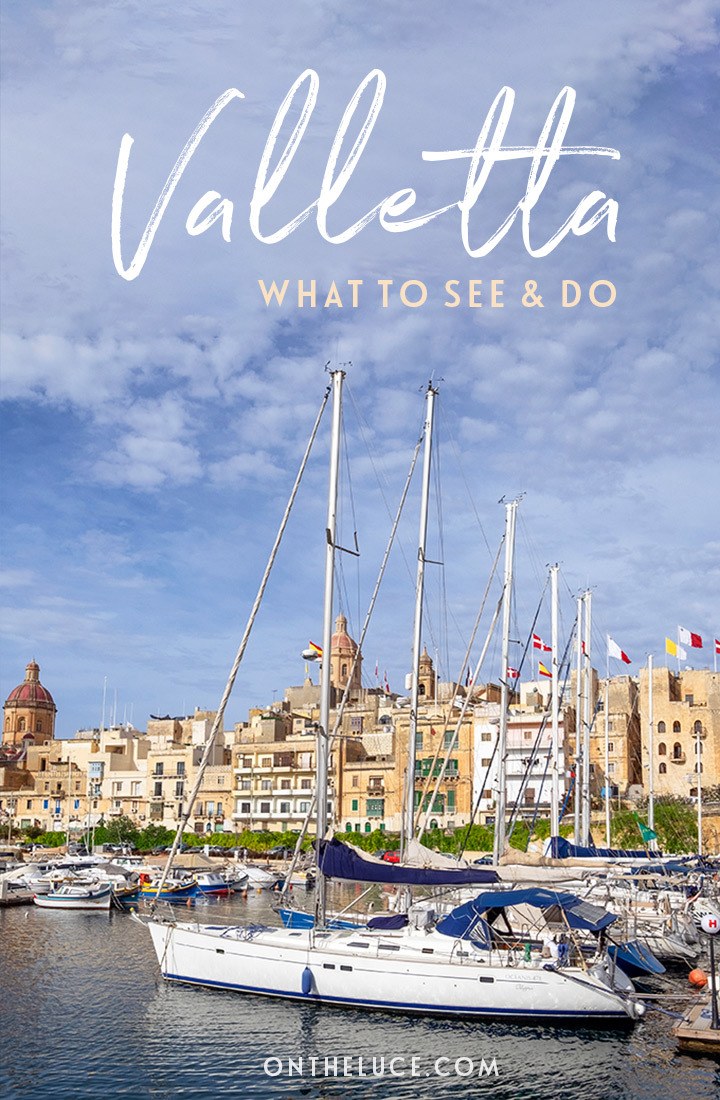 Thanks to The Saint John for hosting us. All views and opinions are, as always, my own. This article contains affiliate links, where I get a small commission at no extra cost to you, thanks.