A first-time cruise in the Eastern Mediterranean 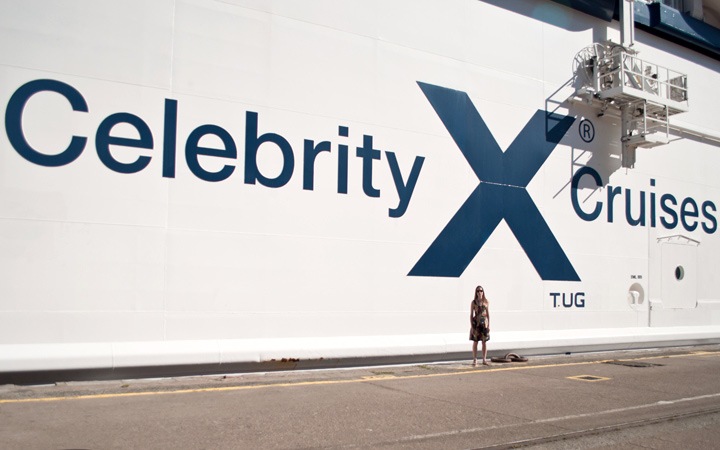 As part of my mission to ‘Take 12 Trips’ in 2014, I’m taking at least one trip each month – which can be anything from a local day out to an international trip. So far this year my trips have taken me from the North of England to the souks of Morocco, back to my old hometown of London and on a culinary journey to Catania in Sicily. But June saw me trying out a whole new travel style on my first cruise. My mum and I spent a week sailing through the Eastern Mediterranean, from Venice down to Istanbul, on board the Celebrity Cruises ship Equinox. The route took us through a mix of destinations across Italy, Croatia, Greece and Turkey – from historic walled towns to modern cities, from beach resorts to ancient archaeological sites. 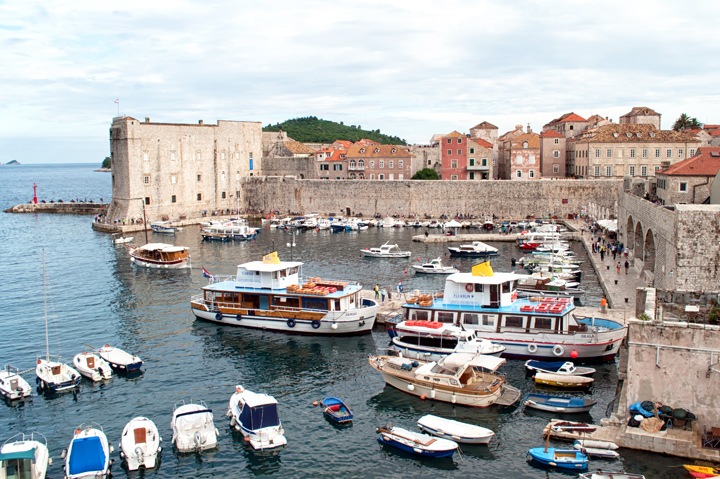 Looking out over Dubrovnik from the city walls

But before that, the first destination to explore was the ship herself. I’ve often heard cruise ships compared to five-star hotels and there’s definitely some truth in it. The last time I had a cabin on a ship it was a bunk-bed on a ferry across the Channel to France, and this was worlds apart. Our sixth-floor cabin had a big en suite bathroom and a desk and sofa, as well as little touches like bath robes and free room service. And the best bit – our own balcony with two loungers where we could sit looking out to sea.

But what really made it a five-star experience was the staff. There’s almost one staff member for every two passengers, and they come from all over the world (everyone’s name tag has the country they are from listed too which was a nice touch). Throughout the ship every single person we met – whether they were cleaning the rooms or in charge of the entertainment – stopped to smile and ask you how we were. It wasn’t the kind of false-sounding ‘I’m after a big tip’ service you can get sometimes either, instead it felt like everyone genuinely wanted you to have a great time while you were on board. 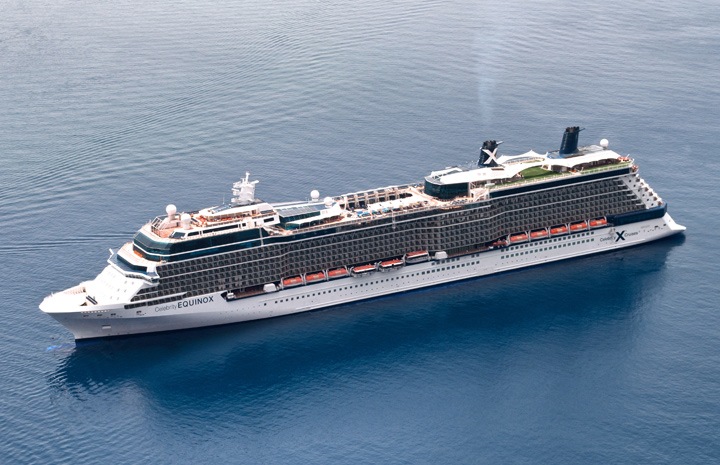 There’s a lot more to the ship than your room though – I’ve lived in towns where there was less to do that there was onboard the Celebrity Equinox. The scale of the ship is hard to get across until you get there. The public areas stretch over 12 floors, with glass lifts whizzing people up and down through a light-filled central atrium. There are something like ten restaurants and as many bars, with food and drink available all day, with anything from French-style fine-dining to a burger by the pool. There are indoor and outdoor pools, a spa, casino, library, two-story theatre, glass-blowing studio and even a lawn on the top deck.

As you wander around it’s easy to forget that you’re on a ship – particularly as you can hardly feel it moving. My number one fear about cruising was getting seasick. I picked a route without any full days at sea to break me in gently and we did have pretty calm weather, but even so it was so smooth that one evening we had to double check as we thought we’d completely stopped moving. 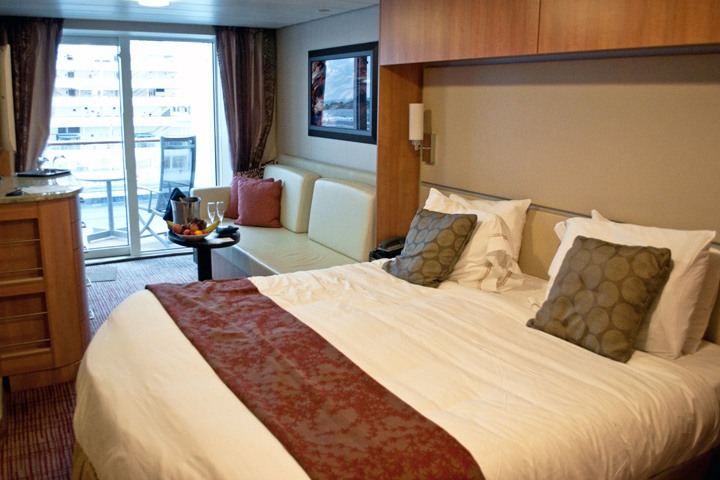 Our cabin – or rather stateroom!

There’s always something going on on board, but there’s also always somewhere you can escape from it all if you want to. And the people on board were a big mix of ages and nationalities, though the one thing you didn’t find many of was first-time cruisers. Despite asking everyone we met, we couldn’t find any – most people were at least on their fifth time plus, so it looks like it can get addictive. 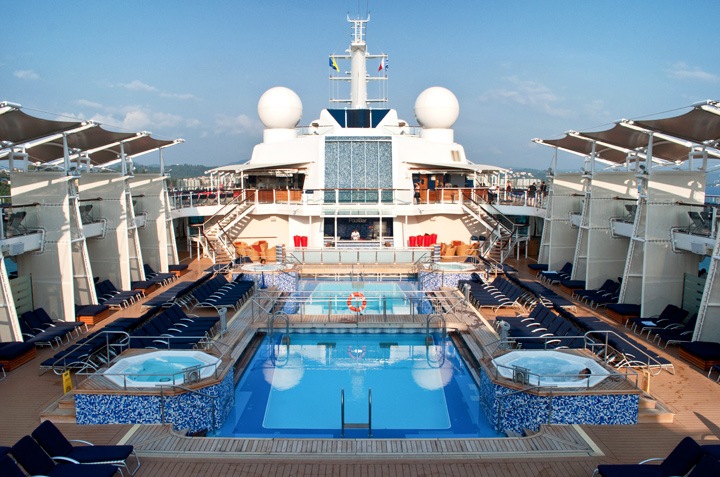 The pool on board the Celebrity Equinox

One of the best things about a cruise is waking up in a new destination every day, with a different view out of the window each morning. That and sitting on our balcony, right at the back of the ship, with a glass of wine as we sailed out of port at the end of the day, watching the land get smaller and smaller behind us. But obviously moving on all the time does come with a few downsides too. We usually got eight or nine hours in each destination, but when you factor in the time getting on and off ship that cuts it down further. And other than the last night, we normally set sail around 6pm so you don’t get to spend the evenings in any of the places you visit. The sudden influx of people can mean some of the destinations get overcrowded too, especially when there is more than one ship in the port at the same time. 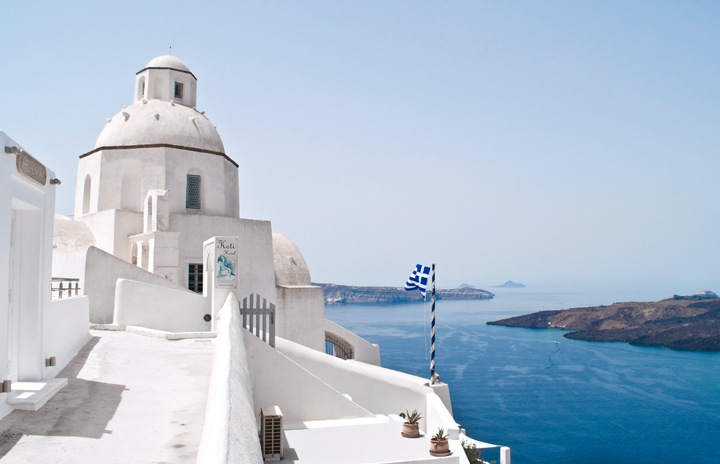 But for us the trip was a great way to try out new destinations. I wouldn’t say I’d ‘done’ Corfu, or Dubrovnik, or the other places we visited. But I did get a taster, and where I fell in love with a place – Santorini, I mean you – I know I’ll be back to see more. The nature of the cruise routes also mean that you get to visit a few places that you might not otherwise have gone to. One of my favourite days of the trip was exploring the site of the original Olympic Games in Greece, but Olympia was never on my travel wish-list and I doubt I’d have ever made it there if it hadn’t been on our route. It’s a good mixture between visiting places you’ve always wanted to see and pushing yourself beyond what you think you like to try something new. 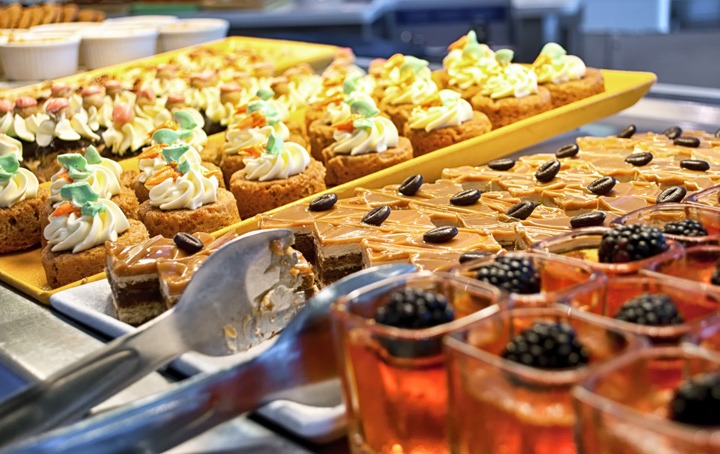 Too tempting – this is probably why people put on weight on cruises!

So the big question is would I do another cruise? Definitely. It would never be the only way I travel – I’d want to mix it up with slower travel too – but it’ll be an option in the future for sure.  And especially so in areas where it’s not that easy to travel independently, like through the Caribbean islands, or in places like Alaska where the views along the journey are a big part of the trip.

I’ll have lots of posts to come about my cruising experiences on and off the ship – including a Q&A post for first-time cruisers, so if you have a question do let me know. Then next month I’m on another European journey, this time travelling by rail from Strasbourg through the Alps to Vienna. Are you taking part in the #Take12Trips challenge and where are your travels taking you in July? 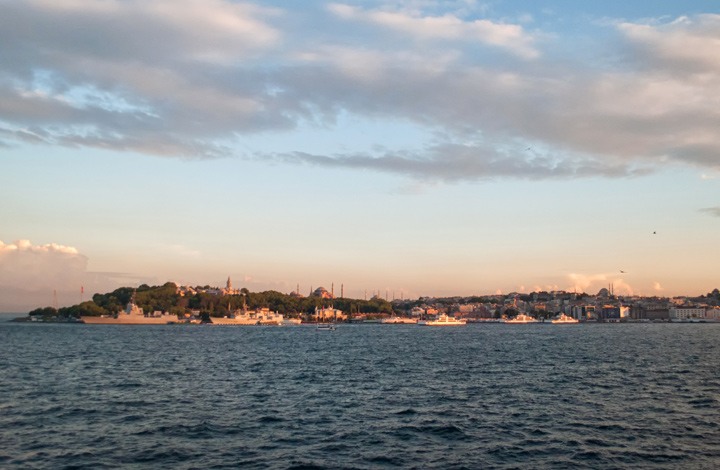 The sun sets over Istanbul on our last night on board 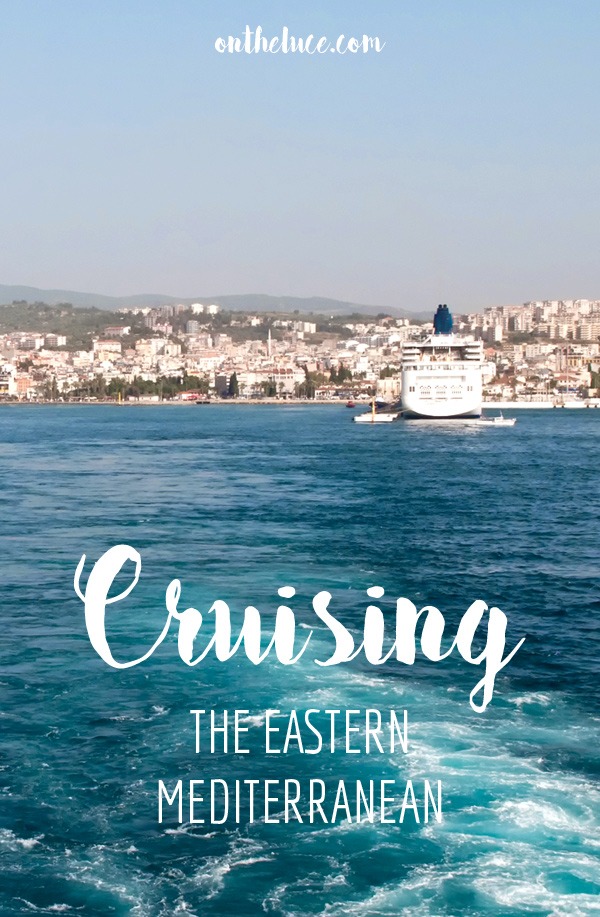 Many thanks to Celebrity Cruises for hosting my mum and I on their Venice to Istanbul cruise. All views and opinions are, as always, my own.