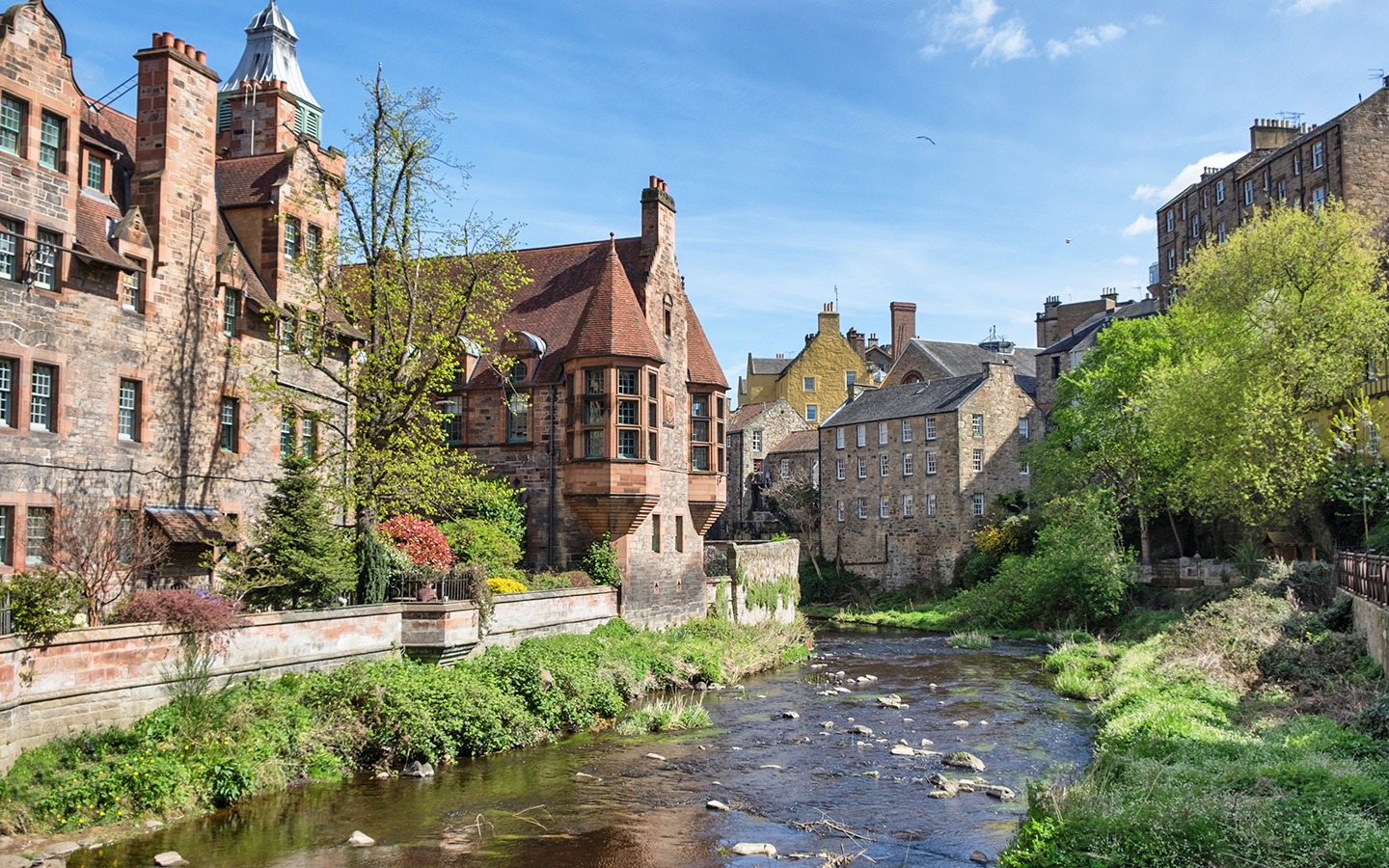 Overflowing with fantastic history, views, music and culture, Edinburgh is quite rightly one of Europe’s most popular city breaks. It’s packed with big-name attractions. But what happens when you’ve already visited the Castle, listened to the bagpipers on the Royal Mile, been whisky tasting and left a stick at Greyfriars Bobby’s grave? What can you do on your second visit to Edinburgh, or your third or fourth? Or what if you are looking for Edinburgh’s more quirky side? Here’s my pick of the best unusual and alternative things to do in Edinburgh.

Alternative things to do in Edinburgh 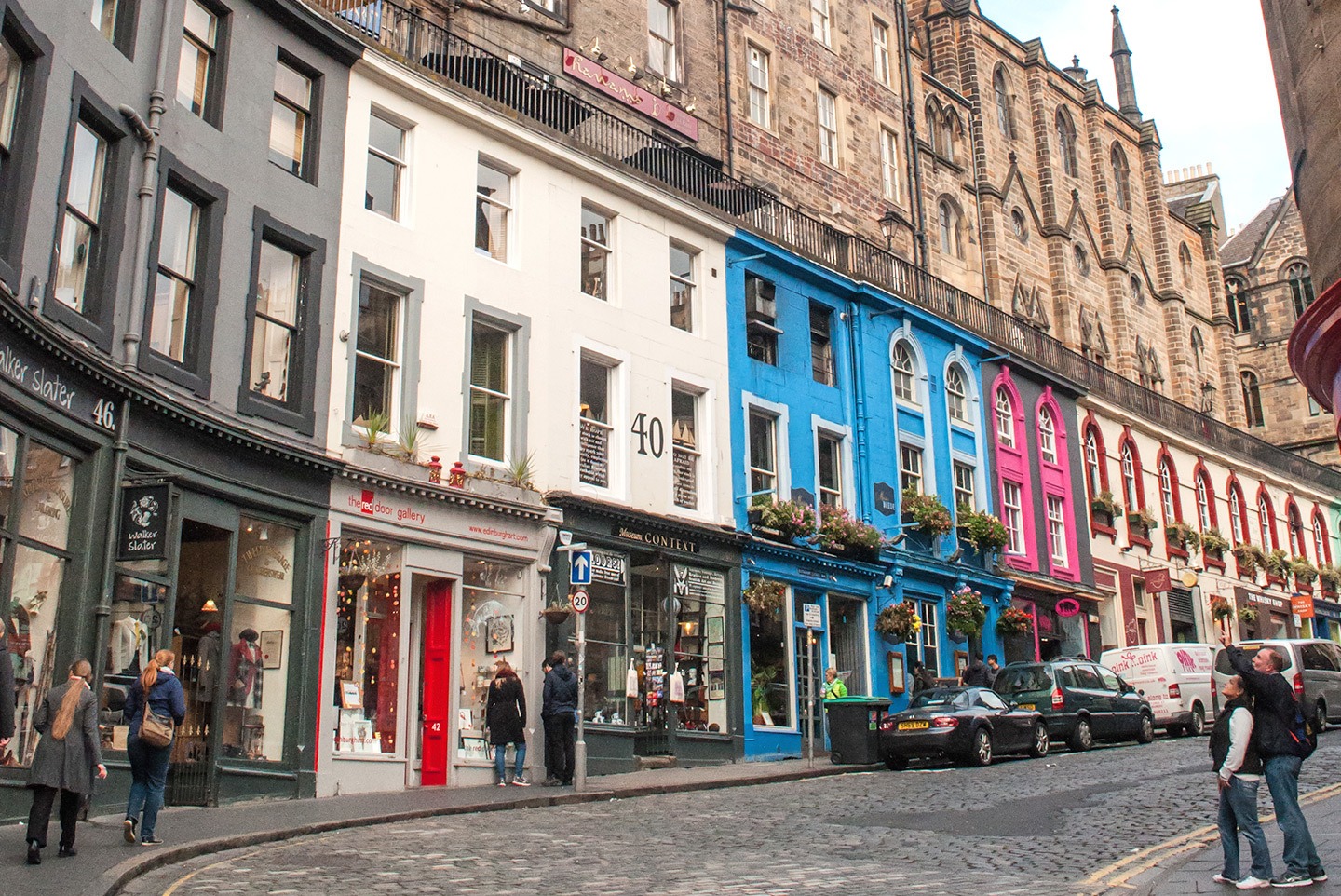 Think of Scottish drinks and you no doubt think of whisky. There are over 100 distilleries around the country and there’s even a whole museum in Edinburgh dedicated to it – the Scotch Whisky Experience. But these days gin is hot on whisky’s heels for the title of Scotland favourite spirit. Gin distilleries have sprung up all across the country, including two distilleries which are located right in the heart of Edinburgh –  Edinburgh Gin and Pickering’s Gin.

Both distilleries run tours where you can find out about gin’s murky history and learn how it’s made. At Edinburgh Gin you can also design your own gin in a gin-making session. Or if you prefer tasting, the distillery tasting room becomes a bar called Heads & Tales at night. And the nearby Jolly Botanist has 72 gins on their menu, including brands from all over Scotland. 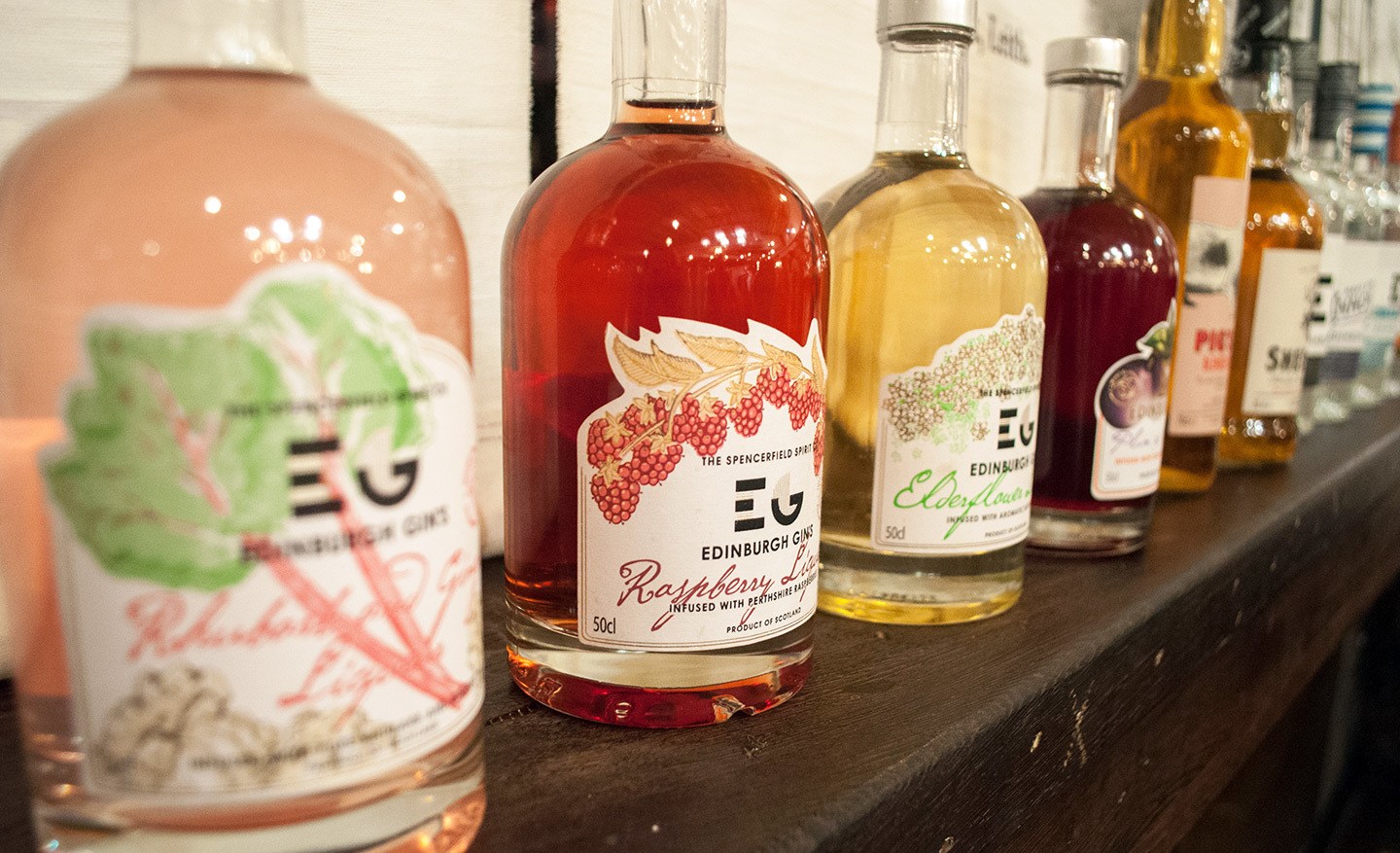 Walked along the Royal Mile? Tunnel underneath it

The Royal Mile is Edinburgh’s most famous street, running right through the Old Town from the Castle at one end to Holyrood Palace at the other. But it’s not a mile as we know it – an old Scots mile was 200 metres longer than a modern mile. It’s packed with historic buildings, souvenir shops – and people. But if the crowds and busking bagpipers get too much for you, you can head beneath the Royal Mile to the underground streets of Mary King’s Close.

In the 17th-century, narrow streets called closes filled the Old Town. Many were knocked down, but Mary King’s Close was preserved when the Royal Exchange was built on top of it. You can wander through the buried streets and hear the stories of the people who lived there, from plague outbreaks to ghost sightings. Mary King’s Close isn’t the only way you can go underground in Edinburgh – you can also take a tour of the spooky vaults below South Bridge.

Visited the National Museum of Scotland? Try some of Edinburgh’s quirkier museums

The National Museum of Scotland is one of the 20 most-visited museums in the world, with over 20,000 artefacts from Scottish history, culture and nature. Best of all it’s free to enter, you just have to give a donation. And make sure not to miss the hidden roof terrace for great views over to the Castle – just look for the Terrace Lift in the Kingdom of the Scots gallery. But there are plenty of smaller and quirkier museums to explore around Edinburgh too.

There’s the recently revamped Surgeons’ Hall Museum with gory exhibits like anatomical specimens in jars and a book covered in the skin of 19th-century murderer William Burke. You can also rediscover your favourite toys at the Museum of Childhood, learn about money at the Museum on the Mound or uncover the secrets of the Masons at the Grand Lodge of Scotland. 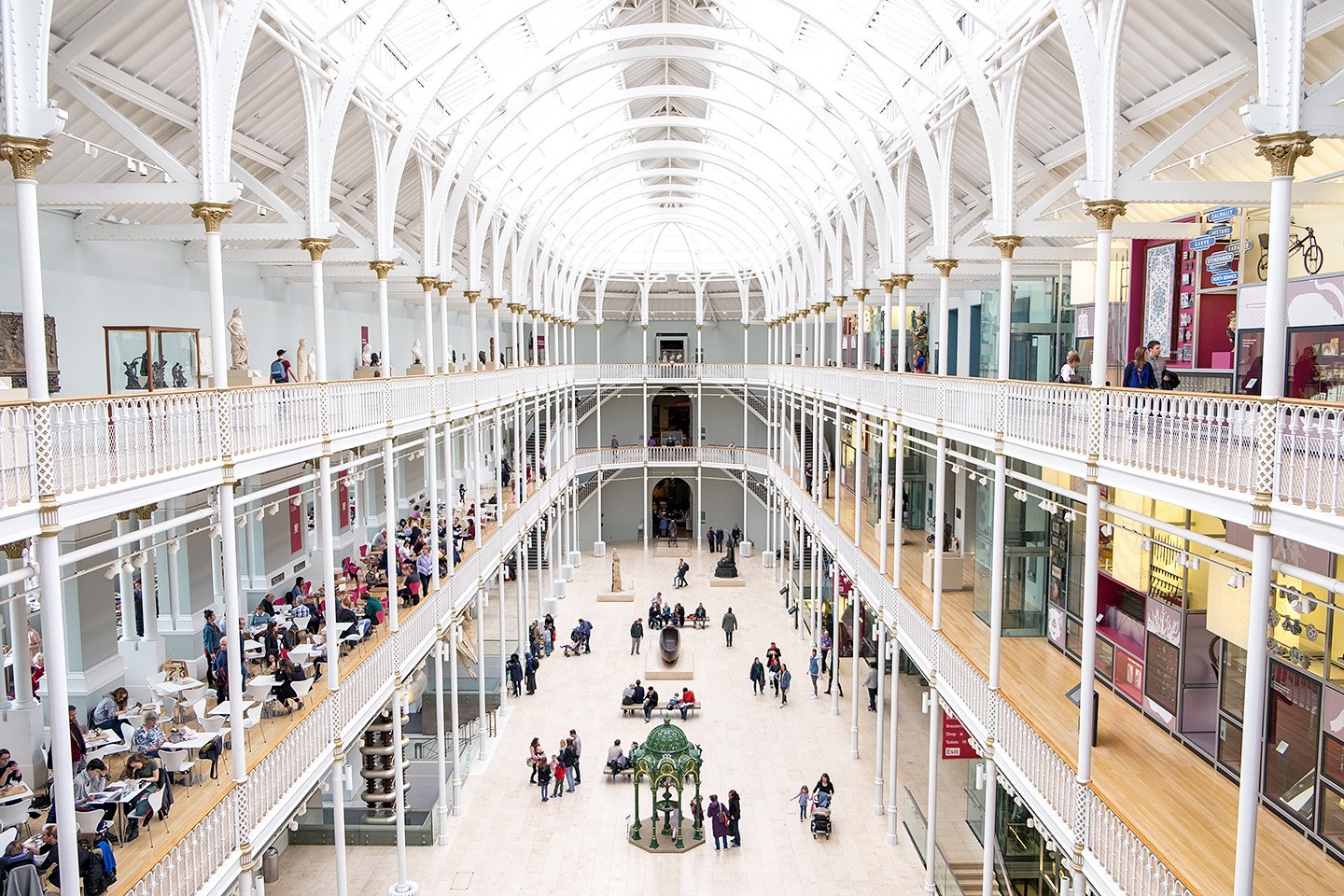 Inside the National Museum of Scotland

Hiked up Arthur’s Seat? Walk the Water of Leith

The hike to the top of Arthur’s Seat is a must-do on a sunny day in Edinburgh. This ancient volcano sits 250 metres above the city with panoramic views across Edinburgh and beyond from the top. There’s a choice of different routes to get to the summit – you can choose one based on how energetic you are and how much time you have. But if you fancy something a bit easier (and flatter), the Water of Leith Walkway is one of the city’s prettiest walks.

The full route runs for 12.25 miles from the village of Balerno at the foot of the Pentlands to the docks at Leith. But one of the most beautiful sections is close to Edinburgh’s city centre, from the Scottish National Gallery of Modern Art to the Botanic Gardens. The path goes through Dean Village and Stockbridge along shady paths past historic mill buildings, bridges and waterfalls. With wildlife like kingfishers and herons along the way, it’s hard to believe you’re still in the city. 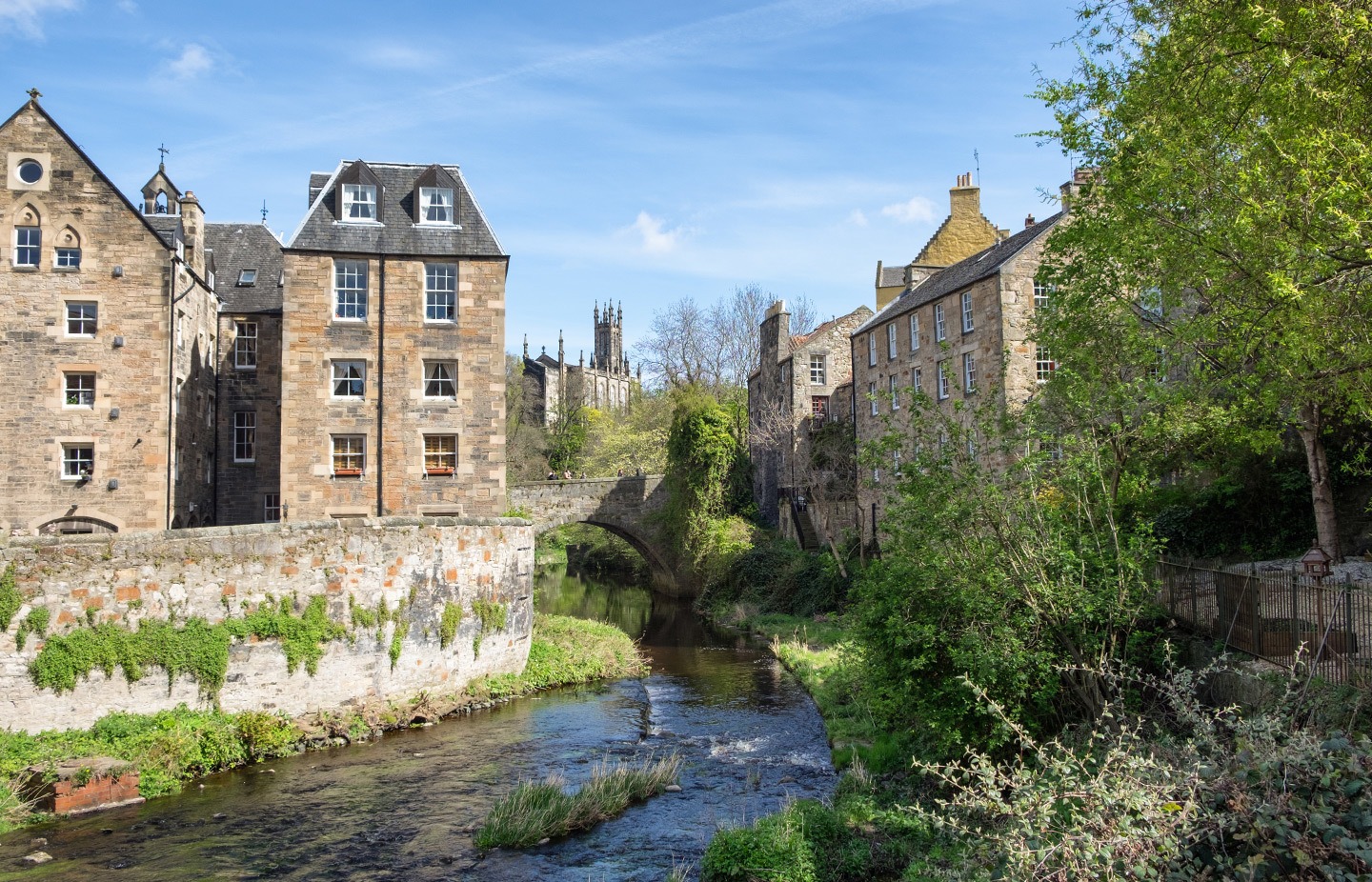 Along the Water of Leith at Dean Village

Not far from the Old Town, Edinburgh’s West End is full of independent shops, bars and restaurants, centred around cobbled William and Stafford Streets. But if you want to go a bit wilder, there’s a patch of southern Edinburgh which takes you back a century and a few thousand miles to the Old West. This row of buildings tucked away off a residential street in Morningside (EH10 4QG) comes with a saloon, jail and cantina. Or does it?

The frontages were actually built in 1995 by a businessman who owned a southwest-style furniture business in Morningside. Two of his employees had previously worked for Disney so he let then go to town out the back of the store and create a mini patch of the southwest USA in Edinburgh. The store is long gone now but the street is still there, and it’s used for workshops, student film projects and the cantina doubles as Morningside Library’s fire door. 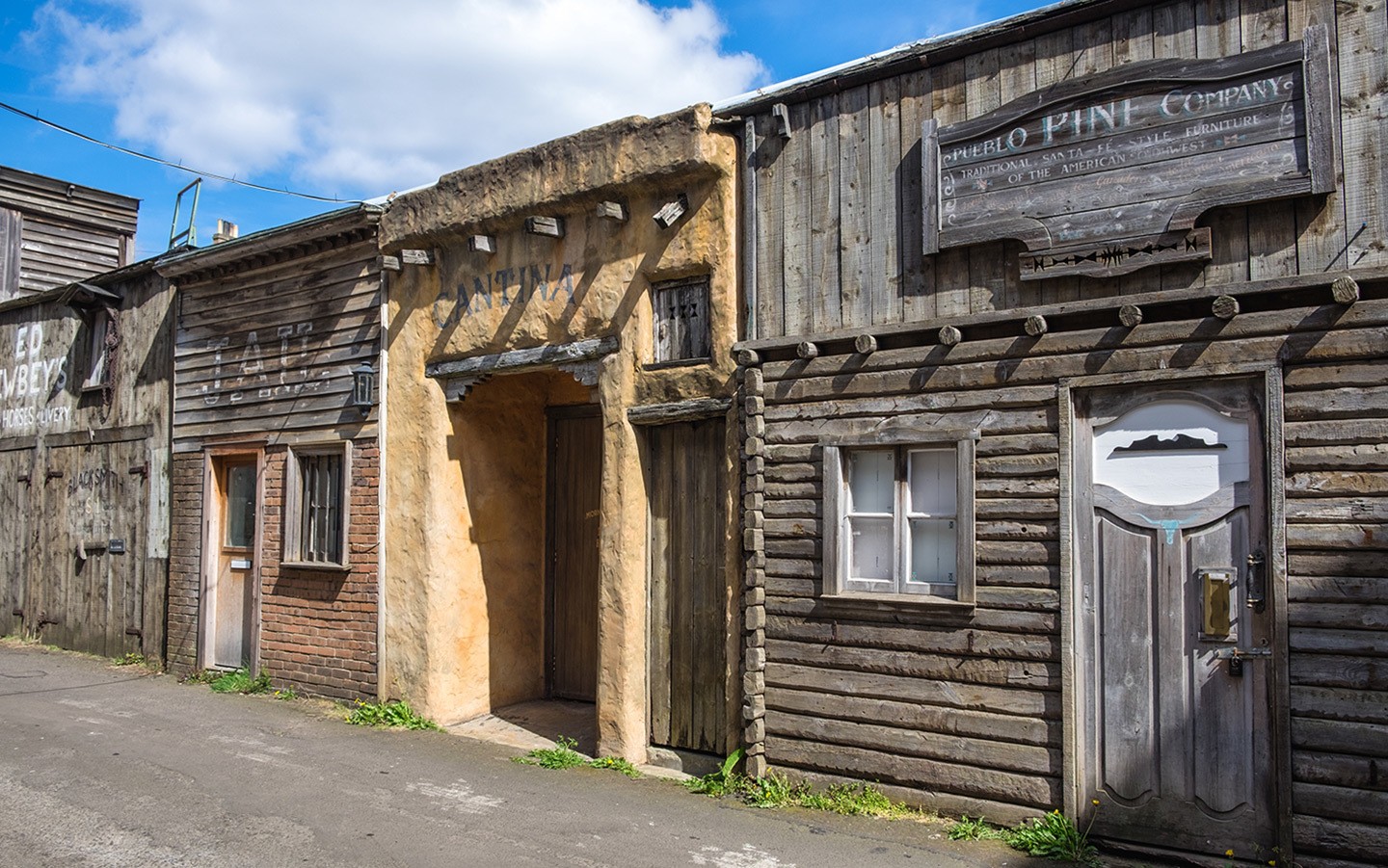 Been on board the Royal Yacht Brittania? Set sail to Inchcolm Island

The Royal Yacht Brittania was Queen Elizabeth II’s floating royal residence for 40 years and sailed over a million miles around the world. Today she’s docked in Edinburgh’s Ocean Terminal and you can take a tour to see how the Royal Family sailed in style. But if you’d rather set sail yourself, take a three-hour boat trip to Inchcolm Island, a few miles off shore from Edinburgh.

The island is home to some of Scotland’s best-preserved monastic buildings as well as old wartime defences, and you can spot wildlife like seabirds, seals and porpoises there too. The boat tours leave from South Queensferry, which is north-west of the city centre. Take the train to Dalmeny Station (15 minutes) or the no 43 bus from St Andrew Square (35 minutes). You sail underneath the Forth Bridge and out along the Firth of Forth to the island, where you have 90 minutes to explore, with great views back towards Edinburgh. 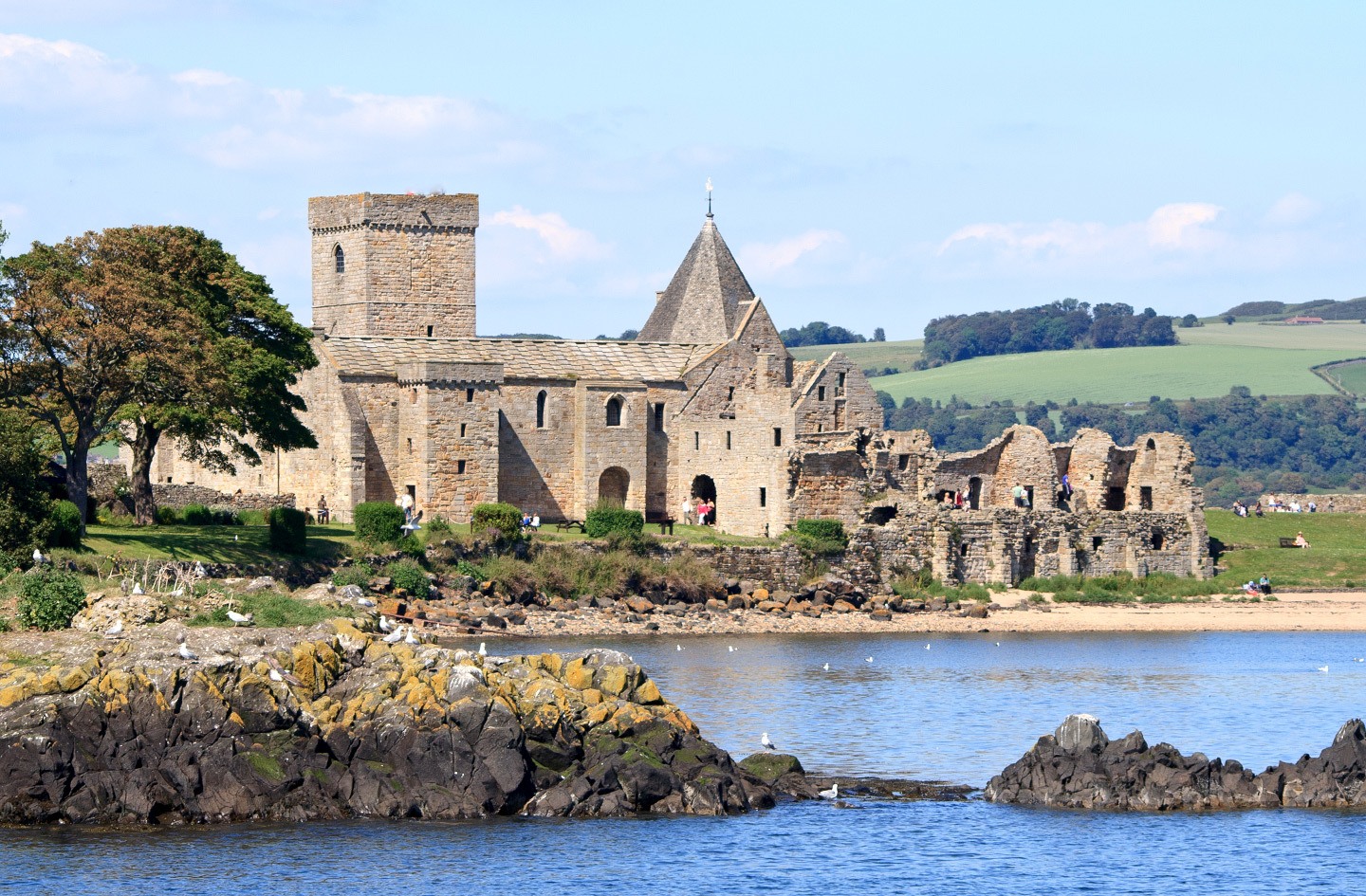 What are your favourite hidden gems and alternative things to do in Edinburgh?

Looking for somewhere to stay in Edinburgh? Great post! :) I've already been 2 times to Edinburgh but I had no idea about places like the Dean Village and the Wild West. They were day-trips of course, so didn't have much time to explore everything Edinburgh has to offer, but you gave me excellent ideas for the next time, thank you! :)

Hope it comes in useful – Dean Village is one of my favourite spots in Edinburgh, it really does feel like a whole different world!

Beautiful photographs and a nice compilation of alternative things to do in Edinburgh. We have visited Glasgow, Fort William, Inverness and Skye. Every time we are in Scotland, we end up visiting some other city and Edinburgh remains on the 'to-visit' list. Hopefully next year, we will be there!

Thanks – sounds like you've had some great Scottish trips so far. Fort William and Inverness are both on my list for next time I'm up there, though I always find it hard to drag myself away from Edinburgh!

Awesome post! There are so many things to explore in the UK, from the south west to London, the midlands and the north, all the way to Highlands and islands. Each area has its own unique vibe and atmosphere. Edinburgh is a top destination for a really unique experience! Thanks for sharing this!

Thanks – yes Edinburgh is such a great city, my list of things to see and do there never gets any shorter!

Lovely post Lucy, glad you had such a good time in Edinburgh and some great picks! Big fan of Dean Village and the walkway myself, great place to slow down the pace.

Thanks Neil, it's such a lovely walk, I seem to get drawn there every time I visit Edinburgh!

I just found your blog and am so glad I did! Your photography is gorgeous, the posts are informative and interesting, and everything is nicely organized. I'm pretty new to the blogging world and still don't know much of what's out there. So, thank you for sharing your favorite blogs on your about page. I found it really helpful. Looking forward to reading more of your posts!

Hi Erin, thanks so much – that's lovely to hear, and best of luck with your blog too.