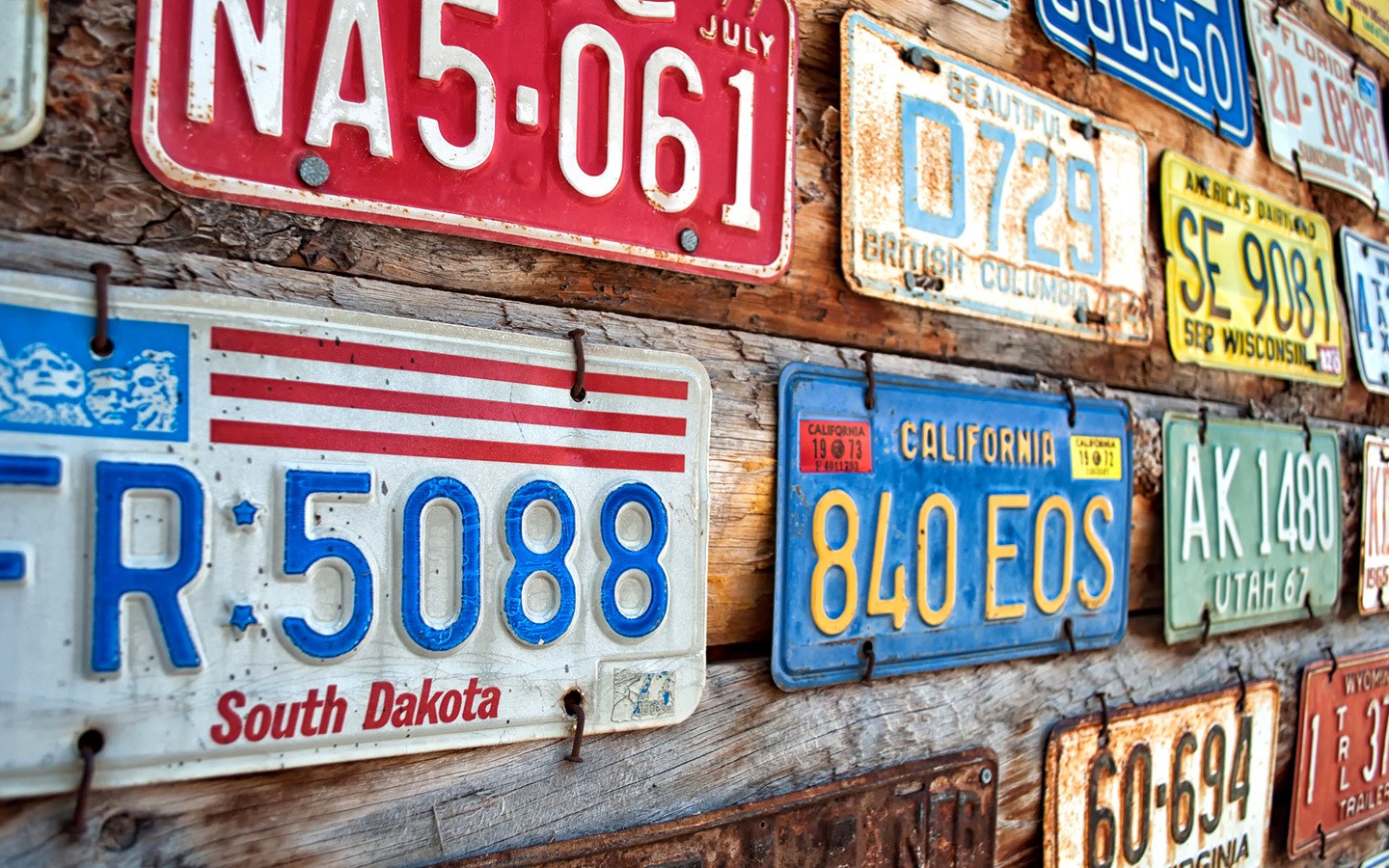 The American southwest is one of the classic road trip destinations. You’ve got National Parks, Wild West landscapes, Native American history and Route 66 roadside kitsch along the roads that criss-cross the states of Nevada, Arizona, Utah, Colorado and New Mexico. And on our two-week road trip we tried to soak up as much of it as we possibly could, covering over 2000 miles worth of the southwest’s tarmac while trying not to blow the budget along the way. This area’s got plenty of natural attractions that don’t cost too much to see, but we also picked up a few tips on how to save money on the road, as well as some general tips which will hopefully help you get the most out of a southwest USA road trip on a budget. 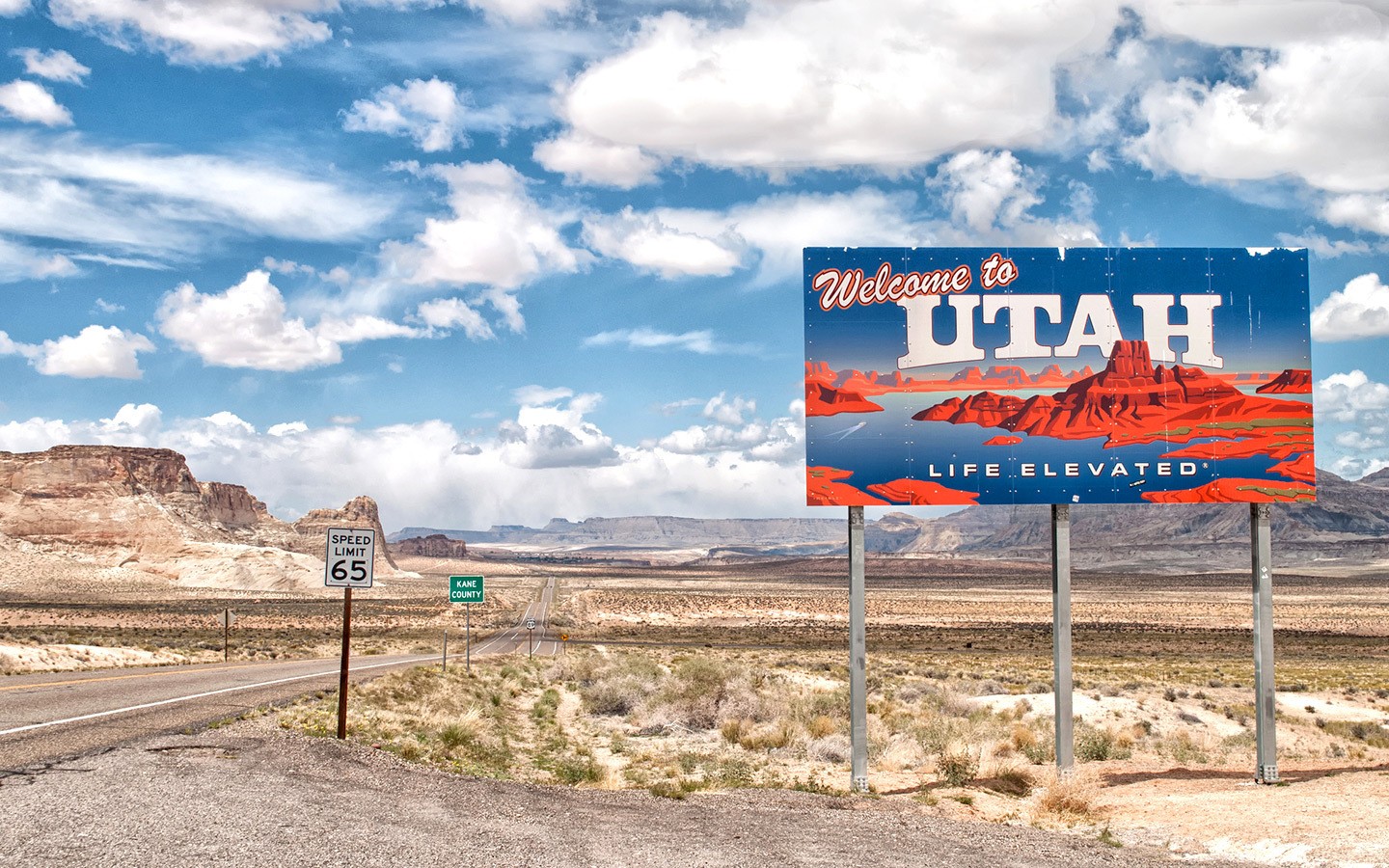 On the road at the Utah-Arizona border

Don’t try and do too much

The great thing about doing a road trip is that you can see so much, but it’s easy to overdo it and end up spending your whole time in the car. The huge size of the US means you’ll never see everything, so you need to prioritise. We tried to limit the number of long driving days so we were doing 200 rather than 500 miles in an average day. There were a couple of seven-hour driving days, but they were followed by at least two nights in one place afterwards. Staying multiple nights in each place where we could meant we weren’t constantly packing up every day and actually got to see a bit of the places we stopped at.

I’m not exactly known for my sense of direction so always use a GPS if I can. For my southwest road trip we downloaded maps onto a UK Garmin sat nav  which was cheaper than hiring one from the car rental company. It was incredibly useful in big cities like Las Vegas and Phoenix. But outside that it’s worth doing your own route planning as the GPS will usually take you the quickest, not the most interesting, route. Guidebooks and blogs are great for suggesting scenic routes or interesting stops along the way. 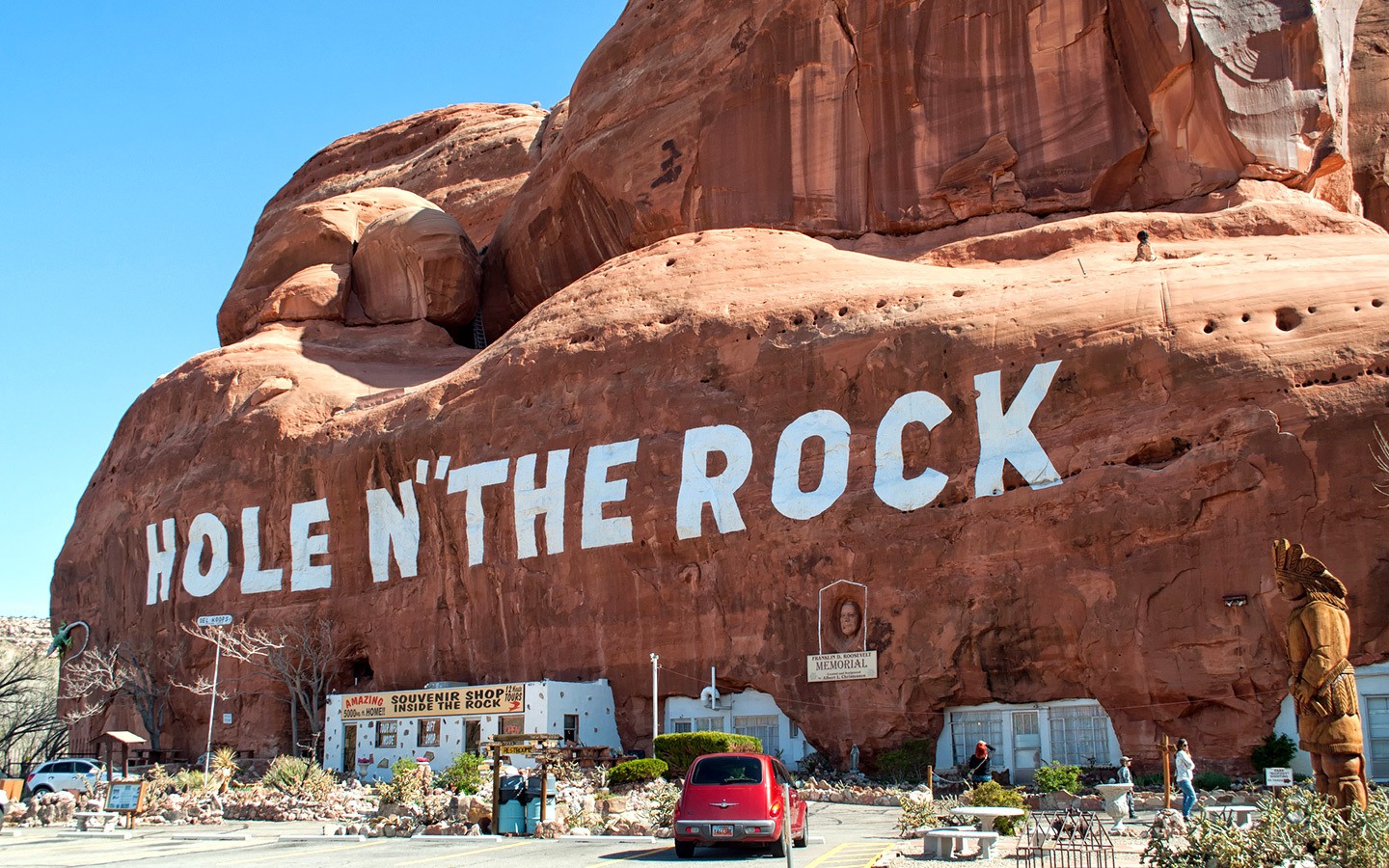 If the GPS said three hours, we allowed four. Although most of the time our journeys went to plan, we did hit a couple of snags like roadworks, thunderstorms and on one occasion the traffic being stopped to let a huge paddle-steamer being carried on a truck go past us. We didn’t want to be arriving into a new town in the dark so we aimed to arrive around 3pm when hotel check-in opened. One thing to beware of though is the time differences in the southwest. All states except Nevada use Mountain Standard Time (GMT -7) but Arizona doesn’t use daylight savings in summer so it’s an hour behind the others.

Mix it up a bit

The southwest is known for it’s amazing natural beauty, but after days of nothing but National Parks and scenic drives you can get a bit blasé about yet more gorgeous scenery. So we tried to mix up the itinerary a bit to include a few different experiences too, like volunteering at an animal sanctuary, going wine tasting in Arizona and visiting quirky attractions like a museum of old Western film sets. 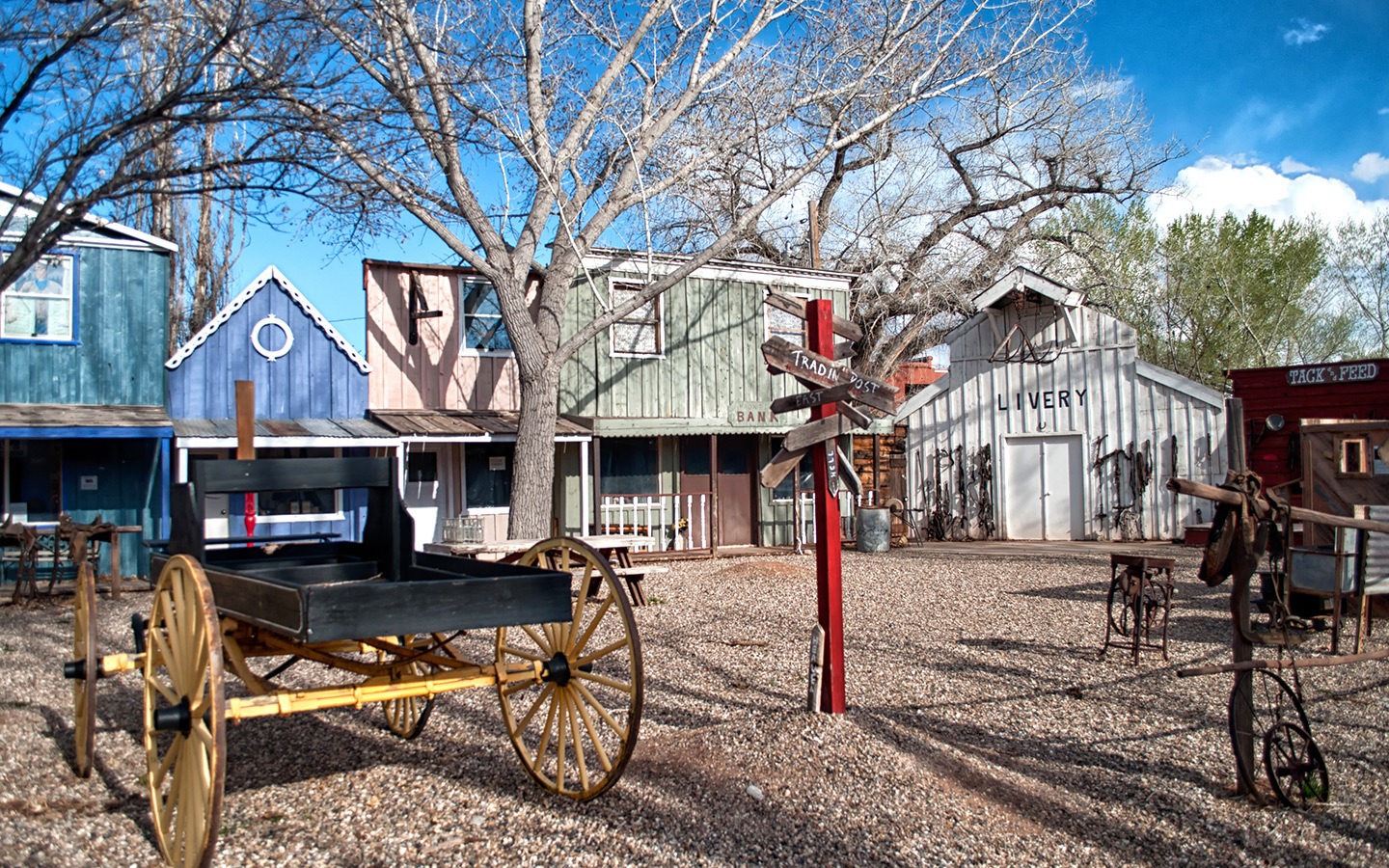 In some places it’s easy enough to just arrive in town and find a room for the night. But the southwest can get really busy, especially at weekends, so you take the chance of either not finding somewhere or having to pay up for a really expensive room. We booked our accommodation in advance but still struggled to find good places to stay in Moab and Sedona within our budget, even a month ahead. So even if you don’t want to book everything in advance it’s worth checking out prices and availability before you go to get an idea.

Look for accommodation with extras

With so many hotels competing for business you can often get extras thrown in for free. Outside of Las Vegas, everywhere we stayed had free wifi, but you can also get a lot more. One hotel offered free international phone calls, another had a $1 guest laundry, one gave us a glass of wine on arrival and a couple threw in free breakfasts or homemade cookies and coffee in the lobby. 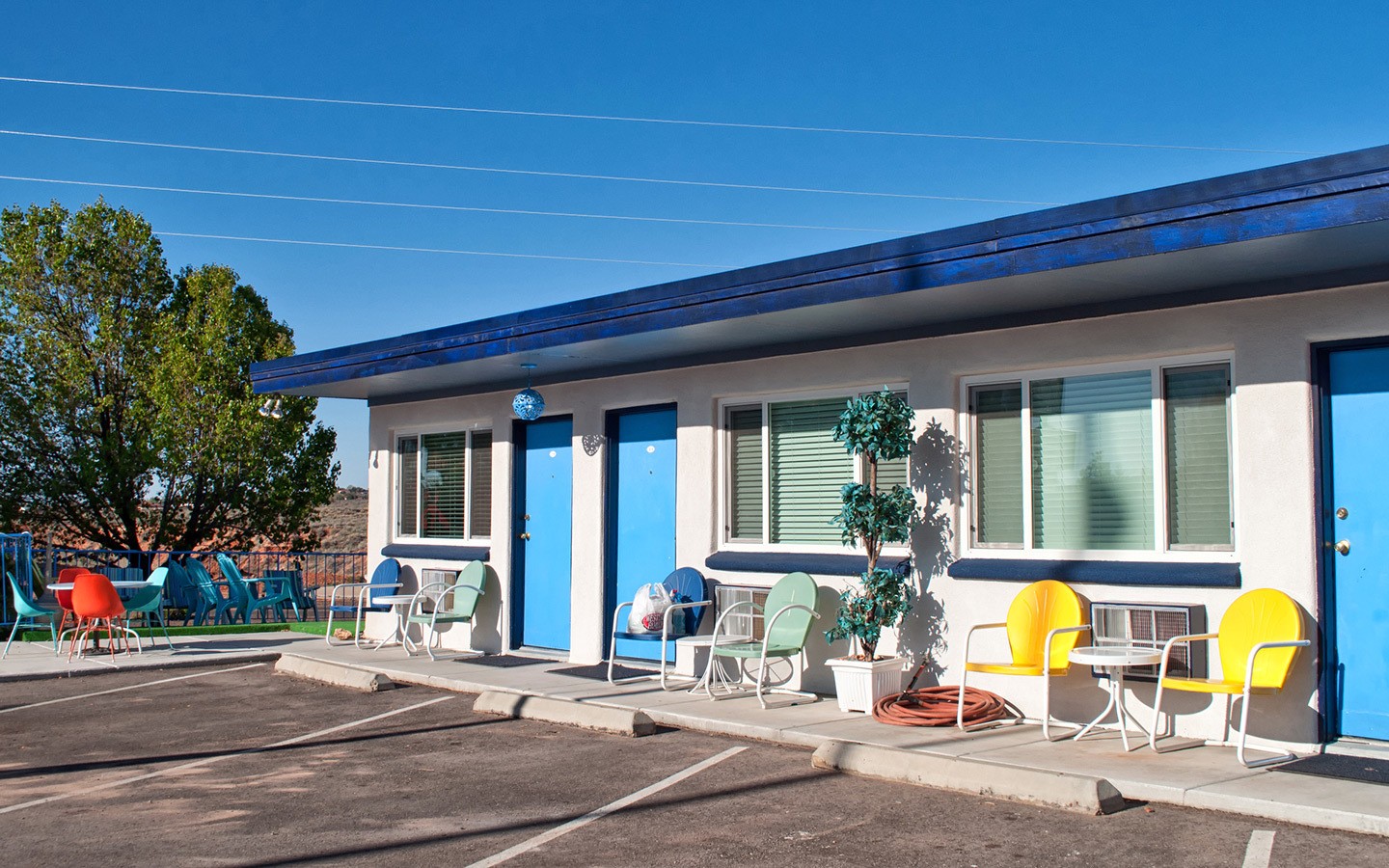 You can pick up a small cooler for $15 from CVS or Walmart, or we got a foil-lined bag with our shopping from Whole Foods for a couple of dollars which did the job too. If you buy some reuseable freezer blocks then most hotels have fridges with freezer compartments where you can refreeze them. Otherwise there are usually ice machines or ice bags available – I also read a clever tip about putting a sponge into a bag of ice so that when it melts the sponge soaks up the water and stops it leaking everywhere.

Stock up at the supermarket

Having a cooler means you can buy drinks, snacks and make your own picnic lunches to save eating out three times a day. I also bought some porridge sachets and teabags I could make my own breakfast where it wasn’t provided. Every place we stayed in had a microwave (though nowhere had a kettle so I usually ended up microwaving water to make tea!). There were Albertsons and City Market supermarkets in most big towns, and petrol stations selling basics like drinks and milk everywhere else. 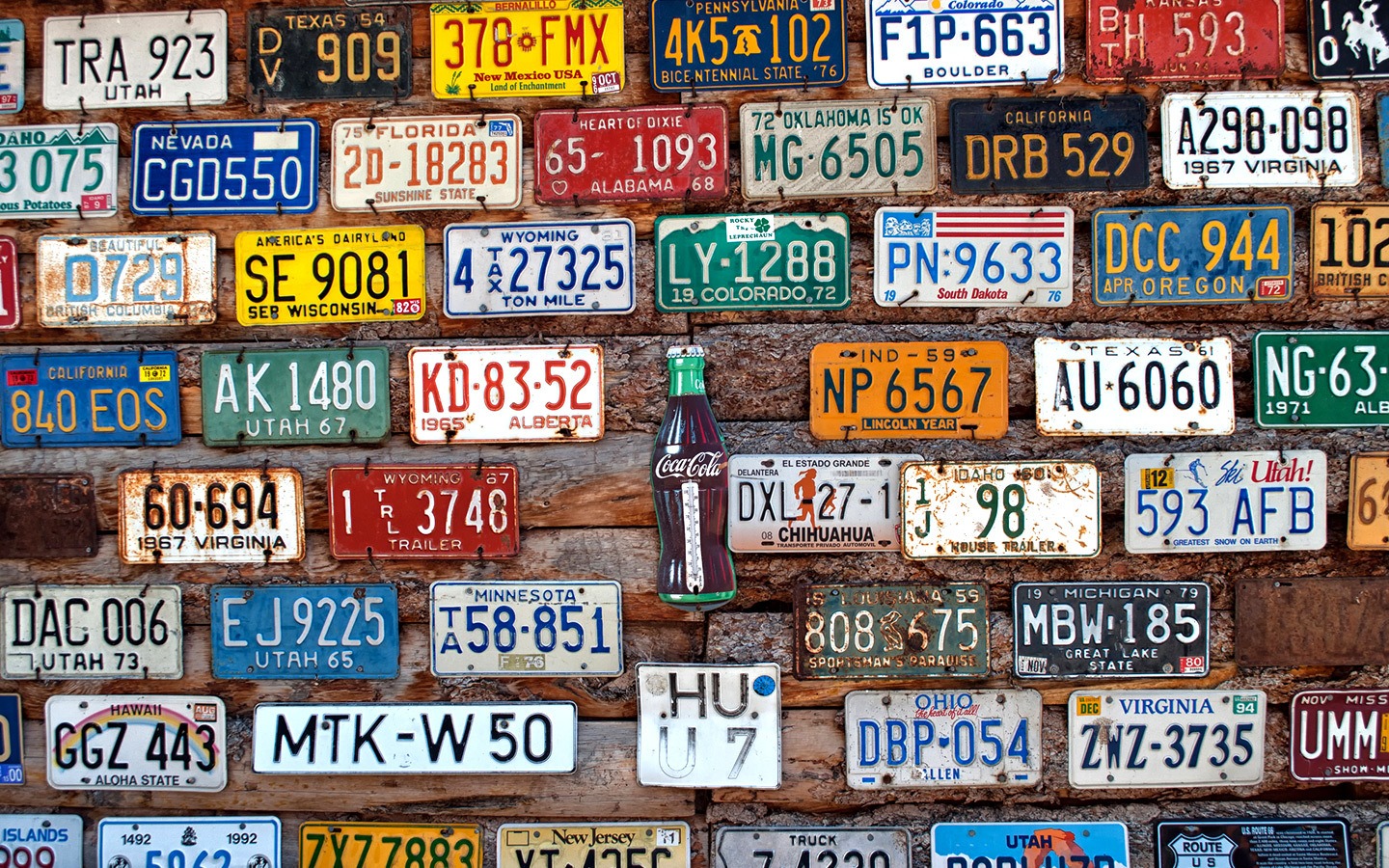 Cook your own food

Hotels/motels aren’t the only accommodation option. We also stayed in a couple of rental places – an Airbnb studio in Taos and a cabin near Durango. Both had full kitchens with hobs and ovens, so we could cook our own healthy meals (much needed after a week of American-style portion sizes!). Even if you don’t have a kitchen then you can always get a takeaway for a break from eating out, we found some good salad bars in health food stores and every town seems to have at least one pizza place.

Bottled water is incredibly cheap in American supermarkets, but it creates a lot of plastic waste. Buying large bottles is better than buying lots of small ones, but best off all is if you can bring a refillable water bottle with you. That way you can top it up when you stop and add ice to keep the water cool during the day. Even in April the air was so dry you need to keep drinking constantly to stop getting dehydrated. 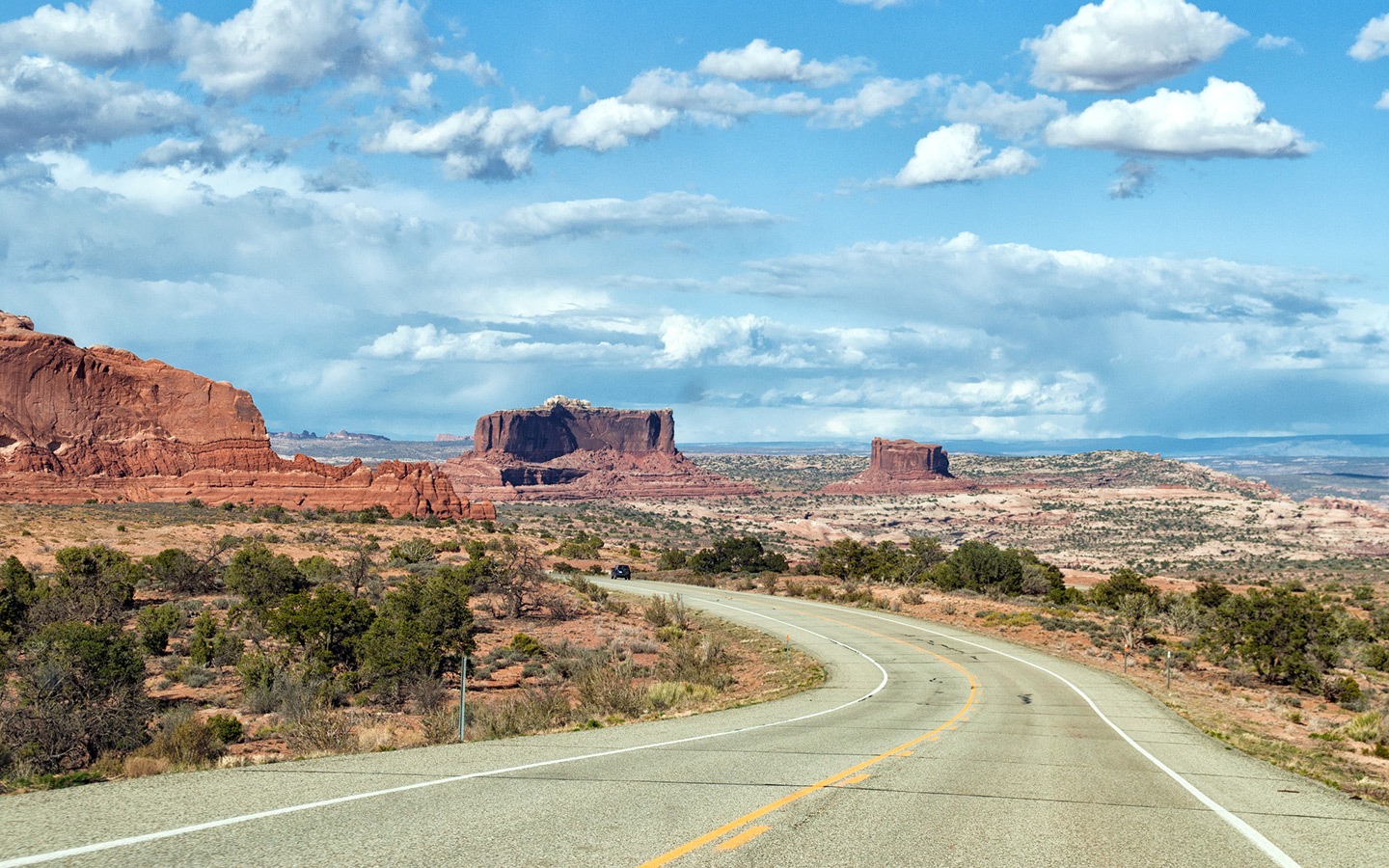 Invest in a National Parks Pass

If you’re planning on visiting a few US National Parks then it’s worth buying an America the Beautiful Pass. The pass covers the whole car, however many people are in it, and costs $80 for a year. Each park charges $10–$25 so it can be a decent saving. You can put two names on the pass too, so you can always share it if you know someone else who’s going to be visiting the US in the same year.

So those are my top tips for a southwest USA road trip on a budget – do you have any other suggestions for trip planning and saving money on the road?

Good tips Lady, especially miles per day. We did the California stretch of Rt.66 in Oct and we're returning for Arizona stretch. Also, the scenic 395 and the 191 hiways. So much there we added 2 Days! Your tips for the road are spot on. Sam and Mary Phillips.

Thank you! Sounds like you've got some great trips planned, have a wonderful time.

This was an unusual well written post about the south west. I enjoy the quality of your writing, and your equisite photos. Quality like this is not something you see in all travel blogs. Great post! I love exploring the south west. I recently moved here, so now I'll be doing a lot more of it. Looking forward to read more inspirational posts on your blog..

Just discovered this blog accidentally while looking up the Malmaison in Oxford, but LOVE all your posts on Arizona. I just came back from that part of the world, where I spent 6 months working on cattle ranches. Was such an amazing experience but I didn't see much beyond the ranches themselves. Would love to go on a road trip and discover more of Arizona. LOVE that photo of a paddle boat on a truck, how amazing is that! And hole in the rock is awesome. Gonna stalk this blog now :)

Thanks so much, I just loved that trip around Arizona and the southwest, those landscapes were just amazing (and the odd crazy boats on trucks!). Must've been a great experience working on a ranch too!

Do you mind me asking the dates you guys went? I'm planning on heading out there in the middle of April and was wondering about the weather you encountered.

Not at all – we were there in mid-April too (13th-28th). The weather was generally sunny the whole time, though the temperatures varied a lot – some of the parks are at high altitude so were very cold at night and we even passed some snow up in the mountains in New Mexico. I'd advise packing lots of layers, it gets warm in the sun and cold in the shade. Good time of year if you are hiking though as it's not too hot. Have a great trip.

Hi Lucy. Such an interesting blog with some handy tips. We are going in Aug 15 for 3 weeks, and have already noted some of your ideas. I'm a great fan of the open road in the States, but the SW Is new to me, but some of your itinerary is on my wish list too. August not really the ideal time to visit, but my wife is a teacher, so I've no option. Never though to get a cooler, but makes a lot of sense. Hope to see for myself some of those scenes which you so beautifully photographed. Thanks again for sharing your experiences.

Thanks Neil, hope you have a fantastic trip – it was one of my favourites from recent years and I really loved the southwest, such stunning landscapes and so much to see. Hope it's not too hot for you!