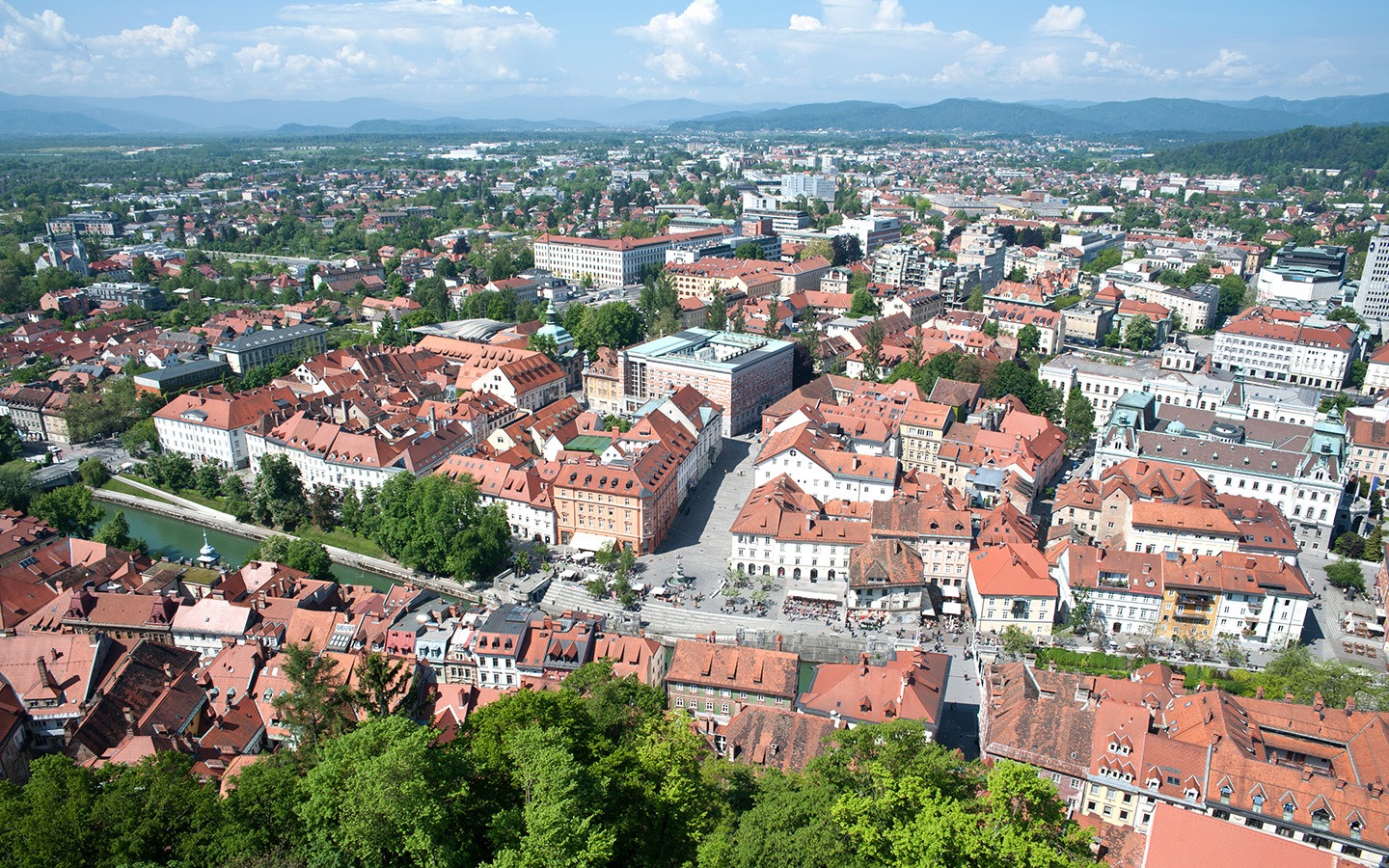 Head east to explore five of Europe’s cultural capitals in just one week on this Eastern Europe by train itinerary. Experience world-class art, architecture and music as you travel from Budapest through Bratislava, Vienna and Ljubljana before finishing your trip in Zagreb. Along the way you’ll visit hilltop castles, soak in thermal baths, take a boat trip on the Danube, tour an underground bunker, watch opera and party in ruin bars. This Eastern European rail itinerary will show you which trains to take, how much they cost, how to book and what to see along the way. 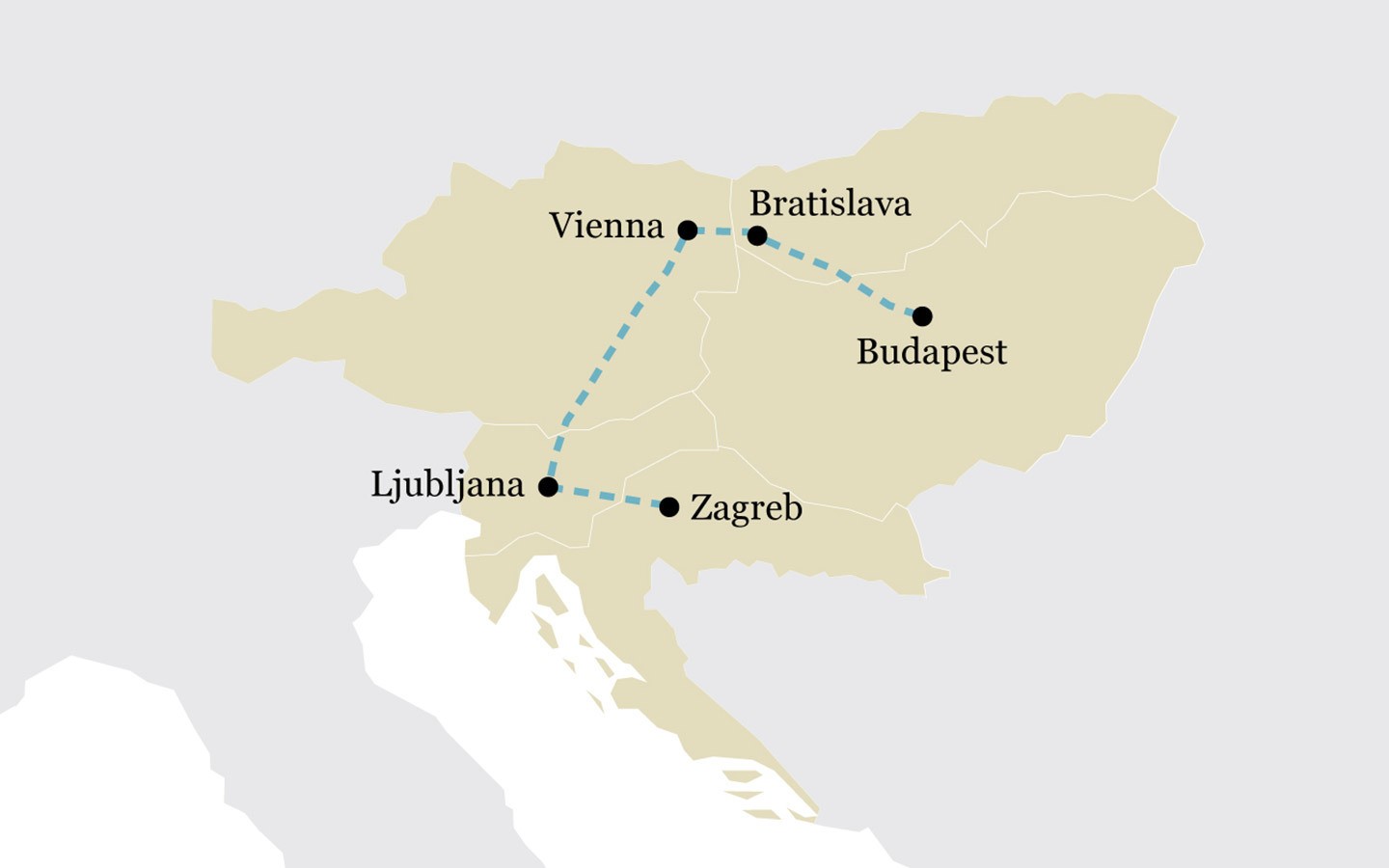 Start your Eastern European rail adventure with a day in the Hungarian capital Budapest. The city straddles the River Danube, and was originally two separate cities, with Buda on the west bank and Pest on the east. Climb Castle Hill – or take the funicular – to discover some of the city’s most impressive monuments, including the Royal Palace, Matthias Church and Fisherman’s Bastion, as well as some of the best views over the river and across to Pest.

Relax with a massage, steam and sauna in the thermal waters of the Neo-Baroque Széchenyi Baths, one of Europe’s largest natural hot springs. Take a sunset boat trip along the Danube to see the grand Hungarian Parliament all lit up. And then party the night away in the ruin pubs in Budapest’s 7th District, where dilapidated old buildings have been given a new lease of life as cool courtyard bars, decorated with colourful lights and flea market furniture.

Where to stay in Budapest: The Pest-Buda boutique hotel is located close to Buda Castle. It describes itself as a design hotel but comes without the designer price tag, with its 10 rooms and restaurant mixing historic features with modern comforts and artworks by local artists.

The Hungarian Parliament at night

The next morning, take the 2 hour 25 minute EuroCity train journey on to Slovakia, departing Budapest’s Nyugati (west) railway station at 07.40 and arriving into Bratislava Hlavna at 10.03 (if you need to store your bags until you can check in to your hotel, there are luggage lockers on platform 1 at the station). Then spend the rest of the day exploring Bratislava.

Take a wander around the grand squares of Bratislava’s old town, passing palaces, churches and fountains. Visit Gothic St Michael’s cathedral and climb to the top of the tower at the Old Town Hall – the oldest stone building still standing in Slovakia. Learn about the history of Slovakia at Bratislava Castle and visit the Church of St Elisabeth (better known as the blue church).

Head up high to the observation deck of the ‘UFO’ Bridge for views over Bratislava from almost 100 metres – or if you like your views a bit more adrenaline-fuelled you can dangle off the edge on the bridge’s Skywalk. Or discover the city’s 20th-century history with a trip to the B-S-8 military bunker or a tour of Bratislava’s Communist-era buildings in an vintage Skoda.

Where to stay in Bratislava: The Loft Hotel is next to Bratislava’s Presidential Palace, within easy reach of the train station It’s home to a popular craft brewery pub and wine bar, with an industrial-inspired décor of exposed brick, battered leather sofas and retro prints.

Head west into Austria on the one-hour journey from Bratislava Hlavna station to Vienna Hauptbahnhof by Regional Express train. Trains leave every hour at 16 minutes past the hour, so you can decide how early you want to get up. Or if you fancy a change from trains, there are also fast ferries along the Danube from Vienna to Bratislava, taking around 1 hour 15 minutes.

Austria’s historic capital is packed with grand buildings – take a walk around the Ringstrasse for a mini architecture tour past the city’s Imperial Palace, Parliament, City Hall, Votive Church and Vienna State Opera. Vienna is the city of music, and you can tour Mozart’s house and the House of Music museum, or grab a last-minute bargain standing ticket for the opera. 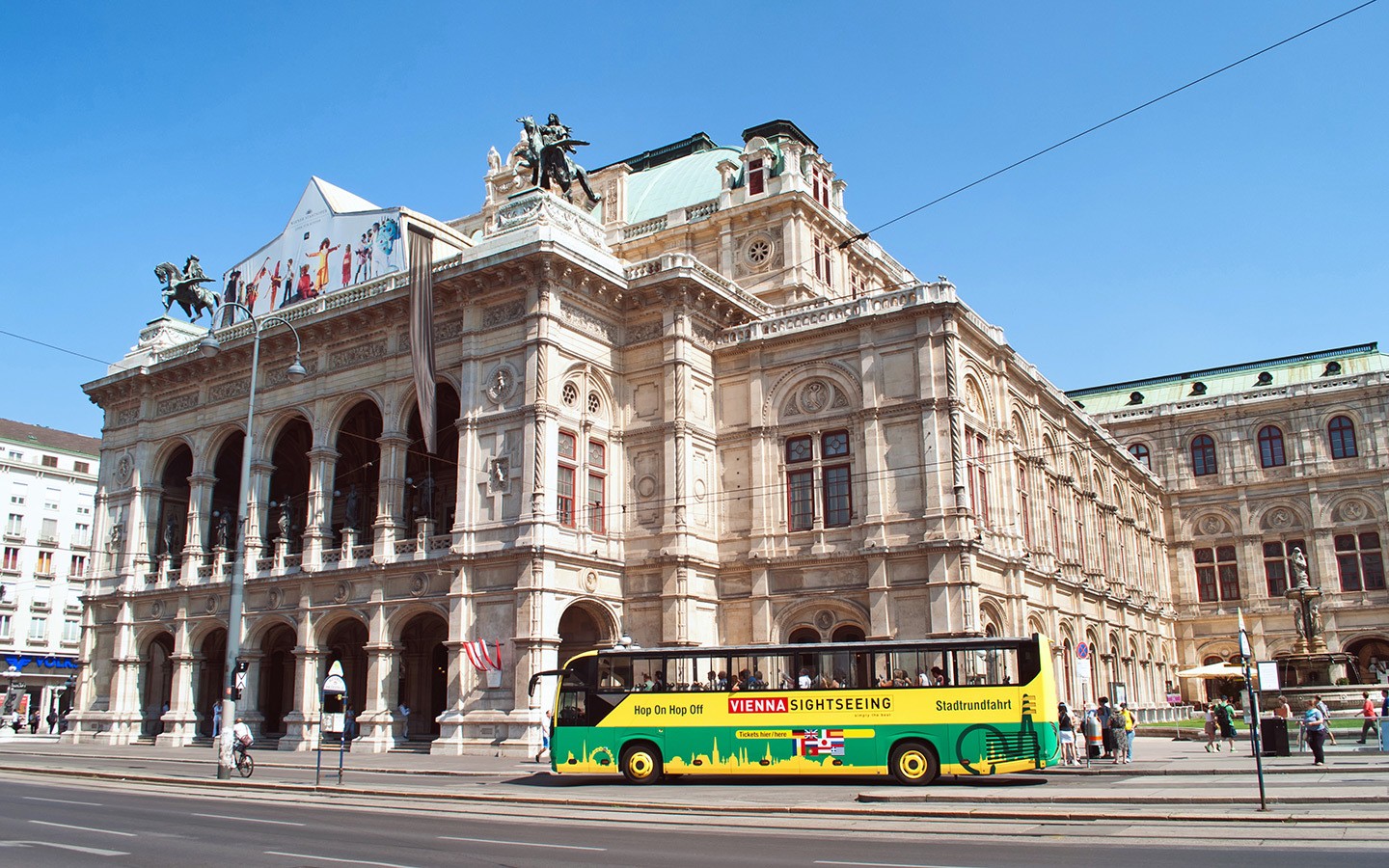 Be dazzled by Vienna’s palaces with a tour around the Hofburg Palace’s imperial apartments, or head to lavish Schönbrunn Palace just outside the city centre – Austria’s answer to the Palace of Versailles is dripping with gold, paintings and crystals and surrounded by 435 acres of beautiful gardens. And don’t miss the impressive moves of the Lipizzaner horses at the Spanish Riding School and a slice of chocolatey sachertorte at one of Vienna’s traditional coffee houses.

Where to stay in Vienna: The 25hours Hotel Vienna is surrounded by the galleries of the city’s Museums Quartier. The converted tower block is quirky and colourful inside, with circus-themed design touches, and a rooftop terrace bar with amazing views out over Vienna. 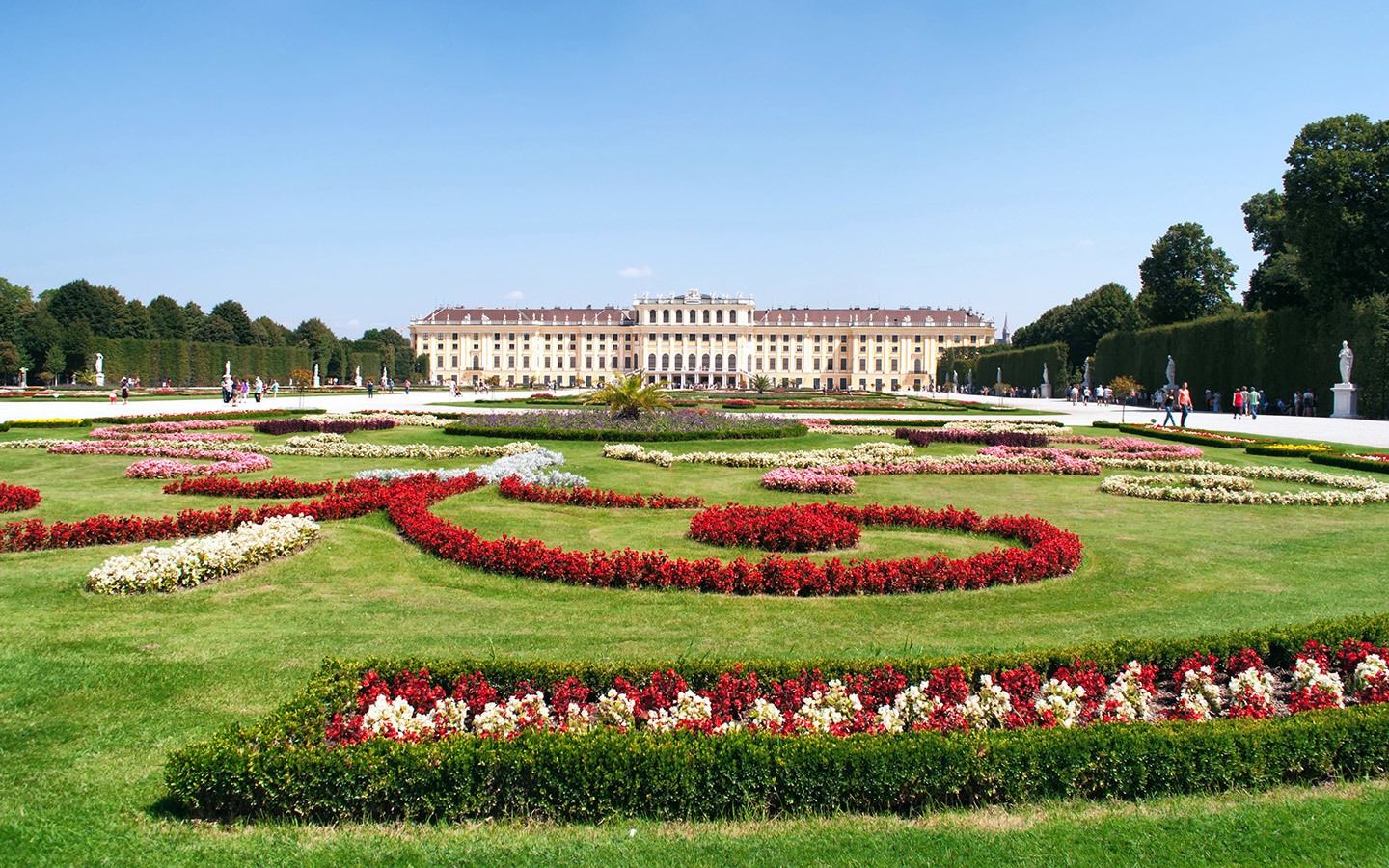 Make an early start for the 6-hour journey to Ljubljana in Slovenia. The direct EuroCity Emona service departs Vienna Hauptbahnhof at 07.58 and arrives into Ljubljana at 14.08, following the route of the scenic Semmering Railway through the Austrian mountains along the way. The line was one of the first mountain railways when it was built in 1854, and was made a UNESCO World Heritage Site for its impressive feats of engineering, with 16 viaducts and 15 tunnels.

Spend the afternoon exploring Ljubljana. Slovenia’s compact capital is a beauty, with an old town full of cobbled streets, pavement cafés, pastel-painted houses and Baroque churches. Take a walk along the banks of the River Ljubljanica, which is crossed over by 17 bridges, including the famous Triple Bridge and Art Nouveau Dragon Bridge. And take the funicular up to Ljubljana’s 15th-century castle for the best view of the city from the top of the castle tower. 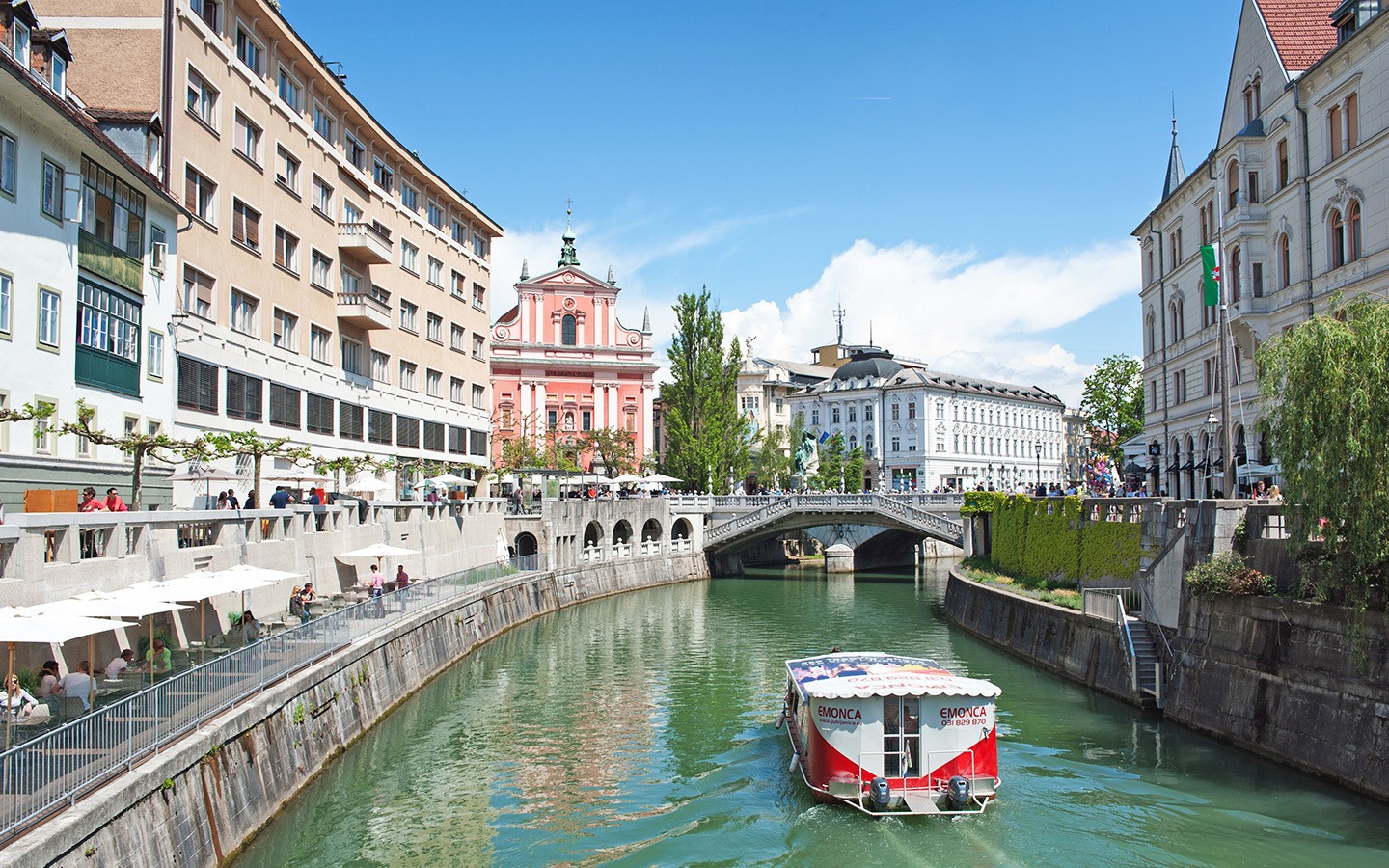 Ljubljana is one of Europe’s greenest capitals, with plenty of parks perfect for a picnic on a sunny day. End the day with sunset drinks at one of the bars along the riverside – Slovenia has some great local wines. Or head out of the picture-perfect old town to the edgy Metelkova district, a former military barracks turned squat that’s known for its for street art and nightlife.

Where to stay in Ljubljana: Ljubljana Center Apartments are located in a historic building at the heart of the old town, 15 minutes’ walk from the train station. The apartments sleep two or four people and are clean and bright, with a lounge, kitchen and dining area. 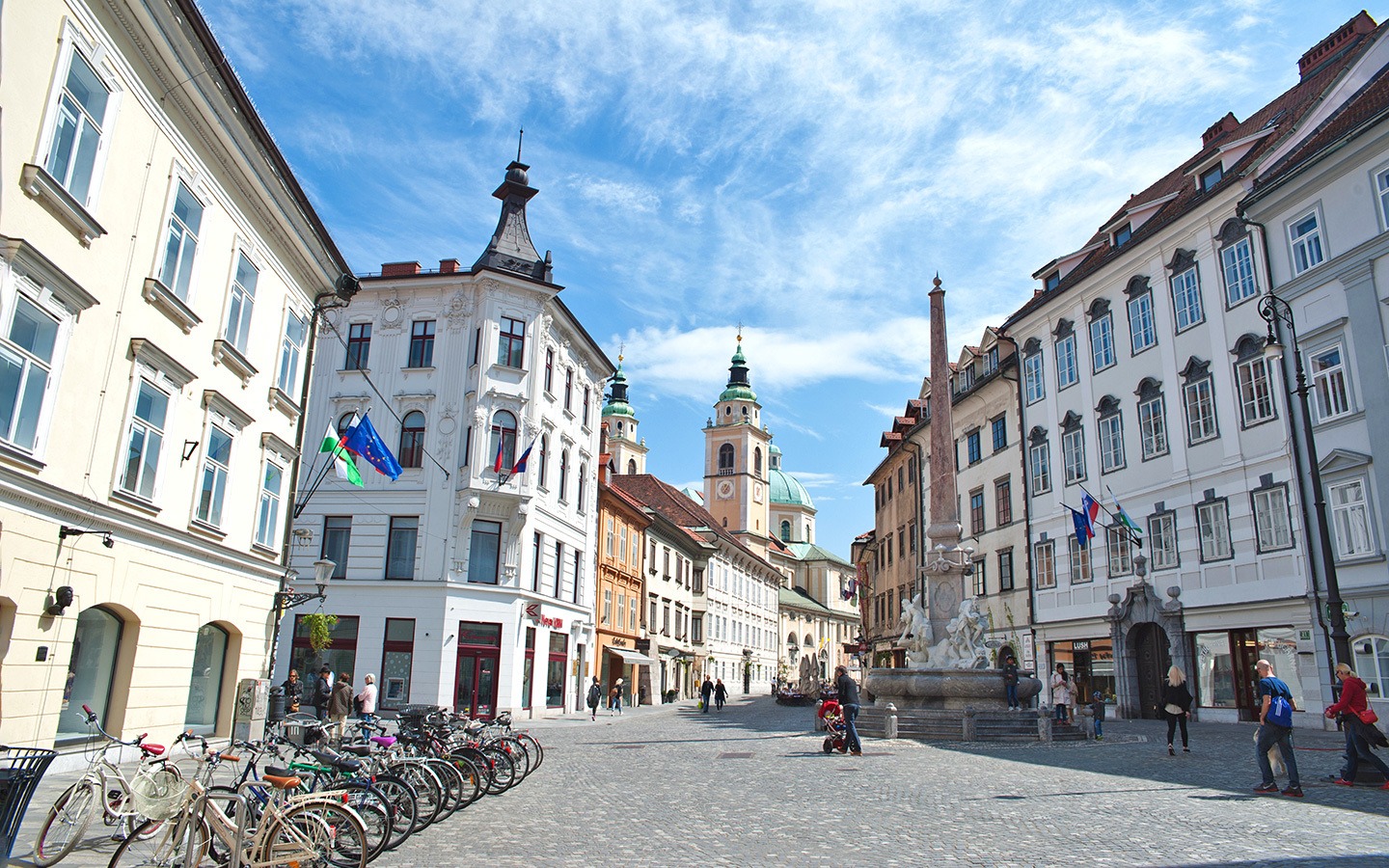 Head out of Ljubljana for a day trip to beautiful Lake Bled, with its blue-green waters and island church against the backdrop of the mountain peaks of the Julian Alps. Catch a direct EuroCity express train from Ljubljana at 09.22 which arrives into Lesce-Bled station at 10.02. The station is around 4km from Bled’s old town but buses link the two around every half an hour.

Take a boat trip out to the island Church of the Assumption of Mary – or if you’re there in winter when the lake freezes you can ice skate over – and follow the 6km waterside path around the lake on foot or by bike to catch the church from all angles. Climb up to the hilltop 12th-century Bled Castle for a panoramic view over the lake. And make sure to try a creamy custard Bled Cake before heading back to Ljubljana on the 17.51 EuroCity train, arriving at 18.33. 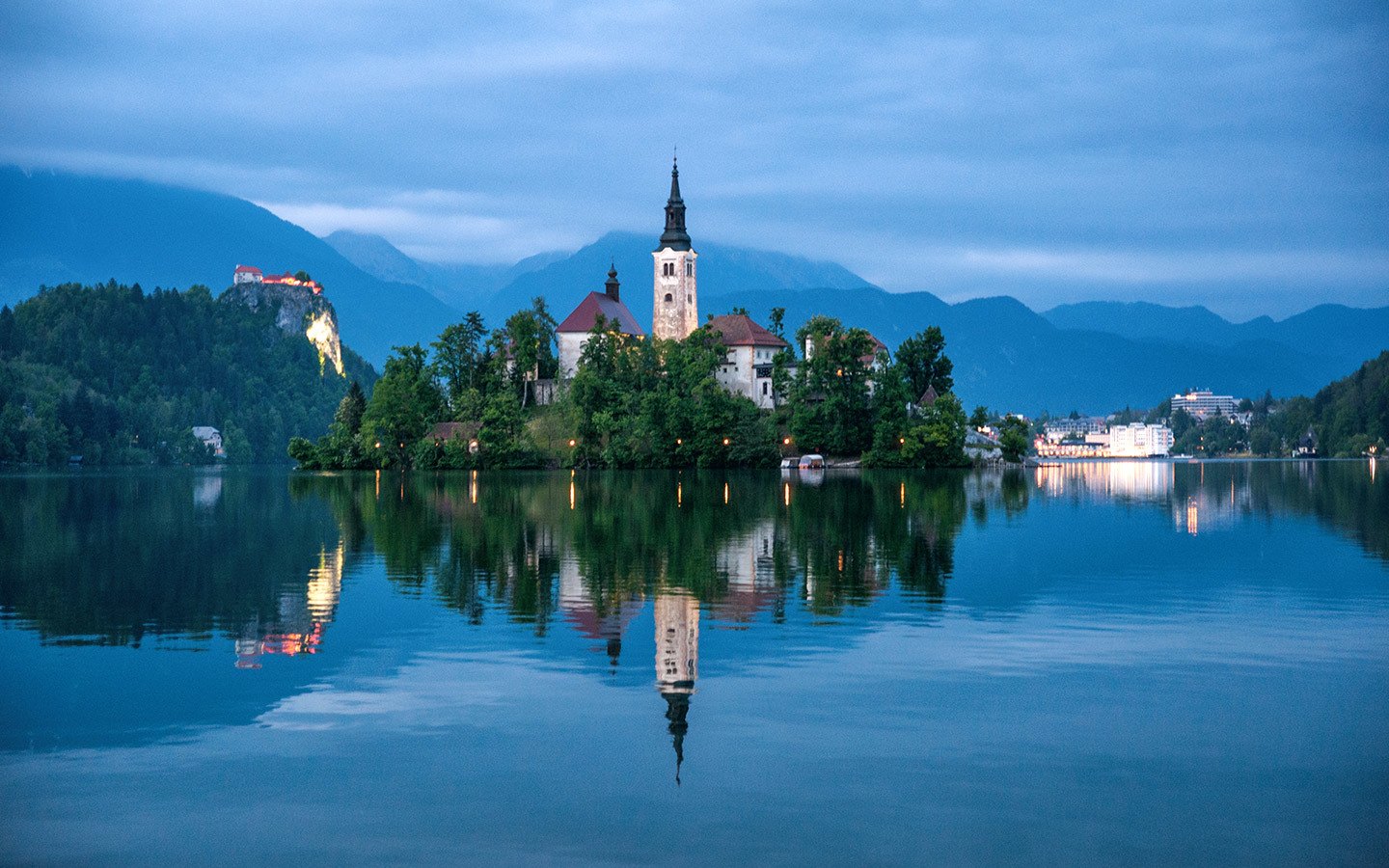 Next morning the final leg of your Eastern Europe by train trip takes you into your fifth country – Croatia. The journey from Ljubljana to Zagreb takes around 2 hours 20 minutes. Catch the 08.25 EuroCity train from Ljubljana which arrives into Zagreb’s Glavni Kolodvor station at 10.44 (if you need to store your luggage there are lockers in the station’s main hall).

Take a walk through the cobbled streets of Zagreb’s Upper Town. The city’s oldest district is home to the Lotrščak Tower, the last of its 13th-century watchtowers where a cannon’s still fired at noon each day, as well as St Mark’s Church with its colourful roof tiled with the Croatia and Zagreb coats of arms. The Upper Town is also where you’ll find the quirky Museum of Broken Relationships, with remnants of break ups donated from all over the world on display.

If the sun’s shining, stock up on picnic supplies at Dolac Market and find a shady spot in Maksimir Park, a peaceful forest park just outside the city centre, or wander through the statues at Mirogoj Cemetery. Head underground at the Gric Tunnel, a former World War II bomb shelter, before finishing the day with a local craft beer at one of the bars on Opatovina Street.

Where to stay in Zagreb: Head back to the Golden Age of rail travel with a night at the opulent Art Deco Esplanade Hotel. Zagreb’s grandest hotel was built in 1925 for passengers travelling on the Orient Express and has hosted A-listers like Orson Wells over the years, with 208 luxurious rooms, multiple restaurants, a newspaper reading room and ornate ballroom.

Spend you final morning in Zagreb – and if you’re in need of a caffeine hit there’s no problem as this city of coffee-lovers has something like 4500 cafés to choose from. Then if you’re flying back home, the 290 ZET bus service connect Zagreb’s Franjo Tuđman airport with the city centre, running every 35 minutes and taking around 30 minutes to reach the airport.

If you’ve got more time, you could head west to Pula in Croatia’s Istrian Peninsula (there’s an indirect train but the 4–5 hour bus ride is quicker and easier), where you can catch a ferry across to Venice in Italy. Or take the 6-hour daytime or overnight sleeper train south from Zagreb to Split, home of the UNESCO World Heritage-listed Diocletian’s Palace and where you can each the Dalmation Islands of Hvar, Vis, Brac and Korcula by ferry. Or why not add in an extra stop along the way in the historic Austrian city of Graz, located between Vienna and Ljubljana. 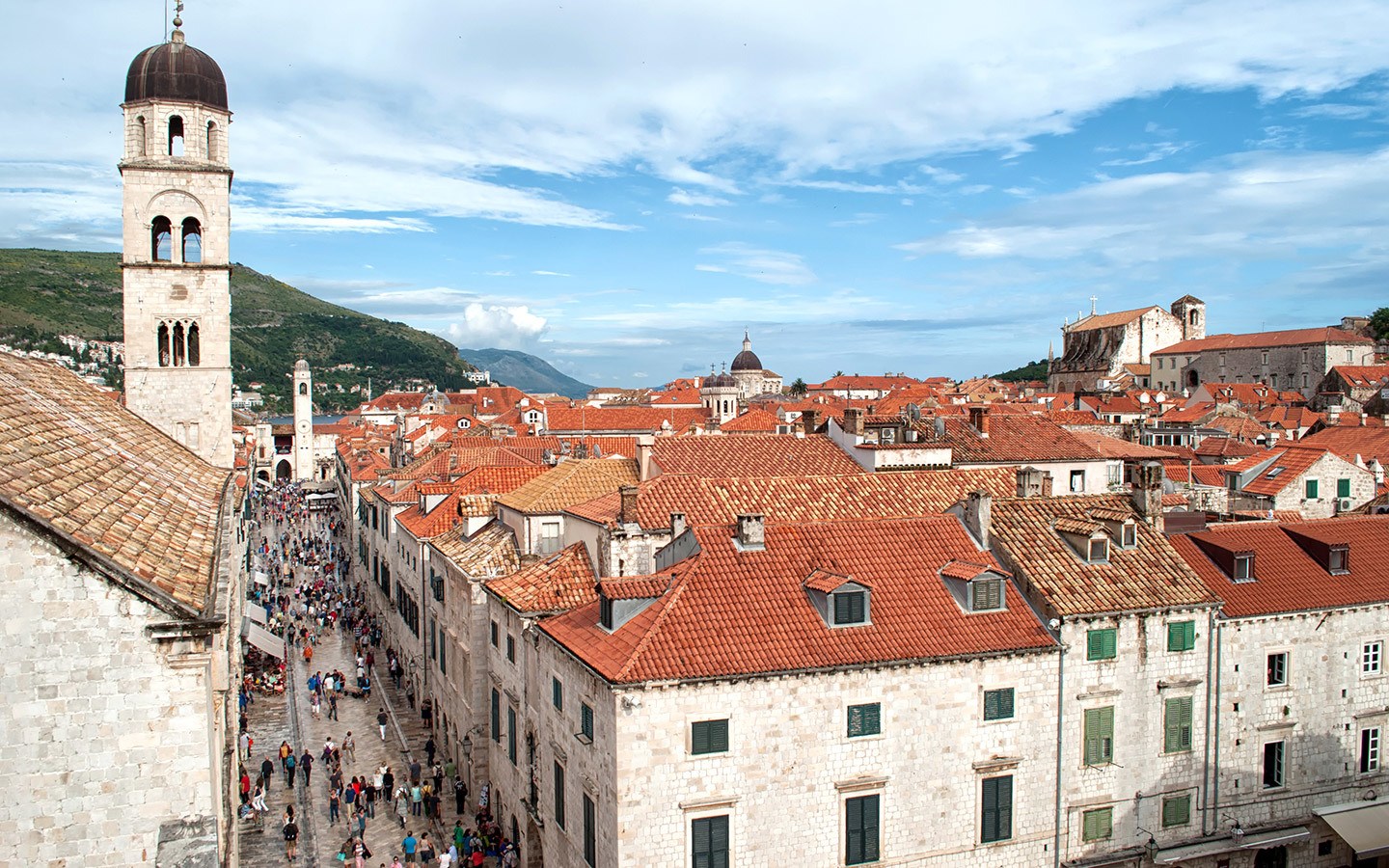 Dubrovnik from its old city walls

Ticket prices vary depending on how early you book, with a limited number of cheap tickets available. So book as early as possible – on most routes you can book 3–4 months in advance – but beware these tickets are non-transferable so you’re tied to a specific train. Using the cheapest fares available, the total cost for trains on this route starts at €66.40 per person. 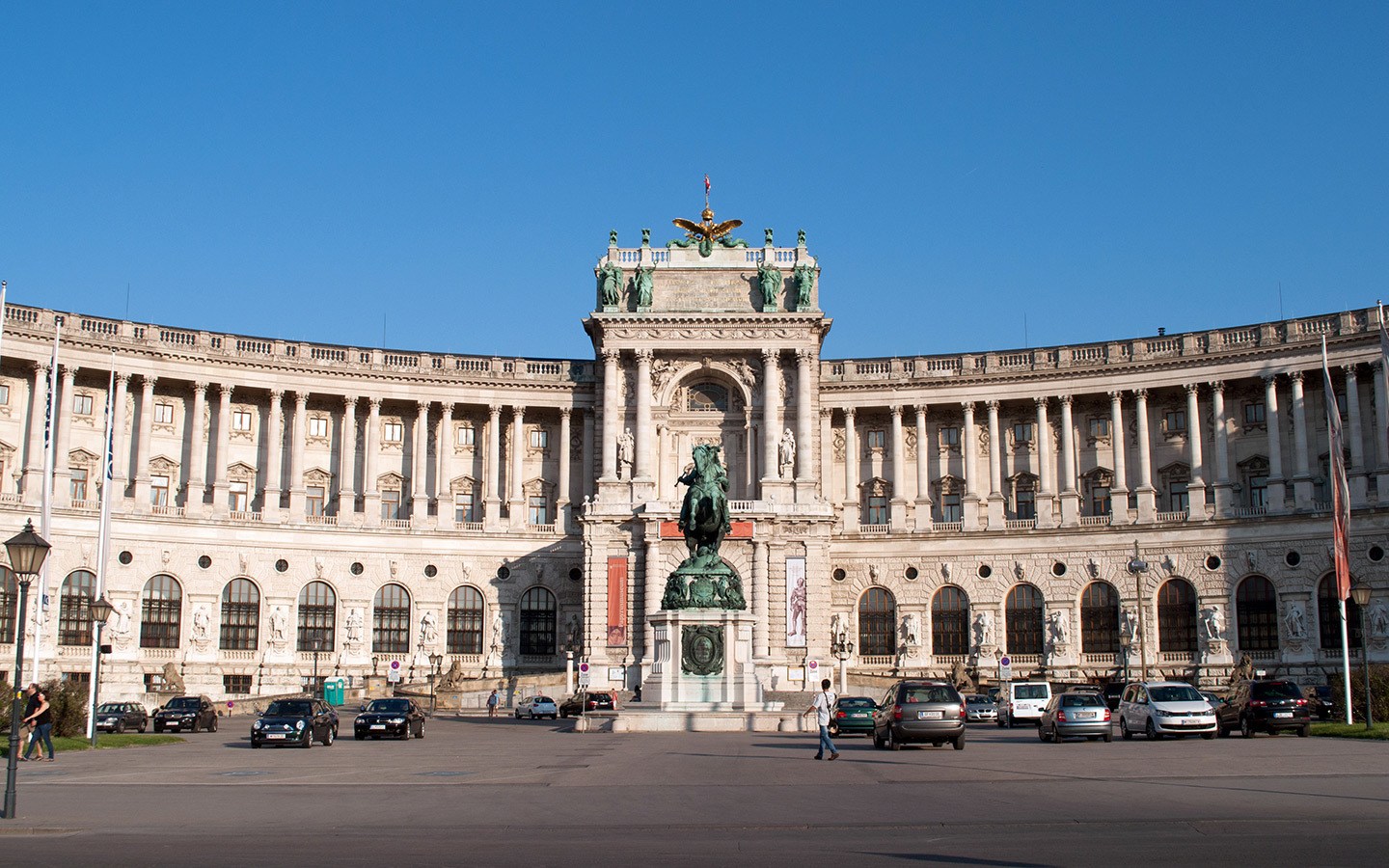 The Hofburg Palace in Vienna

InterRail (for European residents) and Eurail (for non-European residents) have a range of rail passes, which cover individual countries or the whole region and are valid for different periods of time. The Eastern Europe by train itinerary involves five travel days across five countries, but it’s cheaper to pay for the cheapest fixed price ticket in cash and get a four-day rail pass.

The best railpass option is the Global Pass for 4 travel days within 1 month. This costs €246 for adults, €185 for youths (aged 12–27) or €221 for seniors (aged 60+) in second class. As well as the pass, you sometimes need to pay an extra compulsory reservation fee in some countries and for certain trains – but reservations aren’t required in any of the countries on this trip. 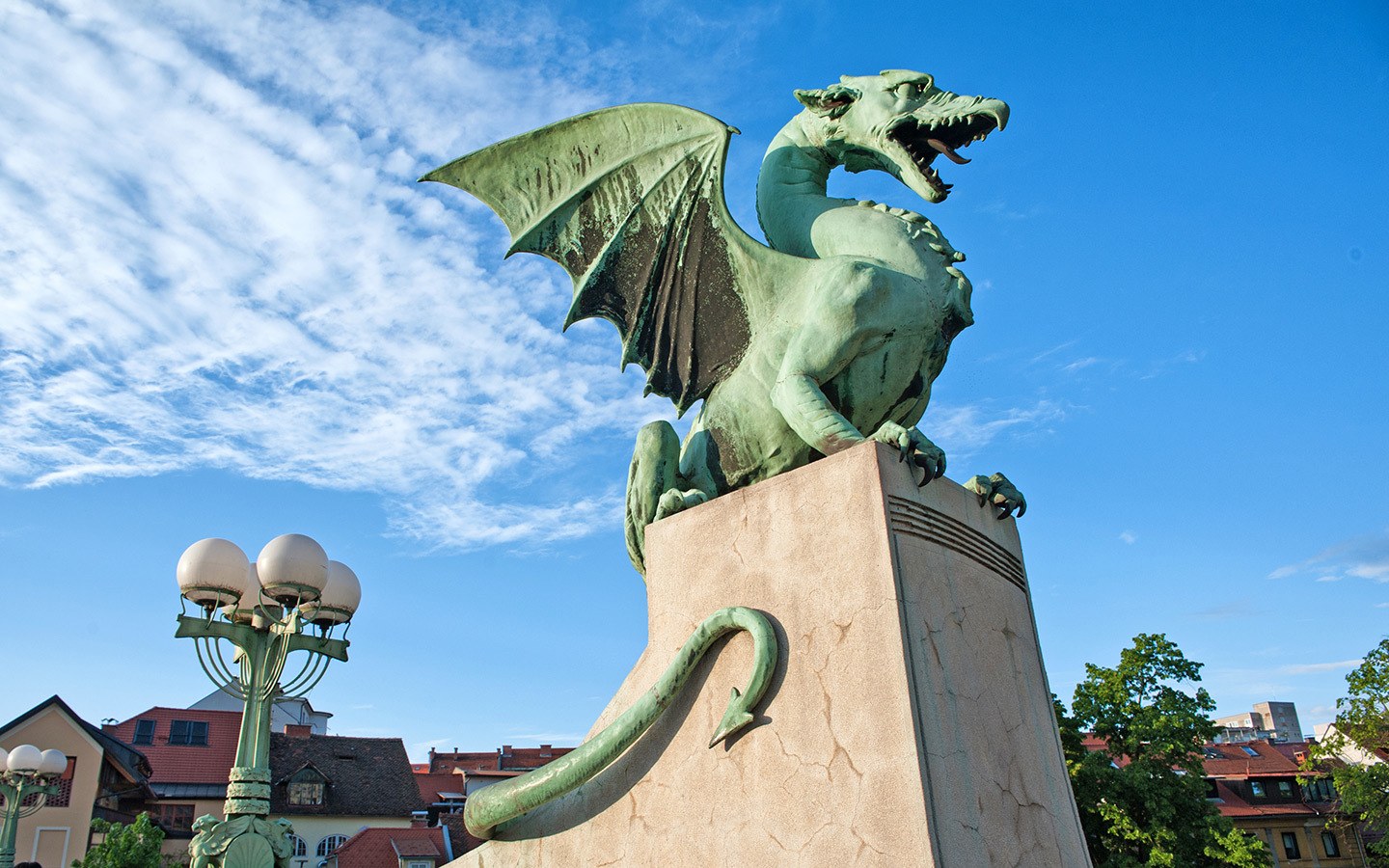 There are a variety of websites where you can book European train journeys, but often the best deals are though the official railway company sites for each country. For this trip, if you’re not using a rail pass the two trips which are worth booking in advance are:

The other tickets you can buy at the station on the day, though if you buy your ticket from Ljubljana to Zagreb the day before it cuts the price down from €18 to €9. 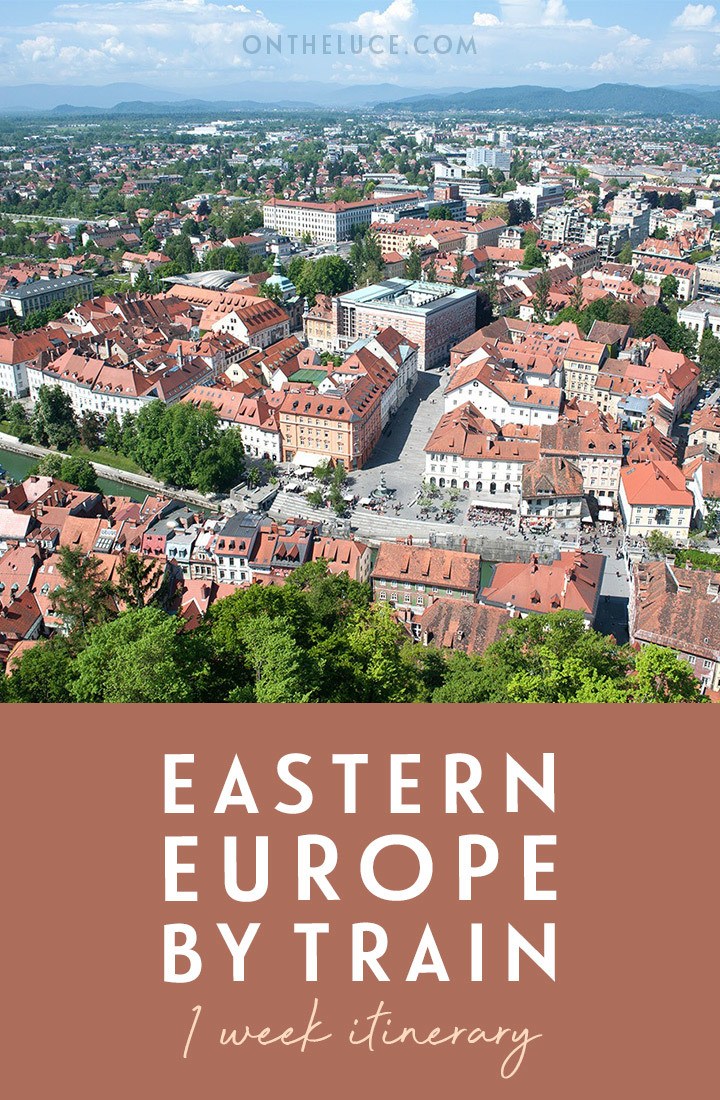