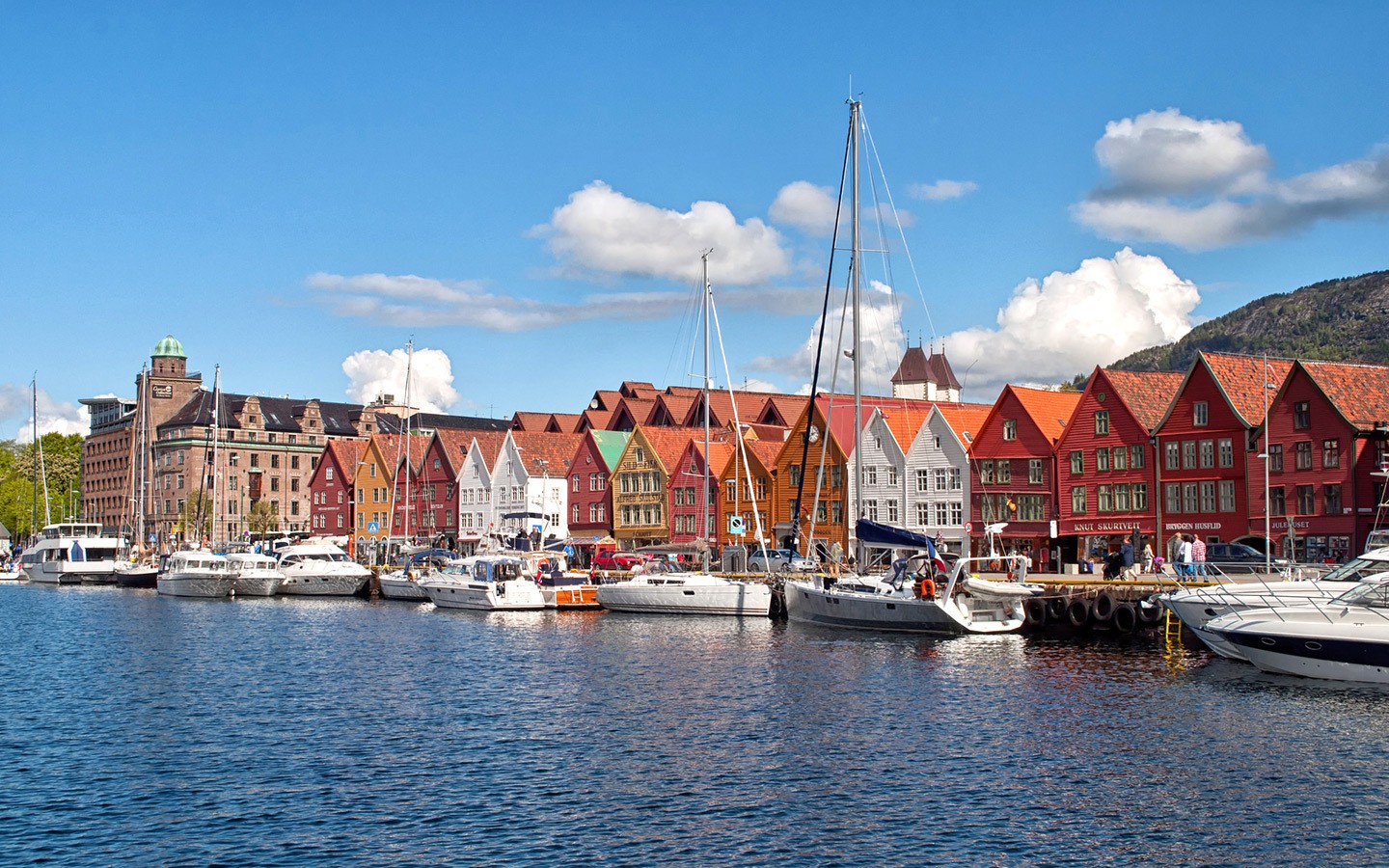 Think of Norway and you probably picture sailing through the deep blue waters of the Norwegian fjords, hiking through the mountains or watching the Northern Lights from a husky sled. Or maybe visiting the country’s cosmopolitan cities is more your thing. Either way Norway is overflowing with riches. But there’s one big problem – you might need riches to pay for it.

You can’t mention visiting Norway without the issue of price coming up. The country has a reputation for being one of the most expensive in the world, and those horror stories of £12 beers are enough to scare people off from visiting. But how expensive is it really to visit Norway? Here I share my trip budget for five nights in Bergen and the Norwegian fjords.

Budget breakdown for five days in Bergen and the Norwegian fjords 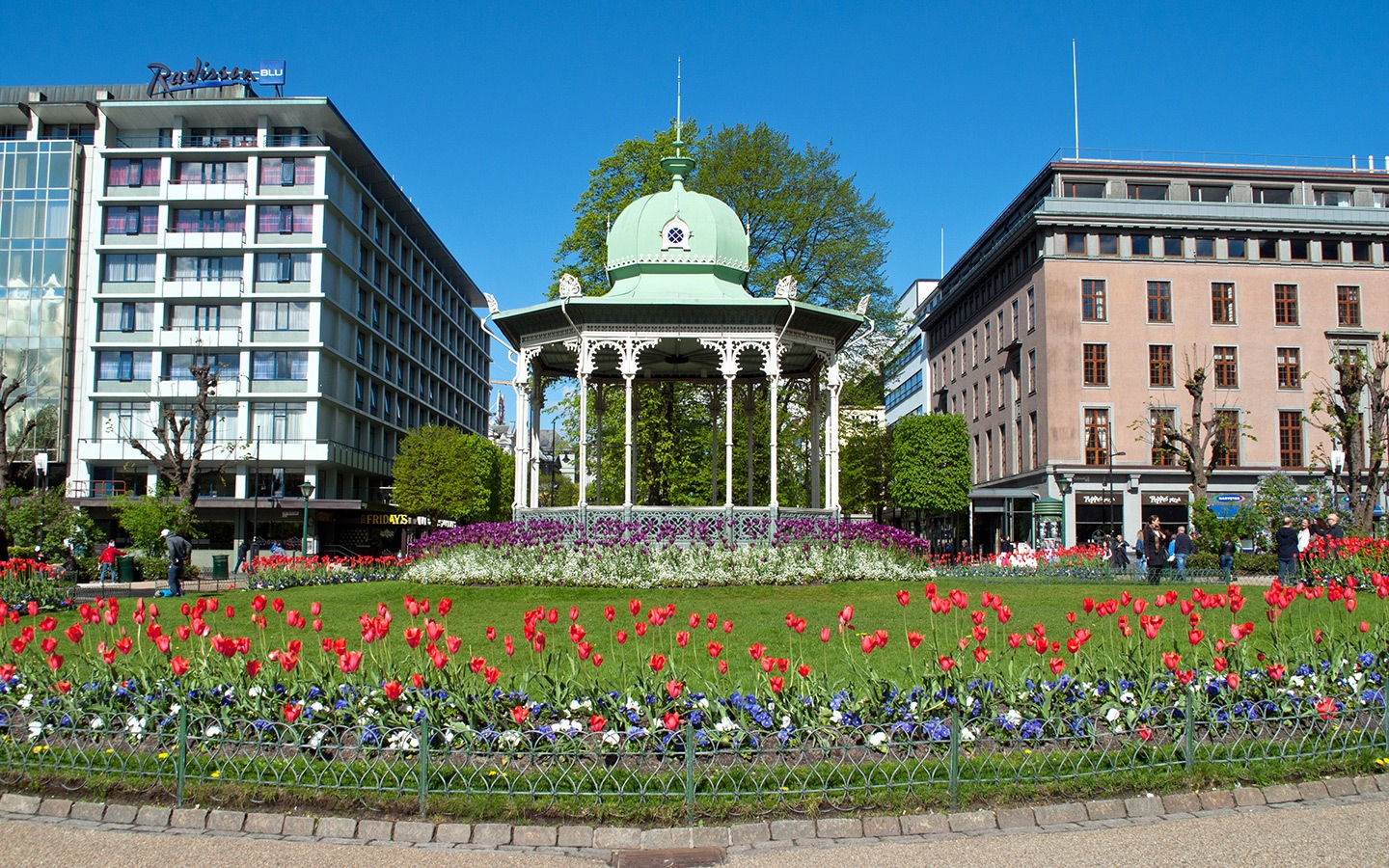 Colourful flowers in a Bergen park

Hotels and food are two of the biggest expenses in Norway, but one way to save on both is by renting an apartment. As we were spending three nights in Bergen at the start of the trip we rented a place via AirBnB for 3154 NOK/£263/$339 (1051 NOK/£88/$113 a night or 526 NOK/£44/$57 per person per night). We ended up getting moved to a larger two-bed house with open-plan kitchen and living room, a ten-minute walk to the harbour. 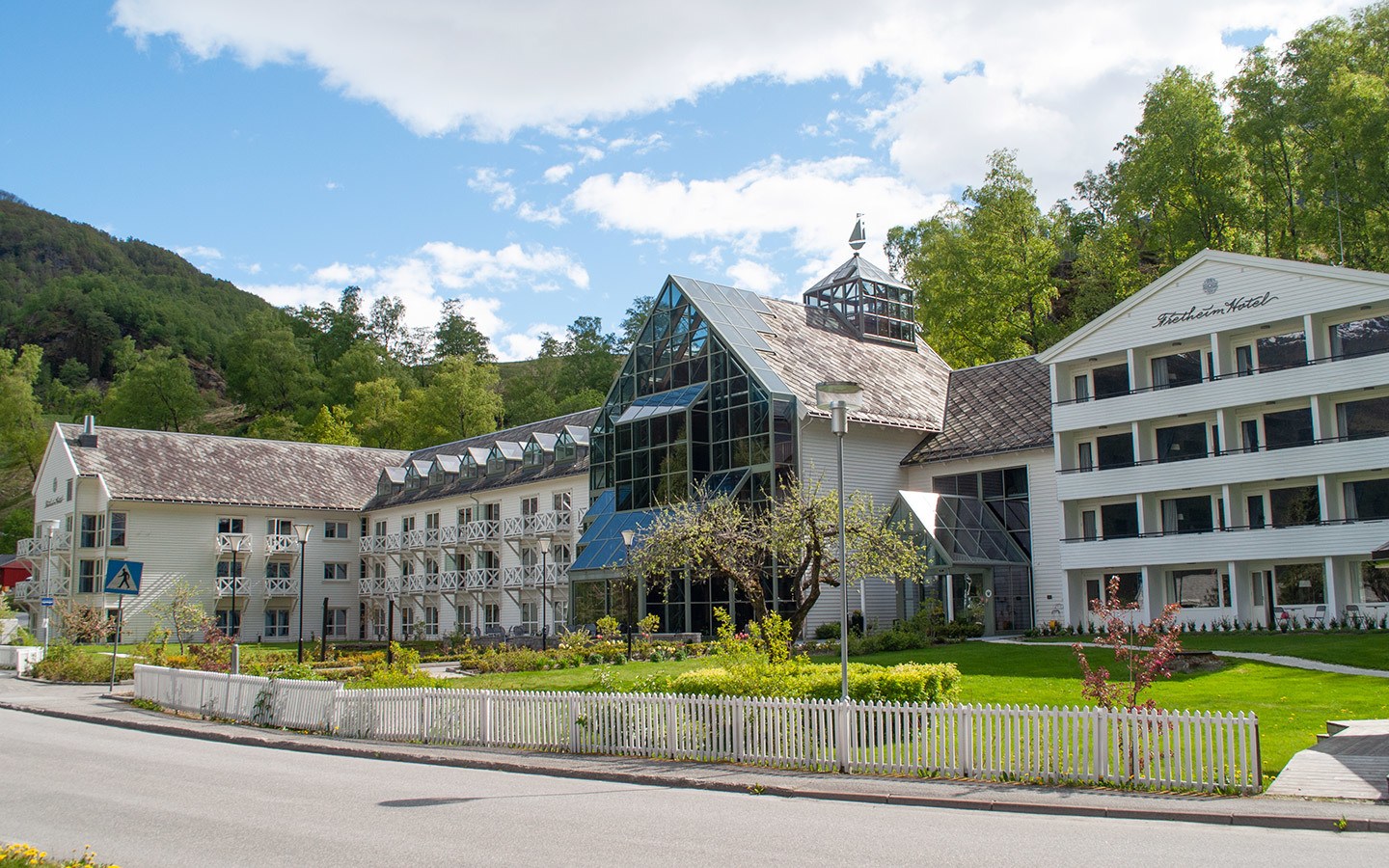 The Fretheim Hotel in Flam

There are direct flights to Bergen from airports in the UK (starting around £75 for a return with BA or Norwegian) as well as major cities around Europe. We took the Flybussen shuttle bus to and from the airport, which cost 170 NOK/£14/$18 per person return.

To get to the fjords we travelled by train from Bergen to Mydral for 286 NOK each way (£47/$62 return). If you are planning to use Norwegian trains, it’s worth booking online in advance as they have a limited number of reduced price ‘Minipris’ tickets available. The Flamsbana scenic train between Mydral and Flam cost 550 NOK/£46/$59 return per person – this is run privately so the only discount available is 30% off with an Interail/Eurail rail pass. 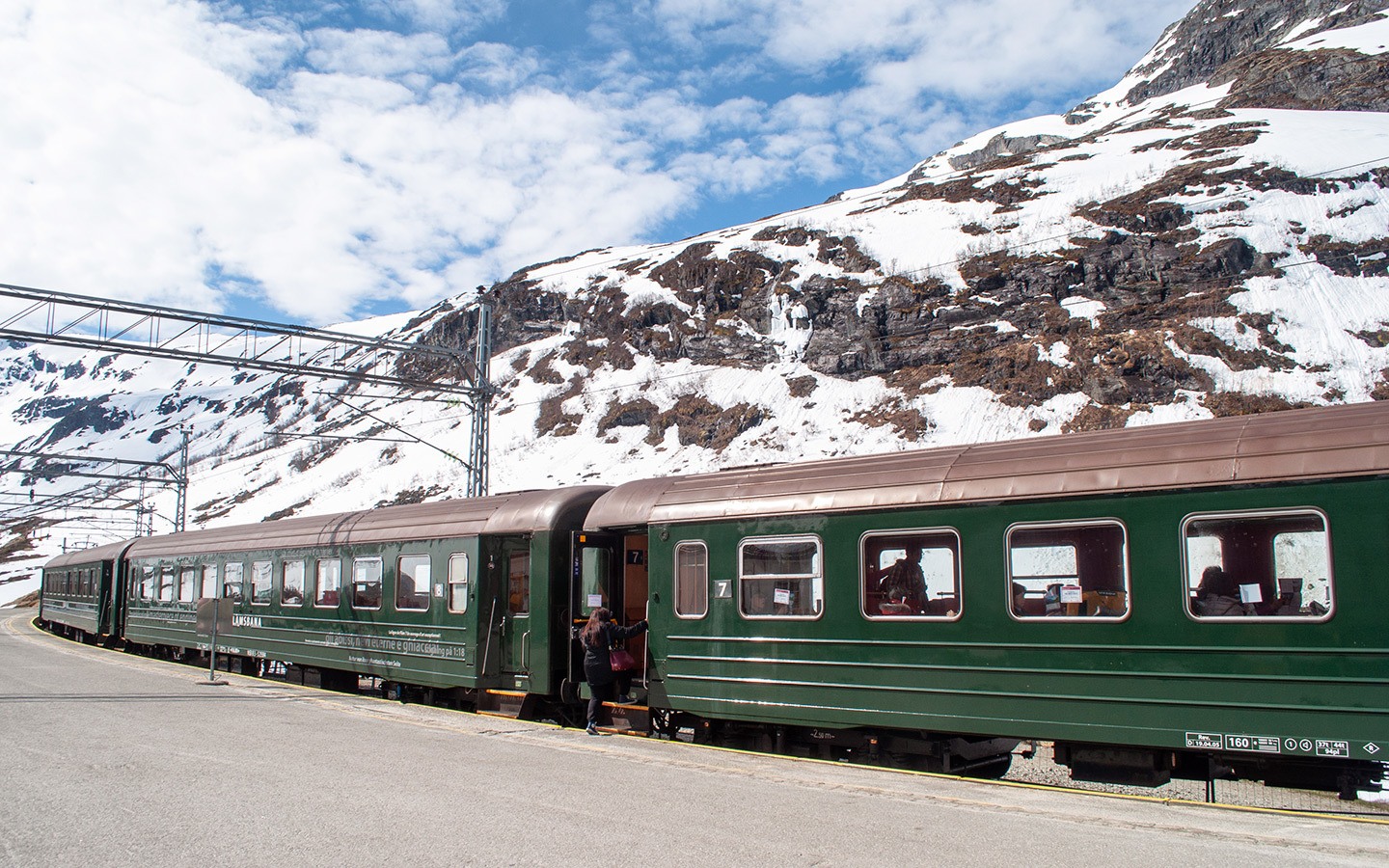 So many of the things to do and see in Norway revolve around the outdoors, so you can easily get away with not spending much on activities. In Bergen we wandered around the harbour and historic Bryggen district for free. We did spent 45 NOK/£4/$5 on a ticket for the funicular railway up to the top of Mount Fløyen though, but we walked back down.

You need to get out on the water to see the fjords properly, so we spent 360 NOK/£30/$39 on a boat trip through the Nærøyfjord to Gudvangen, which also included a transfer back to Flam by bus. The scenic train between Bergen and Flam is covered under transport but would also count as an activity too – and even the regular Bergen–Myrdal train passed some amazing scenery. 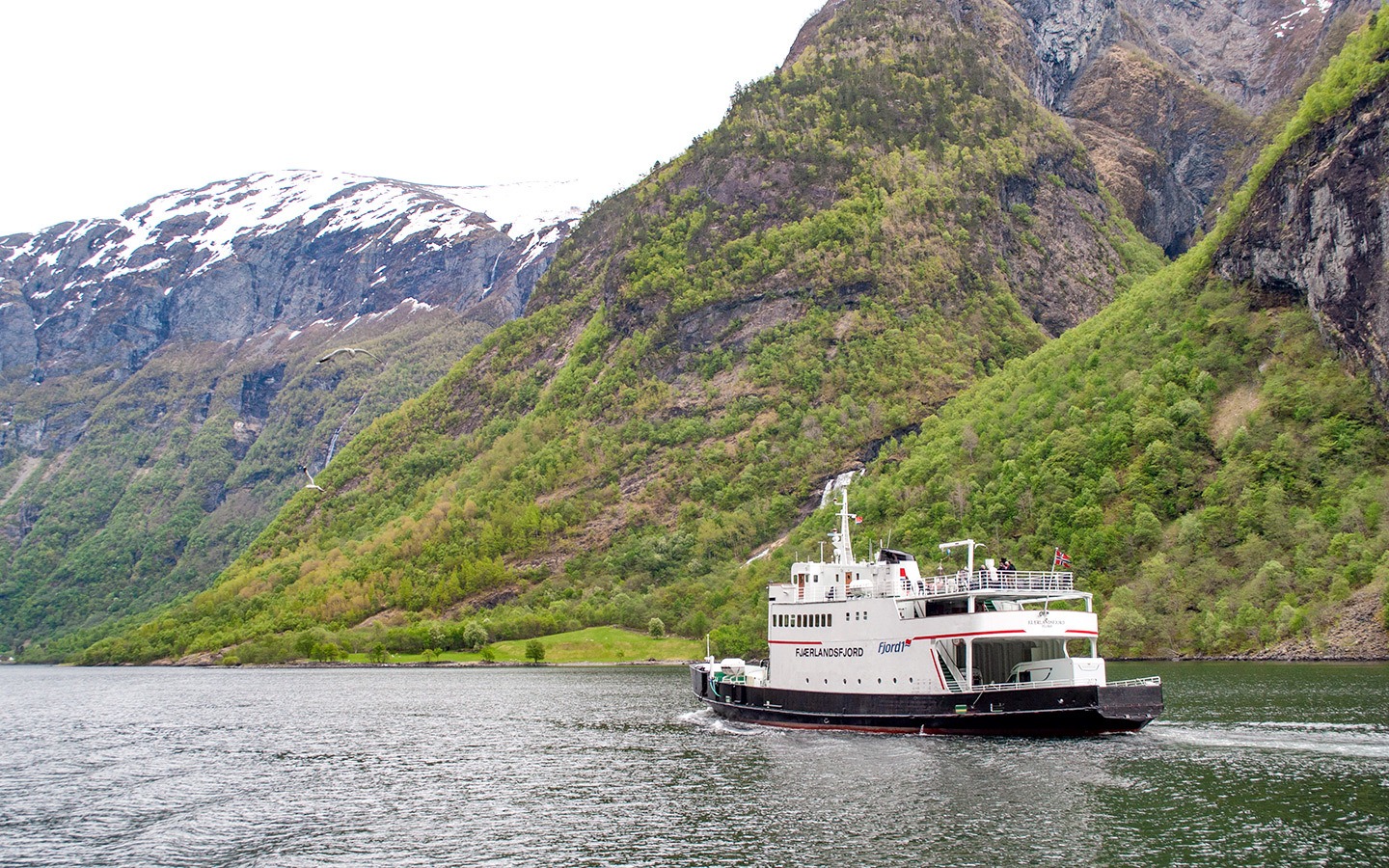 Cruising along the Nærøyfjord from Flåm

Our apartment in Bergen had a well-equipped kitchen so we did a big grocery shop on the first day, spending 329 NOK (£27/$35) in total, which covered three days’ worth of breakfasts and two dinners. We also spent around 116 NOK/£10/$12 each on drinks and snacks while we were out. The last two nights we had breakfast included at our hotels and ate out for dinner. 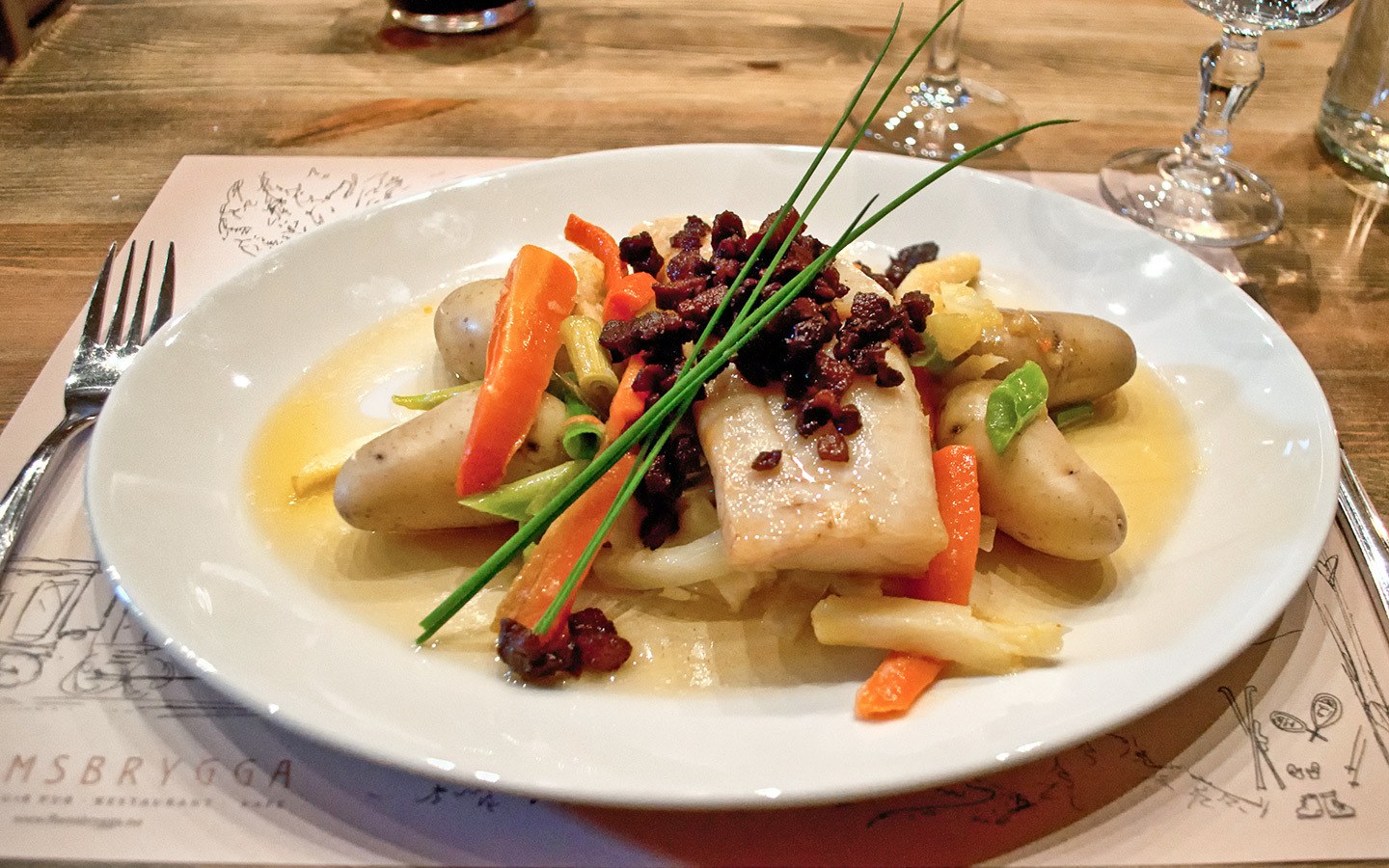 Eating like a (fancy) Viking at Flåm’s Ægir Brewery restaurant

We had a couple of drinks out, and bought some wine for when we were self-catering. You can only buy alcohol from the state-run Vinmonopolet shops which have limited opening hours, where a couple of bottles of (practically their cheapest) wine cost 225 NOK/£19/$24. 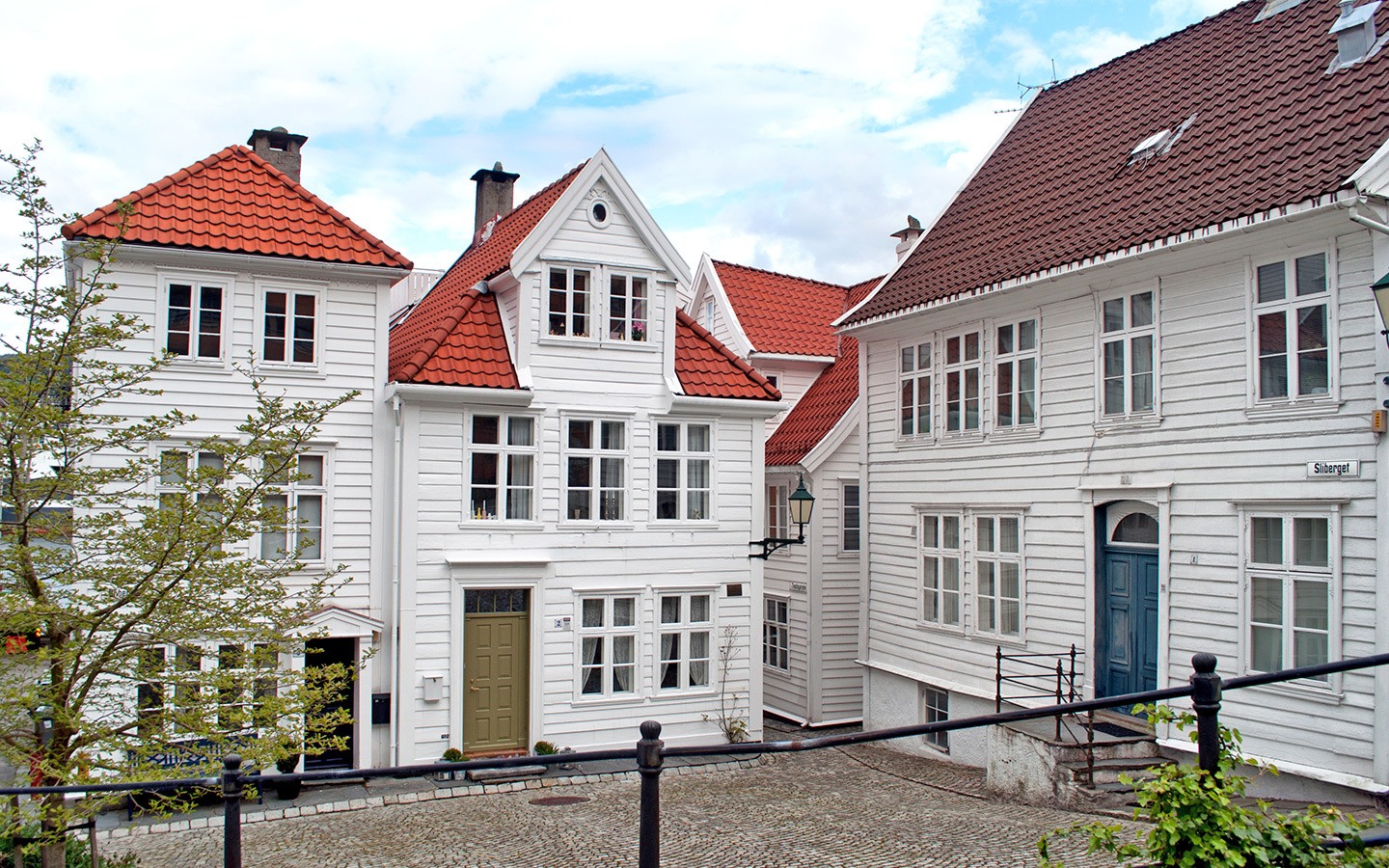 The overall cost for my five days in the Norwegian fjords came in at £471/$607 per person. This works out at about £94/$121 a night per person, not including flights. So although Norway isn’t exactly a budget destination, it’s also not scarily expensive. And to me it was totally worth it – Bergen, Flam and the fjords are fascinating and beautiful places to visit.

Lower budget? The easiest wa,y to save money would be to steer clear of alcohol! If you’re looking for a cheaper accommodation option there are hostels in Bergen and Flam with more budget-friendly dorm rooms (though hostel private rooms are no cheaper than hotels).

Higher budget? With more money to spend you could stay in hotels the whole time and eat out more – Bergen has some great high-end restaurants. There are also other boat trips and tours you can take to see more of the fjords, or could hire a car and explore independently. 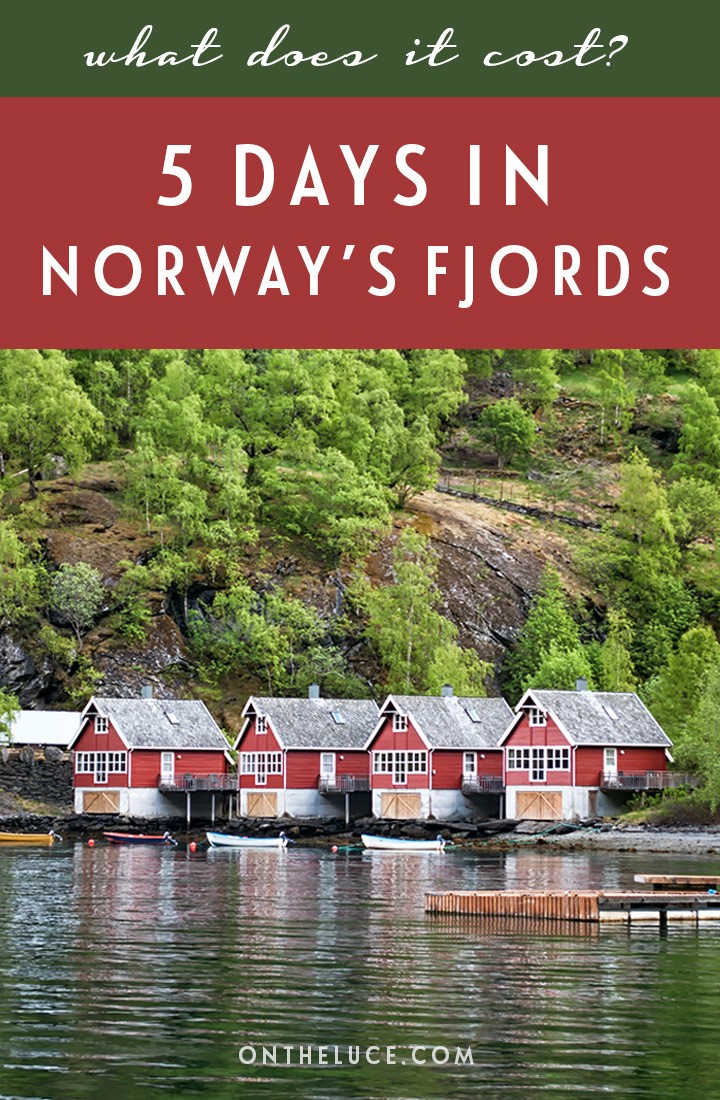 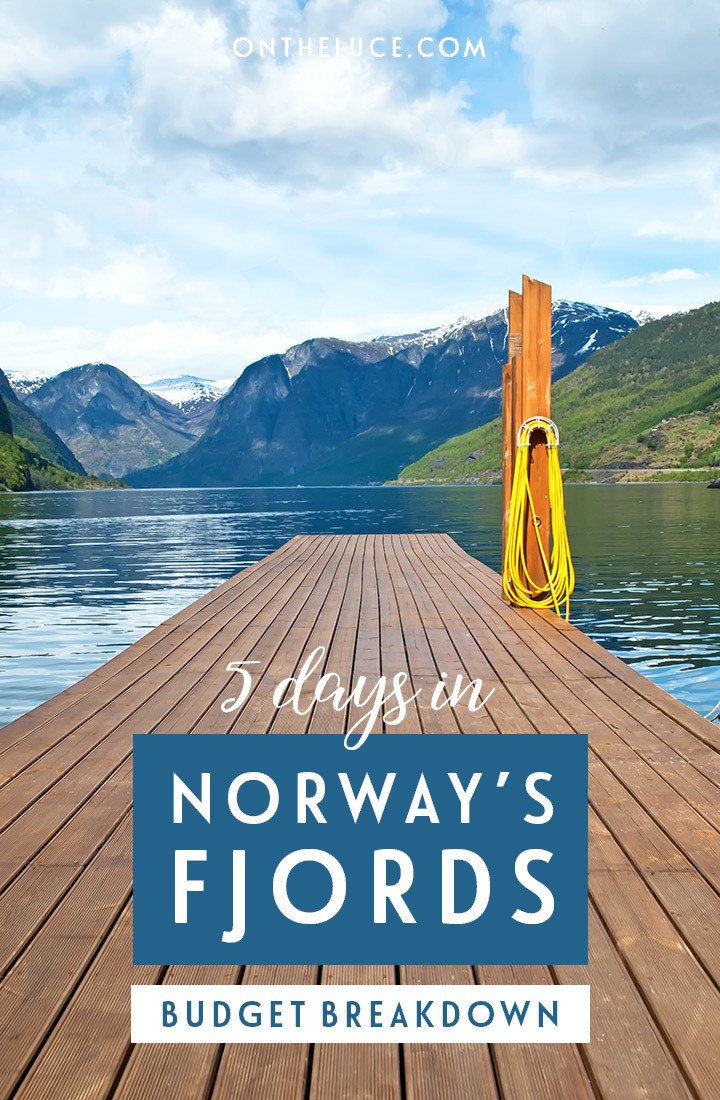 Nice to see that you have mentioned all the details regarding What does it cost? 5 days in Bergen and the Norwegian fjords. I read your blog as I'm planning to visit Norway and your article helped me to understand how much would it cost. Thank you for sharing this blog.

Thanks so much – glad to hear it was useful!

Thank you for an informative article. Just one thing. I am planning to travel to Bergen and I don't know nothing about the accommodation. Will it be very expensive? Of course, since I was lucky to buy cheap plane tickets, now I can spend more for food and hotel. However, as most of us, I don't want to overpay. :)

We only have one day to see as much of the fjords as possible from Bergen, what would you recommend would be the best way of doing this? I've seen tours, but the advice seems to be to avoid them.

Hi Kayleigh, the Norway in a Nutshell tour is definitely the easiest option and seems to have fairly positive reviews, though it can get busy in summer. Or if you're able to hire a car you can get out into some of the less developed fjords and travel around independently (you could drive to Flam or Gudvangen then take a round trip fjord cruise). Have a great trip.

I never thought that this country is so beautiful, i visit it this spring, one of my greatest tour, rally love this country!!

Just gorgeous isn't it – one of the most beautiful places I've seen so far.

I just booked my trip to Sognefjord (for hiking) for next july and though i love to see all the gorgeous pictures, i'm in some serious need of prize informations etc. So thank you!

Hey! If you're going to the Sognefjord you should definitely stay at Eplet Bed & Apple for a few days. It's an amazing friendly hostel with the best view in Norway! And as cheap as it gets, especially if you stay in the dorm :) You can do loads of different hikes from there, plus bike rides, and you can visit the biggest glacier in Europe. Enjoy Your trip!

So glad that it came in useful! And hope you have a fabulous trip, the Sognefjord in summer will be gorgeous.