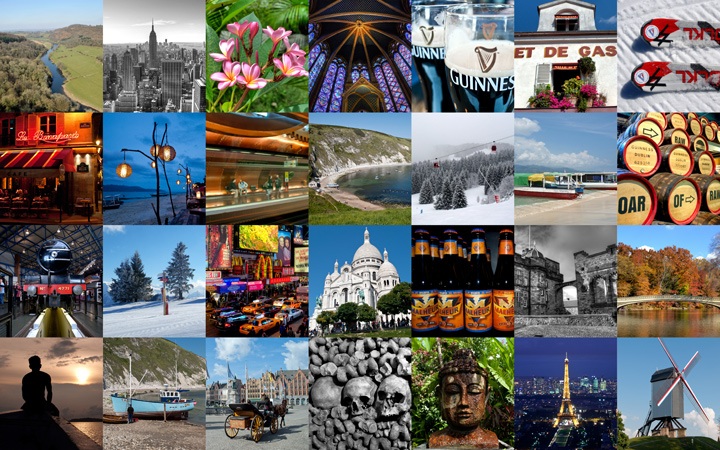 It’s coming to the end of the year which means only one thing – it’s time for an influx of end-of-year review blog posts! So here’s my version… 2011 has been a year of huge changes for me. This time last year I had a steady, full-time job for a London university. But after almost ten years in the capital, in January I gave it up to be a freelance editor/designer and move to Cheltenham. One of the big reasons for the change was to have a more flexible working life. I’m never going to be able to be fully ‘location independent’ – and nor do I want to, I love being near friends and family, and having the stability of a home base – but I did want to be able to travel more, and fit my work around my life a bit more, rather than the other way round.  So how has the first year gone? Well, not bad at all!

Leaving London lowered my living costs massively, which has taken the pressure off, and I’ve managed to find enough work to keep me going. Freelancing has meant a few full-on long working days, but also let me travel more often and for longer. Not being limited to a 25-day holiday allowance has meant I can take up more travel opportunities – whereas I’d usually have to weigh up which I’d rather do, I can now say yes to everything! So I’ve been able to travel with different people – my boyfriend, my family, my friends and on my own – and in different ways. By the end of the 2011 I’ll have spent a total of four months travelling, or a third of the year. Not a bad target to try and beat for 2012… but how did I spend it? 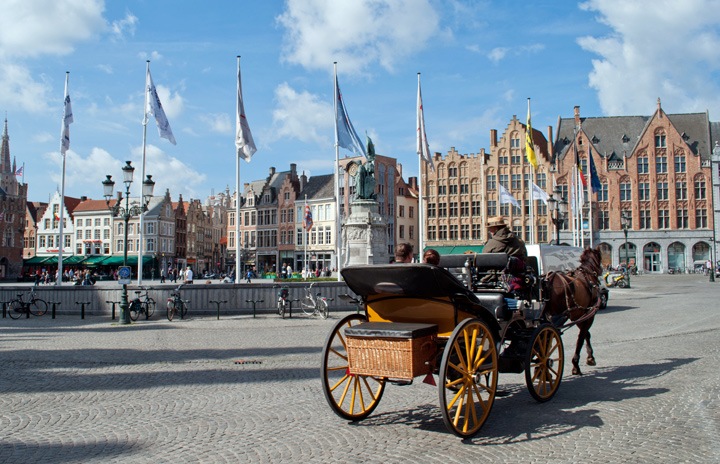 Winter: On the slopes in the French Alps

I love skiing and always fancied the idea of spending a season on the slopes. So I looked into renting somewhere and having friends and family come out to stay to help with the cost. The plan got slightly downgraded after I got nervous of the scarily expensive season rentals, but I found a place for five weeks in the town of St Jean d’Aulps, near Morzine in the French Alps. The apartment was tiny – though I managed to pack in 15 people over the five weeks – we had the least snow in years, but still had a great time. I also got an unexpected tan, with temperatures up to a sunny 16 degrees on the slopes at the start of February. But lots of vin chaud was drunk, lots of racelette was eaten, and every one of my snow novices loved it so much they want to go again, so that makes it a successful trip in my book. 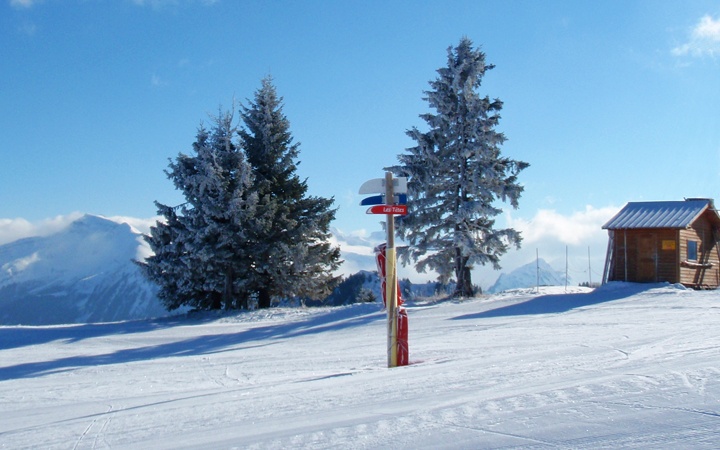 On the slopes in St Jean d’Aulps

Spring: Back to South-East Asia

South-east Asia is one of my favourite parts of the world, and where I first discovered my love of travel. But after spending a lot of time there on my RTW trip, I hadn’t been back in the eight years since. I’d had to miss out Bali back then as it was just after the bombings, and wanted to go back and finally see it. So I spent three weeks out there in April, visiting Legian, Ubud, Nusa Lembongan and the Gili Islands. It was like south-east Asia on a micro-scale, with white-sand beaches, tropical rainforests, kamikaze motorbike drivers, 100% humidity, street stalls selling anything and everything, kleptomaniac monkeys, persistent mosquitoes, delicious food, and that smell in the air that you only get in Asia. The only thing missing was the manic big-city experience, but I managed a taste of that on my way home with a stopover in buzzing Kuala Lumpur. It was great to be back, and I definitely won’t leave it another eight years. 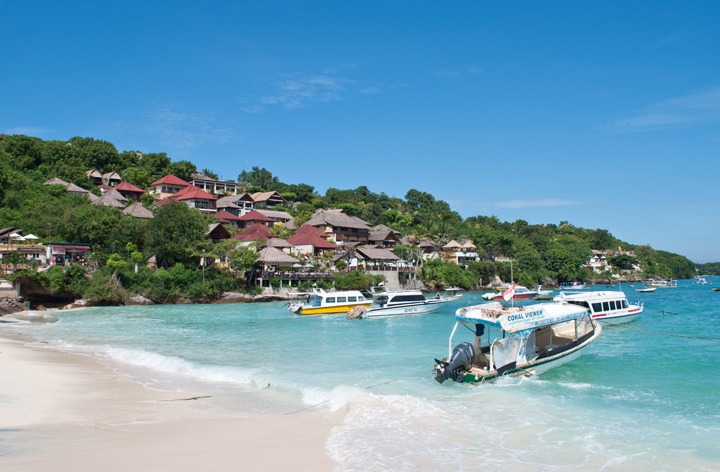 Summer: Exploring the UK (and a bit of Belgium)

I don’t usually go abroad that much in the summer, partly due to the higher prices and partly due to a (misguided) hope there’ll be a sunny summer at home. July and August might have been a let-down, but the weather managed to behave itself back in May for a family trip to Lulworth Cove in Dorset. We hired a big house near the sea for a week of lazing, eating and drinking too much, interspersed with a few coastal walks. Then I did make it out of the country for my annual European weekend trip with my mum. Our destination criteria are a) you can get there by train b) there’s enough to do for a couple of days c) there’s lots of good food and drink (spot a theme here…). So this year’s pick was Bruges, with its cobbled streets, crooked bridges, meandering canals and medieval buildings – and lots of beer and chocolate.

Then I had a free week in September and no idea where to go, so decided to tick a UK sleeper train journey off my travel wish-list (I like trains, what can I say). I came up with a plan to take the overnight train to Edinburgh, spend the day there then head up to the Isle of Skye for a few days before stopping off on the way back in York. An excellent plan… which went completely wrong. After a few train problems I didn’t end up making it to Skye at all, but still managed a great time in Edinburgh and York (and a lesson learnt about the perils of being a travel planner!). 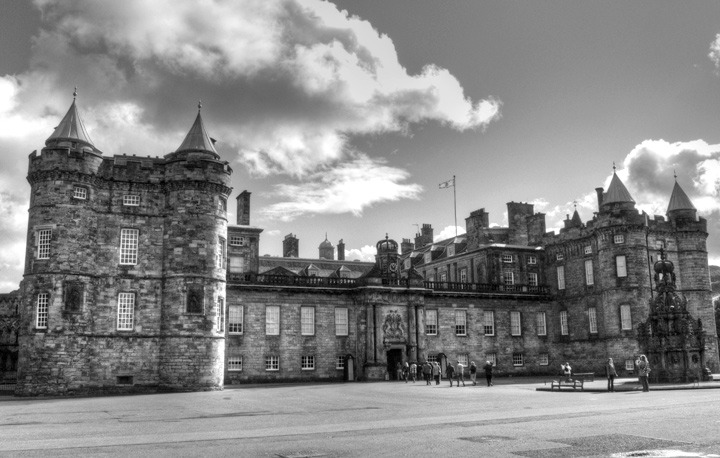 The Palace of Holyroodhouse in Edinburgh

One of the good things about freelancing is that I can usually work anywhere, so when some relatives with an apartment out in Paris needed a house-sitter, I was straight out there. Their building was being renovated so I was there to make it look lived in, but had plenty of time to see the city. With six weeks there I had big plans for what I wanted to see and do – from finally getting up the Eiffel Tower and inside the Louvre (both of which I did), to visiting the Palace of Versailles and seeing if I could dredge up the remnants of my A-level French (both of which I, er, didn’t!). As well as ticking off the tourist must-sees I had time to see some of the more unusual Parisian attractions and events – the Nuit Blanche arts festival, the eerie catacombs, the Promenade Plantée elevated park, the steampunk Metro station. I kept finding more and more to see, so have come home with a longer Paris to-do list than I started with. 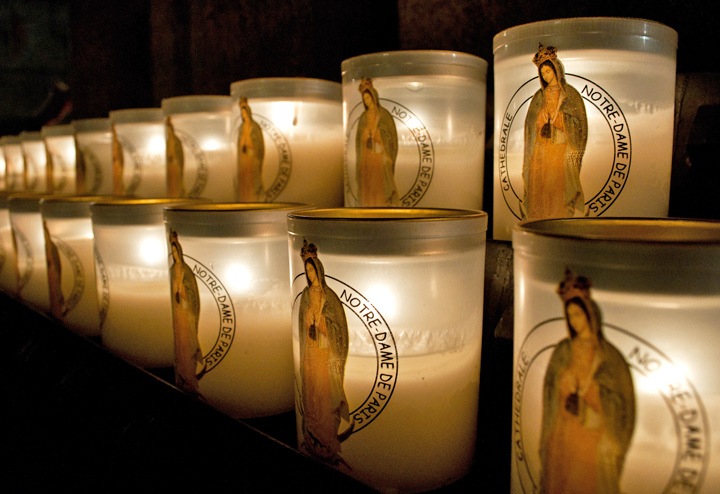 I also managed to squeeze in a couple of long weekends into the end of the year to two of my favourite cities – New York and Dublin. In New York we were treated to some glorious late-autumn weather and revisited some old favourite classic NYC sights – Central Park, The Rockefeller Center and Times Square – as well as discovering some new ones like the High Line Park and New York Public Library. One of my best travel moments of the year was drinking champagne in a rooftop bar overlooking the Empire State Building as the sun set over Manhattan (wrapped up in a giant and very unattractive red Santa-like hooded blanket!). And then just before Christmas it was off to a frosty Dublin for a couple of days, warming up from the freezing cold weather outside with lots of Guinness stops en route. 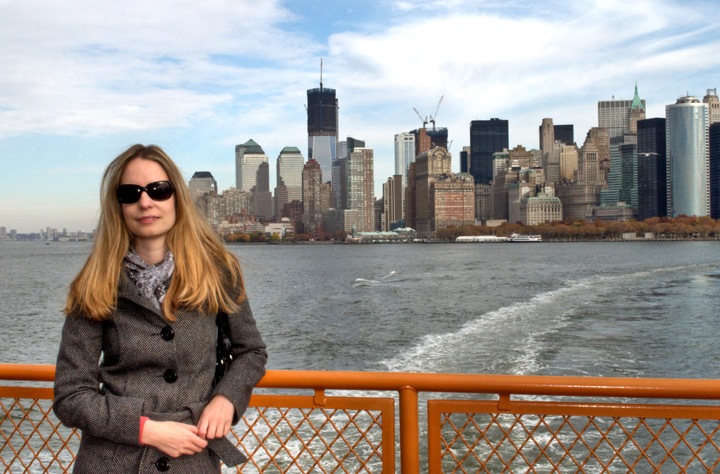 View of Manhattan from the Staten Island Ferry

So that was my 2011 travel year. All in all, it’s been a fantastic one, visiting six countries (France, Indonesia, Malaysia, Belgium, USA and Ireland) for a total of 124 travelling days. Lets see if I can beat that in 2012! More news on my travel plans for next year coming up, but until then thanks for reading and wishing you all a great Christmas and New Year. 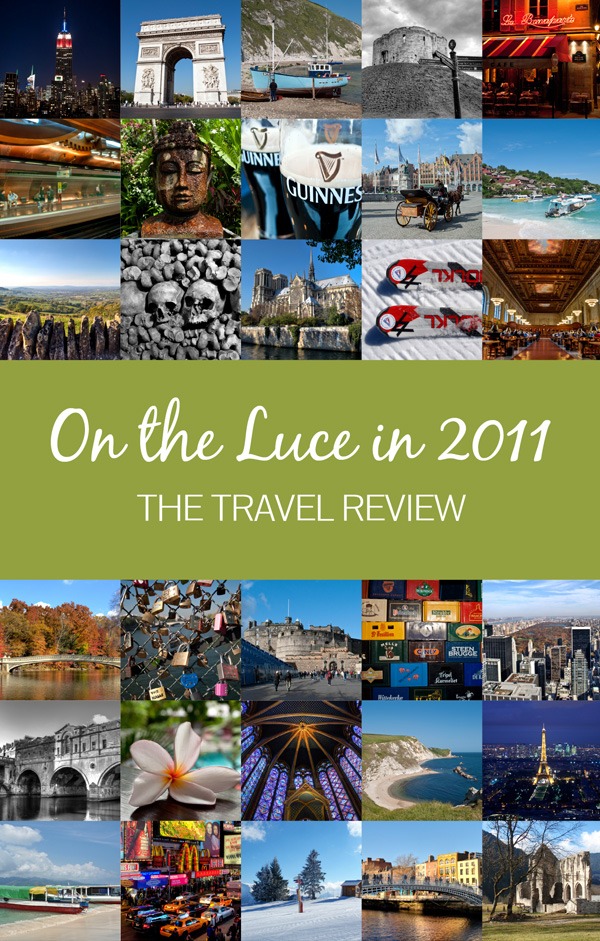 Thanks so much! And best of luck with your travel plans.

Not a bad year! Really enjoyed KL, I'd been about 10 years ago and travelled around Malaysia for a couple of weeks then, but only had time for a flying visit this time unfortunately.

What a fantastic year of travel! May 2012 bring you many new adventures!

Thanks Rebecca, you too. And hope you enjoy the festive season in Paris! x

What a fantastic year you have had! Good for you getting out there and traveling the globe. So many people work too much and rarely take time off. I plan to take advantage of my 7 weeks of paid vacation in 2012 and do some traveling myself. (Although it won't be quite as extensive as your travels). You are inspiring. It gives me hope that I too can find a way to leave behind the typical 40 hour work week and see more of the world.

Thanks Amy, it's been a busy year but lots of good memories (and photos!) to take away from it. Seven weeks is a really good amount of holiday time to get, so hope you manage to get lots of travelling done in 2012, the hard bit is narrowing down where to go! Have a lovely Christmas and New Year x

Wow, what a wonderful year! I think you made a good decision (going freelance). I work from home and I'm very happy too. I don't know if I could stand being shut in the office all day long :) Merry Christmas Lucy, and I hope next year would be as great as this year (or better). xo

Thank so much, freelancing has been great so far and fingers crossed it carries on, as I'd definitely find it tough being back in an office now (never could do the early mornings!). Hope you have a great Christmas and a fantastic 2012 too x