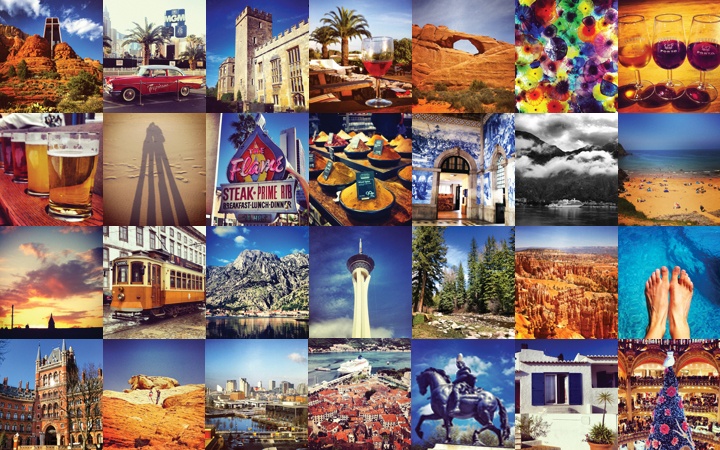 2013 has been a bit of a rollercoaster for me. There have been some big travel highs – like road-tripping around the southwest USA’s National Parks, a girly weekend of port tasting and gossip in Porto, family trips to the Algarve with my family and Montenegro with my husband’s, and then finally seeing Paris looking beautiful at Christmas. The year’s biggest high wasn’t a travel one though, but my wedding in September. Getting all our family and friends together for a weekend of celebrations was fabulous and gave me memories I’ll never forget. But 2013 hasn’t been all highs, I’ve also been struggling with some health problems this year which have made travelling more difficult and caused me to put off or cancel trips I had hoped to do. It’s been frustrating but things are slowly getting back to normal, so hopefully I’ll be back ‘On the Luce’ at full force in 2014! But first here’s where 2013 took me…

After icy city breaks in Manchester and London, my first overseas trip of 2013 saw me celebrate a big travel anniversary in a new country. Ten years to the day after setting off on my 16-month round-the-world trip though India, South-East Asia and Australia, I reunited with my old travel partner Nicki for a weekend in Porto. We got back into the backpacking spirit by staying in a hostel (they’ve got a lot more luxurious since my last stay) and took advantage of some unseasonably sunny February weather to take in the views from the Dom Luis Bridge, wander around the old town and drink beer in the sunshine. And you can’t visit Portugal without trying some Port, so when the rain set in we spent an afternoon tasting and gossiping our way around the cellars at Taylor’s and Ferreira – it was like 10 years melted away. 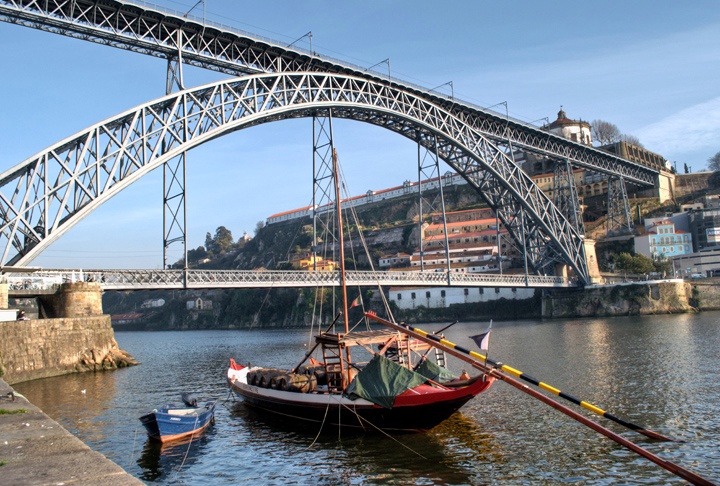 April saw me head off on my biggest trip of the year – three weeks travelling around the southwest USA. We started off in Las Vegas, experiencing everything from vintage neon and mob history to the mega casinos and cocktails by the pool. It’s a totally unreal place but I enjoyed it much more than I expected – as a travel lover how could I resist somewhere where you can visit Paris, Venice, Egypt and New York in one day? We also escaped the city for the more natural beauty of Red Rock Canyon. It was a taster of what was to come, as next up was a two-week road trip across 2500 miles and five states.

Our first state was Utah – a geography graduate’s dream with stunning rock formations in Bryce Canyon, Zion, Arches and Canyonlands National Parks. We also stopped off at Utah’s Little Hollywood and spent a great day volunteering at the US’s biggest animal sanctuary. From there we travelled through iconic Monument Valley before heading into Colorado for a few days relaxing in a lovely cabin in the woods and a visit to the cliff houses of Mesa Verde National Park. Then it was south into New Mexico for a stop in the mountains at Taos and a taste of southwest city living in arty Santa Fe. Our last stretch took us along Route 66 into Arizona for a final stop in beautiful Sedona with its red rock sunsets and spirituality. It was an amazing trip with such diverse landscapes, and I’m already planning another US road trip. 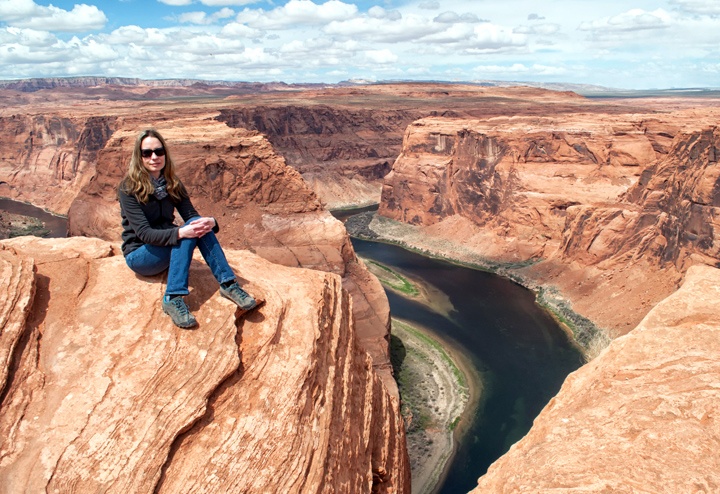 Summer: A taste of the Balkans and a local travel summer

When my father-in-law wanted to celebrate a significant birthday in May with a surprise holiday, we came up with somewhere he’d never guess – Montenegro. I’ve long wanted to visit the Balkans and they didn’t disappoint. After arriving into Dubrovnik in Croatia, we crossed the border and headed south to our apartment on the shores of the gorgeous Bay of Kotor. It wasn’t all perfect – we couldn’t get the car within a mile of the apartment as the road had been dug up, not ideal when there was a torrential rainstorm the day we flew home! But the fjord views, pretty walled city of Kotor and Adriatic coastline beaches more than made up for it. The rest of the summer was spent exploring destinations closer to home – from wide sandy Devon beaches to Neolithic burial chambers and historic houses to luxury prison hotels. It made me realise how much there is to see in my home area and I have plenty more to share. 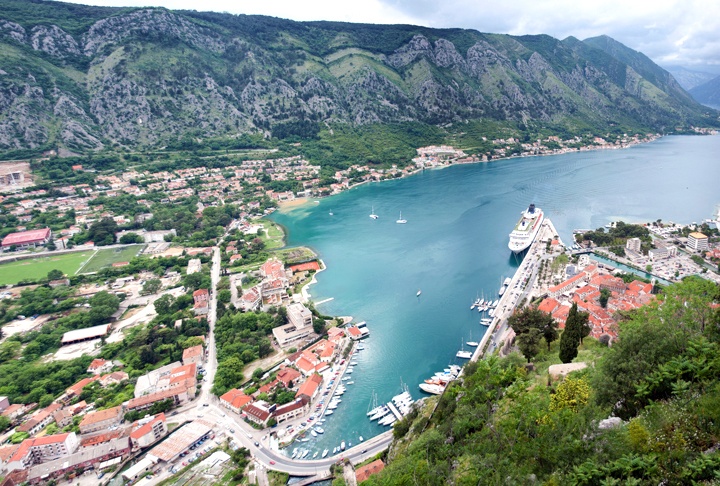 Autumn: Celebrations in Cornwall and Portugal

Travel took a bit of a back seat at the end of the summer as I got submerged by the details of planning a wedding. But after the big day was over we were well in need of some relaxation and recovery time. We’re still working on the big honeymoon question, so started off with a short trip down to the Cornish coast. The weather was more rain than sun, but beyond a few seaside walks we were happy to hibernate in our lovely cottage. Then a few weeks later I headed back to Portugal for a week in the Algarve with the family. After going on about how much I’d loved the country earlier in the year, they were all keen to try it for themselves. So we hired a villa on a hillside overlooking Lagos where we spent a relaxing week swimming, reading, catching up, eating great food and trying out a few Portuguese wines. 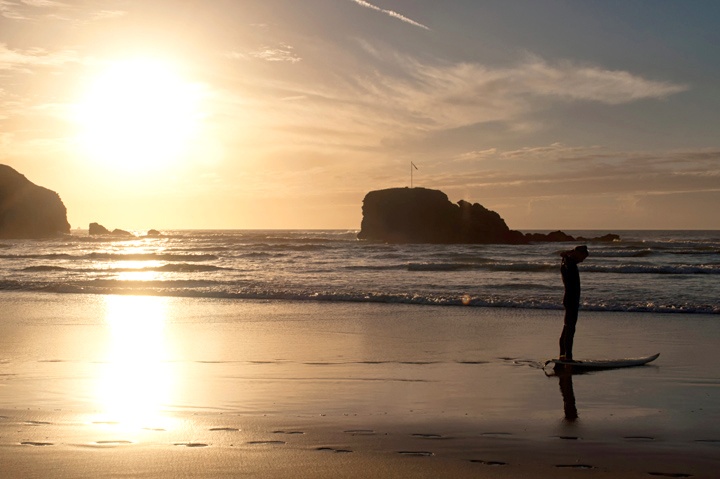 Sunset on Perranporth beach in Cornwall

Then after a quick local weekend escape to a country house hotel just outside Stratford-upon-Avon, my last trip of the year took me to London then Paris (I couldn’t have a travel review without at least one Paris trip!). In London we got into the Christmas spirit with carols at the Albert Hall before catching the Eurostar on to Paris. I’d never seen the city in winter before and it didn’t disappoint. The sun shone for wintery walks along the Seine and the city put on an impressive Christmas show with stunning decorations under the stained-glass domed roof of the Galeries Lafayette department store, twinkling fairy lights strung along the Champs-Élysées, and vin chaud at the Christmas markets. Not a bad end to the year! 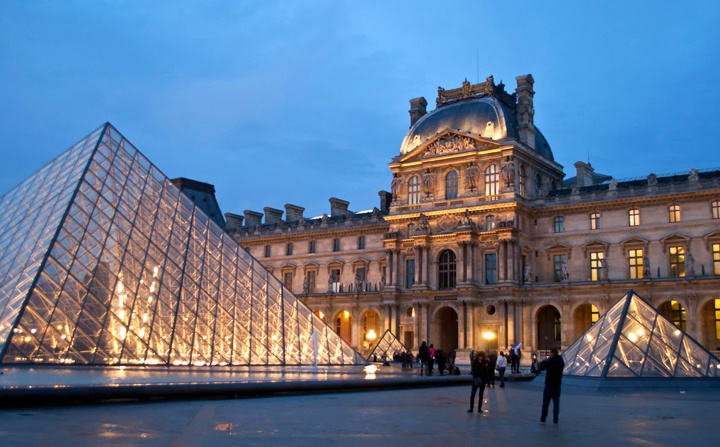 The Louvre at dusk

So that was my 2013 travel year – there might not have been quite as much travel as I’d have liked, but I still managed to visit five different countries (Portugal, USA, Croatia, Montenegro and France), three of which were new to me, as well as exploring my local area and beyond across the UK. And there’s a lot more to come next year – details of my big travel plans for 2014 coming up soon, but until then thanks for reading and wishing you all a great Christmas and New Year! 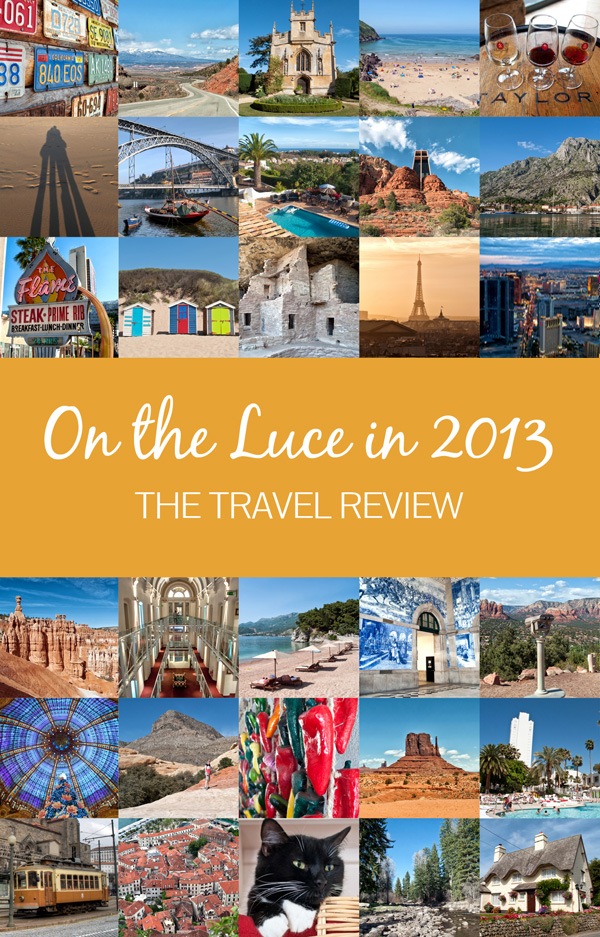 Montenegro is high on my want list. I tried to fit it in last year, but it's hard to fit everything in when you want to see the entire world NOW.

I live in the US and have never been to Utah. It looks like I've been making a mistake.

Montenegro was fantastic, I'm really keen to explore more of the Balkans now, though as you say it's tough to fit everything in when you have a huge travel wish list! Would definitely recommend Utah and the southwest though, so many amazing landscapes packed into a small area, I filled up a whole memory card!

Sounds like a fab little year! Happy new one...excited to see where it takes you!

What a big year it was for you! Congratulations on your marriage. somehow I had managed to overlook that small bit of news ;). Despite being poorly, you packed in a lot of travel. I can't wait to see what you do in a year where you're fighting fit! I have been a dilatory blog reader at best - will aim to do better this year, starting from now.

Thanks so much, yes it was definitely a big year. Lots of plans in the pipeline for next year already too! Hope you have a great 2014 too.

Thanks, I love doing these round ups, always good to relive some of the great memories of the last year! Hope you have a very happy new year.